I’m a little behind on posting because this past week I was preoccupied with wrapping gifts and sending them off to the States so that they will (hopefully) arrive before Christmas. Now that I’m all done I can write about our adventures from last Sunday.

Korea has a vibrant cafe culture. There are all sorts of themed cafes – dog cafes, cat cafes, board game cafes, Hello Kitty cafes, etc. If you can think of it, Korea has it. On Sunday I wanted to visit one of the more interesting cafes I had read about: a sheep cafe!

The cafe is called Thanks Nature Cafe and it’s in the hip university area of Hongdae. There are two sheep that hang out in an outdoor pen opposite the indoor cafe. Since it’s winter no one was sitting outside, however, there was seating for people in the sheep pen so I think when the weather is nicer we’ll have to go back and sit with the sheep. When we first arrived the sheep were out and walking around the pen, but when we left they were in a smaller pen off limits to the cafe patrons. The interior of the cafe was really cute and outfitted with plenty of adorable sheep items. They had good coffee and tasty waffles too. We’ll definitely be back.

I got to pet them!

The cafe decorated for Christmas! 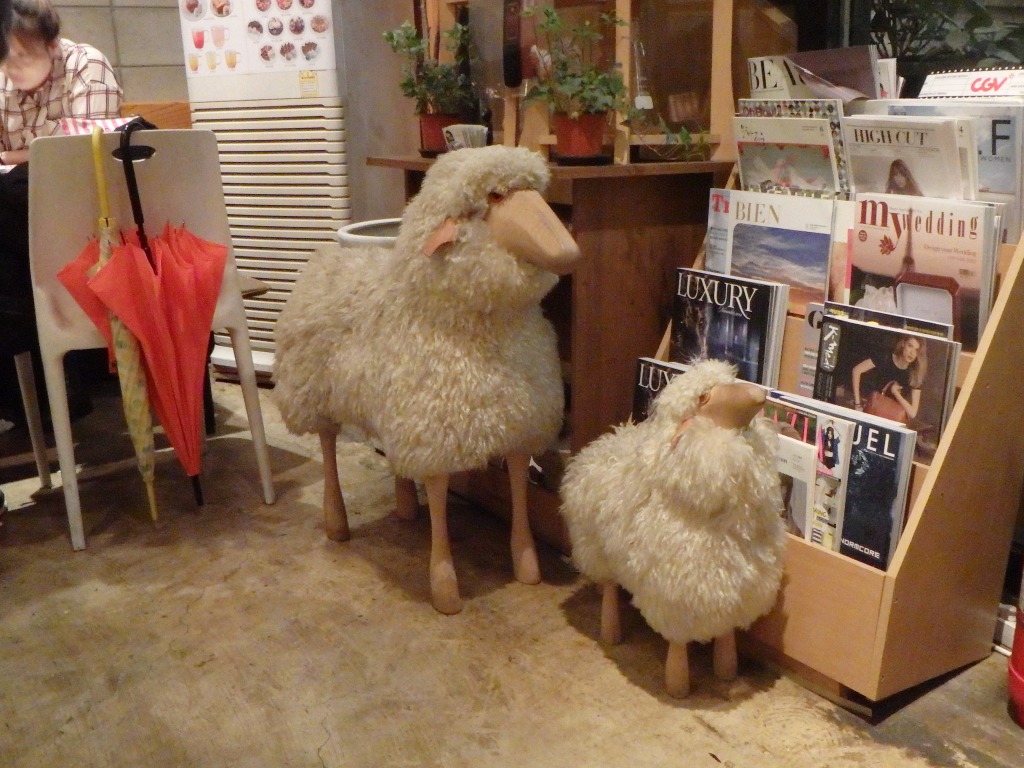 Settled in for the evening

We also wanted to try and see a hockey game on Sunday. There’s an Asian League comprised of teams from Korea, Russia, China, and Japan. So we left the sheep cafe and made our way out to a deserted-looking ice rink. The tickets were 6,000 won each which is around $6. We missed the first period but didn’t have to worry about finding good seats – there was hardly anyone there!!

There weren’t any concessions available for purchase. It looked like people brought in whatever they wanted. There was a group of guys who had a cooler of beer and another guy eating McDonald’s. It was also realllllly cold. A lot of people had blankets and no one took of their winter jackets. So, next time we’ll be more prepared! The other foreign teachers at our school, Paul and Pam, came along too. It really was a fun game – even more so, when a Korean couple sat right behind me with their inflatable noise sticks. There weren’t many organized cheers, but they did blast club music at different points in the game. Unfortunately, games aren’t played very regularly in Seoul as the teams travel to Russia, Japan, and China too. So hopefully we can go to another game in January or February. 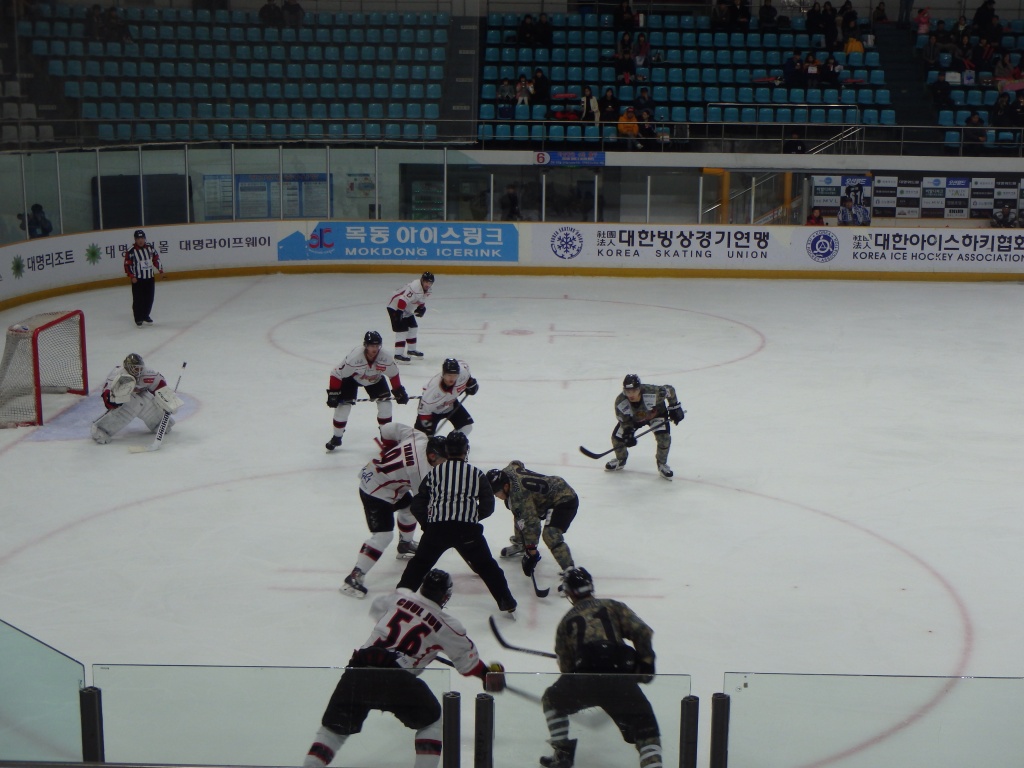 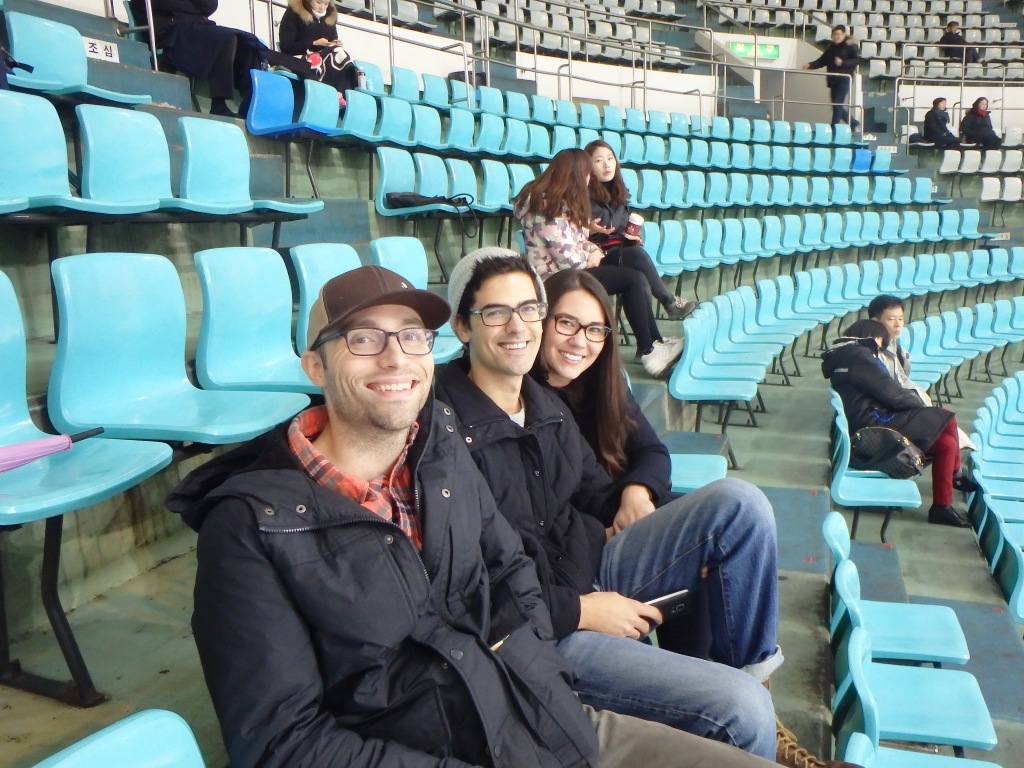 They were cheering and yelling – I liked them