The internet here at the farm is fickle… ugh. So here are some belated posts.

We are sitting in a cafe in Libramont waiting for our train to Florenville. It’s a bus and another 2 km to the farm. Long travel day, but not nearly as hectic as leaving London.

Waiting for our train 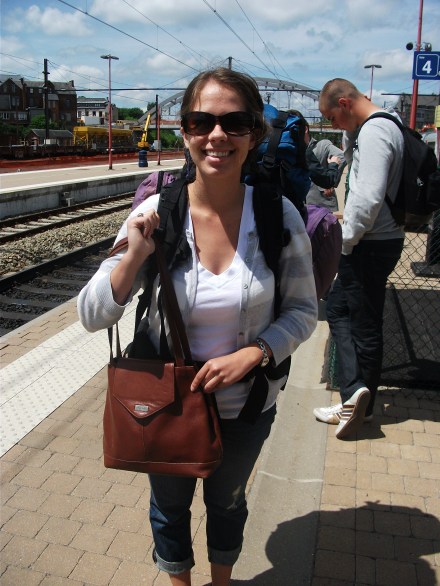 My new vintage purse from Brussels

Brussels was interesting. It is the most cosmopolitan city in Belgium and the only city where both French and Flemish are spoken. In that way it was also a little confusing. All of the street signs are in both languages and change frequently; we got lost more than a few times. We spent Saturday wandering around the city. We went back to the Grande Place and then spent a couple of hours at the Musical Instruments Museum. They have the largest collection of instruments in the world and when you stand in front of different instruments a sample plays in your headphones. There aren’t many sites to go visit so after a few hours we felt like we still hadn’t seen much. We did have fries, or frites, at the famous Antoine’s at Place Jourdain and sat at a bar with some Blanche de Bruges. Since we were off the tourist path we did discover the real Brussels. We found Little Africa – where many immigrants from the Congo live – and a great little vintage store. Zach bought sunglasses and I found the best vintage purse ever! In fact I am using it now! Brussels is in many ways like a third world country, as our CS host Rajiv said. (Who was a fantastic host! Extremely hospitable and gracious. He would make us breakfast in the mornings and we would sit up at his dining table late into the night talking and drinking port.) It’s quite dirty with trash thrown all over the streets and sidewalks, broken glass and beer bottles littering old buildings and monuments. Brussels has its own little charm though. Rajiv took us and our fellow couchsurfer, Renato, to a great little local cafe where we were able to sample local foods and beers. Zach and I split a bucket of steamed mussels provencale – a national dish – and Renato had horse! – which we all tried of course. 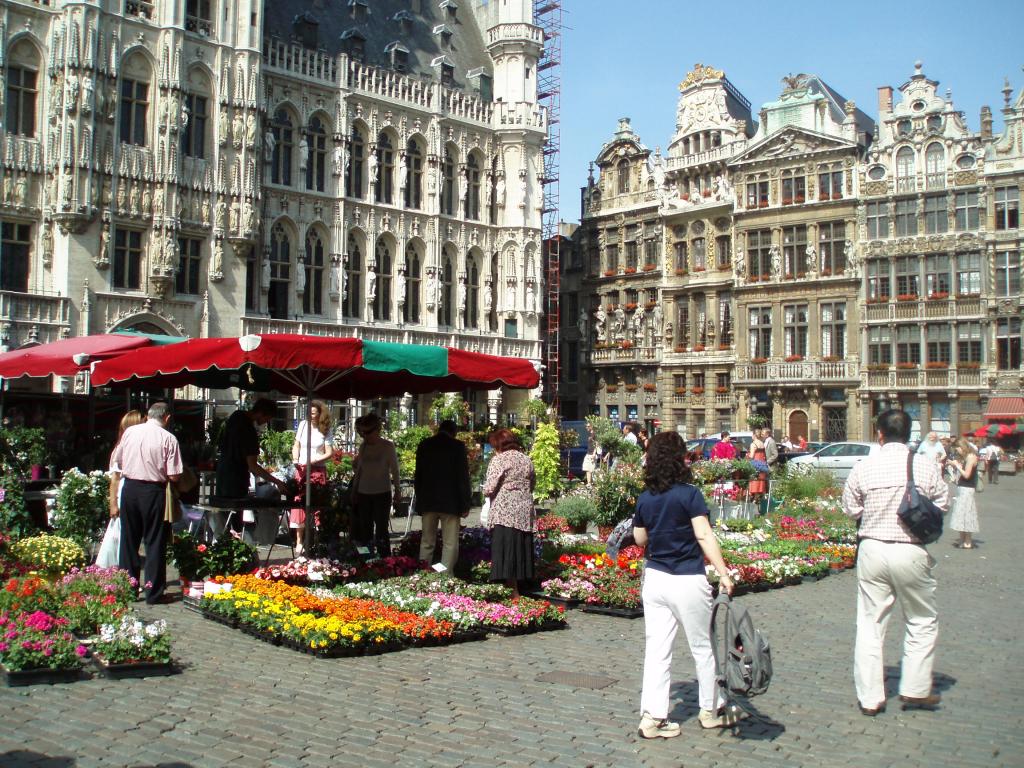 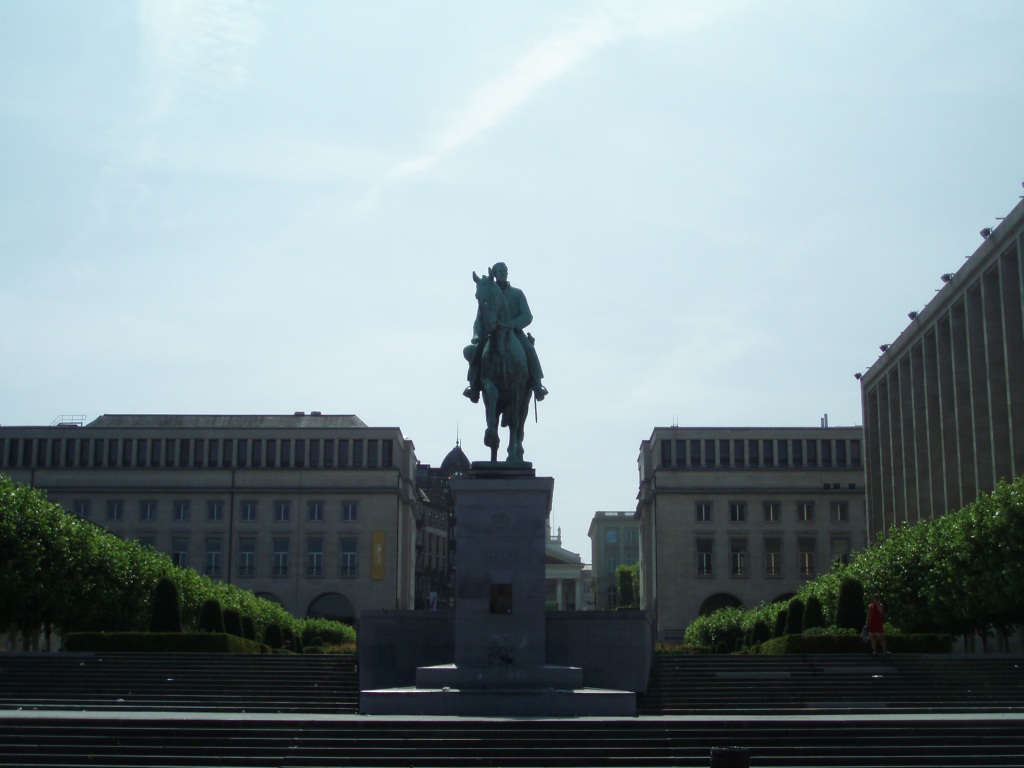 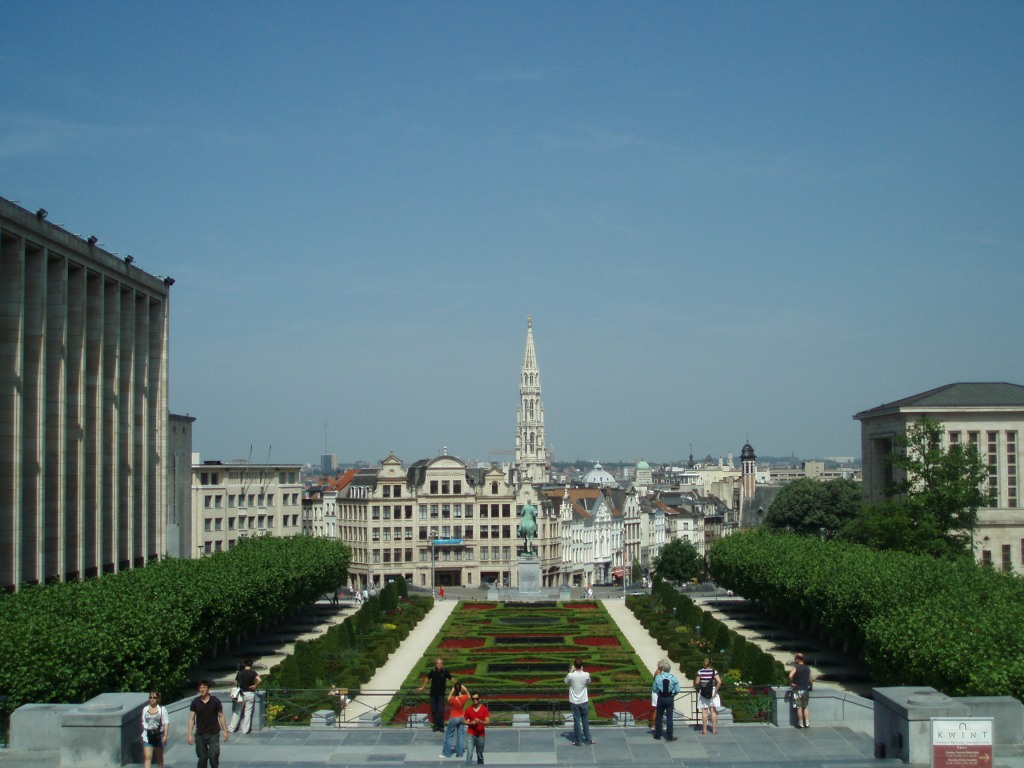 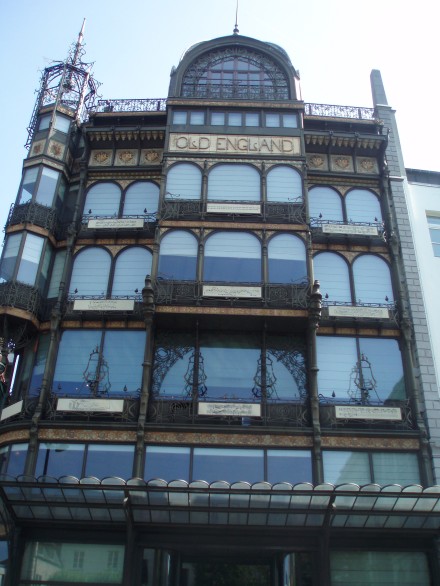 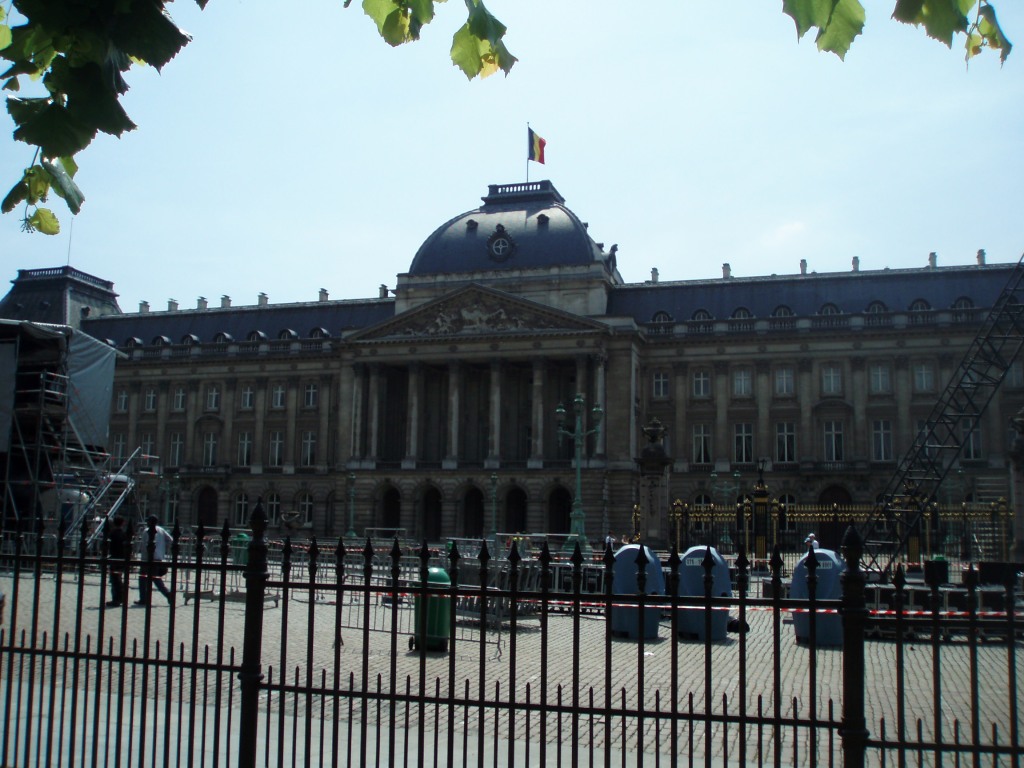 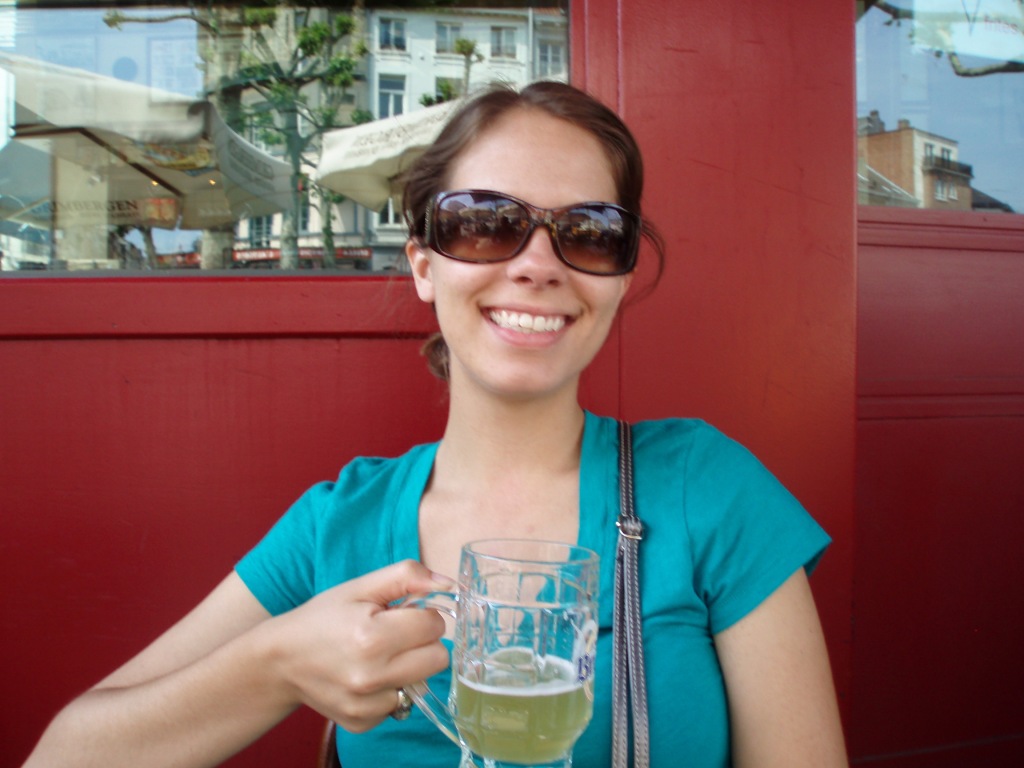 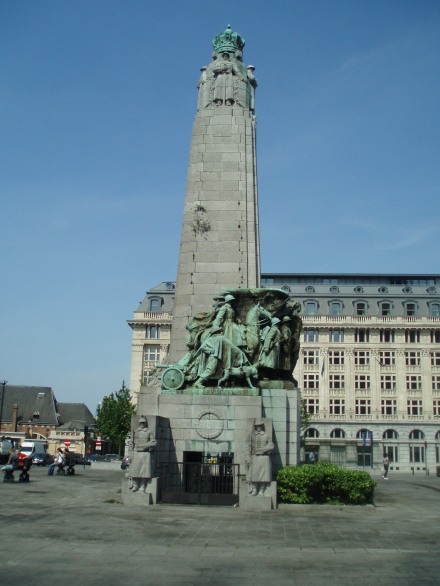 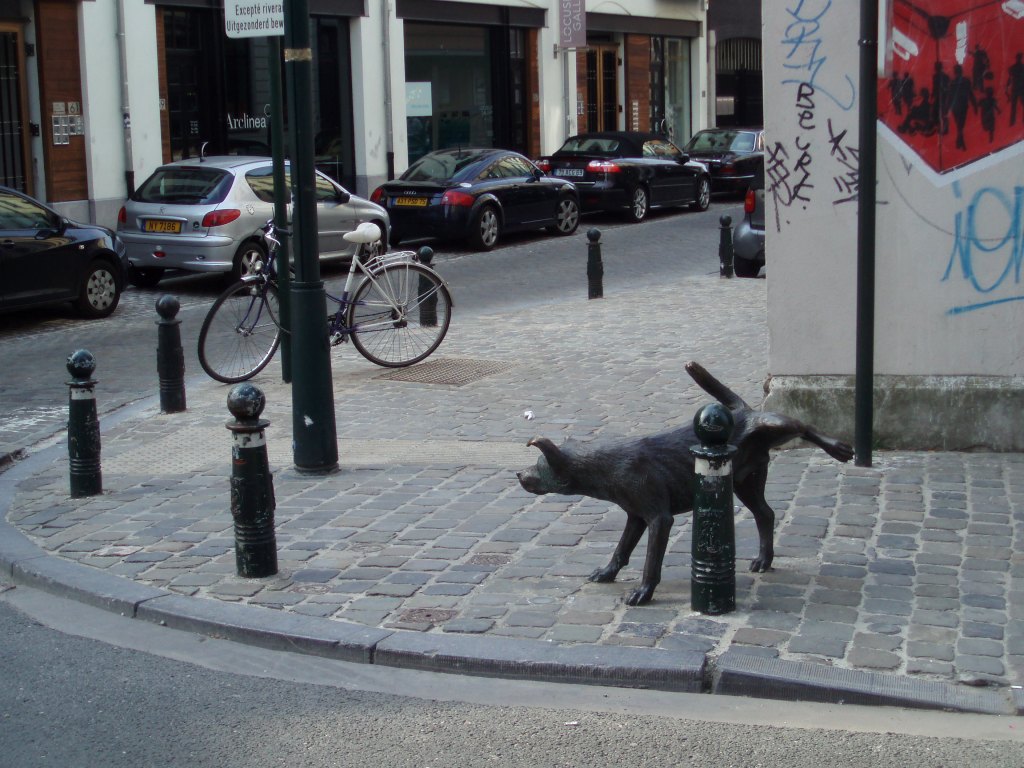 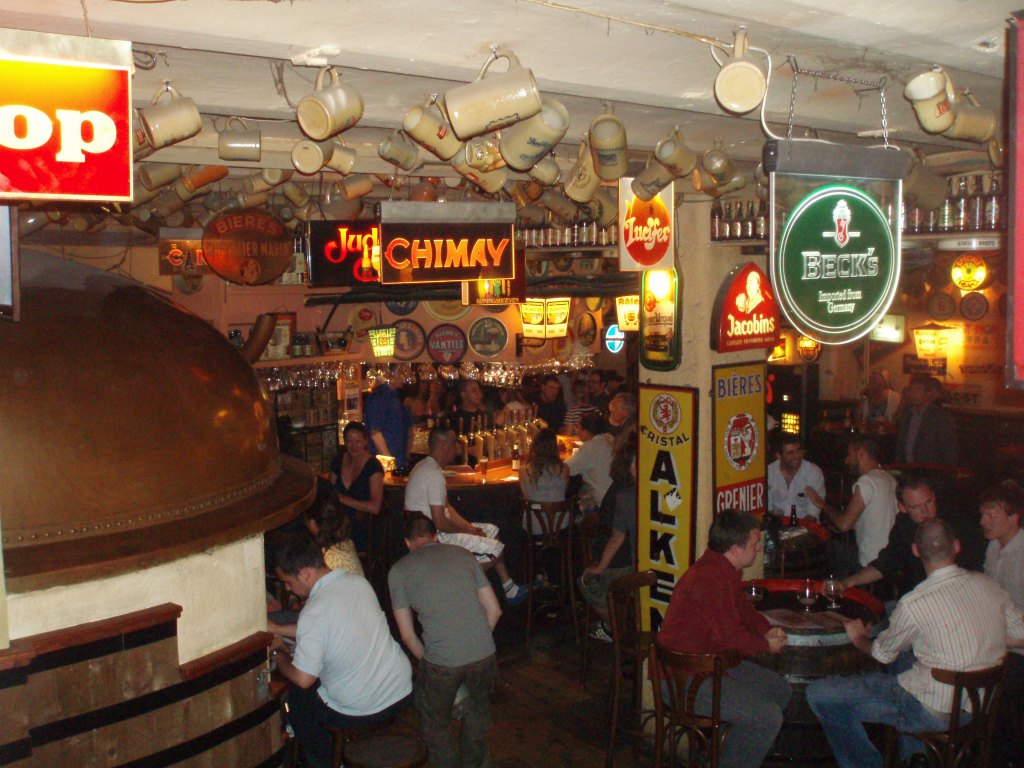 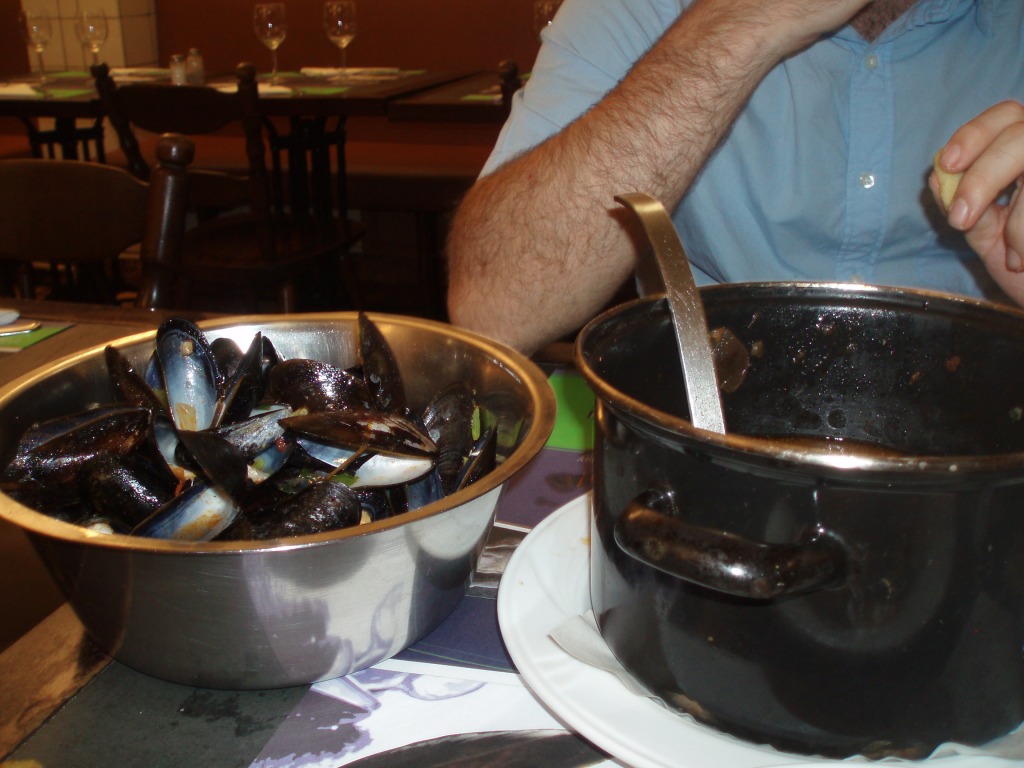 On Sunday Zach and I went to Ghent where we met up with the family Zach stayed with when he was in high school on a band tour. They were very anxious to show us around and were incredibly hospitable and excellent guides. The city is being torn up right now and when we first arrived the tram route was different than our map. We ended up riding the entire loop back to the station and starting over again – very frustrating in a city where all the signs are in Flemish! We eventually made it to one of the main squares and began our journey with the de Winnes. We strolled aimlessly for a bit passing the charming canals with boat tours chugging back and forth. We saw the medieval castle, but didn’t take the tour-next time we’ll have to. The meat house is an impressive old building and it was a huge meat market in the middle ages. We ate waffles (wafels) at Ghent’s oldest bakery, we saw the smallest building and the smallest cafe, as well as the smallest street. It seemed to be a theme that day… except when we took a picture in front of the largest cannon I’ve ever seen. We also bought some delectable Belgian chocolate and the shopkeeper promptly declared that Americans do not know how to make chocolate! He had tried some before… We walked all over the city and got a really intimate view of Ghent – one that we would not have received had it been just Zach and myself. They showed us a little local cafe called Pink Flamingo’s. It felt just like Austin. There was a barbie doll chandelier, antiques hanging all over the walls, Alp-themed knick-knacks, and other random accessories. It was like stepping into a cafe at home. Even though we had eaten Belgian fries in Brussels we decided to try some again from a street vendor with the national condiment: mayonnaise. Not really our favorite thing in Belgium… but it was a necessary experience at least once. After a quick train ride we were back at Rajiv’s flat in Brussels for one more night. 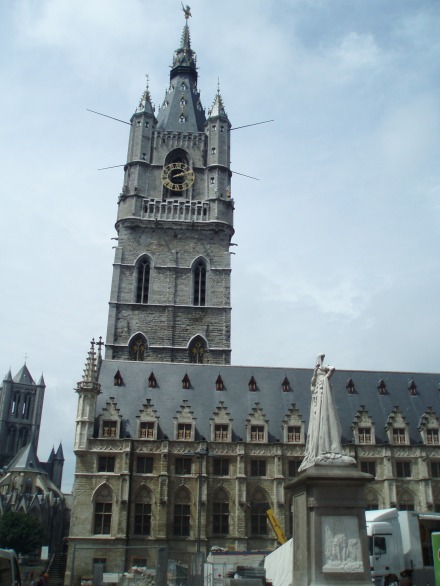 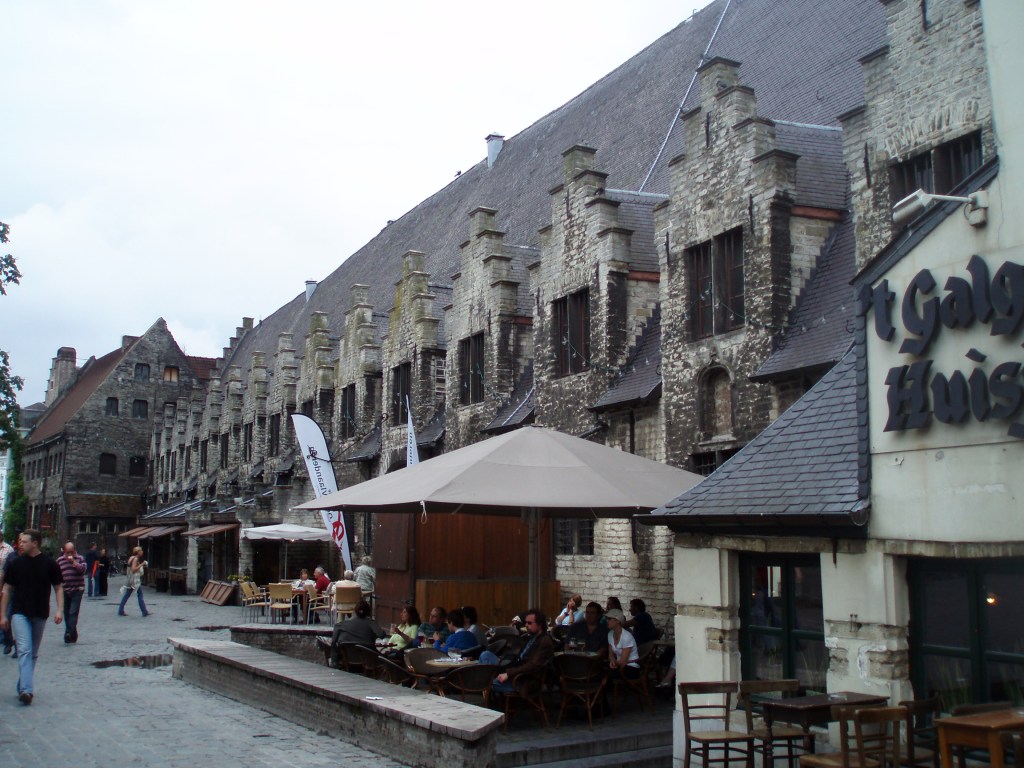 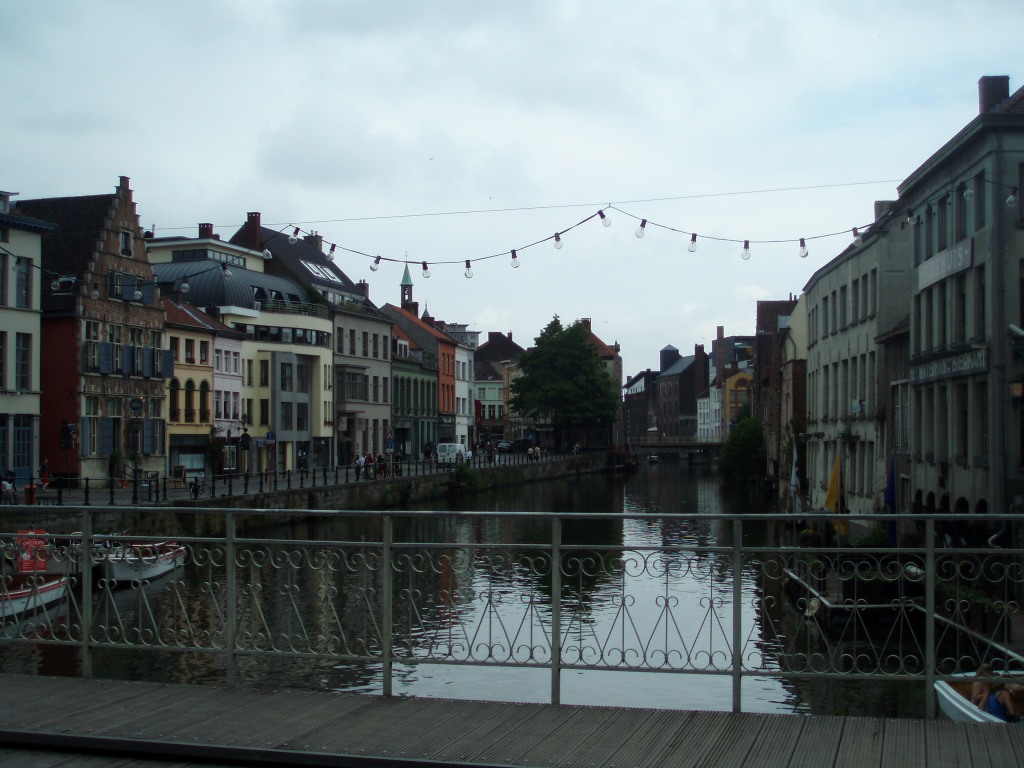 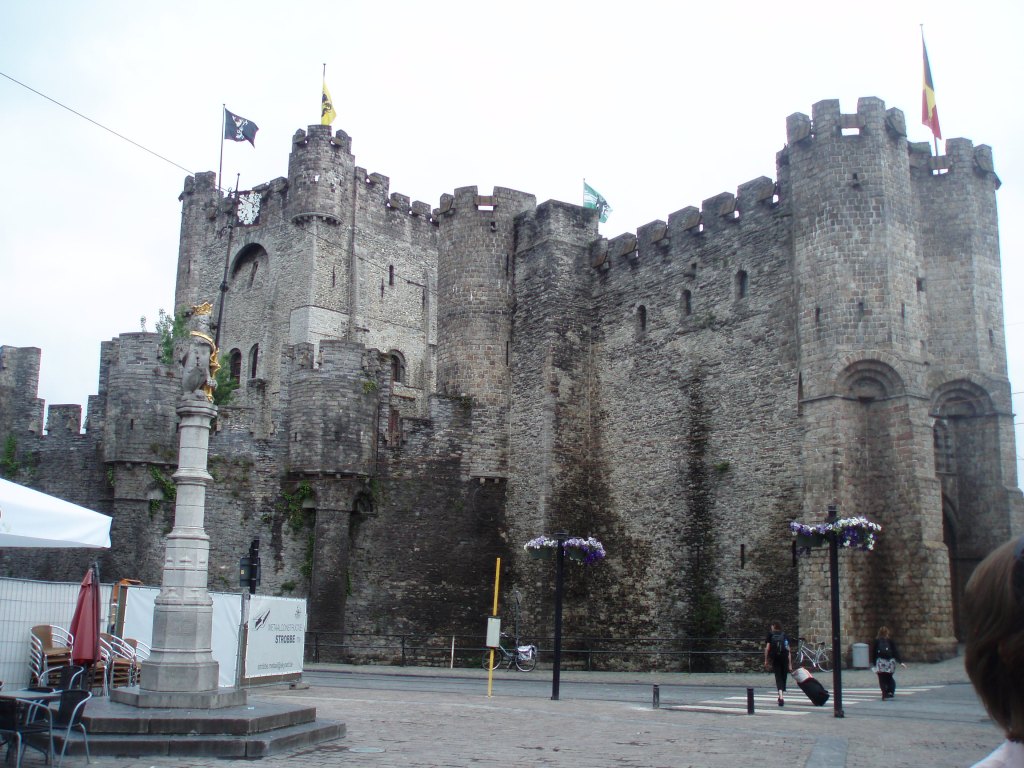 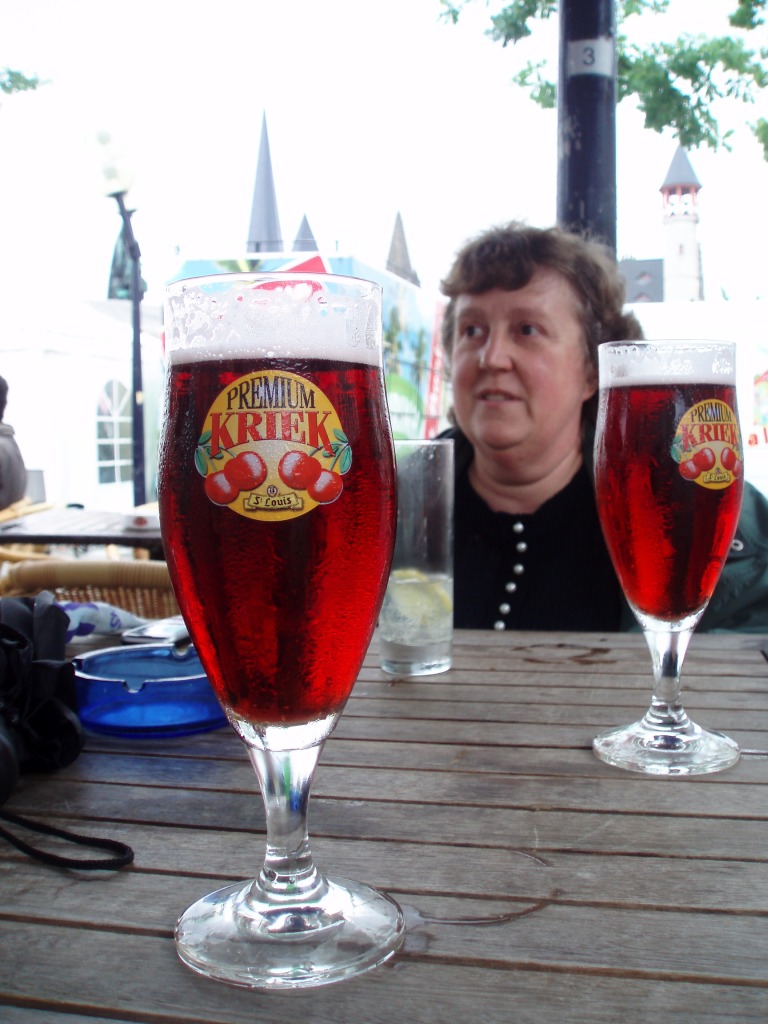 We tried some Kriek – not a huge fan

But I LOVE the waffles! 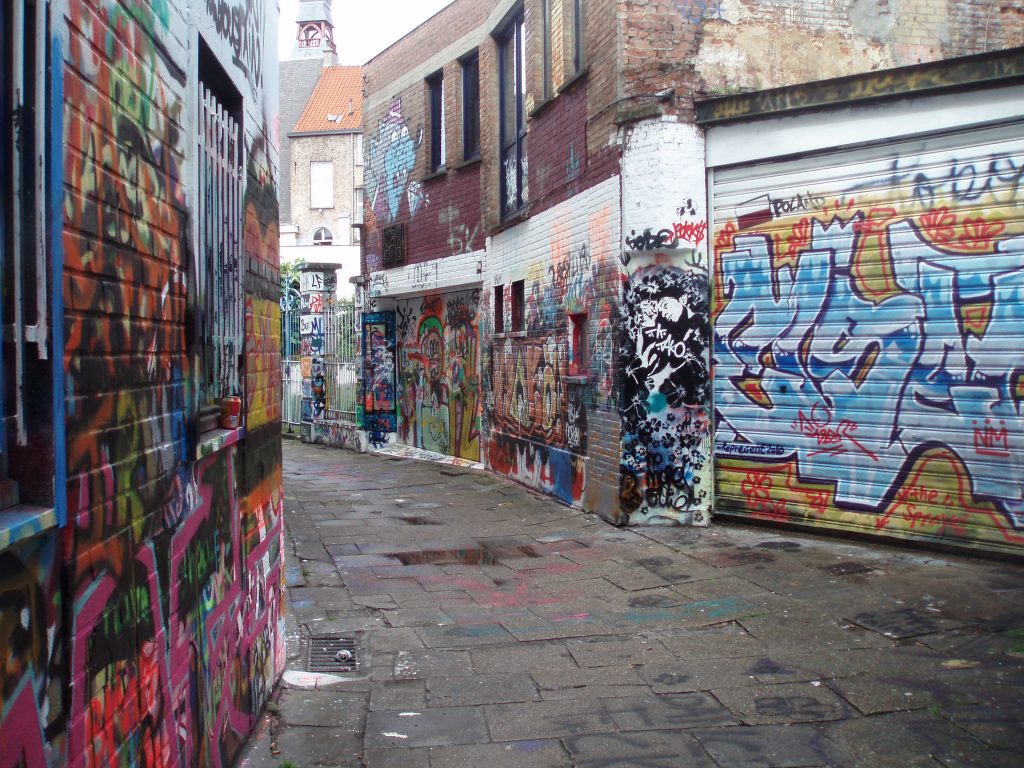 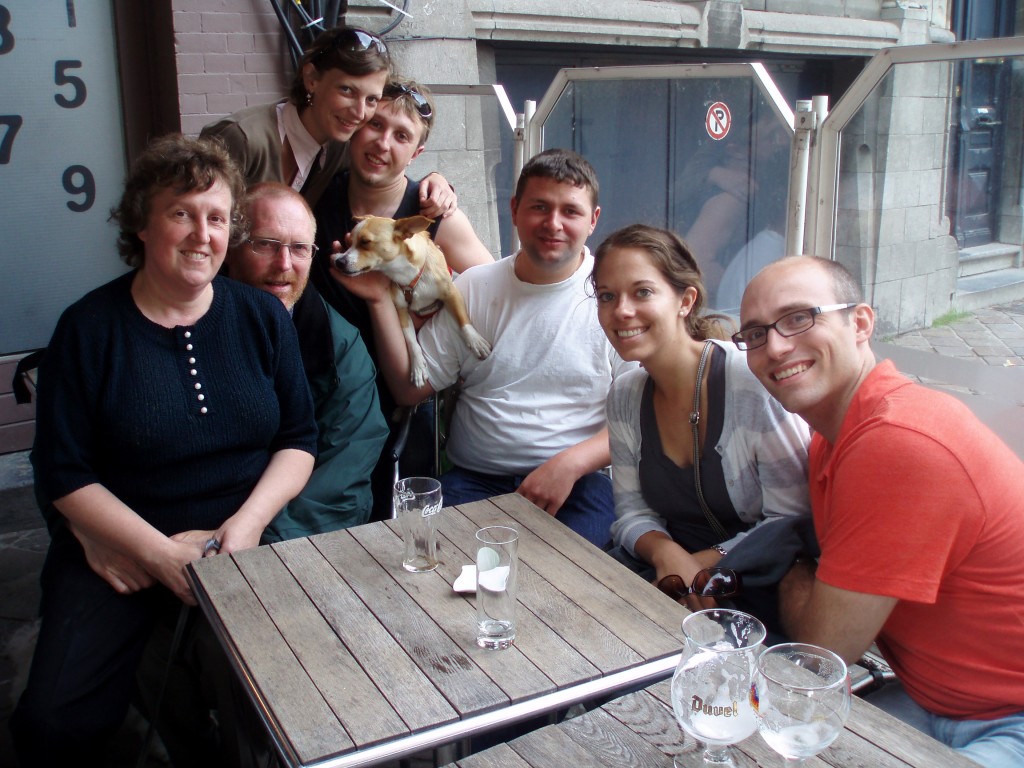