We love Amsterdam. What a fun, beautiful city. It is definitely one of our favorite places thus far. We have also been lucky to receive absolutely gorgeous weather the past two days. Many people think of Amsterdam and immediately associate it with prostitution and marijuana, but Zach and I have come to really love Amsterdam for all of its other qualities.

Yesterday we started our day at the Van Gogh Museum, which was a wonderfully, well-laid out space. We spent a few hours there and then wandered around the Museumplein. We found a grocery store and bought some sandwiches, juice, chips, and chocolate for lunch. Then we sat on the grass and watched everyone come and go on foot, bike, & scooter. Afterwards Zach wanted to see if we could get tickets for a concert at the Concertgebouw. As it turns out we got Under 30 tickets (although the woman didn’t think Zach was under 30 at first) for ten Euros(!) for the Netherlands Philharmonic. Since I didn’t have proper concert attire we went to an H&M and I bought a dress… with a large jaguar and peacock on the front. It was all I could find. We went to the muziekcafe – a pre-concert and discussion all in Dutch – about 30 minutes before the concert began. There was free wine, coffee, water, and orange juice. The concert that night was amazing! The Concertgebouw is a beautiful building and the Philharmonic was excellent. I thoroughly enjoyed it. I doubt I would have gone if it weren’t for Zach. 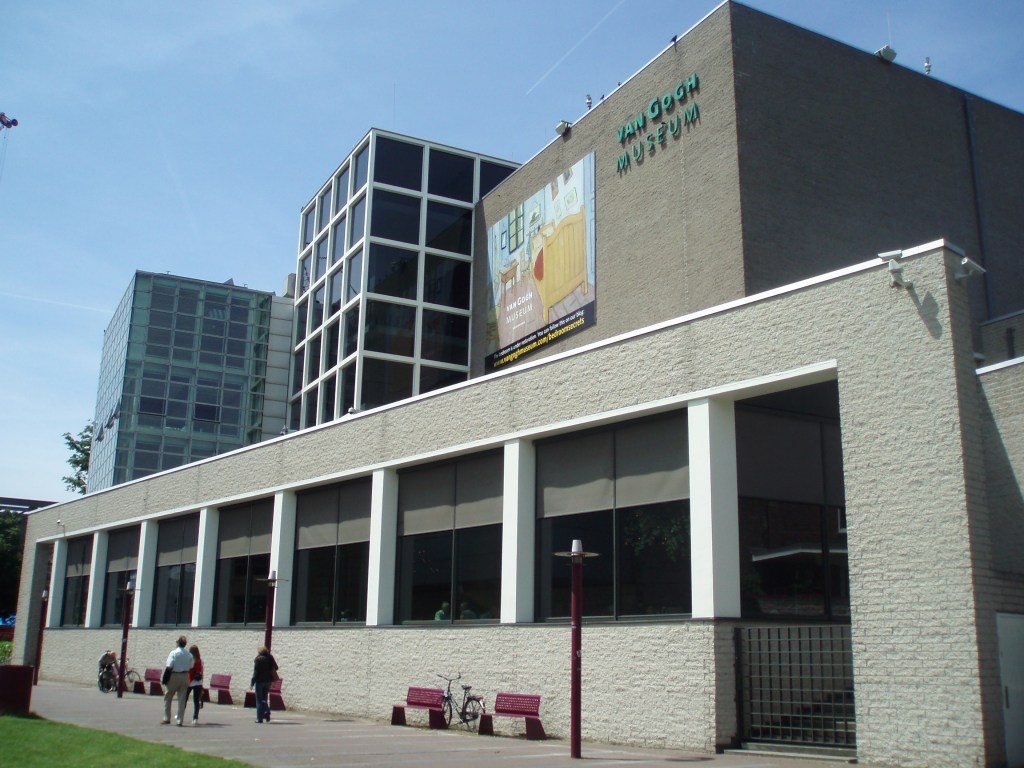 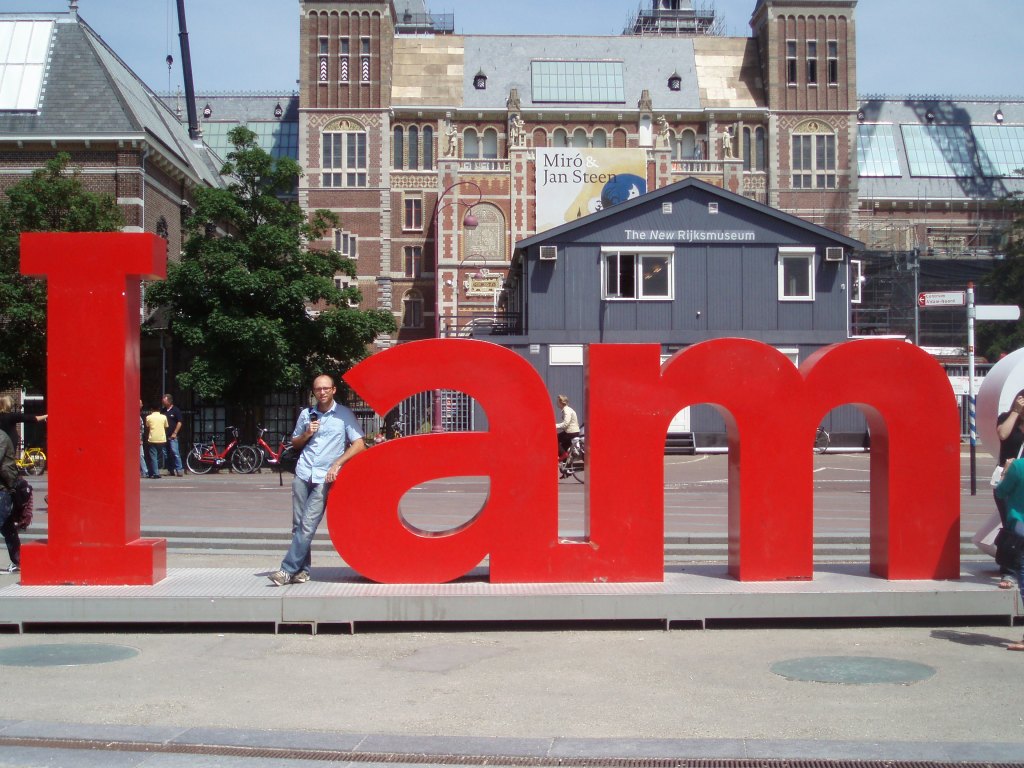 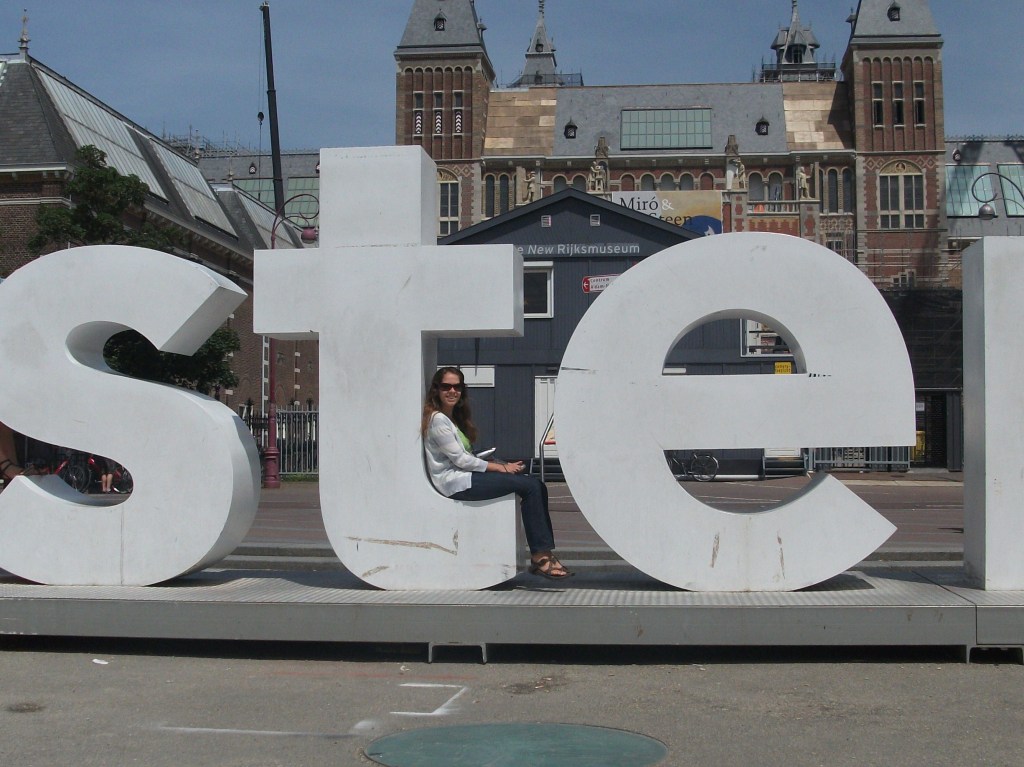 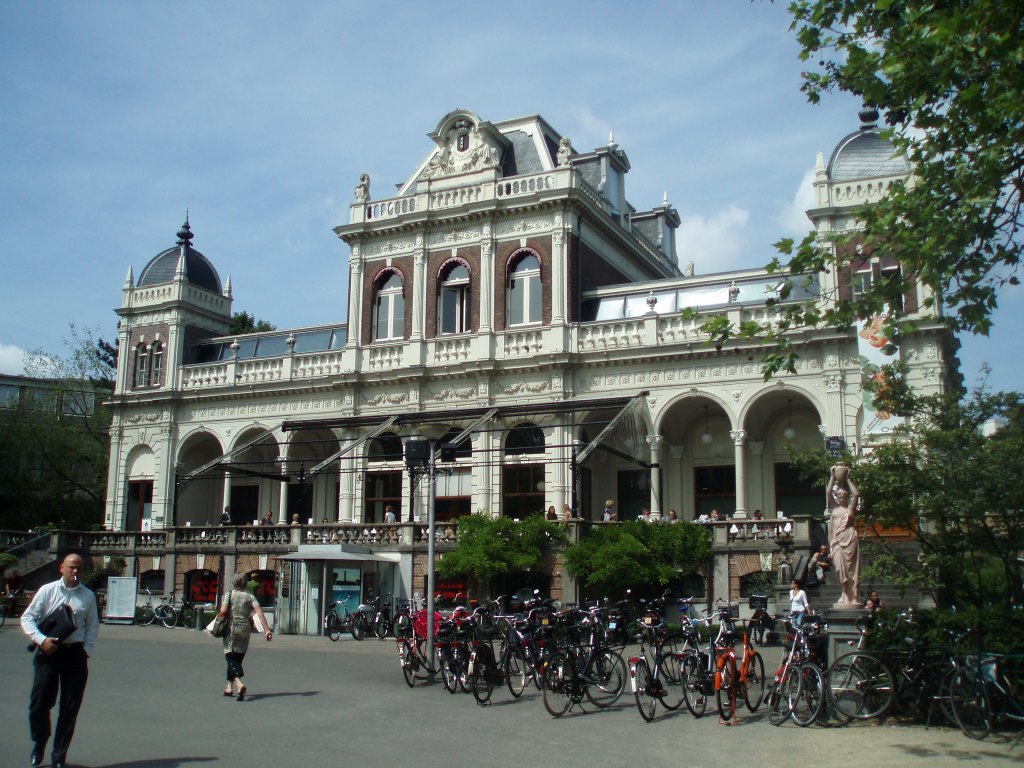 Vondelpark Pavilion – this is where we saw a film 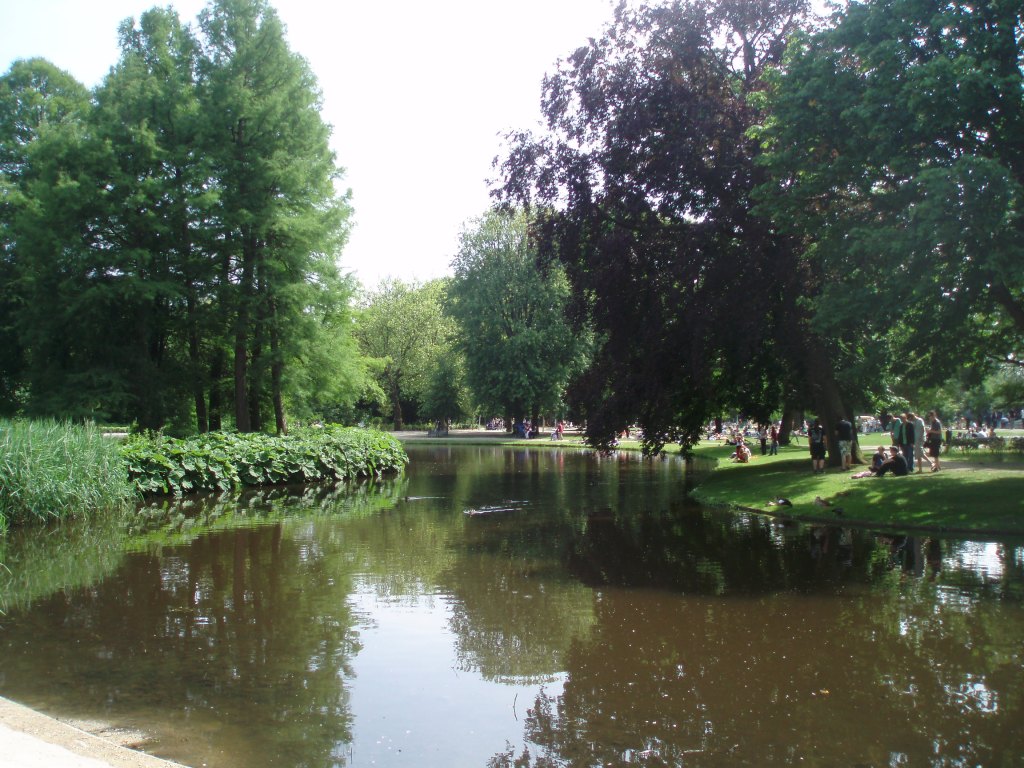 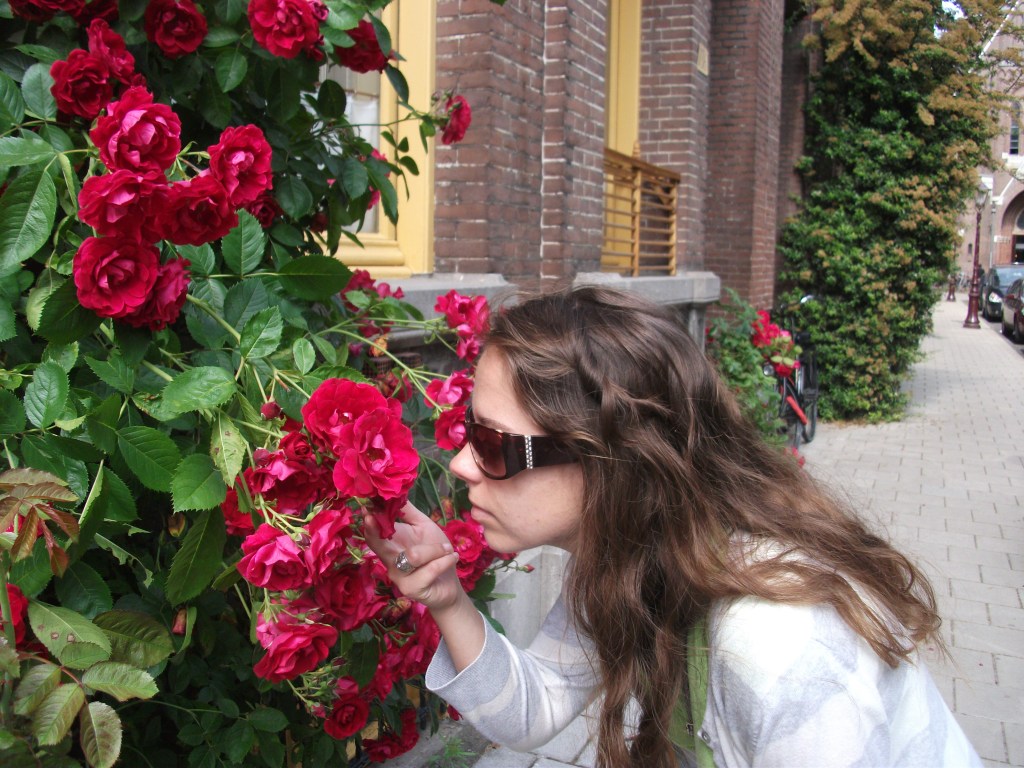 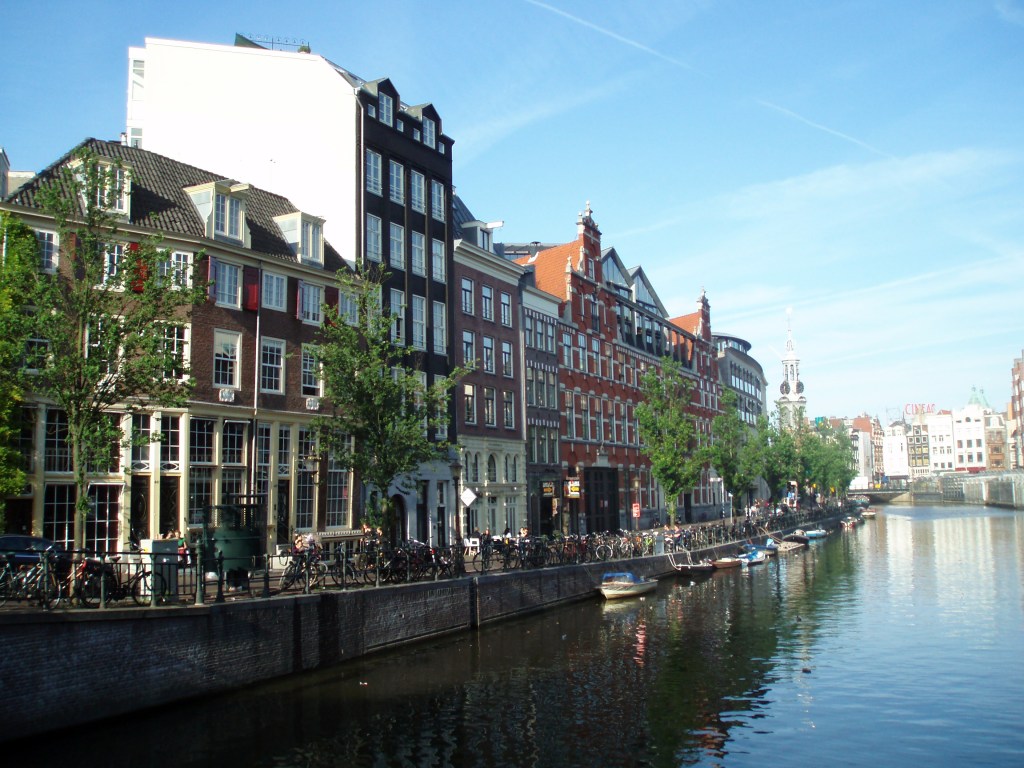 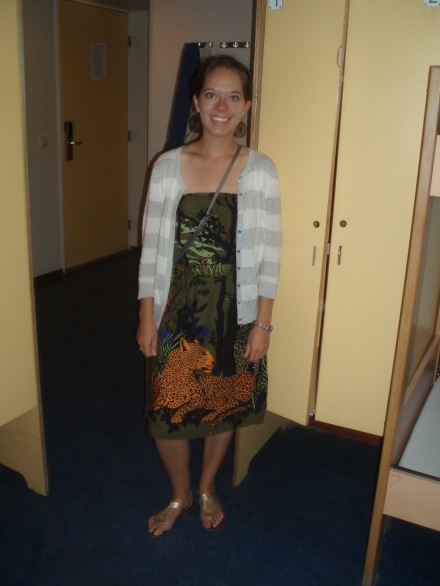 My concert dress from H&M

Today we rented bikes! It really is the best way to see the city. We didn’t stay in the city most of the day though. We rode along the Amstel River out to Ouderkerk, a nearby village. We made a few stops along the way – the most notable cemetery in Amsterdam, Amstel Park, and a sculpture garden. Once we made it into Ouderkerk we stopped at an outdoor cafe and had apple pie, green apple ice cream, and a small glass of apple cider. The dish was called “Applelicious.” We sat there a while, soaking in the day and resting our bodies, and then we headed back to Amsterdam. It was so much fun. I am determined to get a bike when we get home now.

Bikes for the day 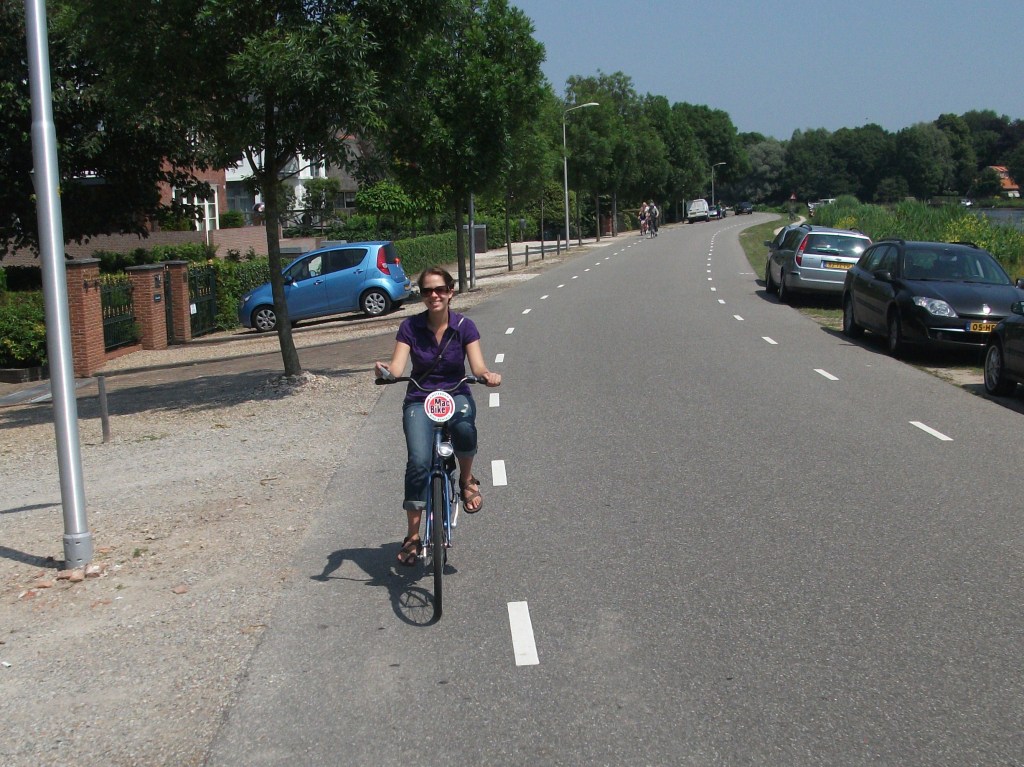 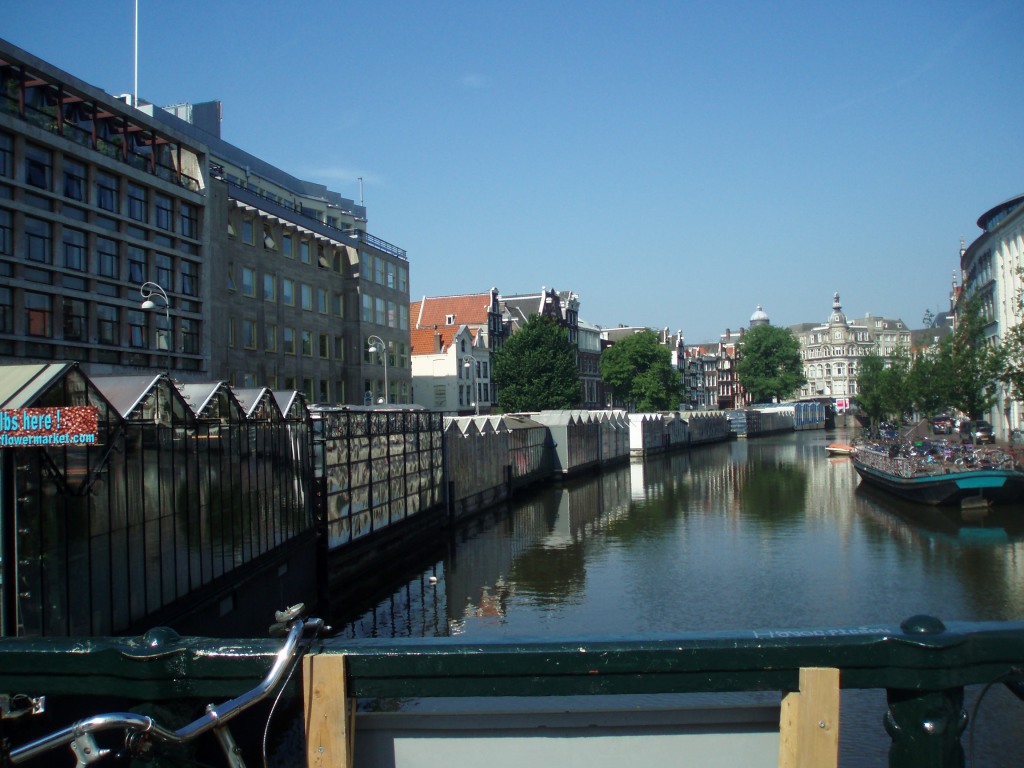 We stumbled upon a flea market 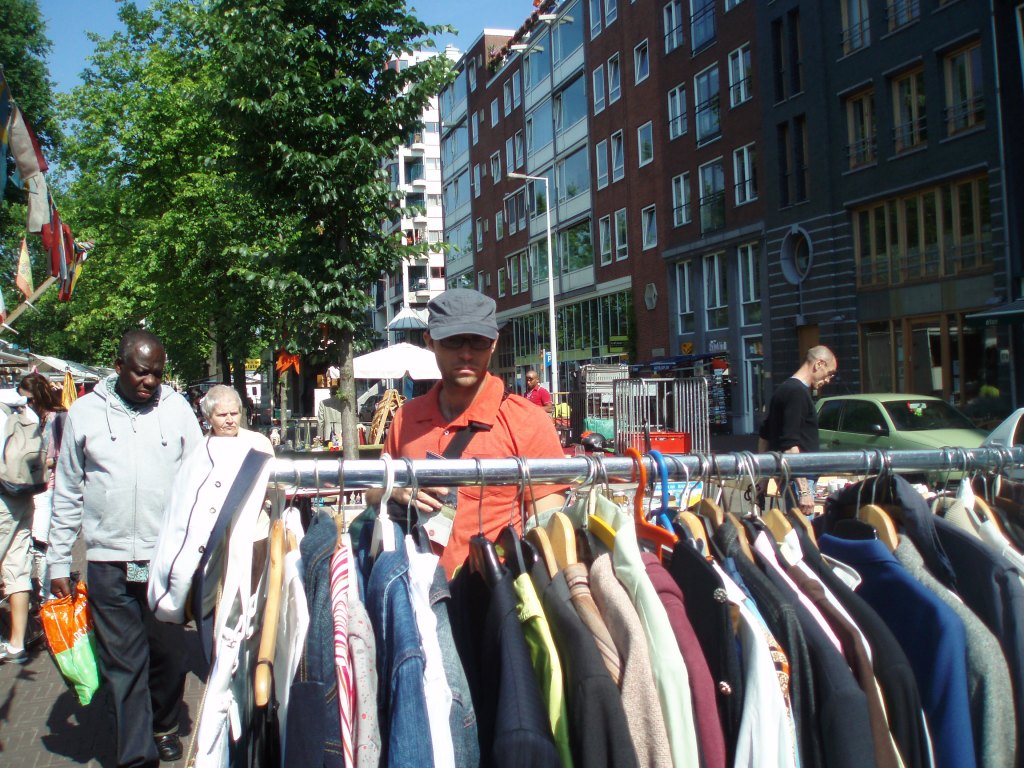 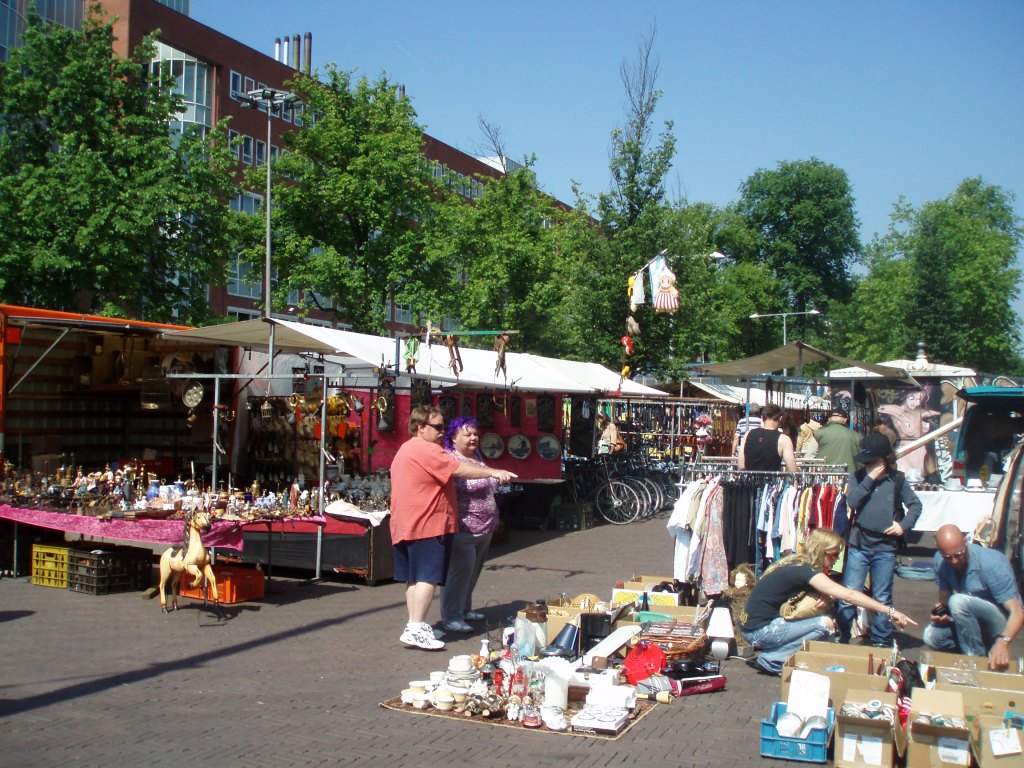 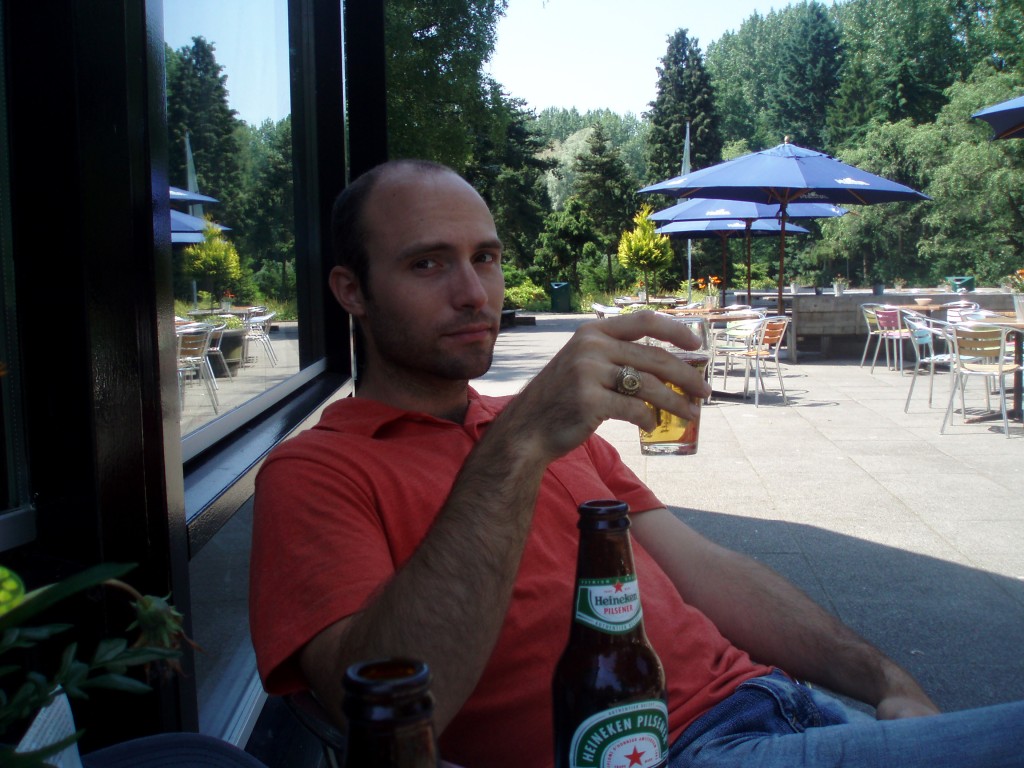 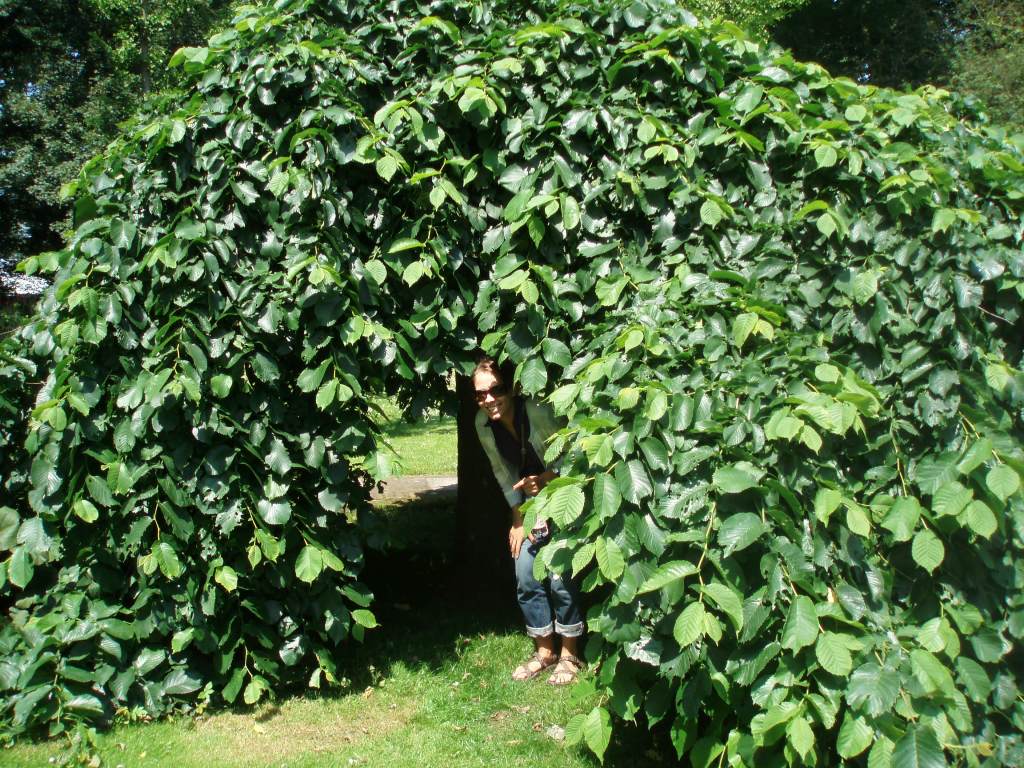 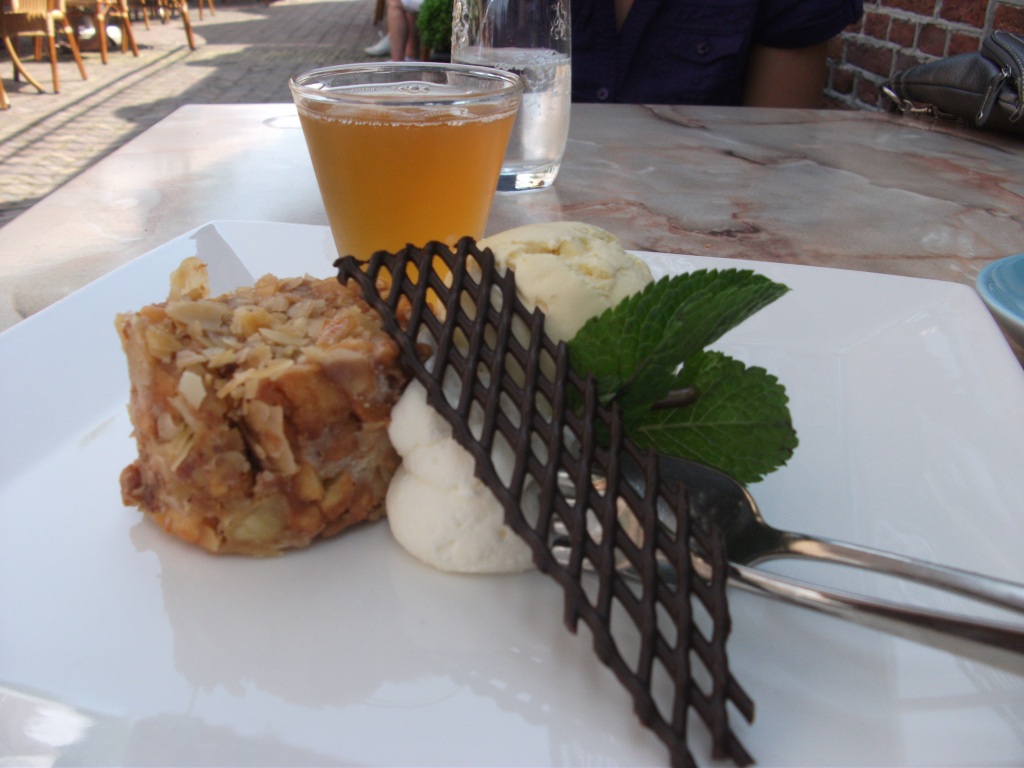 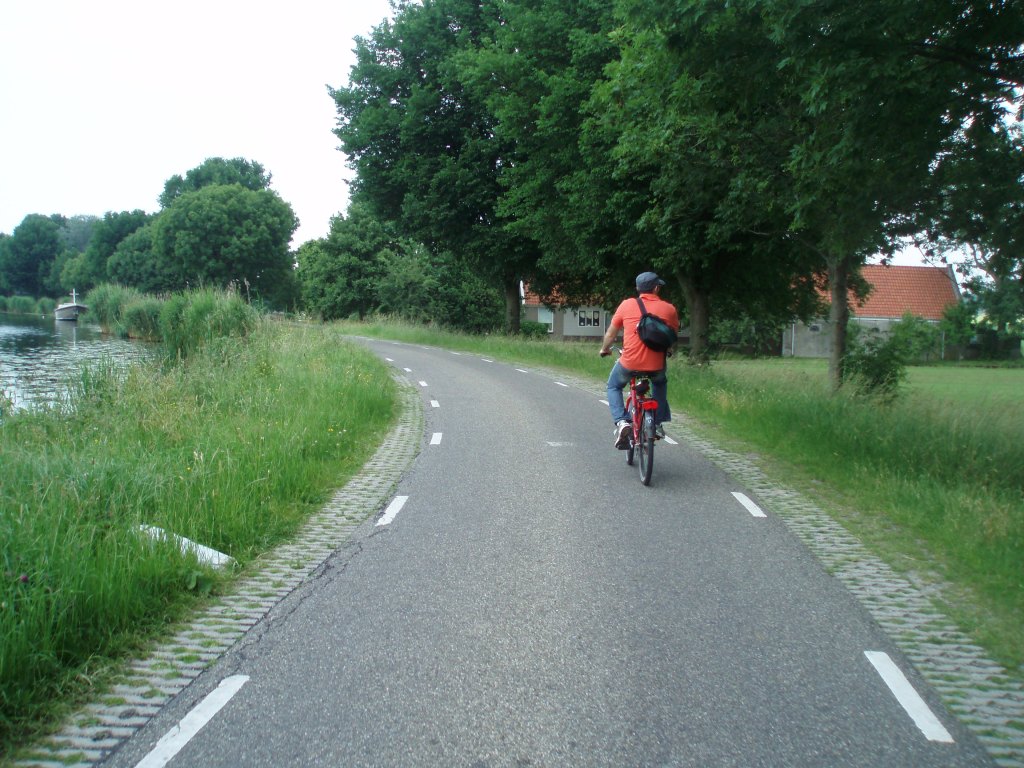 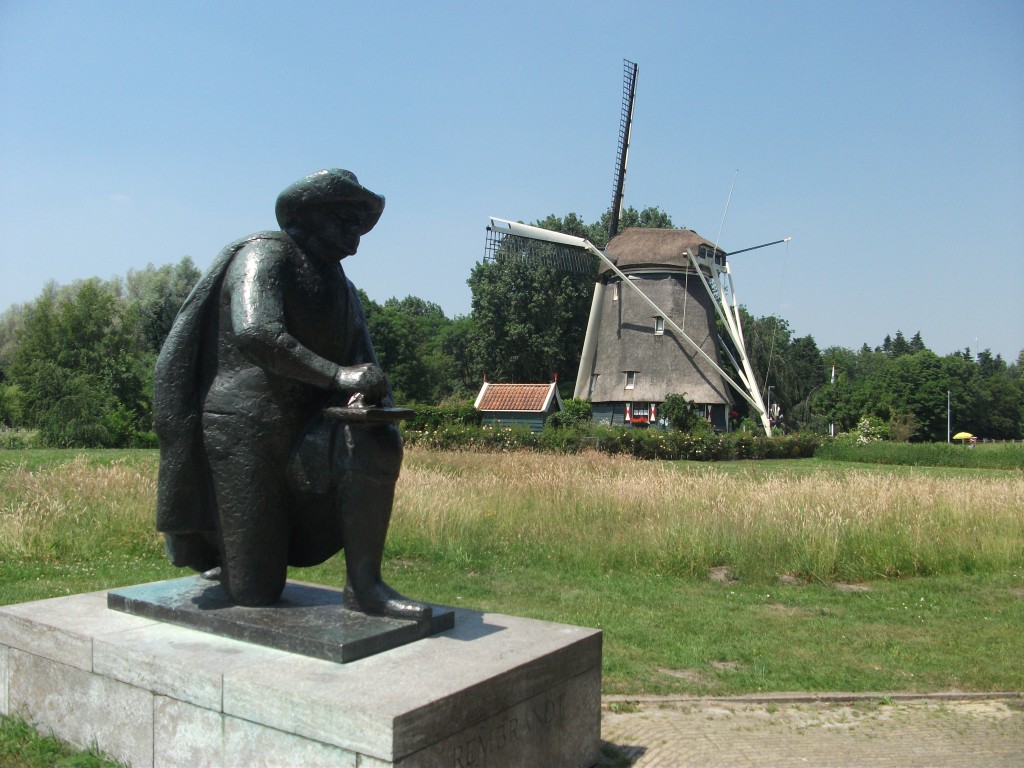 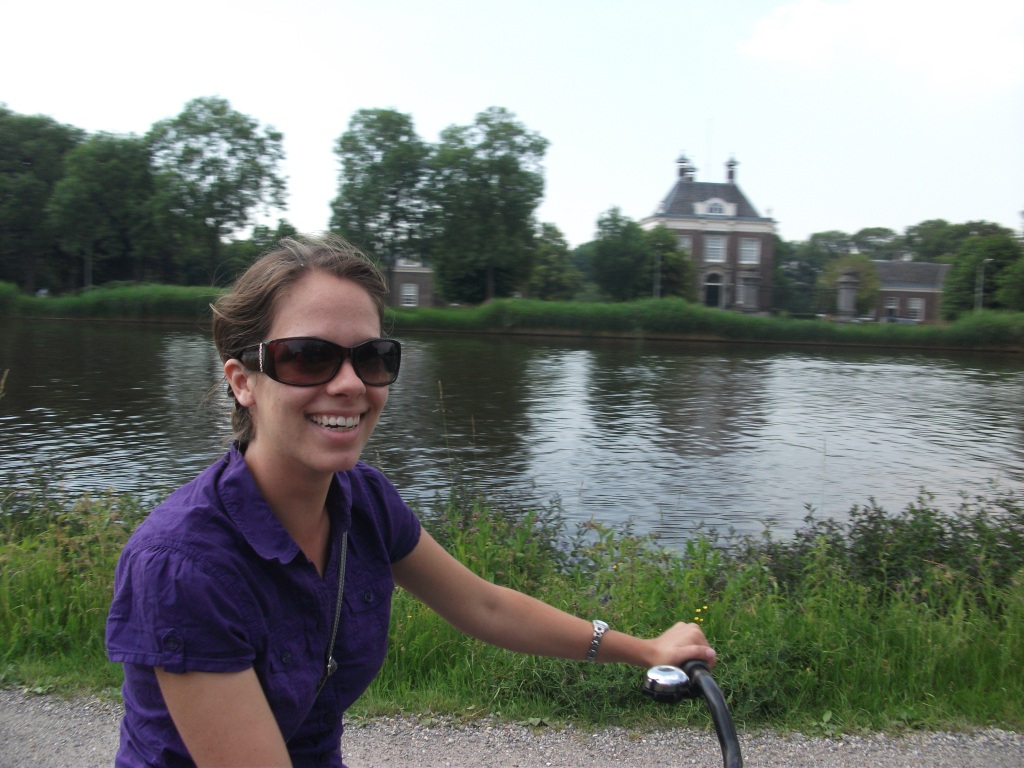 Our hostel is on the edge of the Vondelpark so we dropped off our bikes and walked into the park. We sat there for a while and Zach played his trumpet. Then we decided to see a film at the Film Museum. We saw a Dutch independent film, R U There? It was mostly in English, but there were a few parts when we didn’t understand what was going on. It was a very interesting film. Afterwards we found a little neighborhood, hole-in-the-wall, ethnic snack bar and we ate dinner there. I had a kaas burger and Zach had a kabob. It was actually pretty tasty, despite my first impressions… The owner was nice; he asked where we were from and shouted “America!” when we replied Texas. He had been watching the World Cup all day – America won, he told us. Then we rode our bikes up to the Red Light District to have a look around and then rode all over town on the way back to the Vondelpark. To end the night we rode through the entire park and then back to the hostel. Lovely night for a bike ride.

Playing trumpet in the Vondelpark

Anyhow, we’re both pretty tired and so this post was pretty rushed, I apologize.