Today we got up and I walked around the corner to a bakery for breakfast. Then we decided to go into town and wander around. The town is gorgeous. It’s small and calm – easy to get lost in the charm of such an old, Roman town. Poreč is not only a charming Mediterranean town, but a glimpse into the Middle Ages. It was built according to a Roman urban plan with an orthogonal ground plan – a fancy way of saying the streets form right angles, which in turn forms a grid. The town also has three towers from the Middle Ages which would have been connected by the city walls- the Pentagonal Tower, the Round Tower, and the Norther Tower. One of the town’s most famous tourist attractions is Euphrasius’s Basilica, also a UNESCO world heritage site. It was built in the first half of the 6th century. The interior was beautiful. Zach took some nice photos. We also hiked up to the top of the tower for a view of the town. It was a perfect view of the red tile roofs and clear, blue sea.

The old town of Poreč 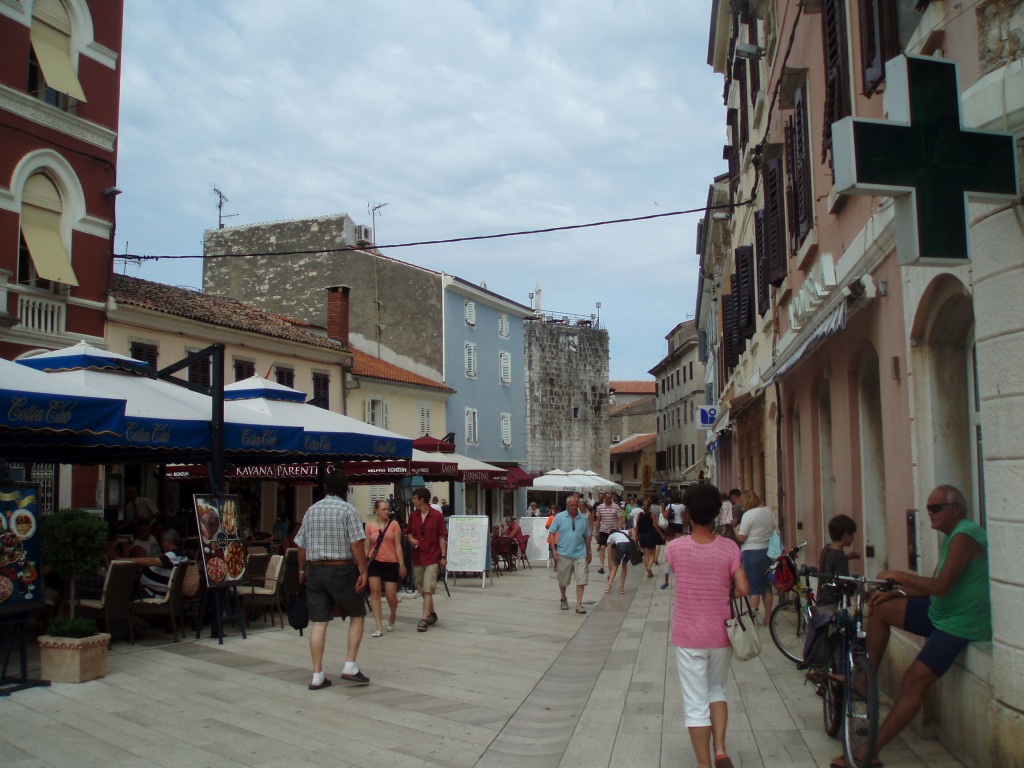 Walking through the old town 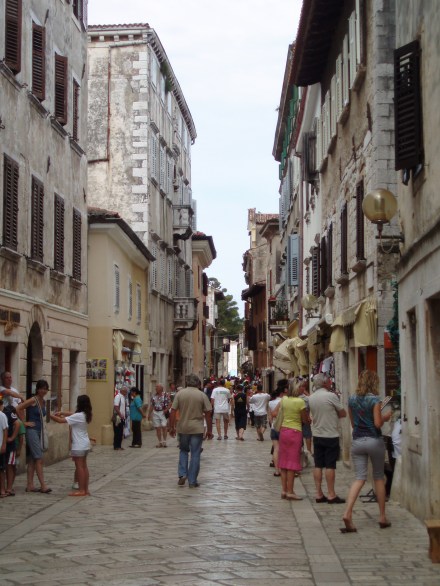 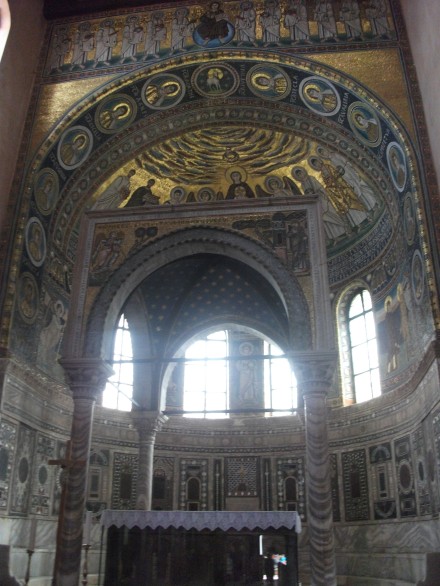 The view from the top of the tower 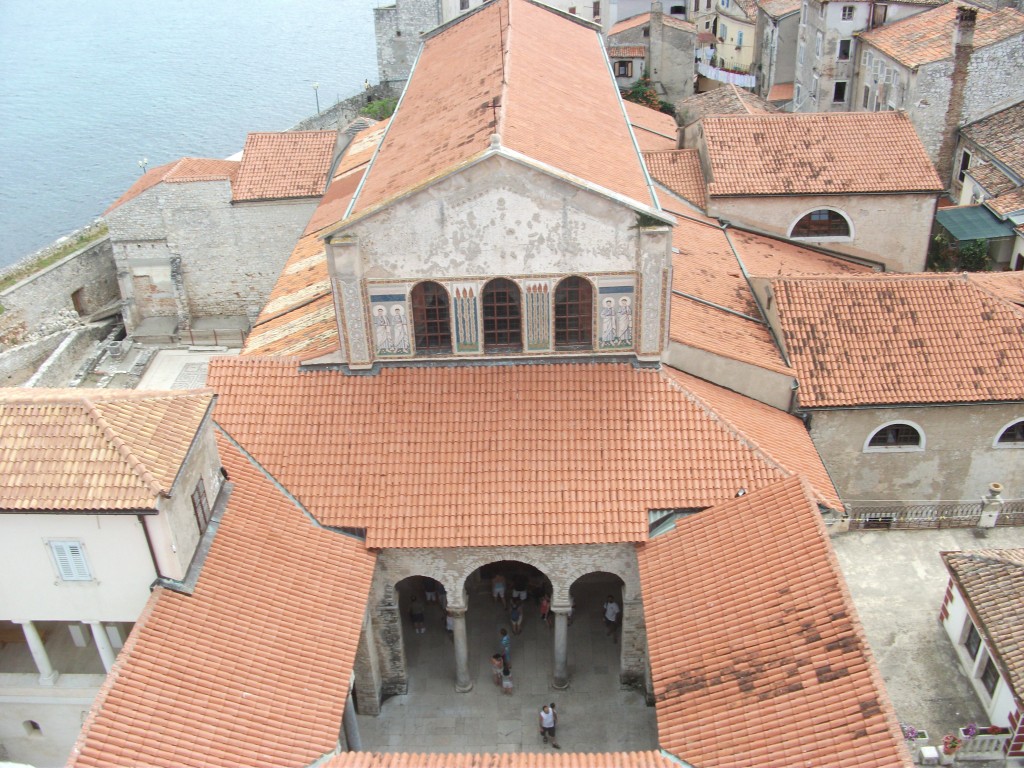 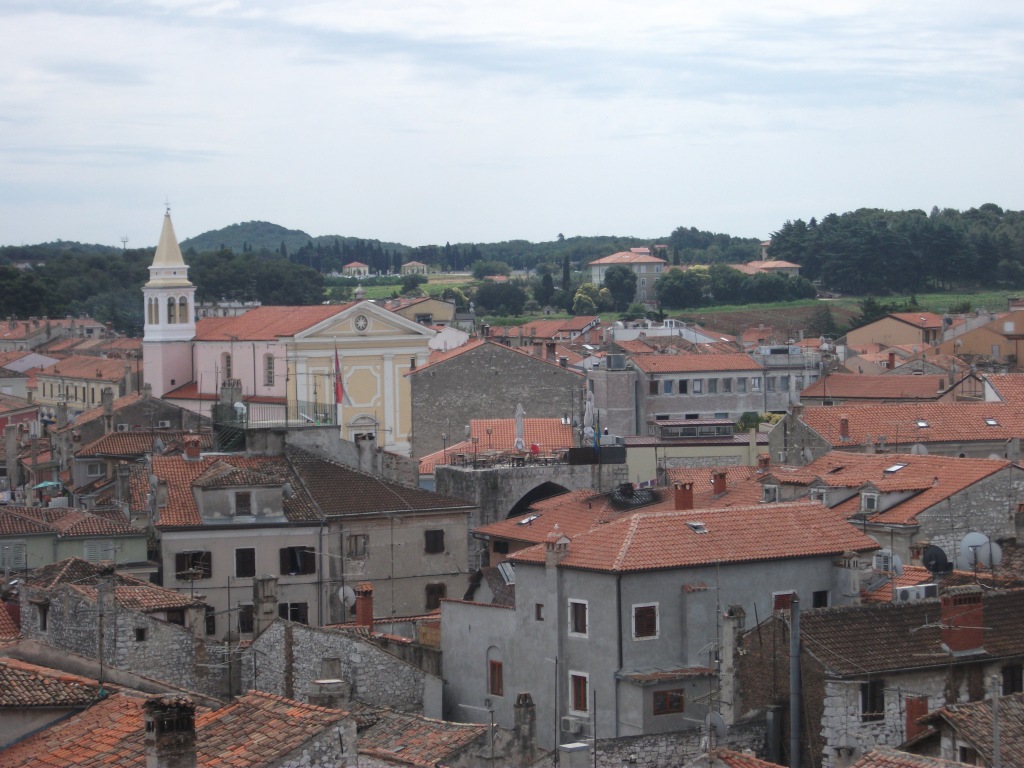 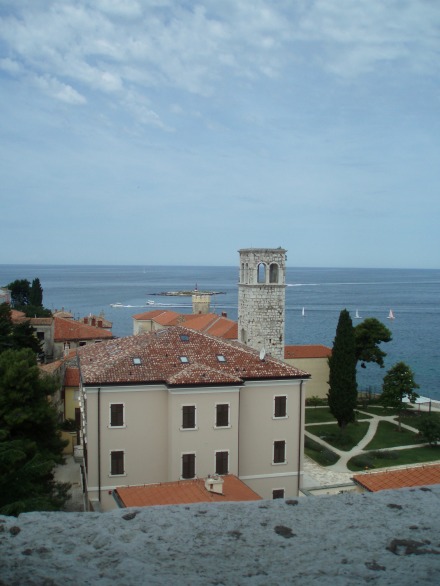 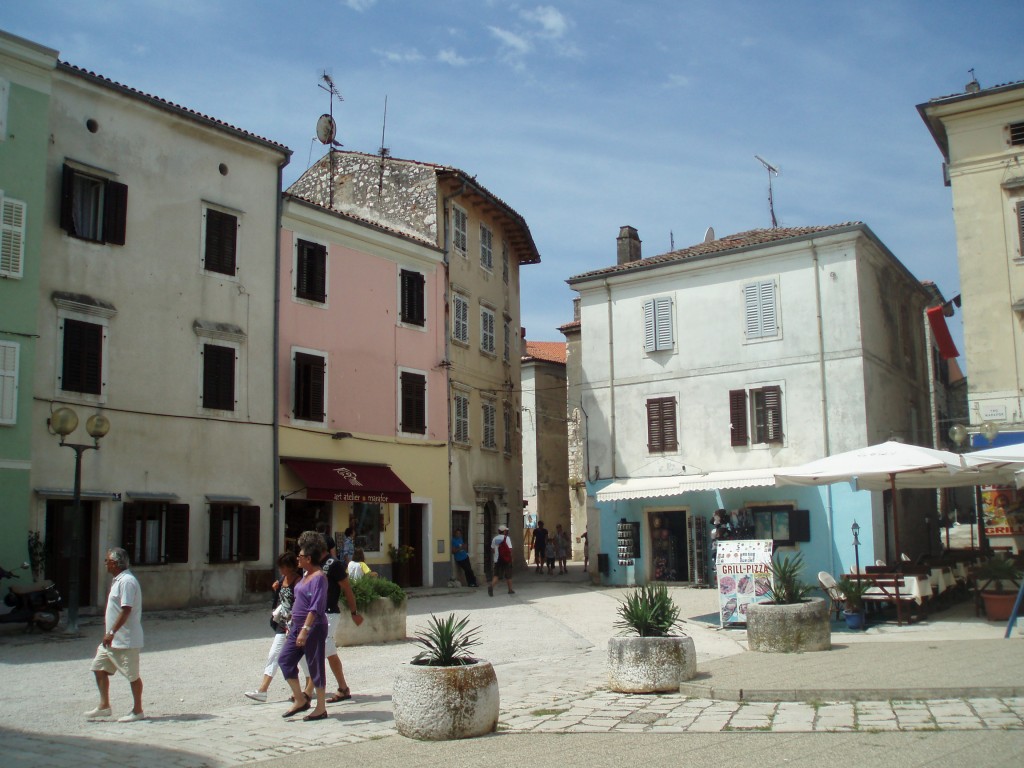 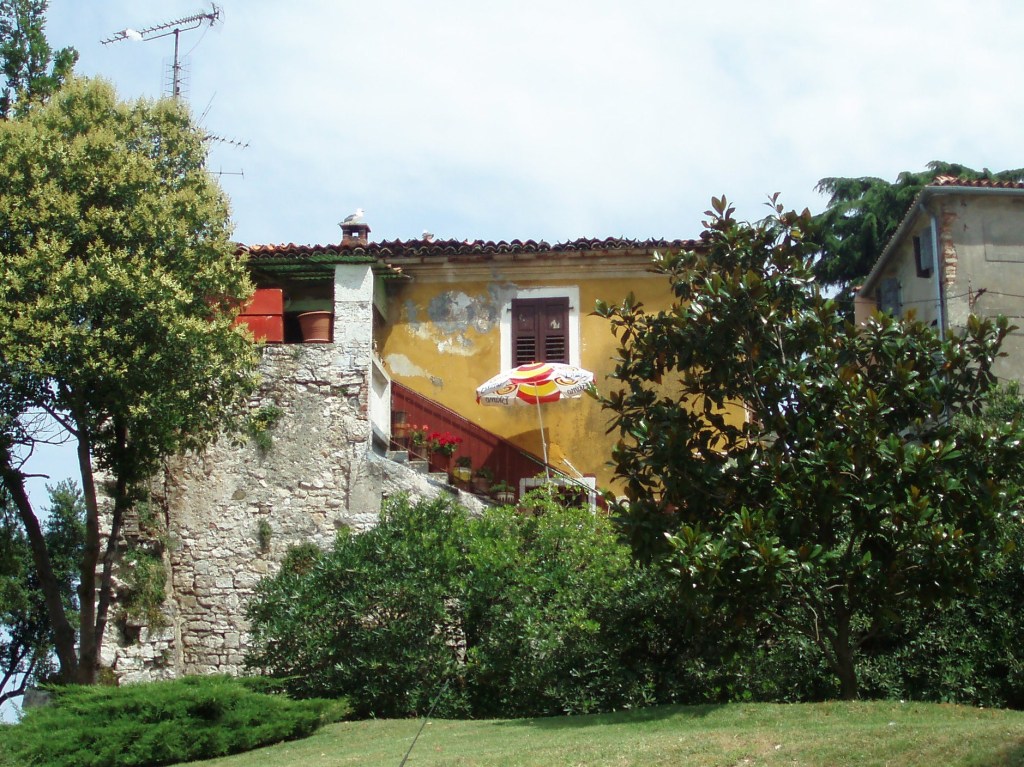 We had lunch at a little pizza cafe and then hopped on a boat over to St. Nicholas, an island just off the coast of Poreč. It was barely a five minute ride and then we hopped off and started our trek to find one of the natural beaches on the island. We found a nice spot off the rocks and stayed there for a couple of hours. The water felt great… once we plunged all the way in! We really needed some snorkels; the water was just so amazingly clear! There were a few people out with snorkels and it made us envious. 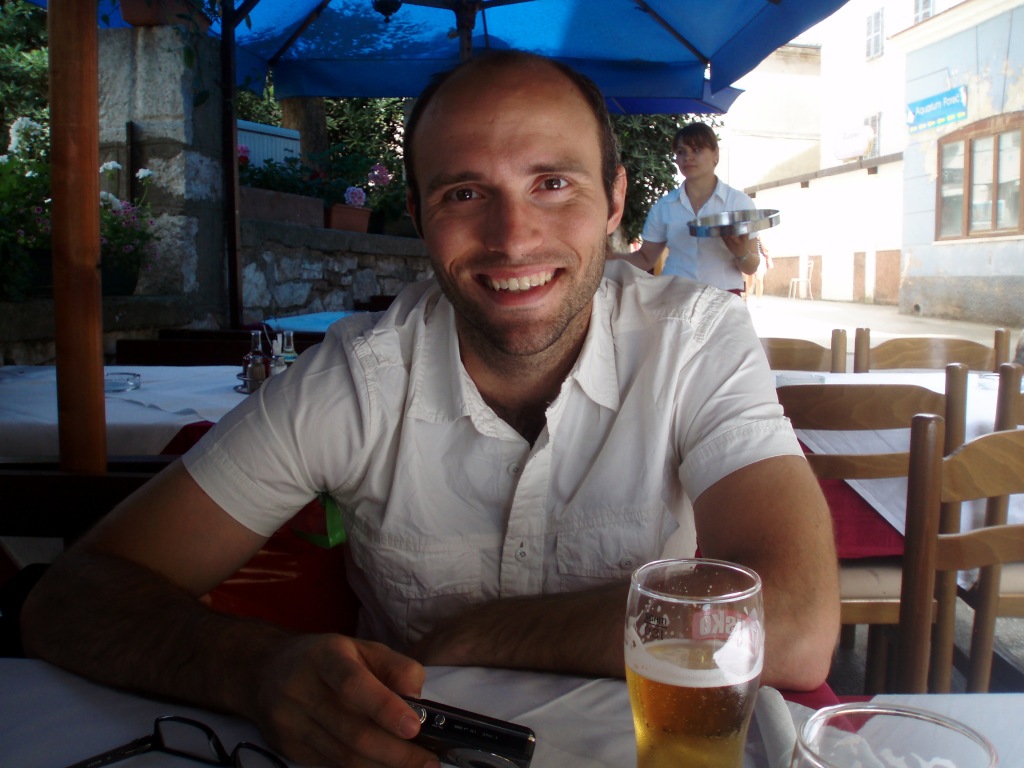 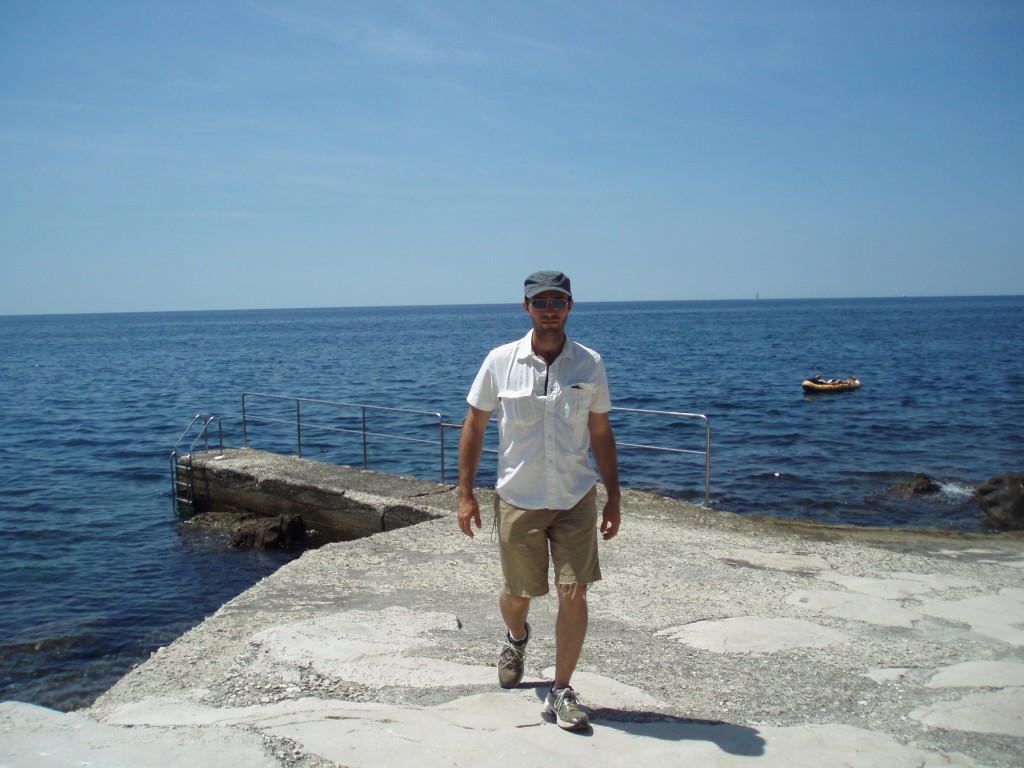 We found our swimming spot 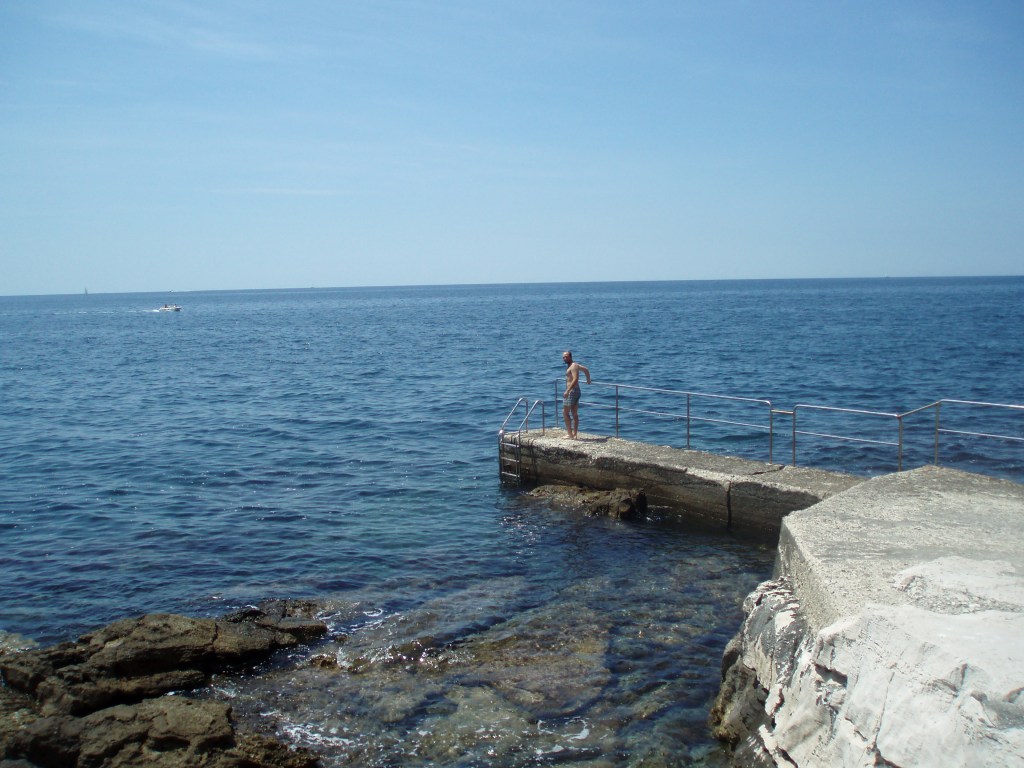 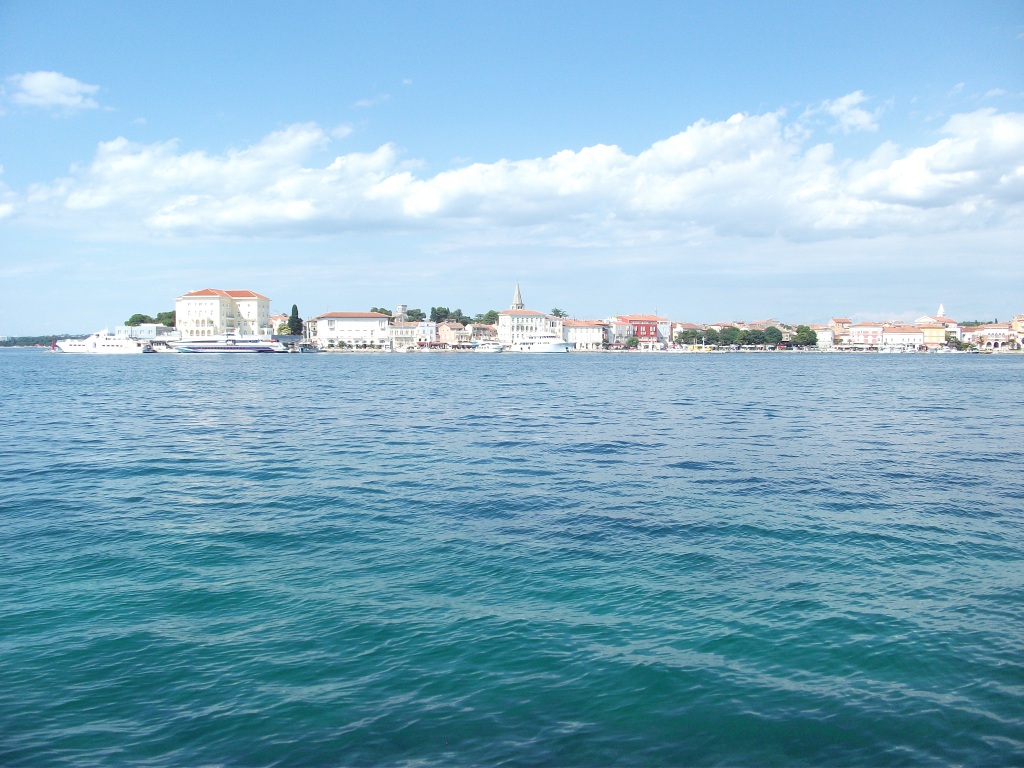 Poreč across the water

Then we headed back to our apartment to clean up before dinner. We went back into town for dinner. Zach really wanted some seafood so we wandered around until an Italian guy wrangled us into an Italian restaurant, Ciao Ciao. Since the World Cup was on we couldn’t get a seat on the patio, but instead on the terrace above, which ended up being much more secluded. The food was wonderful – I had shrimp risotto and Zach had grilled squid – and a nice Merlot accompanied our dishes. Afterwards we wandered slowly back through town, as every other tourist was glued to the final minutes of Germany’s defeat, and back to our apartment.