Yesterday was pretty uneventful. We got up for breakfast and then packed up our room. We left our bags at Casa Pombal and then went out to do some shopping since most of the shops had been closed over the weekend. We found a couple of good gifts and then trekked back up the hill one last time to Casa Pombal, collected our bags, and piled into a cab bound for the train station. 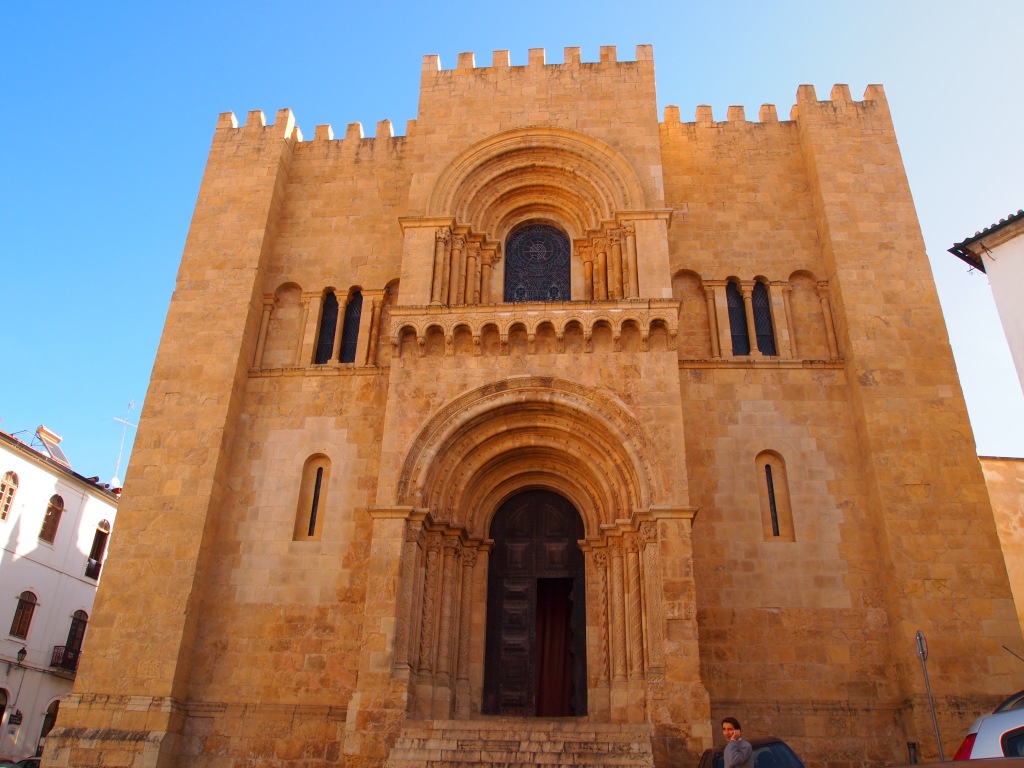 Back of the cathedral

Unfortunately we had about an hour or so to kill before our train departed for Porto (Portoo). Zach played a little trumpet concert in the waiting room until we were joined by an elderly couple. It was only about an hour ride to Porto, but then we had another 2 hour wait until our train to Guimarães. So we sat around at a cafe across from the station for a while brushing up on our Portuguese pronunciations.

Guimarães isn’t very far from Porto, but it takes a little over an hour because there are sooooo many stops along the way. When we finally arrived, it was significantly colder and already dark. It was a fairly easy walk to our room where we met Xana. She let us into our very spacious room and gave us the run-down. The building we’re staying in is over 400 years old and sits directly across from the medieval city walls! Our room is also slanted – very noticeably so! It’s very nice though and in a great location. We decided to go out and explore the city a bit and grab something to eat. 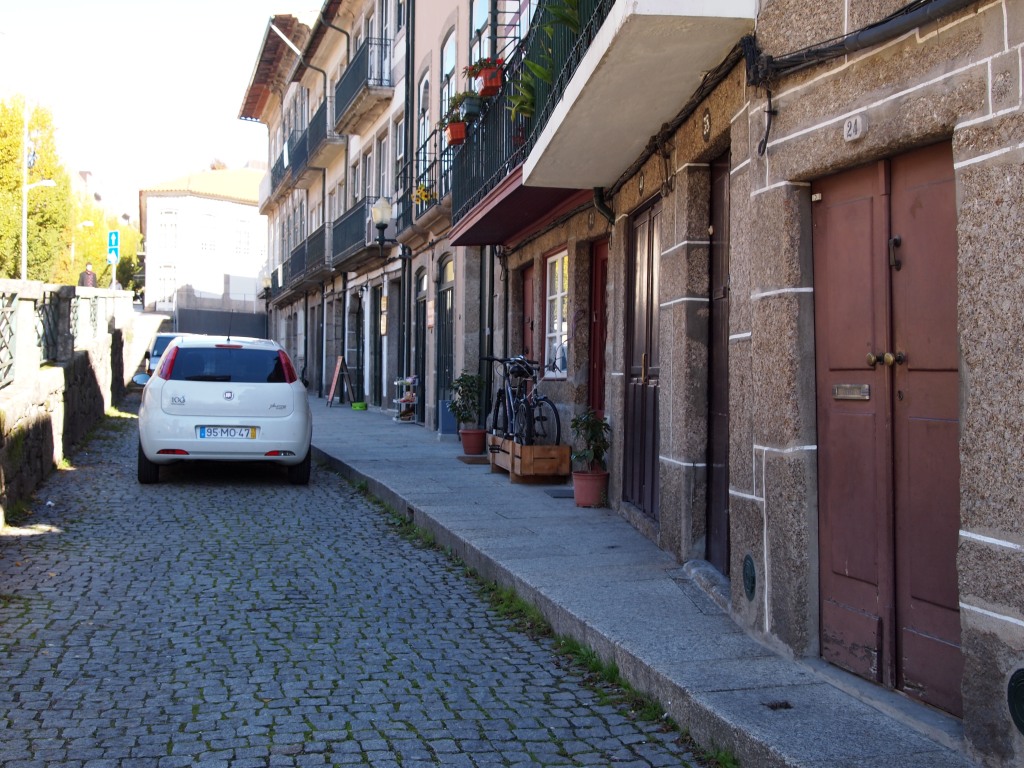 Our temporary home lane in the daylight 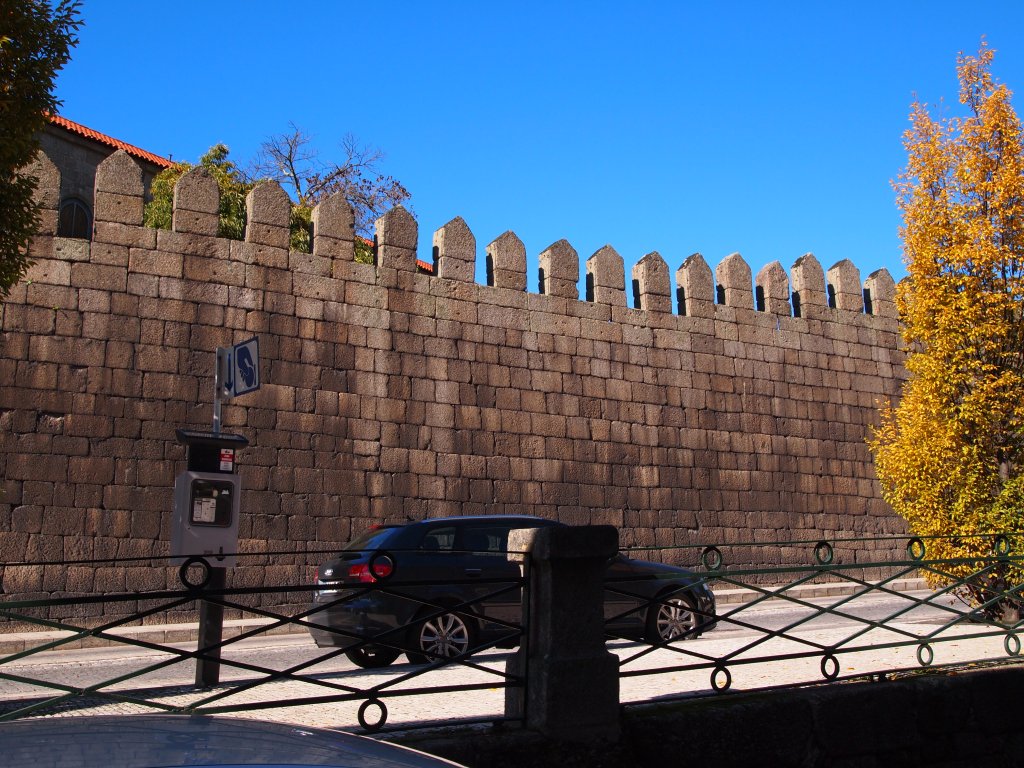 The medieval wall across from our place

Guimarães is a beautiful city and the beginning of Portuguese history, in fact, the slogan is – Portugal was born here. It is also one of the EU’s 2012 Cultural Capitals, along with Maribor, Slovenia (the EU chooses 2 each year). It’s clean – probably the cleanest city in Portugal that we’ve seen – and very quaint.

One of the EU’s 2012 Capitals of Culture

Today we started our morning in the cafe next door trying to find a place to stay in Porto. After successfully finding one (it comes with a kitty!), we set out to do some exploring. We meandered our way through town and up to the palace, Paco dos Duques, which was built in the early 15th century and abandoned in the late 15th century. Surprisingly, the palace sat there, unused, and fell into ruin, until the 20th century, when it was finally renovated and put to use again. The museum opened in 1959 and there is still a section of the palace that is used for the President of Portugal. 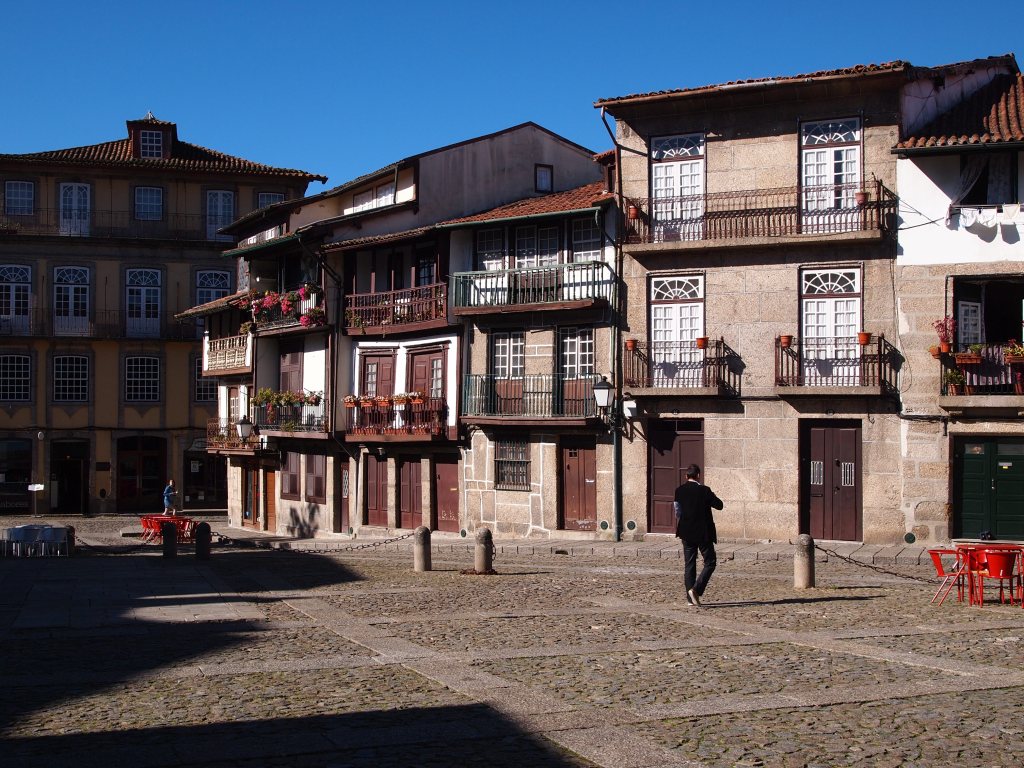 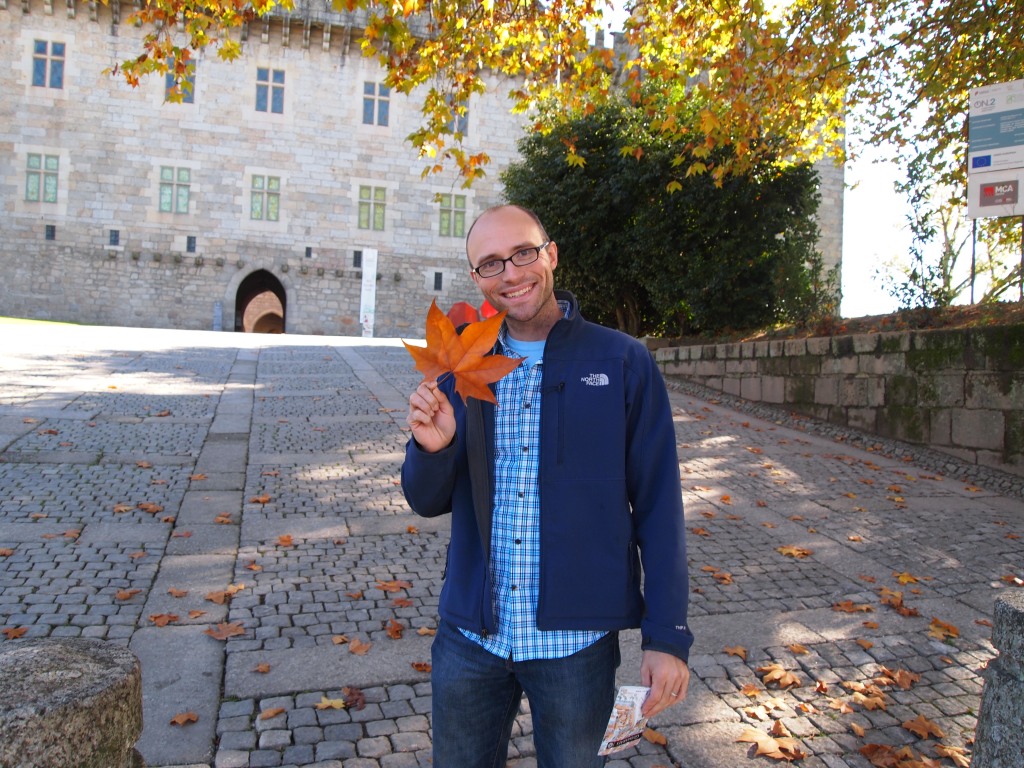 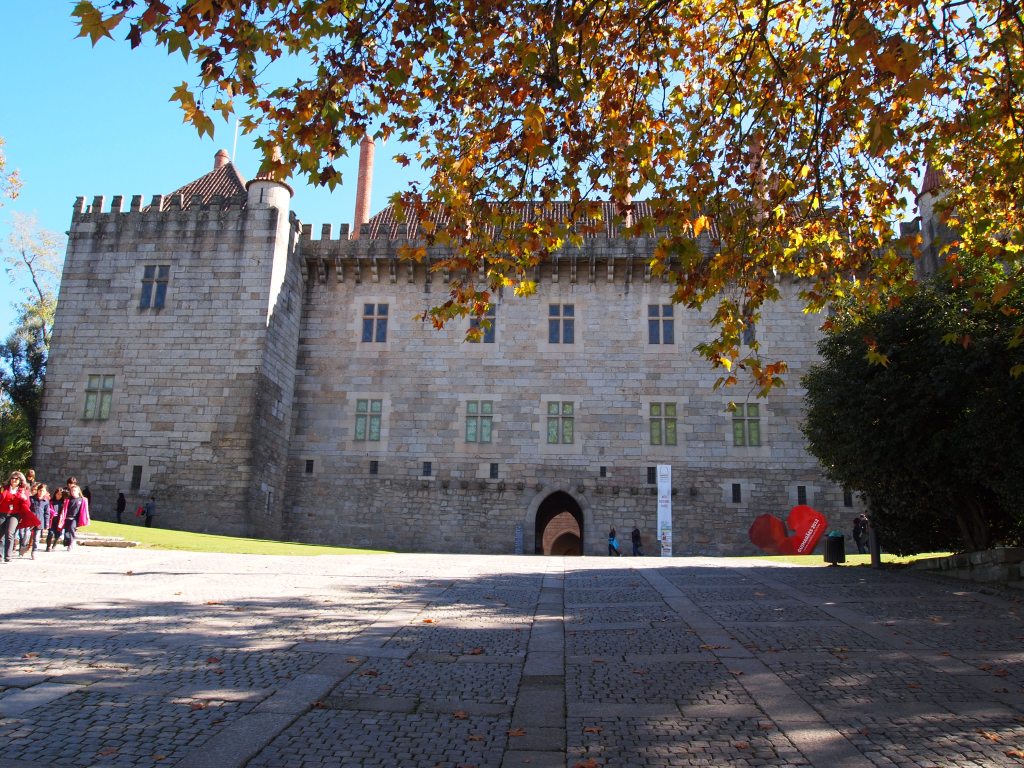 Palace of the Dukes of Braganza, Paco dos Duques 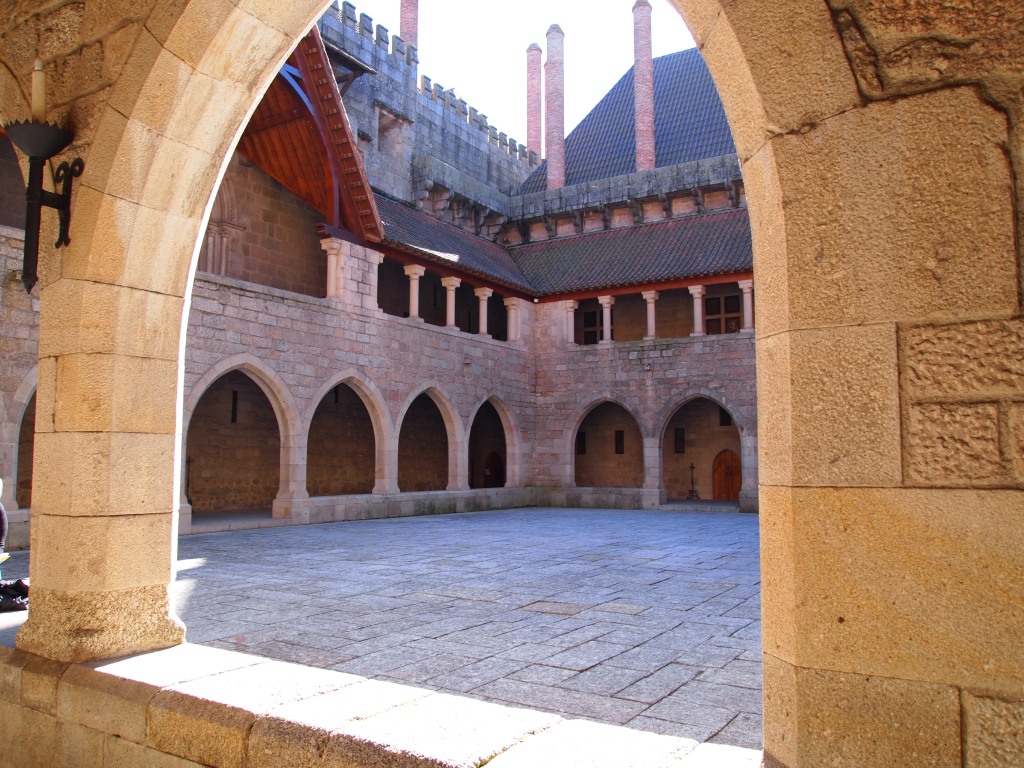 Next we moseyed up the hill to the ruin of the medieval castle that was built in the 10th century. We walked around, inside, and up the various sets of stairs to get a nice view of the city. In the photos you will notice the absence of hand rails or any type of railing! Once Zach pointed that out I did start to cling to the wall as I climbed up the stairs. Again, since Guimarães is considered the birthplace of the Kingdom of Portugal this site was a pretty important one. The first king of Portugal, Dom Afonso Henriques, lived there from 1111-1185. (He’s buried in Coimbra.) 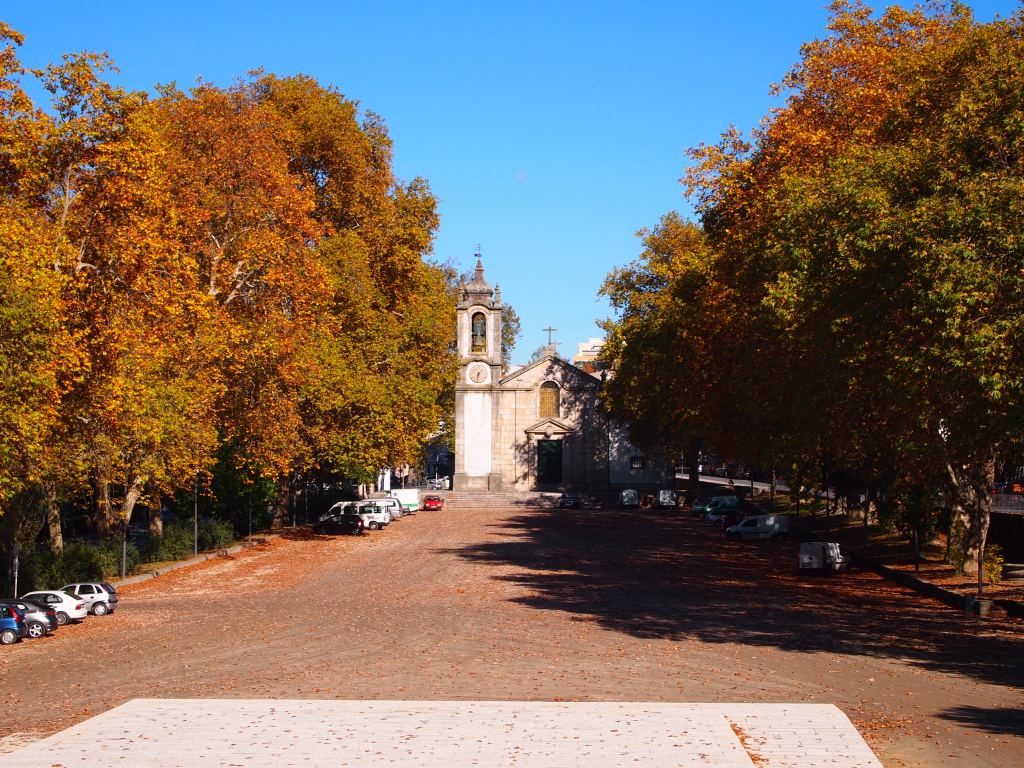 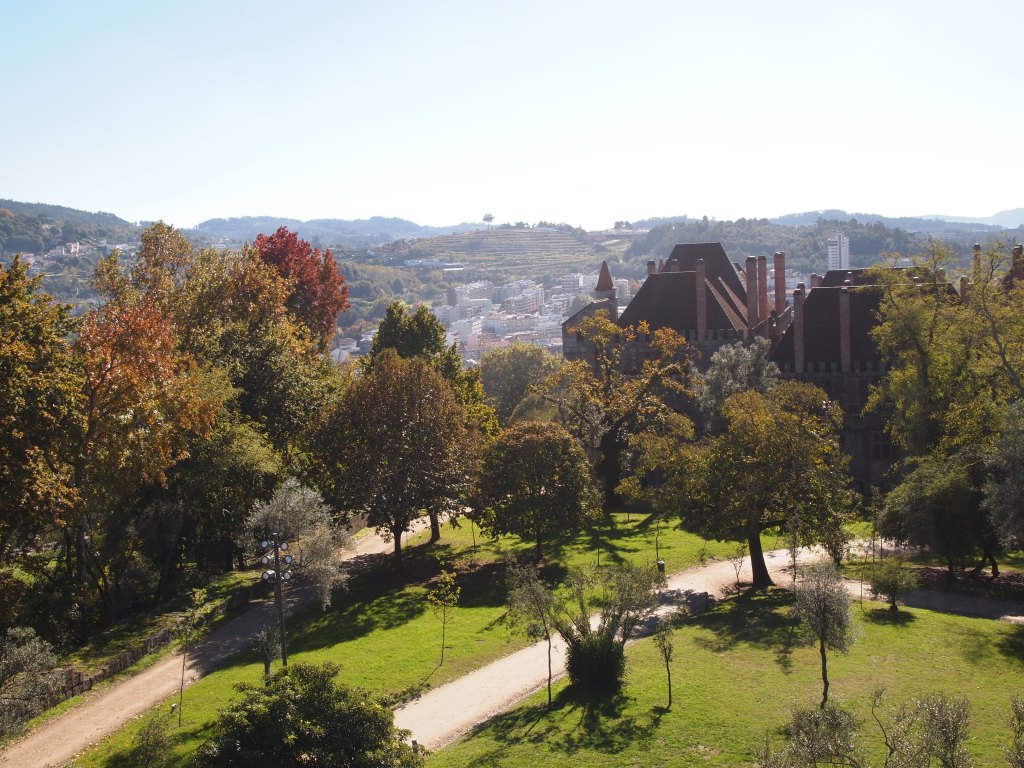 View from the castle

After we left the castle we strolled through town, stopped for a sandwich and drinks, and then made our way over to an art museum – Plataforma das Artes e da Criatividade – for an extensive tour of the arts collection of artist, José de Guimarães. It was a great collection of things from Africa, Peru, Mexico, and Asia. He had an impressive collection of African masks – I think those were my favorite.

We left the museum and continued wandering through the old city popping in and out of shops. Now we are resting up before heading back out to find some dinner. Tomorrow we are catching the train back to Porto for our final 2 days in Portugal. 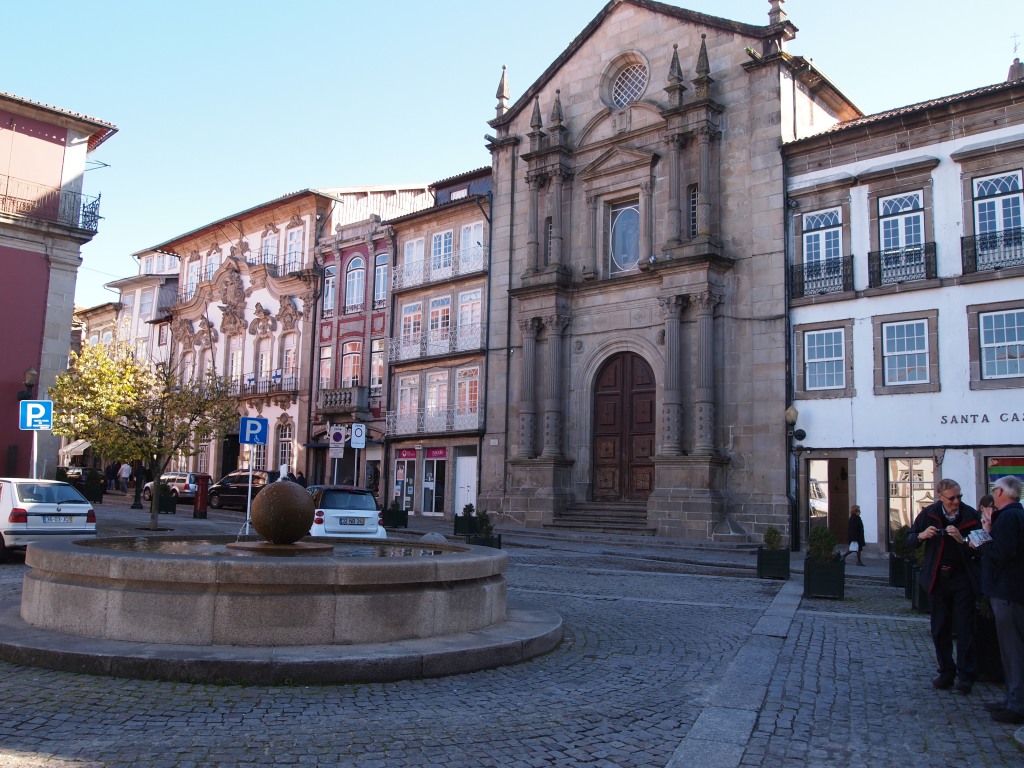