Last night we were able to get to Antelope Island around 6:30pm. So we had plenty of time to set up our campsite and relax. It was incredibly windy when we got there – there was a storm possibly blowing in – so it was pretty comical trying to set up our tent. There were a few times when it started to sprinkle during the night but it never actually rained. 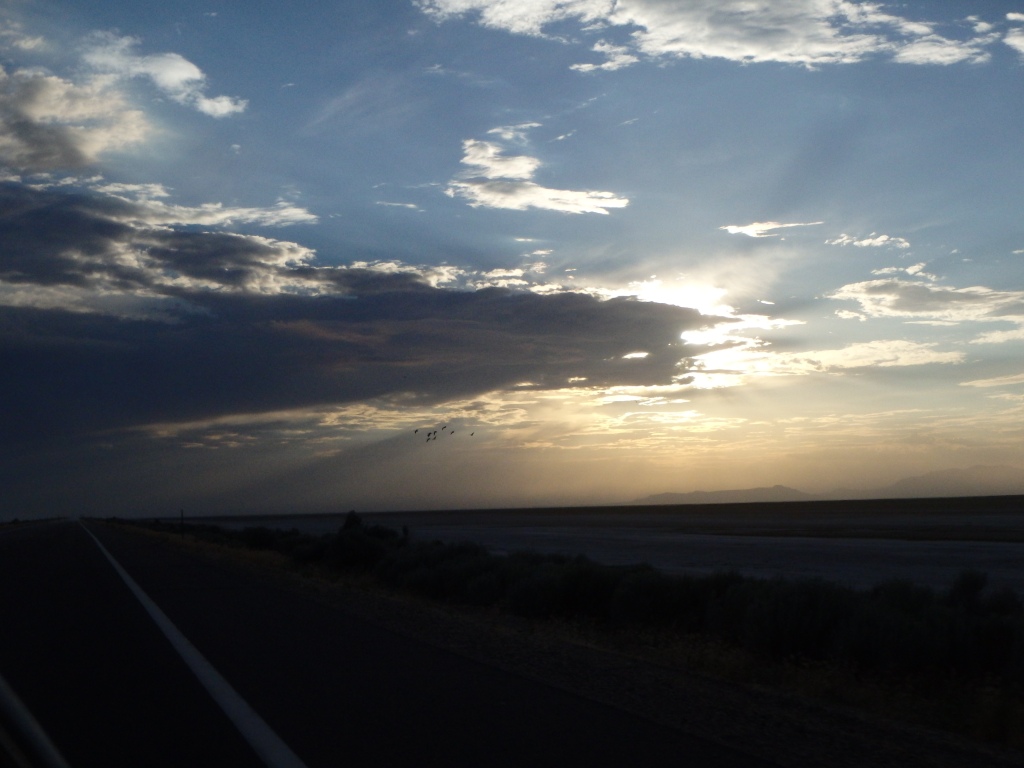 Driving across the causeway

This morning we got up and added a body of water to Zach’s list – Great Salt Lake. (He likes to keep track of how many different bodies of water he’s swam in in our travels.) It took us a while to get to the water – the woman at the entrance gate told us the water line has receded. So we walked through soft and hard-packed sand and finally made it to the Great Salt Lake. Zach got in knee deep but would’ve had to have gone pretty far out to swim. The water was shallow for quite a ways. There are only two species that can live in the salty waters of the lake – a brine shrimp and a brine fly – and they attract a lot of birds to the island. There is also a herd of bison roaming the island and some other small mammals. We didn’t see any bison but did see a couple of coyotes on the beach.

Walking out to the water 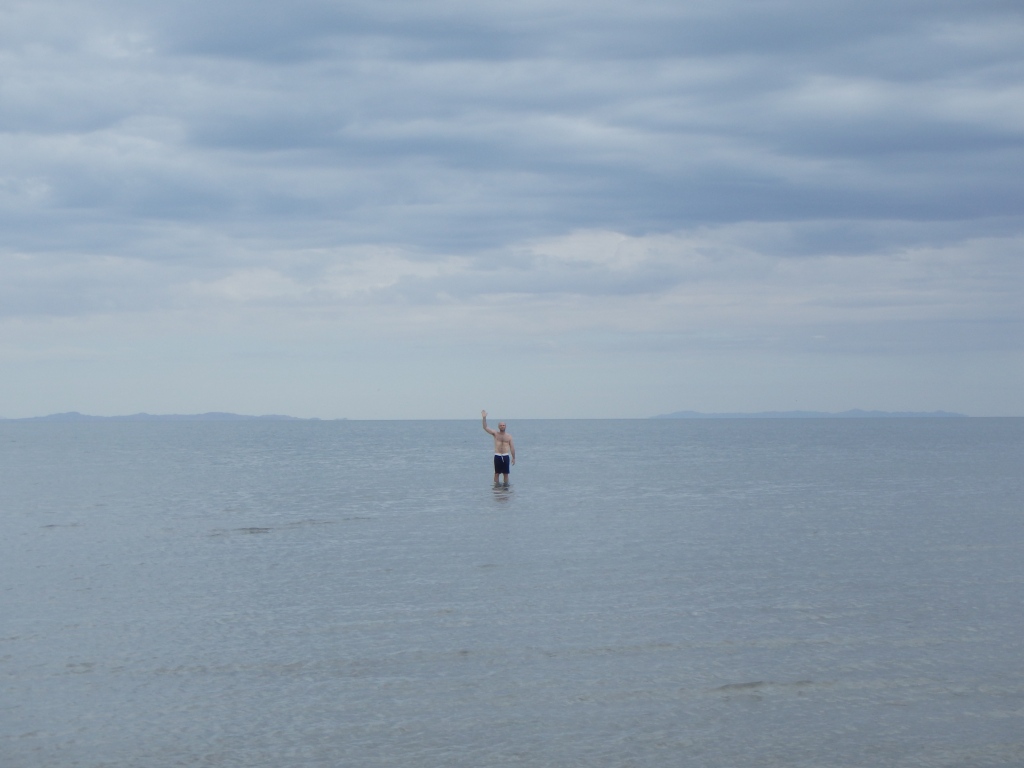 In the Great Salt Lake! 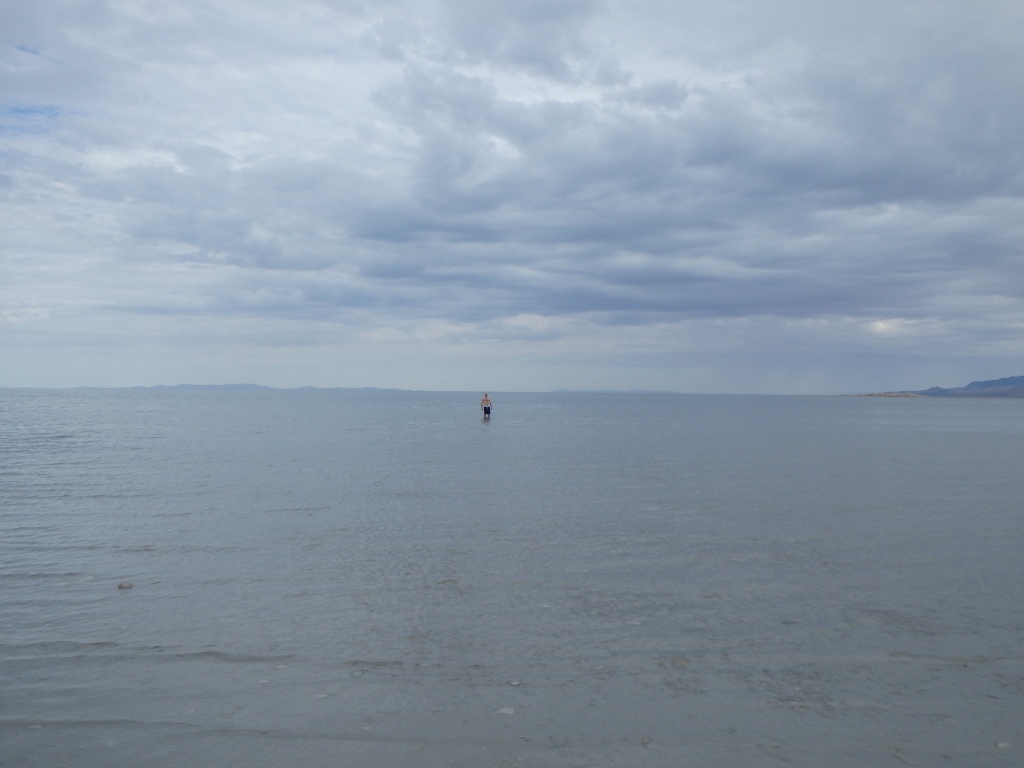 Long way out and still shallow

After Zach showered off the salt we drove into Salt Lake City to take a look at Temple Square – a large 10 acre square with 15 ft. high walls that houses a Tabernacle, two visitor centers, Assembly Hall, and the Salt Lake City Temple. It’s the Mecca for the Latter Day Saints (LDS). Around the square are more buildings like the Family History Library, LDS office building, Museum of Church History and Art, a giant convention center, and Brigham Young’s homes. It was pretty interesting. We walked around the square and a little bit outside of it. I’ve never visited a religion’s epicenter before – it’s a little overwhelming. Neither one of us know very much about the LDS church so a lot of what we saw was very foreign. We didn’t have time for a tour but there were a few of them walking around the square. I will say that the square and surrounding areas are very peaceful – everyone was quiet, there was no yelling, kids weren’t running all over the place, and there were fountains and flowers everywhere. The lack of regular tourist noise definitely contributed a little bit to our discomfort. It just seemed unusual. 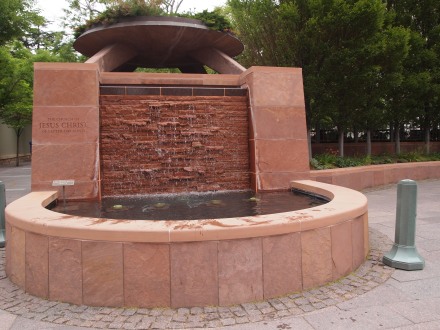 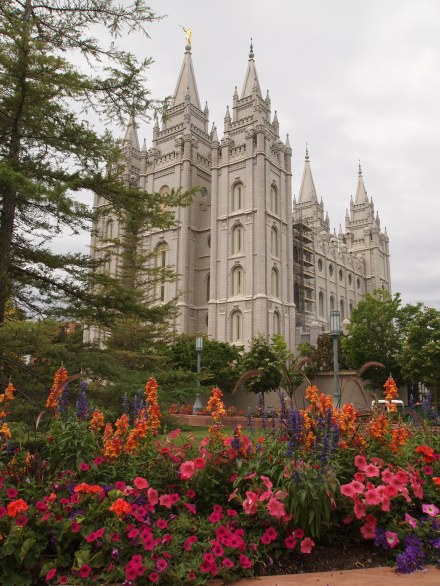 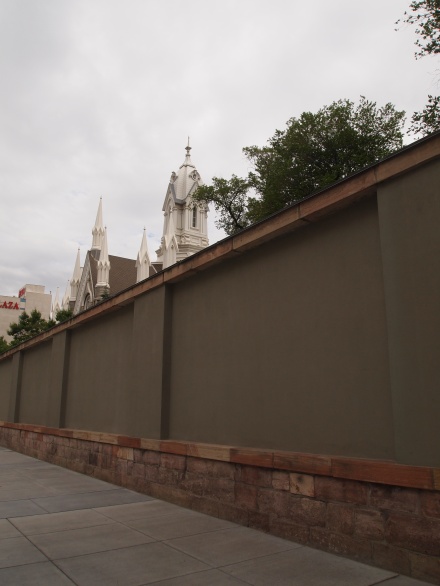 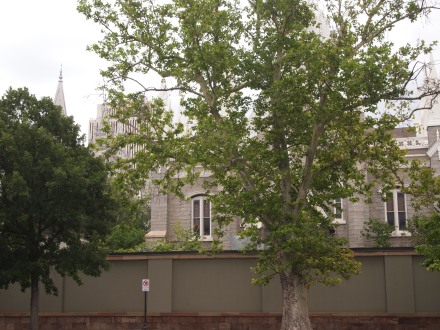 After leaving Temple Square we drove by the State Capitol which was modeled after the US Capitol in DC. It maintains a commanding view of city from its hilltop and is an impressively large granite structure. Although I did wonder why Utah needed such a large Capitol. 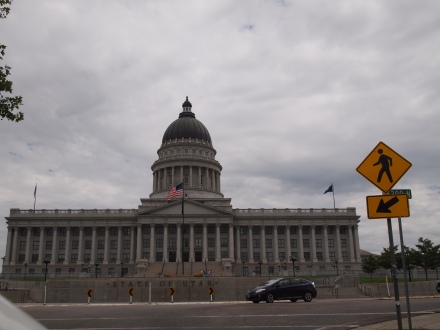 From there we drove across town to Uinta Brewing- a favorite of ours. We recently started getting their beers in Austin so we wanted to stop by for a pint. We fueled up with a delicious sandwich and then hit the road. 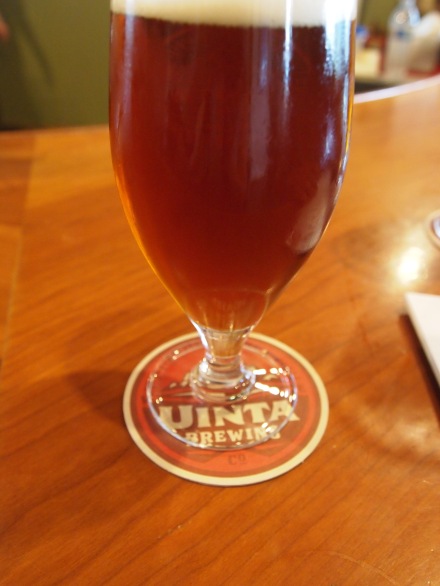 Happiness in a glass

We drove through Provo and then headed east to Colorado. We passed by Arches National Park – well, it was in the distance – and I wish we could have stopped there too. Oh well, some things will have to wait until our next road trip. We drove through some lovely canyons in Colorado. It was stunning scenery to drive alongside. I called earlier today and reserved a campsite in Glenwood Springs at Ami’s Acres Campground. So that’s where we’ll put up for the night. We plan on visiting the hot springs too. 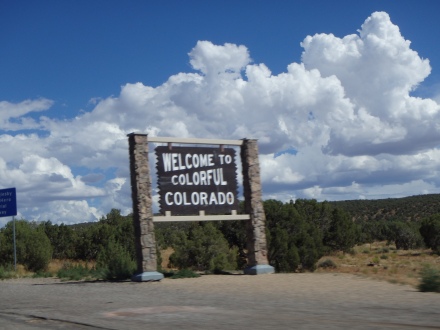 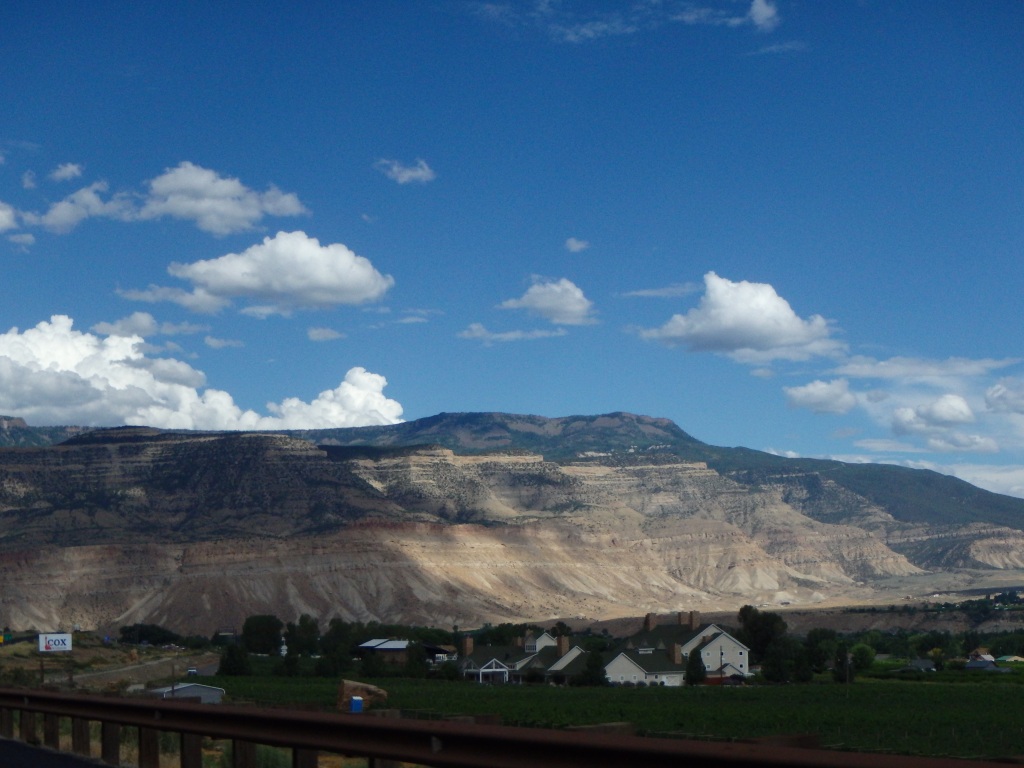