Well we have arrived in Korea! We are currently at a hotel near our school; we’ll be able to move into our apartment on Monday night after the departing teachers have vacated it.

Let me back up and describe our arduous journey here.

We got back from our road trip around the Western US and had very little time to prepare ourselves for our next trip. We got back to Cedar Park the evening of July 12th and we were flying out of Dallas on July 16th. So we had a little bit of time to say goodbye but not much time to relax unfortunately. 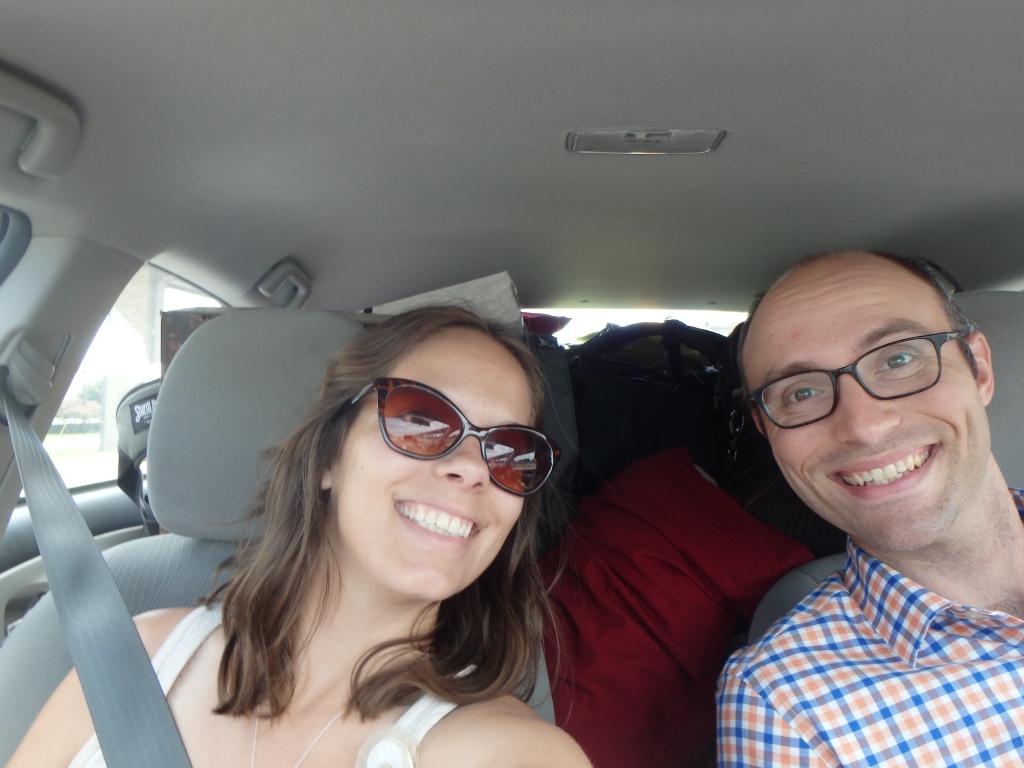 The beginning of a very long trip for Truman

We have flown all over the world so long flights aren’t too bothersome for us, but this time, for the first time, we were flying with a dog. Truman had a large SturdiBag that met United’s regulations (mostly). We’ve been using it for about two months in the car so he was accustomed to it. Even still we had no clue how he was going to react to flying. Lucky for us, he did really well! We had 3 barking outbursts – one in each airport – but zero barking outbursts on the airplanes. On our 13 hour flight he was so quiet I forgot about him for a little while!

At DFW airport – 5am 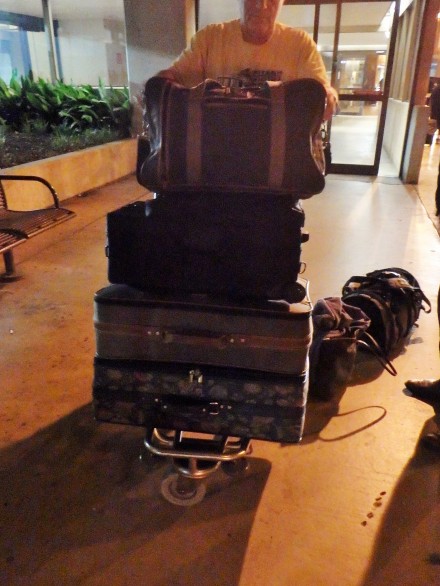 Our multitude of baggage

Truman under the seat – mostly – on our first flight 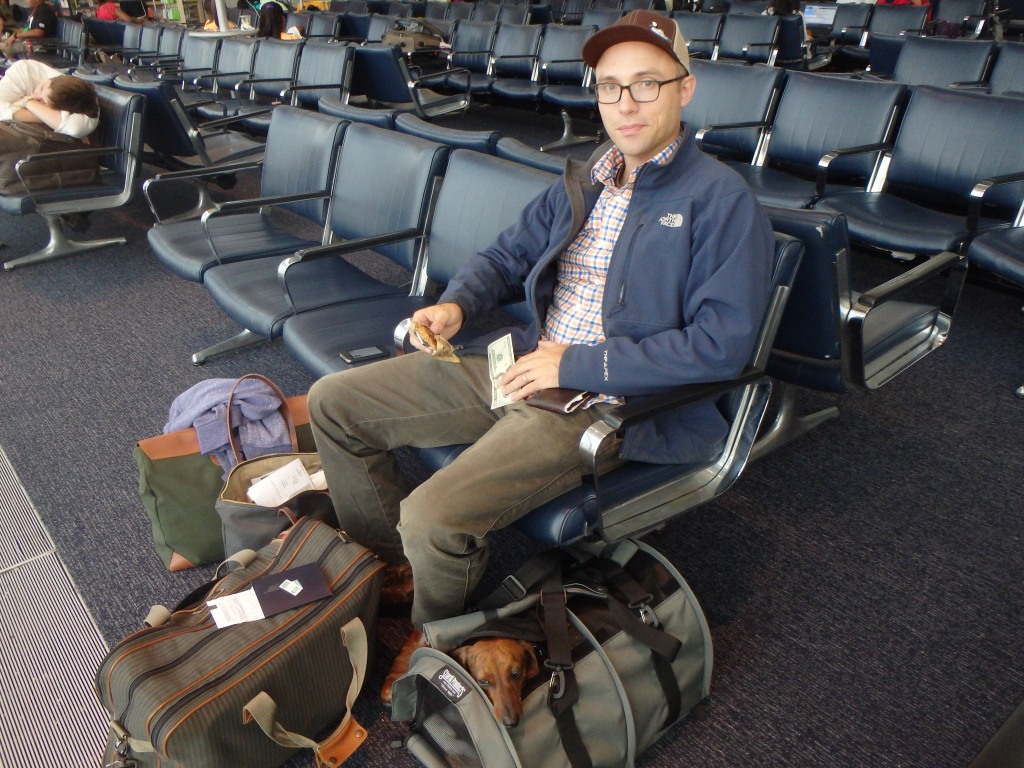 Waiting for our long flight to Tokyo – in Houston

Tru in his carrier

Three flights later, we arrived in Seoul at 8:30pm. It took us about an hour to get through immigration and collect our bags. We met our driver in the arrivals area and he took our photo.

Our driver took us to a hotel in Goyang around the corner from our school. There, Jinee, the VP of our branch, met us and showed us up to our room. We put all of our bags in the room and then followed her over to the school where she showed us around a little bit. She directed us to a park across the street and we parted ways. We took Truman for a well-deserved walk in the park and then we retired to our room. It had been over 24 hours of travel time when we finally went to bed.