On Saturday we went to the Jarasum Jazz Festival! We had seen the advertisements up around Seoul and wanted to buy tickets but unfortunately they sold out before we could. Zach had read that there were several free stages so we decided to go check it out anyway. 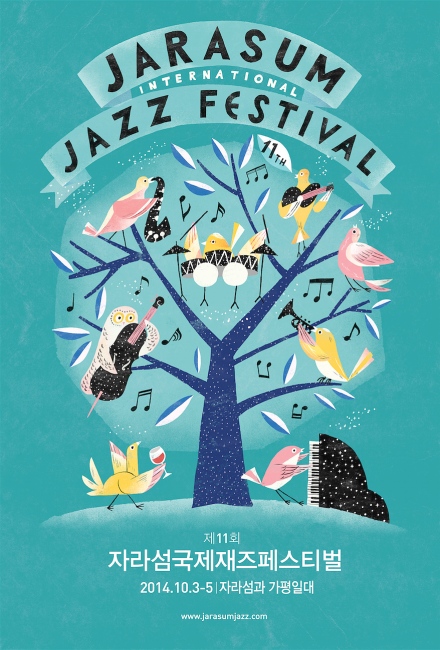 It took us two hours to get out to Jarasum by train! We live about 40 minutes out of Seoul on the West side and Gapyeong (where Jarasum is located) is way, way, way, on the east side of Seoul. We left a little bit later than we should have and got to Jarasum around 3pm. Jarasum is actually a little island in Gapyeong and once we arrived at the station it was a short walk to the festival grounds. 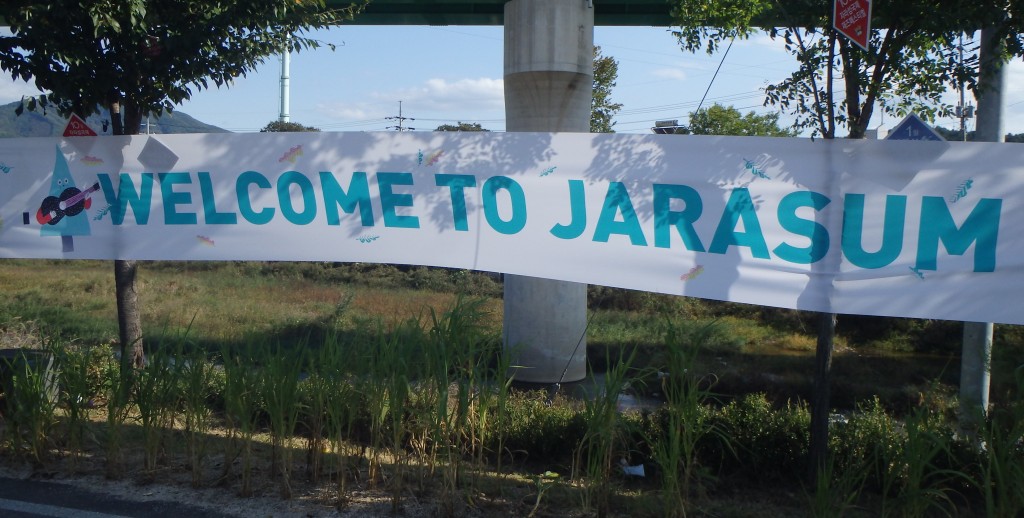 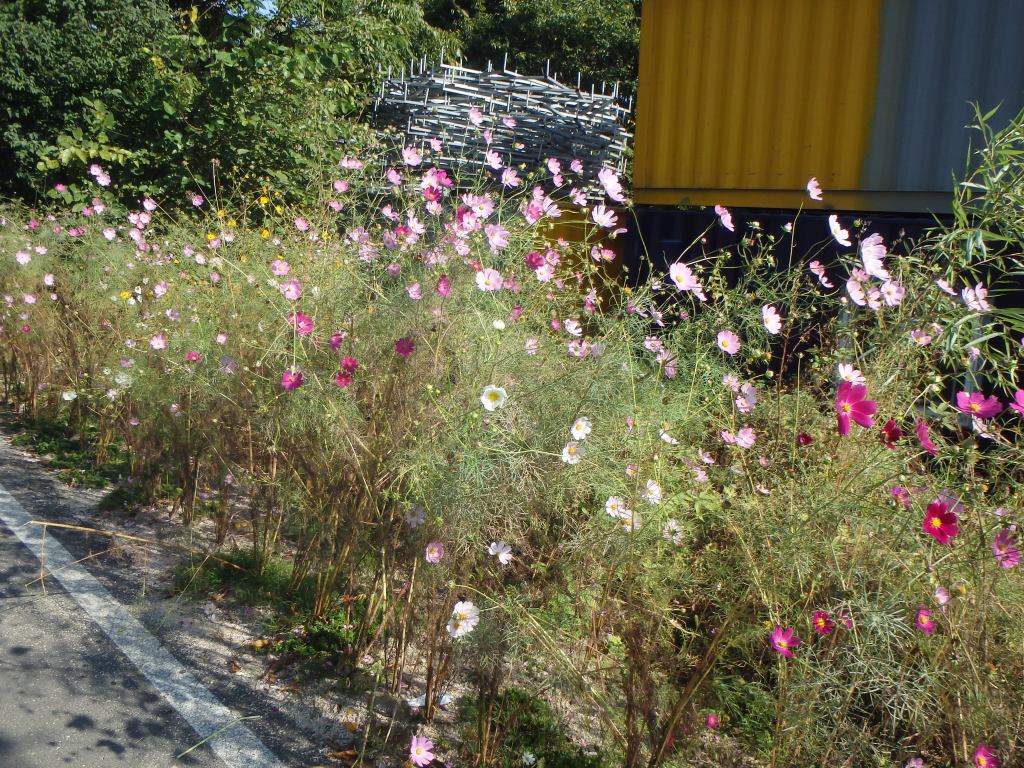 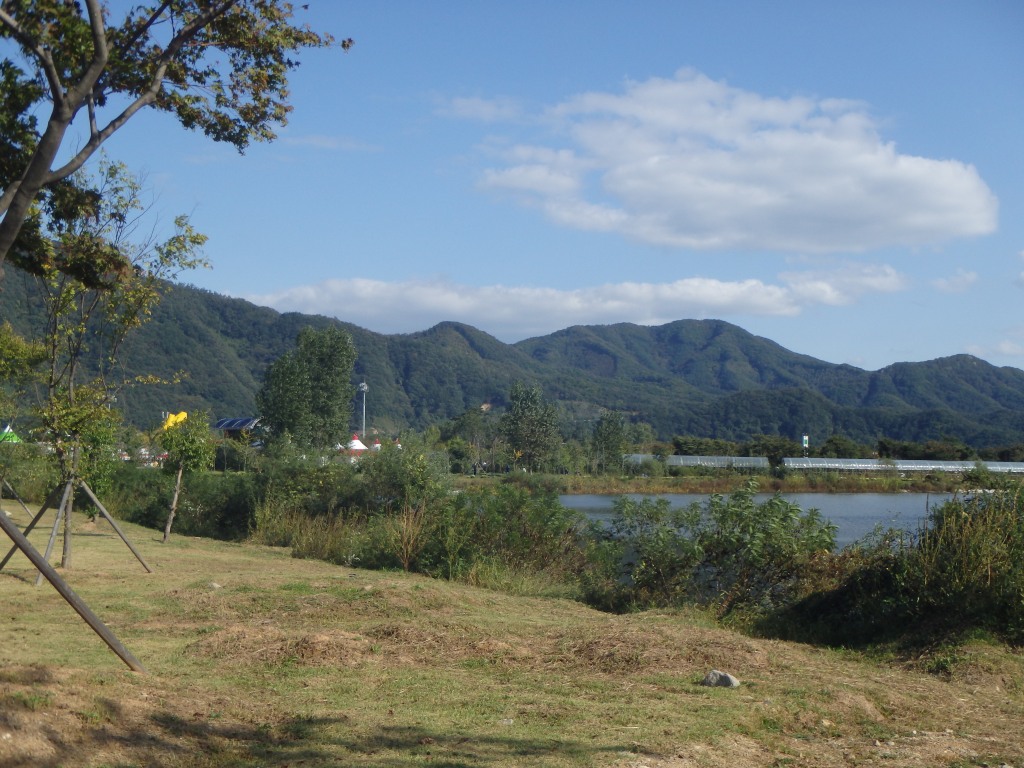 It was really lovely out there

The biggest free stage was where all of the food, drink, and other vendors were located. We walked around a bit and settled on some Kloud beer and chicken strips from TGI Friday’s. There was also a tent for Krispy Kreme donuts (which seem to be very popular here), Lotteria (a fast food burger chain), Papa John’s, and even 7 Eleven. 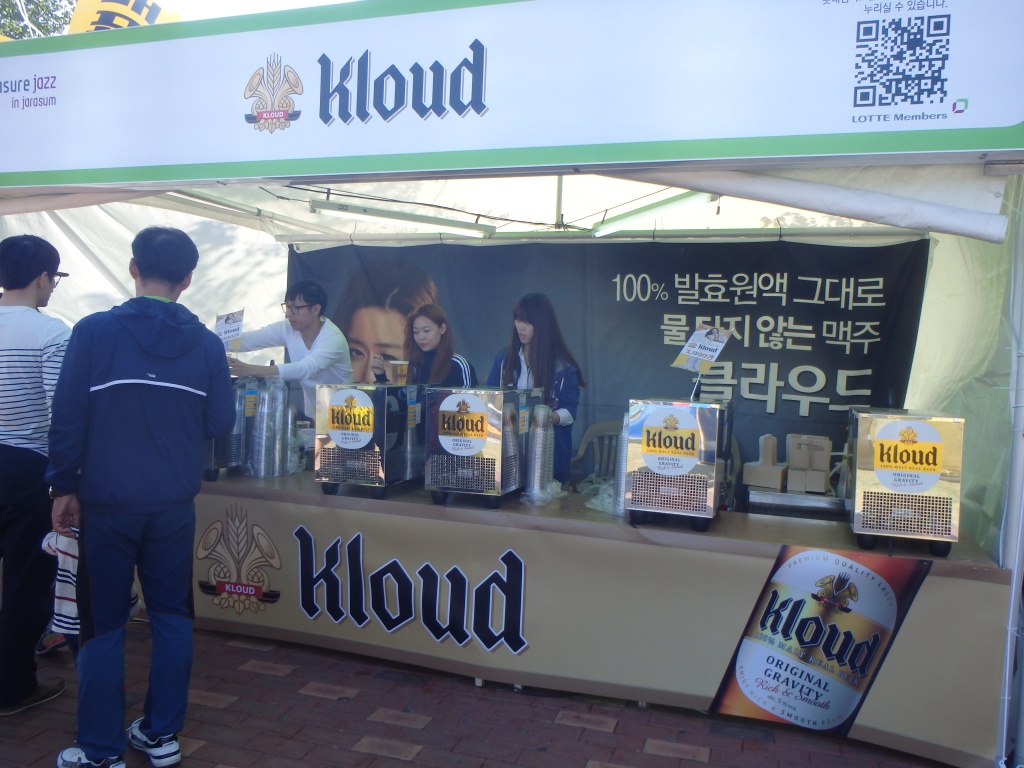 Kloud was the only draft beer we saw available 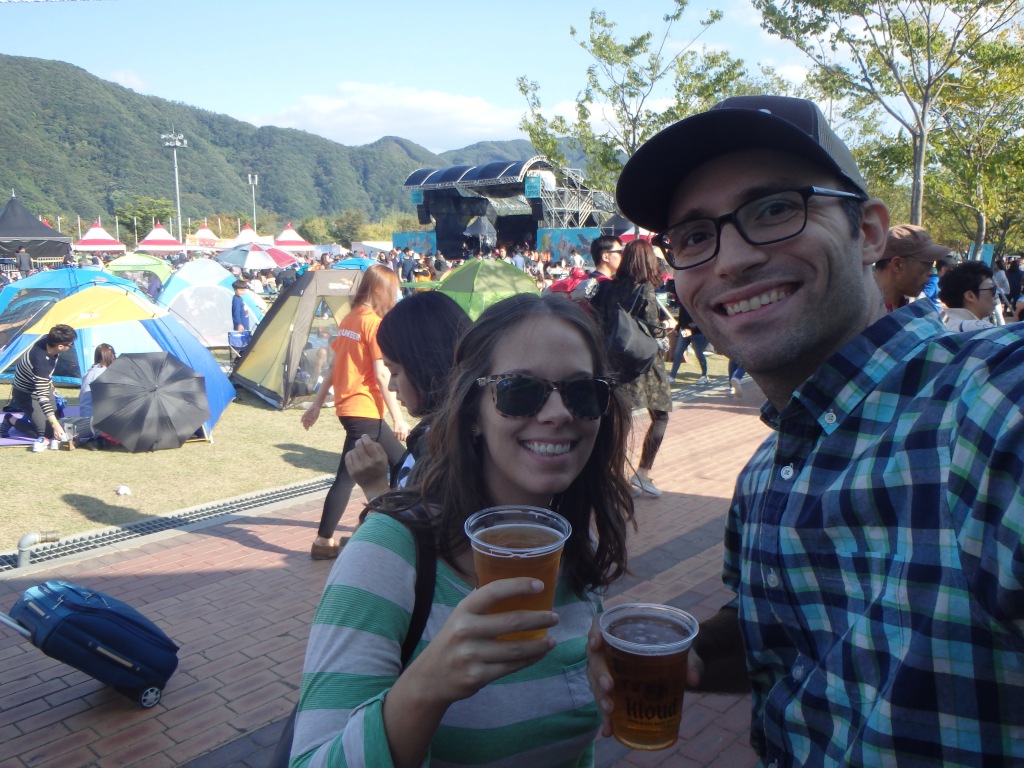 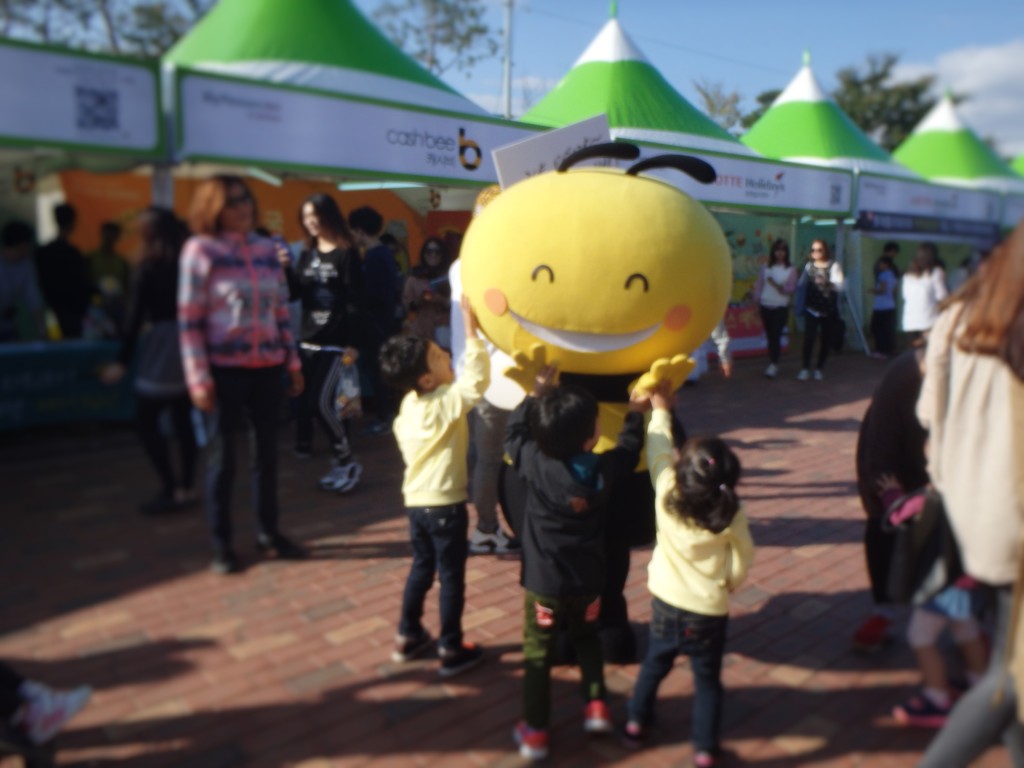 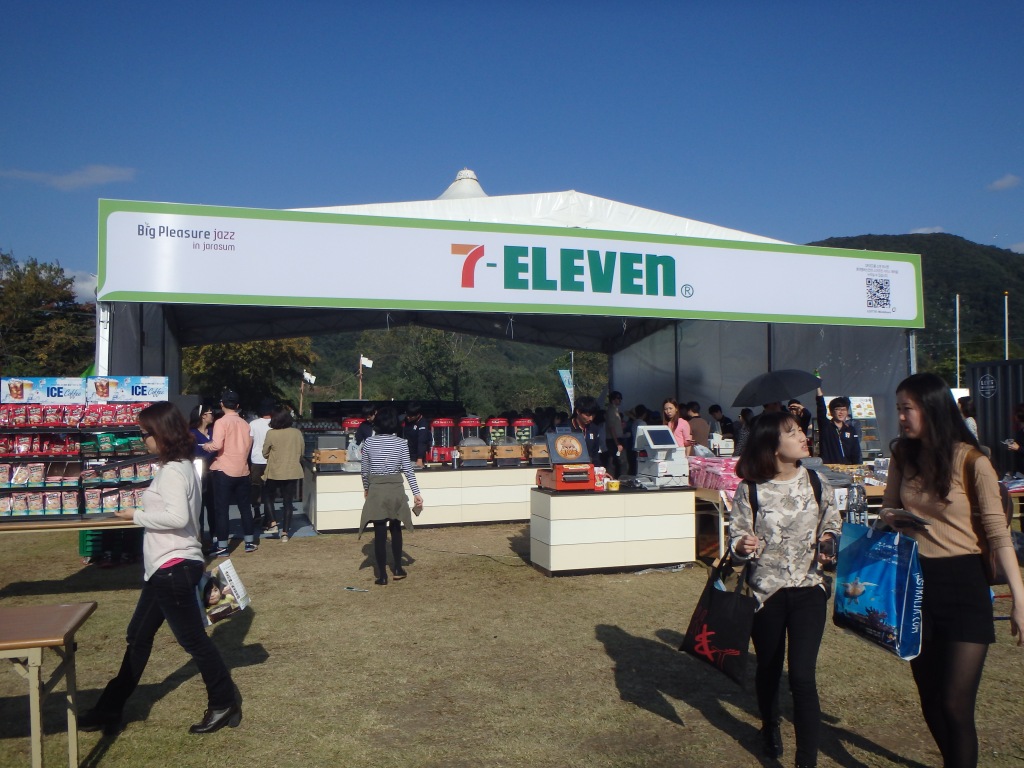 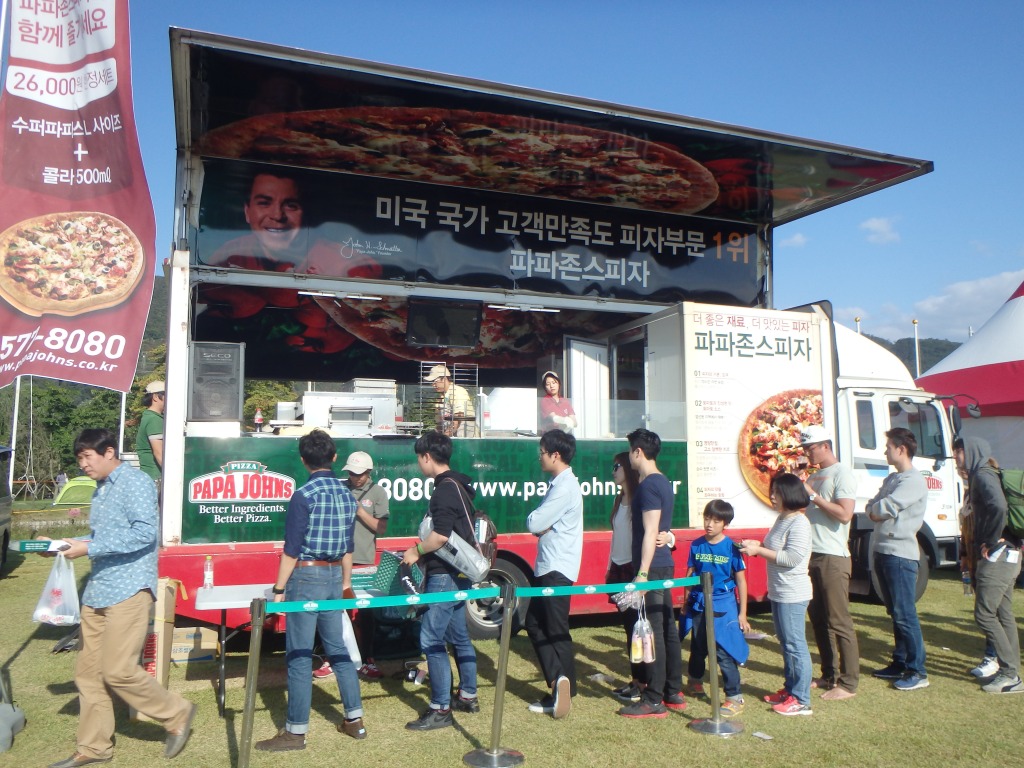 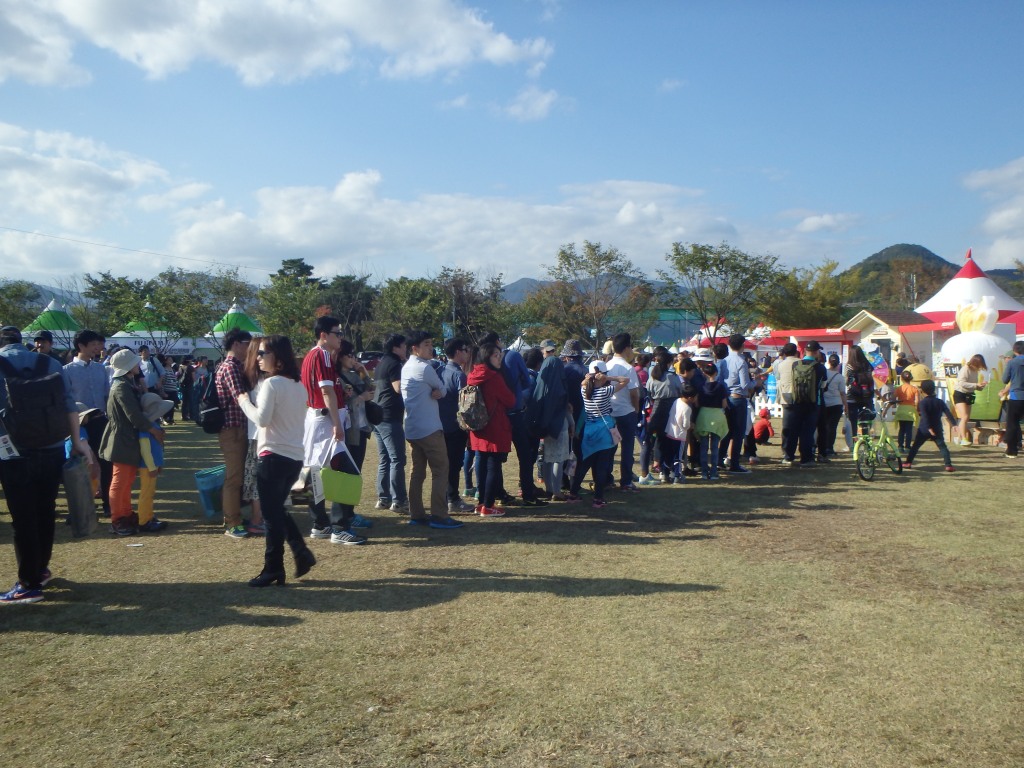 The line for Papa John’s! 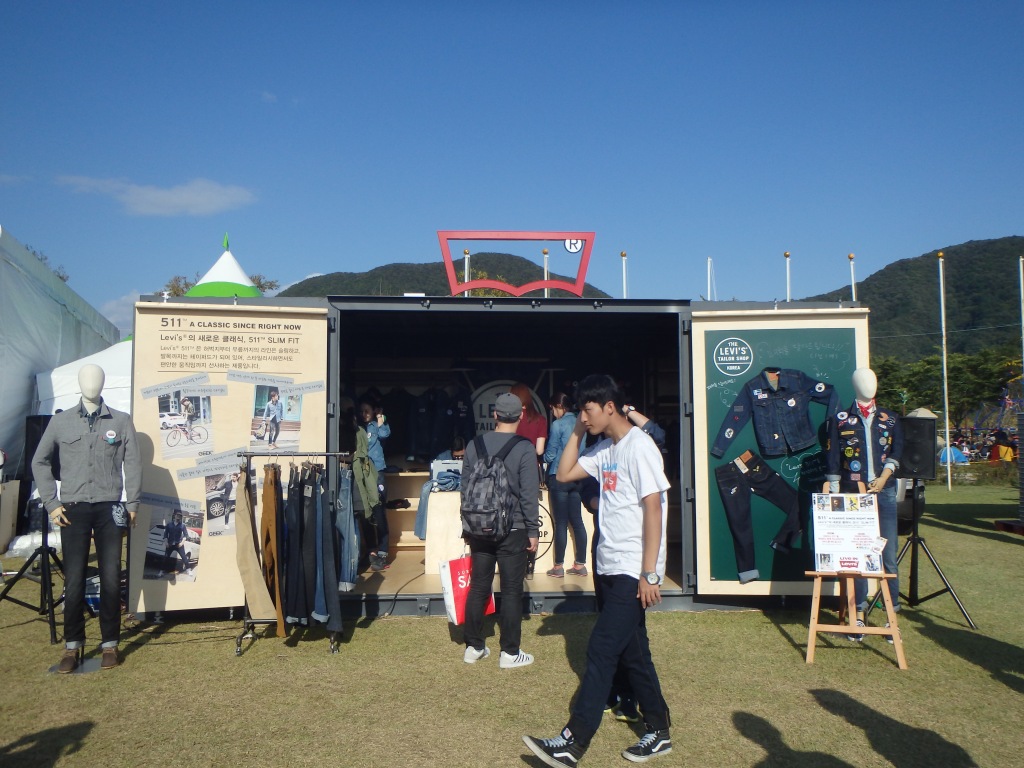 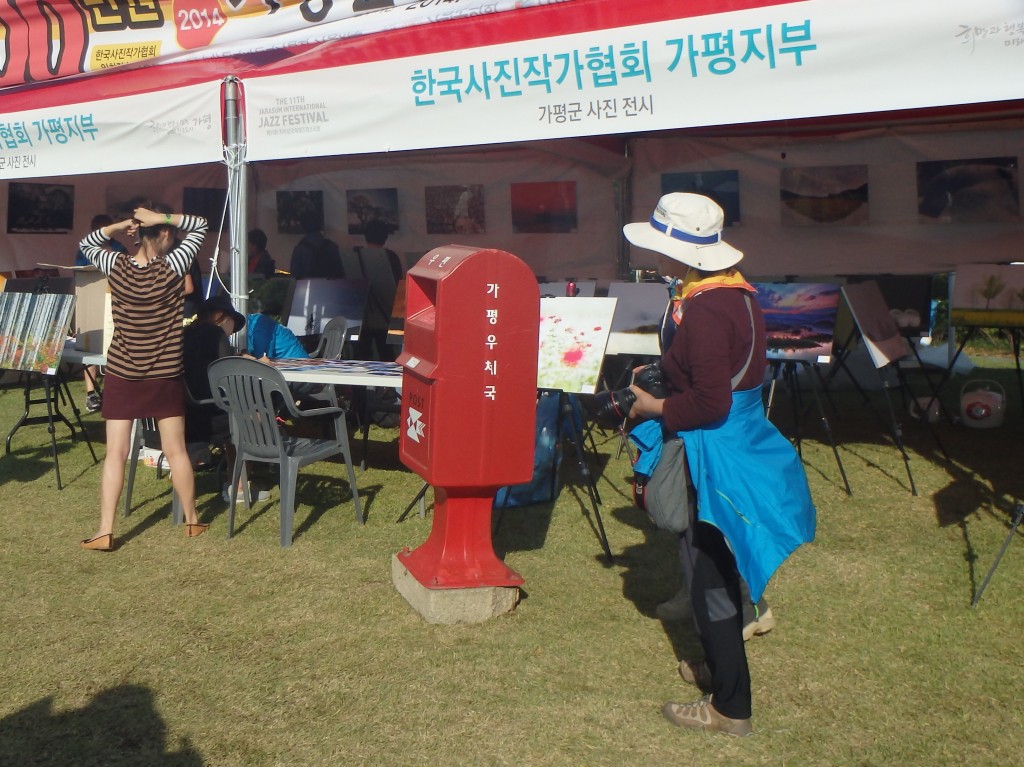 A photographer had set up an area where you could write on a postcard of one of his photos and then send it! 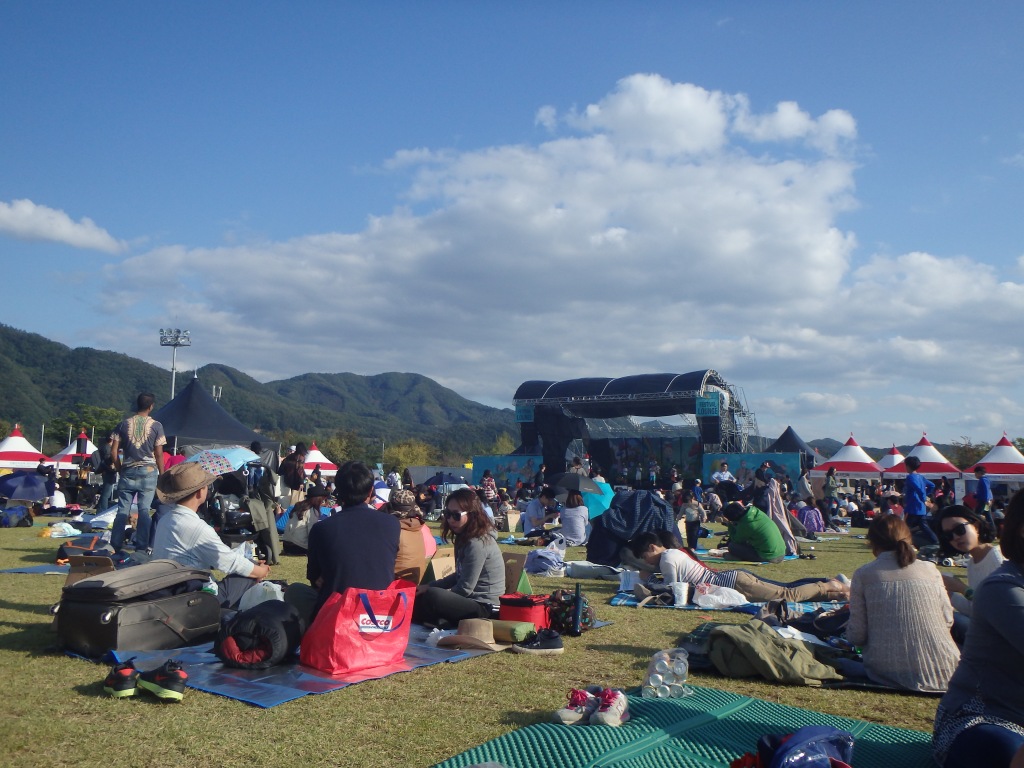 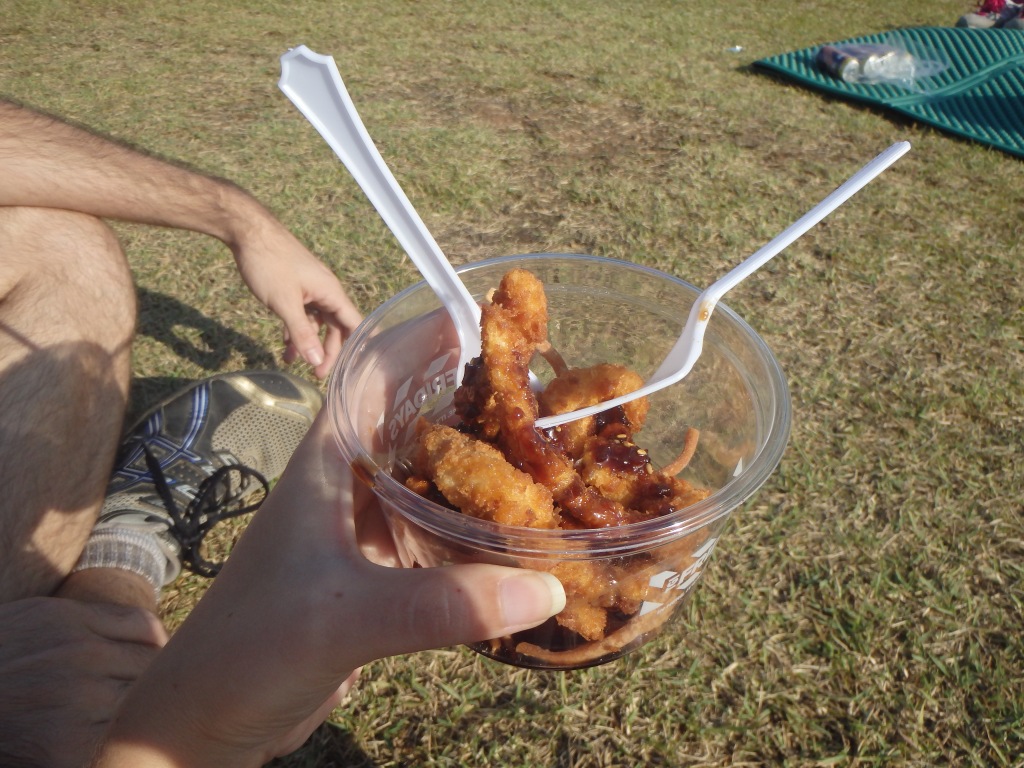 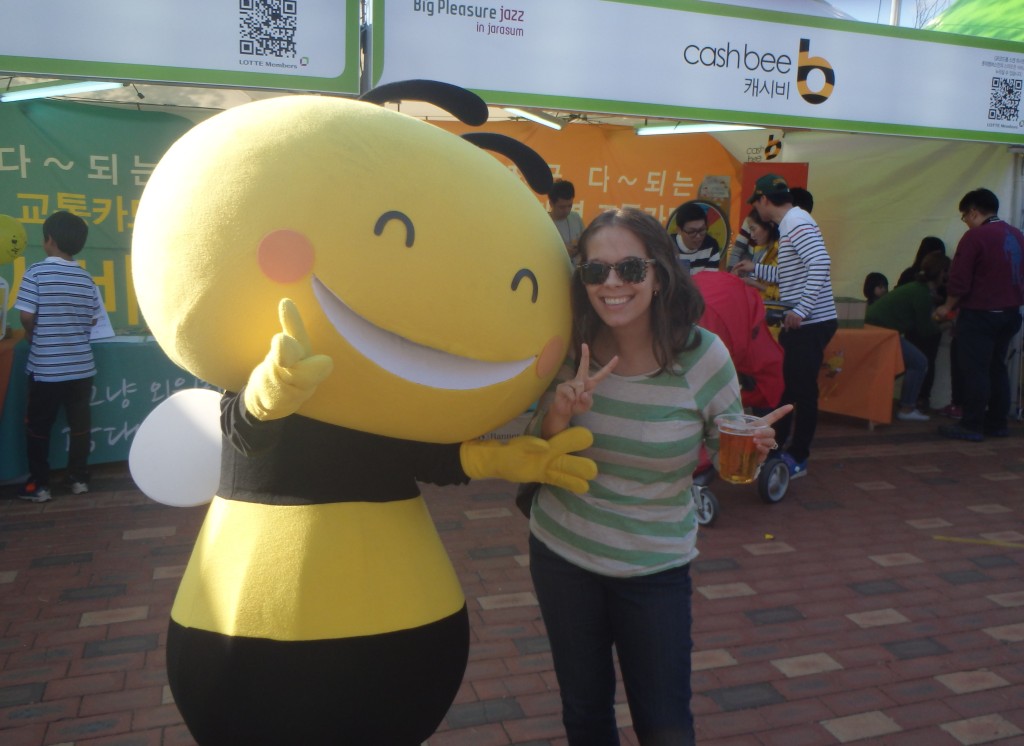 Me and the Cash Bee 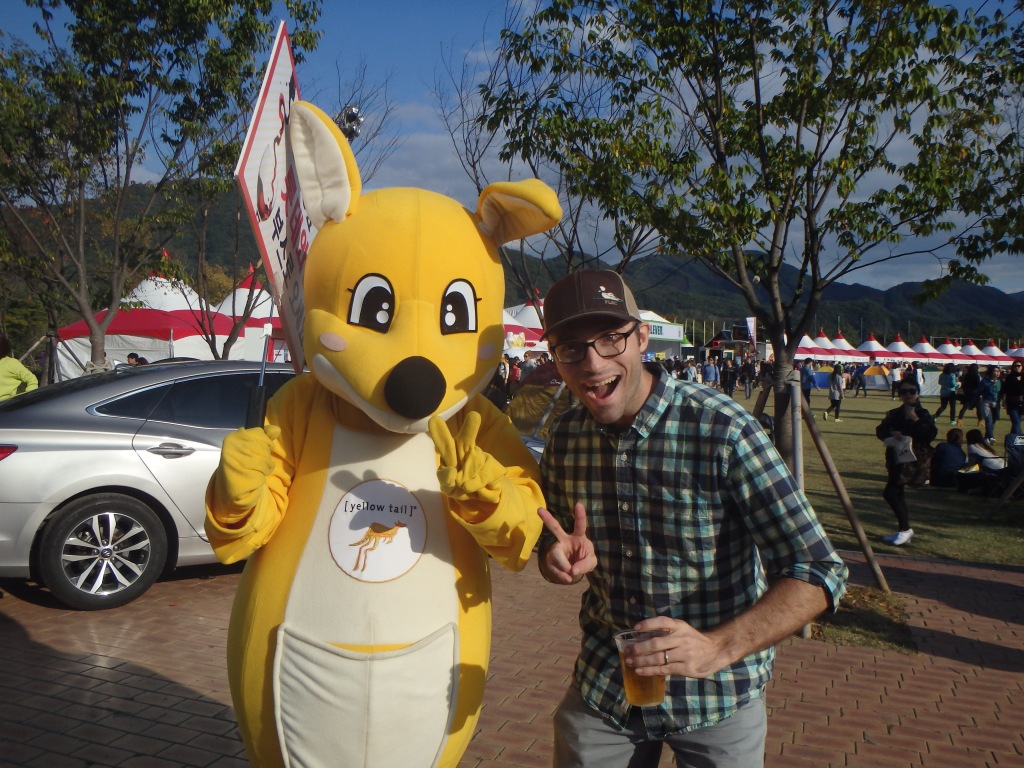 Zach and the Yellow Tail kangaroo! 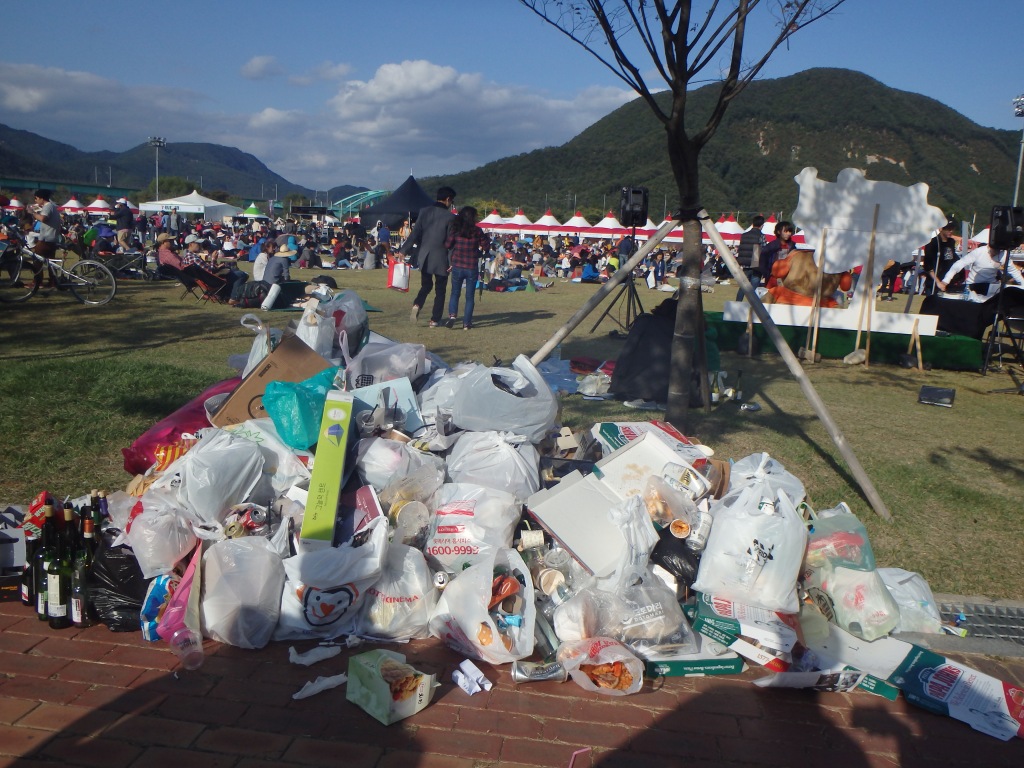 The trash heap – they should get a better system

We mostly hung out at the main free stage. The music was pretty unremarkable but it was really fun being in a festival environment. Everyone had brought a lot of food with them and almost everyone had their own beer and wine. It was like being at a picnic in Zilker Park on a beautiful fall day except surrounded by tons of Korean people. I do want to mention that I saw a girl picking the toppings off her Papa John’s pizza with chopsticks and then eating them… that is just not how pizza is eaten! A lot of people also had tents set up on the main lawn. We aren’t quite sure why? There was a separate camping area so it seemed like these tents were just for day use. If we are in Korea next year we’ll definitely make sure we get tickets to Jazz Island – which is where the real jazz artists played – and we’ll bring our own beer! 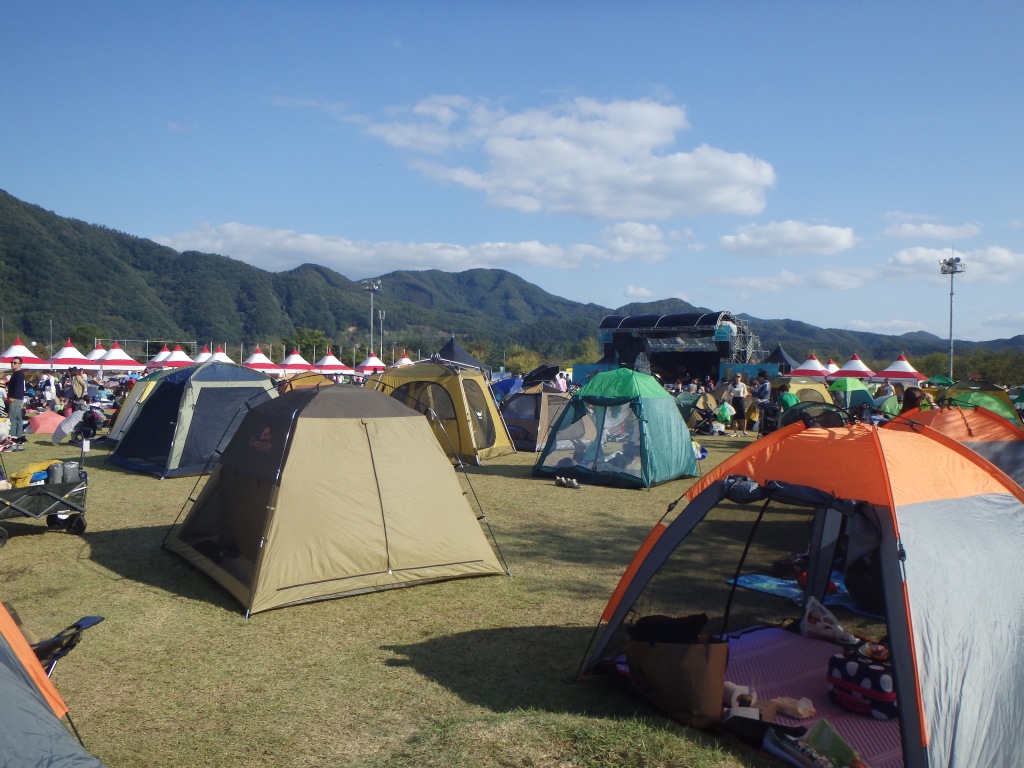 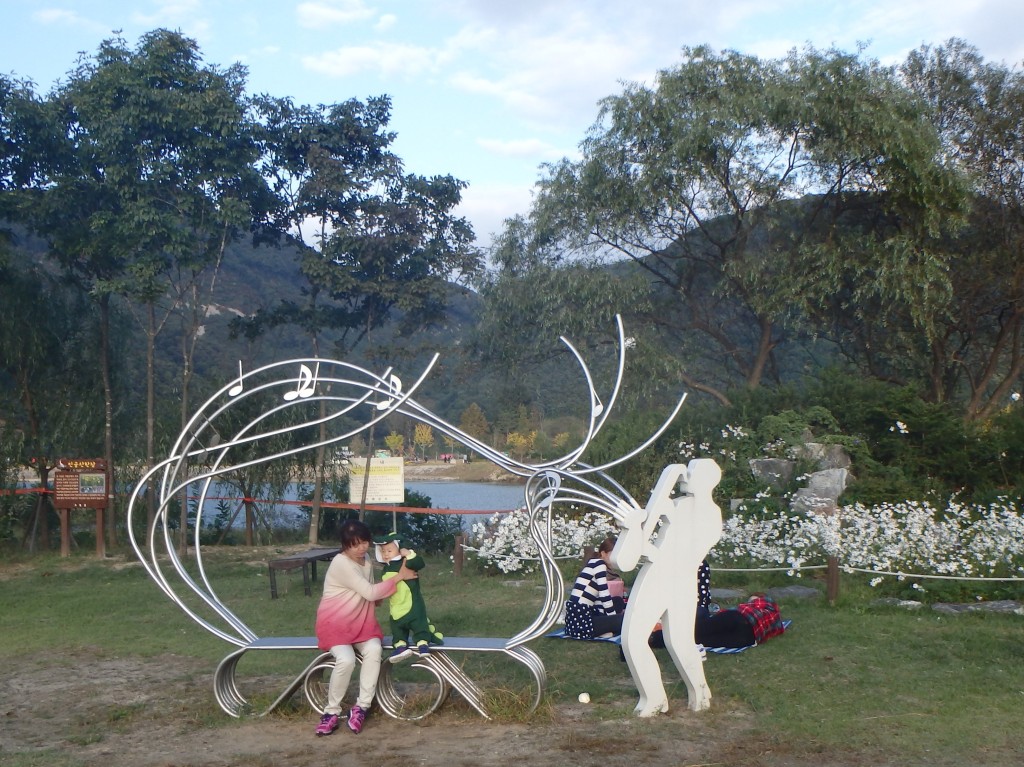 What a crazy bench! 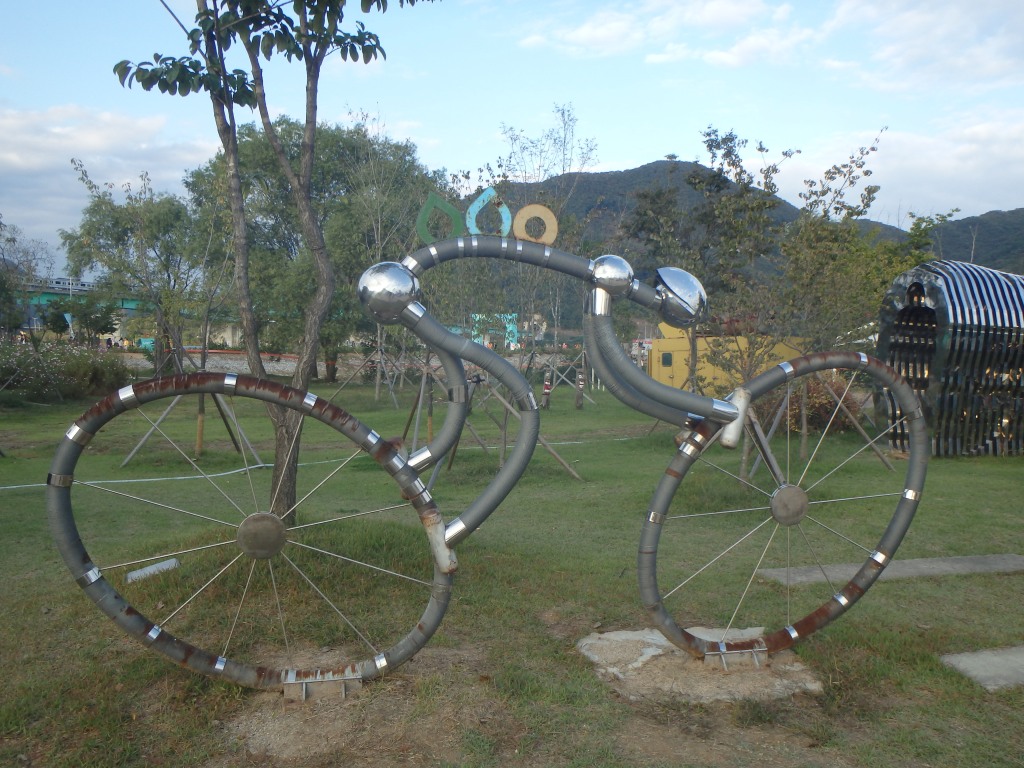 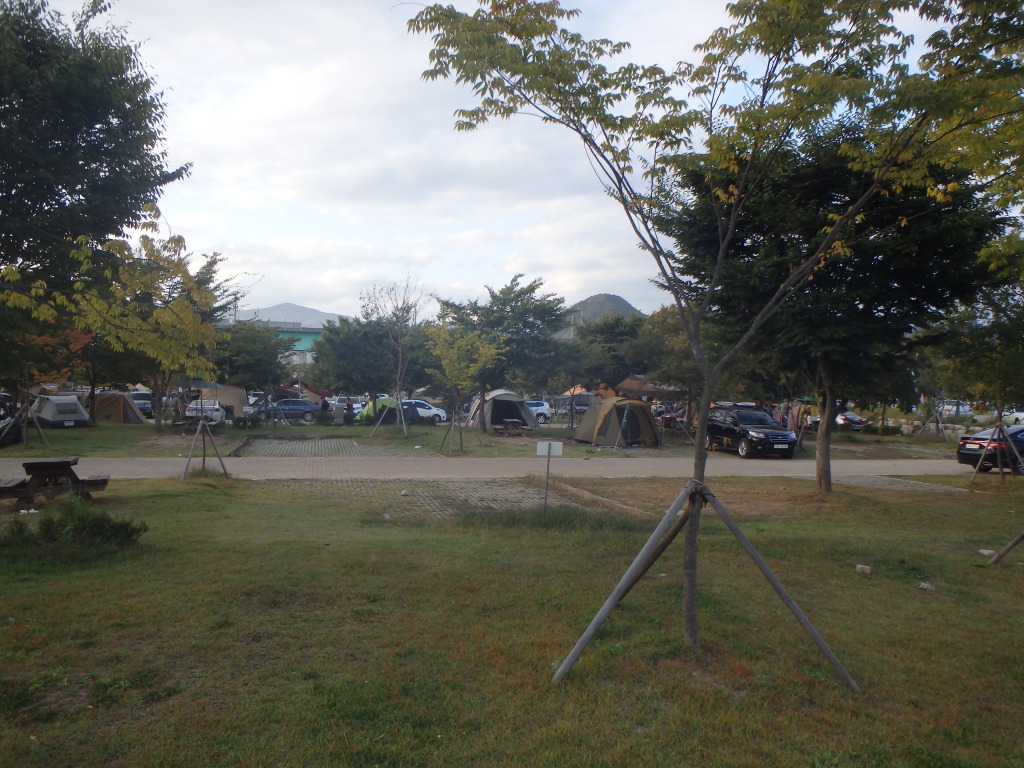 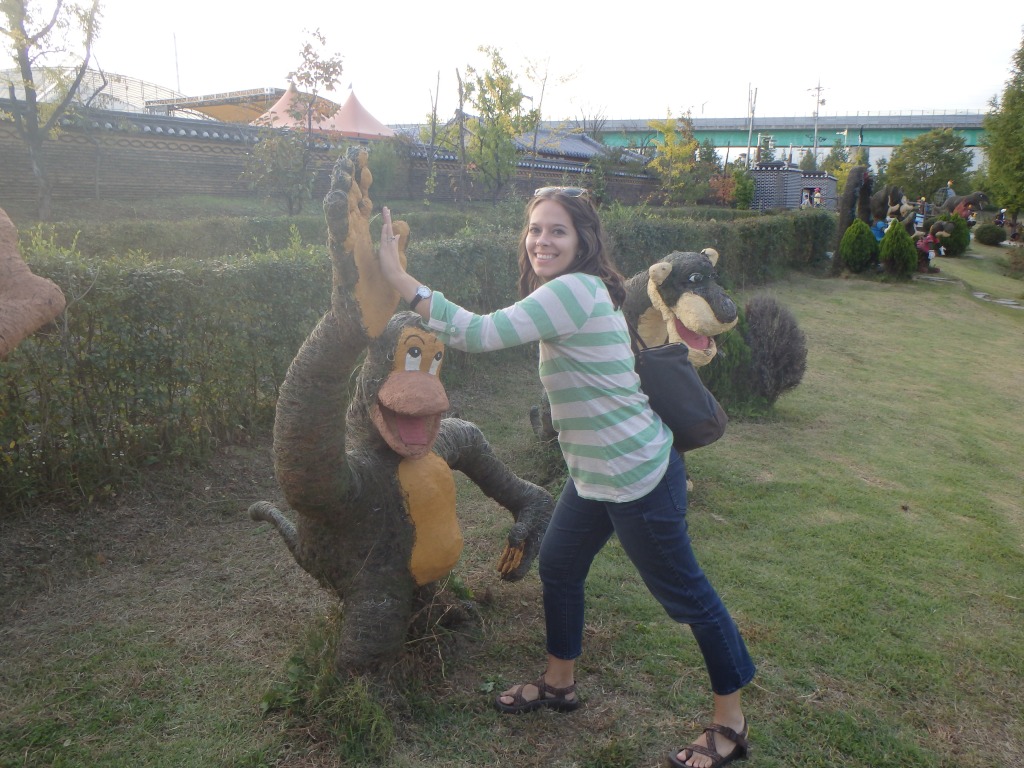 high five for The Jungle Book 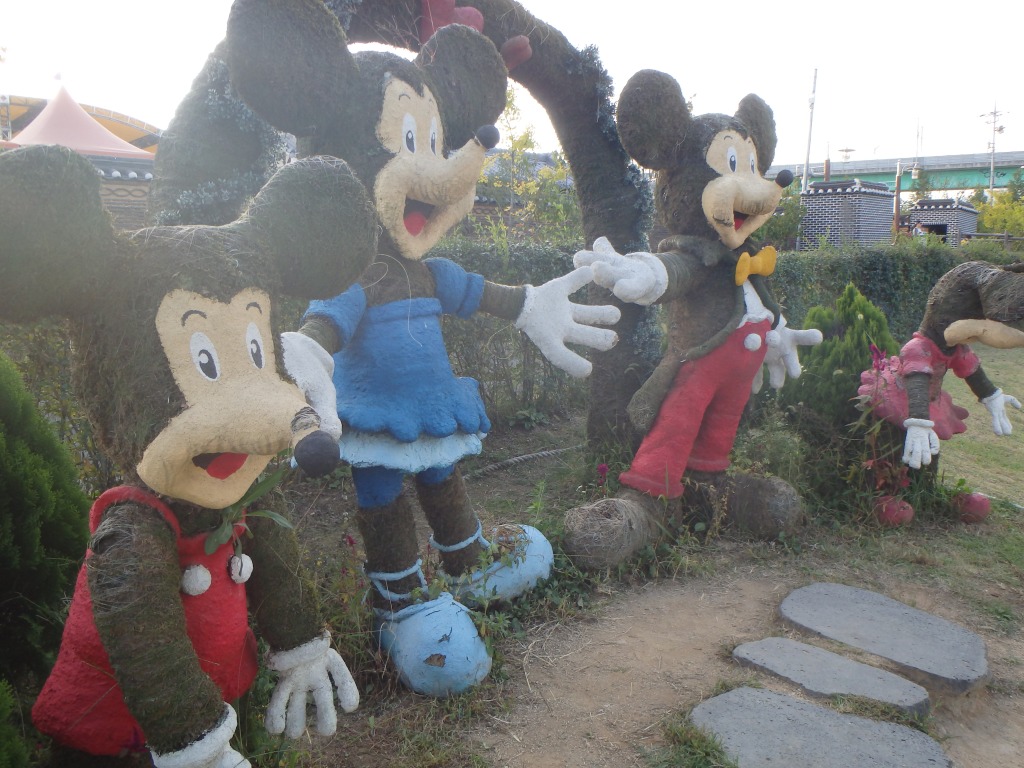 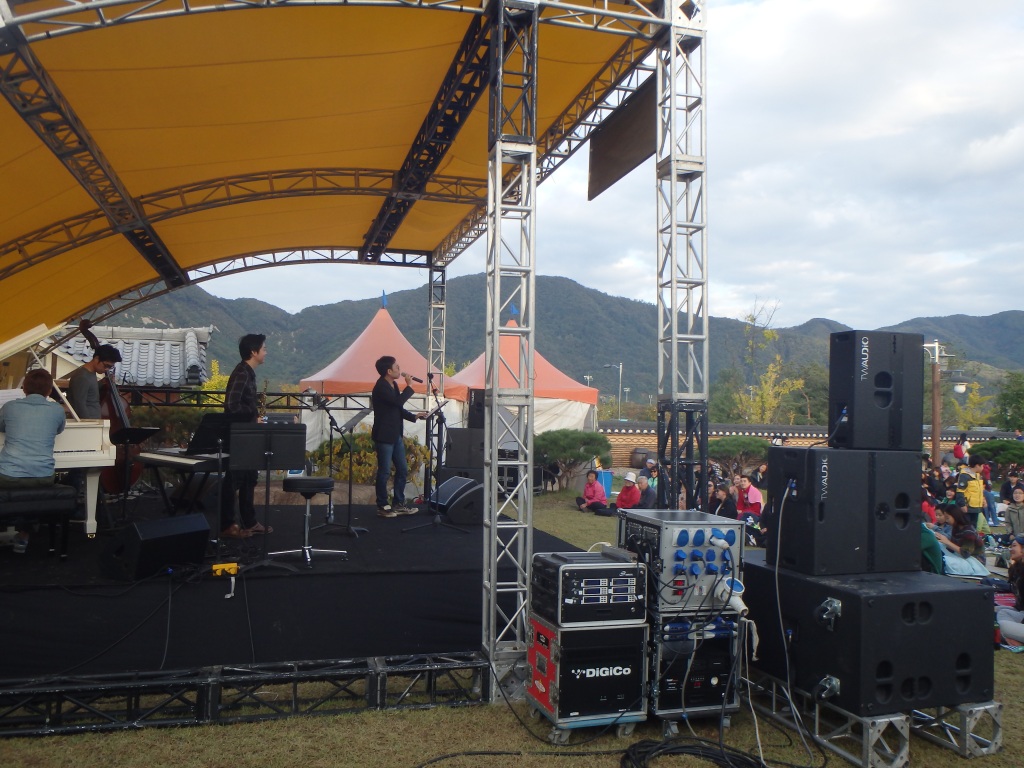 Another free stage on our way out 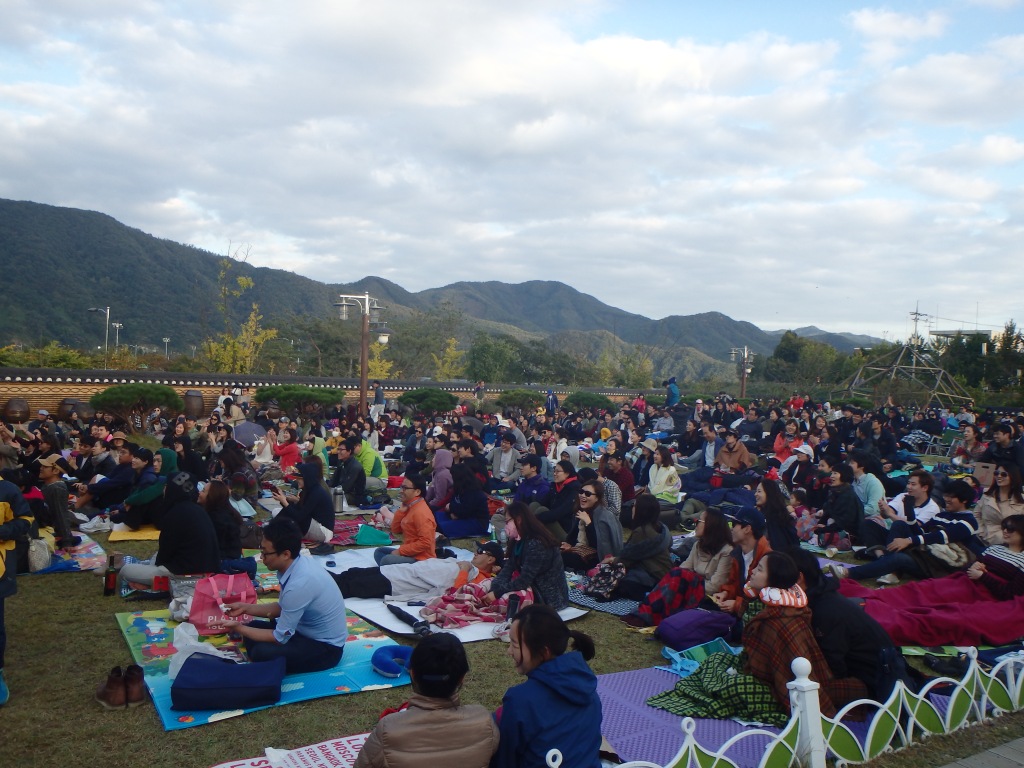 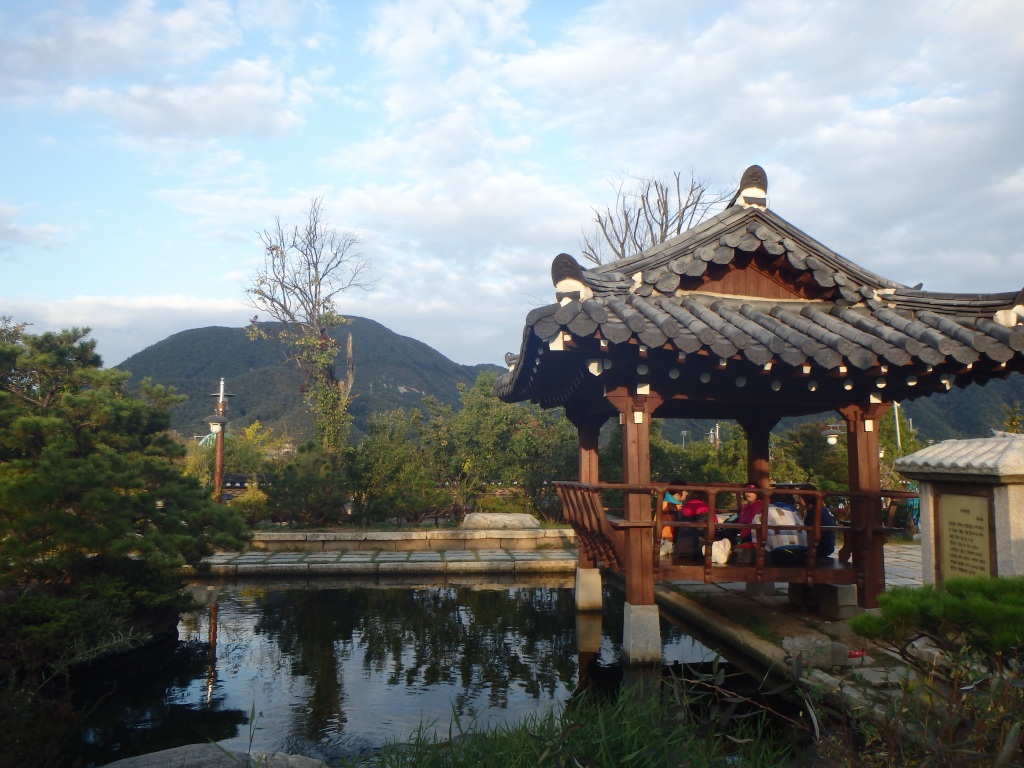 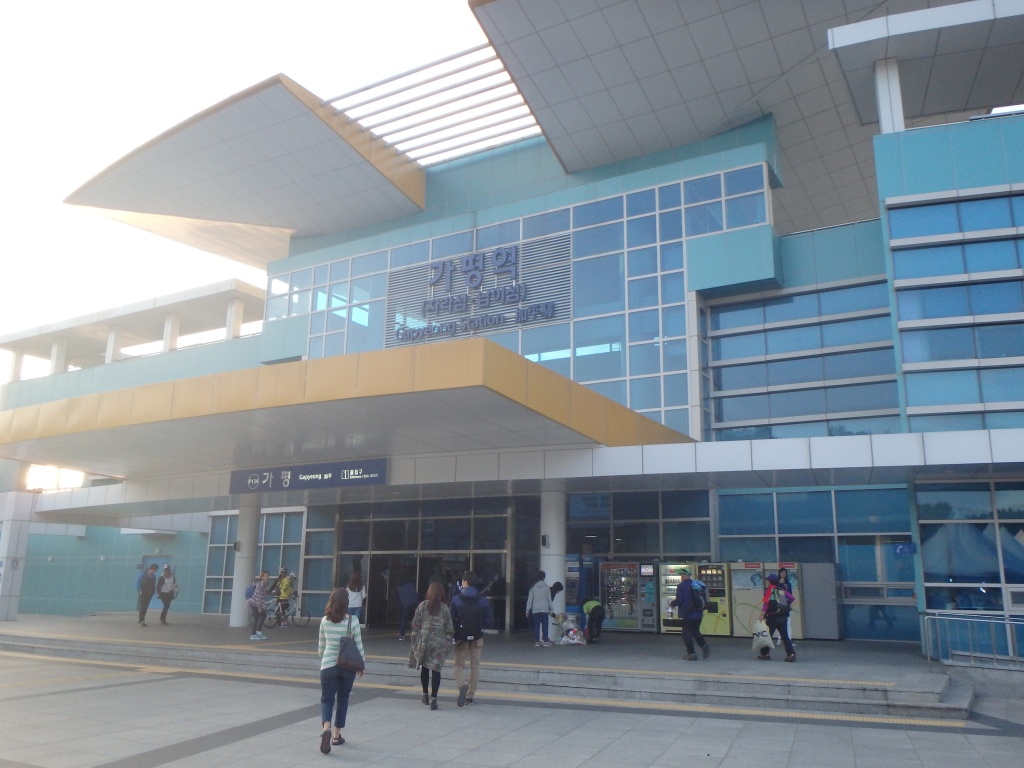 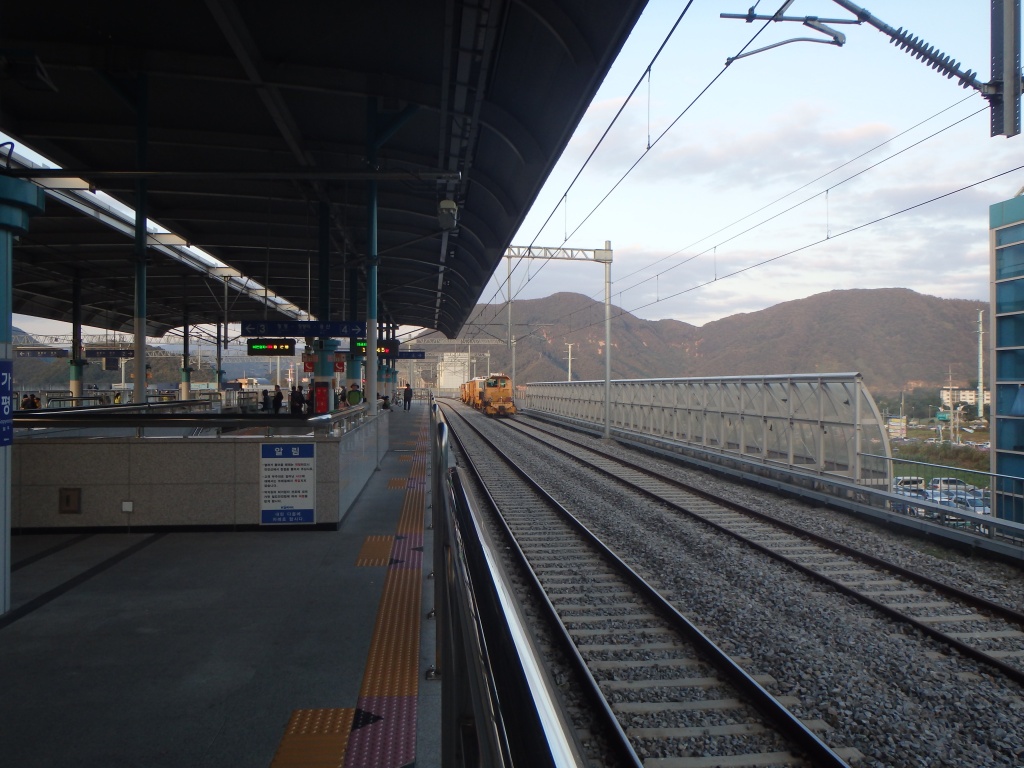