Winter has slowed our sight seeing efforts a bit, plus we are prepping for our winter vacation to Cambodia! So last weekend and this past weekend we kept it simple and visited a couple of the Christmas markets in Seoul.
Last weekend we went to the European Christmas Market which was hosted by the embassies of several European countries. It was in a very small square in Northeast Seoul. We went on Saturday afternoon and it was extremely crowded. The space was utterly inadequate for the amount of people that attended. It was difficult to move around and just see what the different tents offered.

So we mostly stood around drinking glühwein. The only tent we successfully visited was Ukraine. Zach got something, I had a pig in a blanket, and Paul went for the sandwich and vodka special. 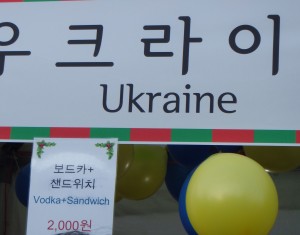 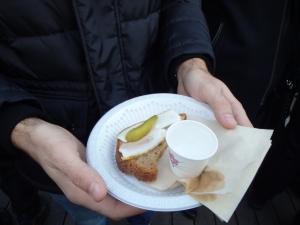 While the glühwein was great, the atmosphere of the market was a little odd. When we arrived there was a band playing covers. It wasn’t Christmas music but it was festive. Then all of a sudden, the Kpop started blasting and I think there was a dance competition on the stage? I’m not really sure since we couldn’t see. It would have been great if there was at least Christmas music playing from a stereo… So, we decided to leave the market and go get some burgers at our favorite place, Left Coast, instead. 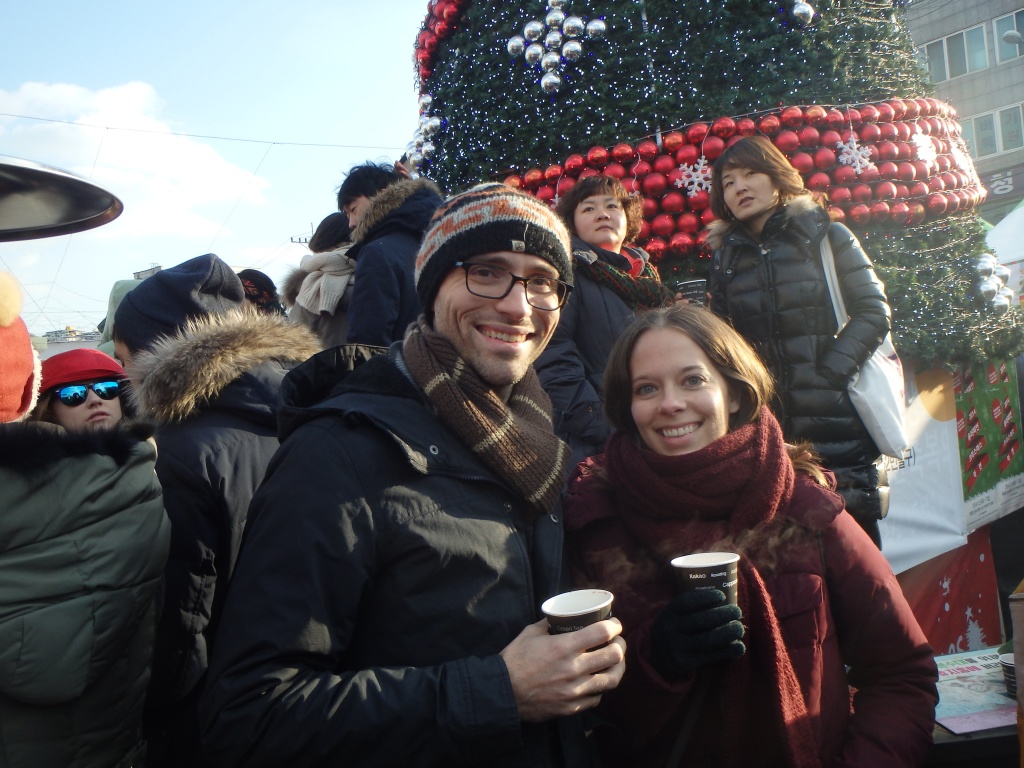 On Saturday we visited the French Christmas Market in Seorae. It was much better than the European Market! We could move around and enjoy ourselves by indulging in the food and drink offered. 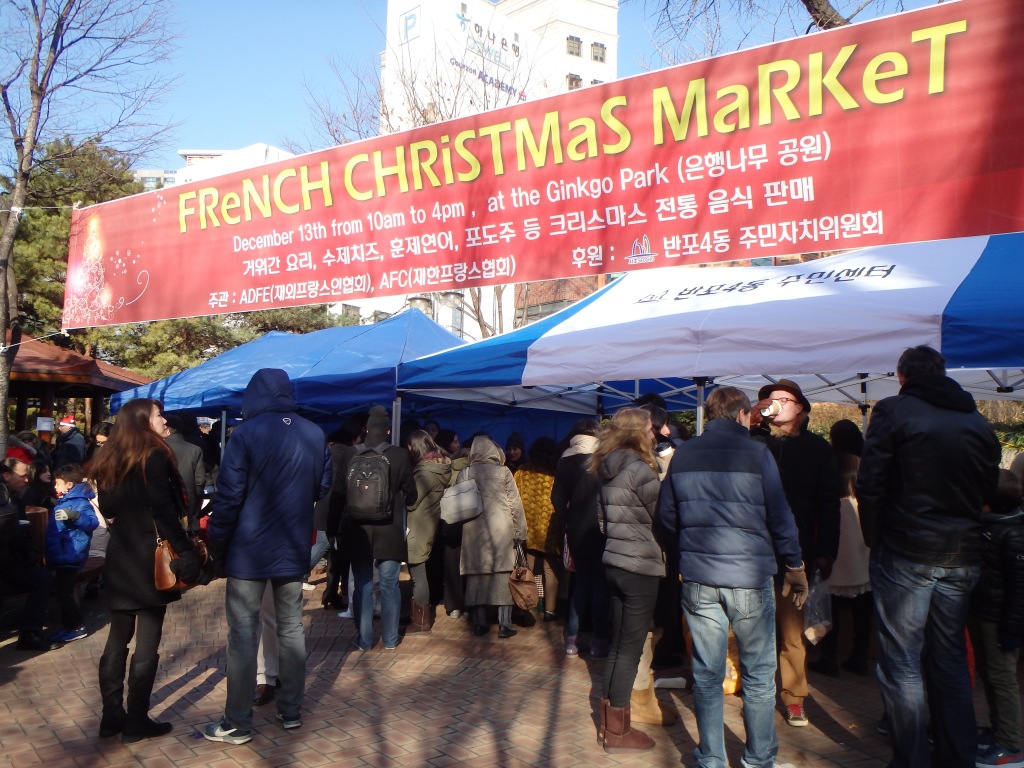 We had some vin chaud, a pork rillette, and a sausage and onion crepe. Then we bought a loaf of bread and some yuja pastries from a French bakery I had visited earlier that morning in Itaewon, Bread Show.

Waiting for our pork rillette 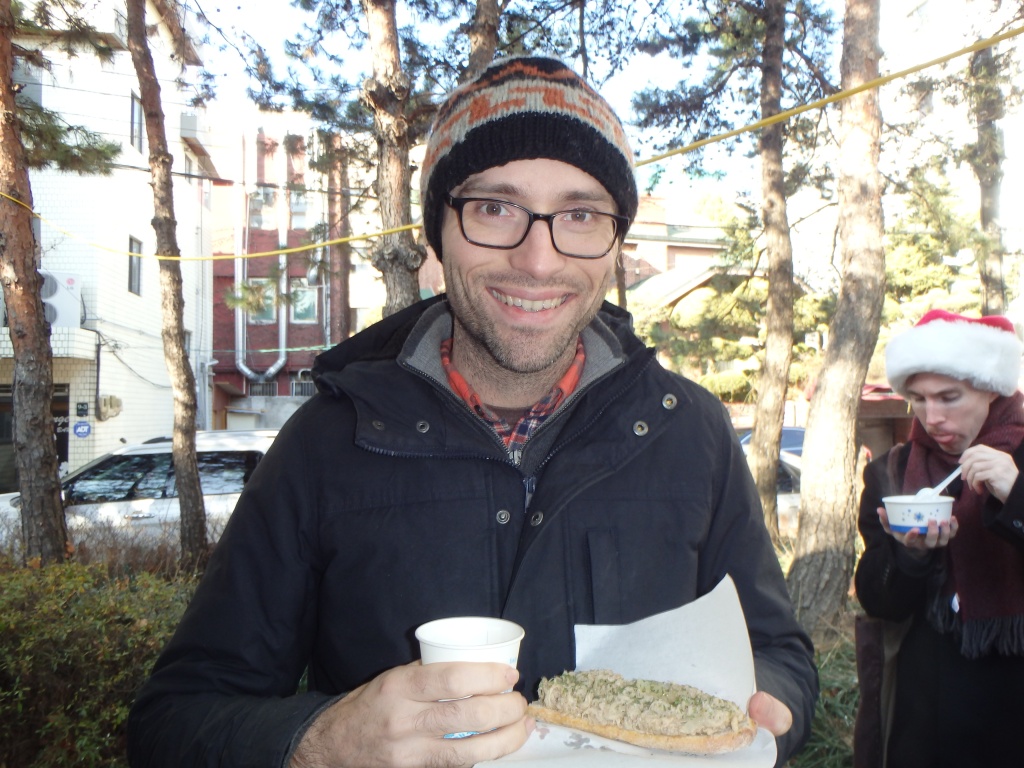 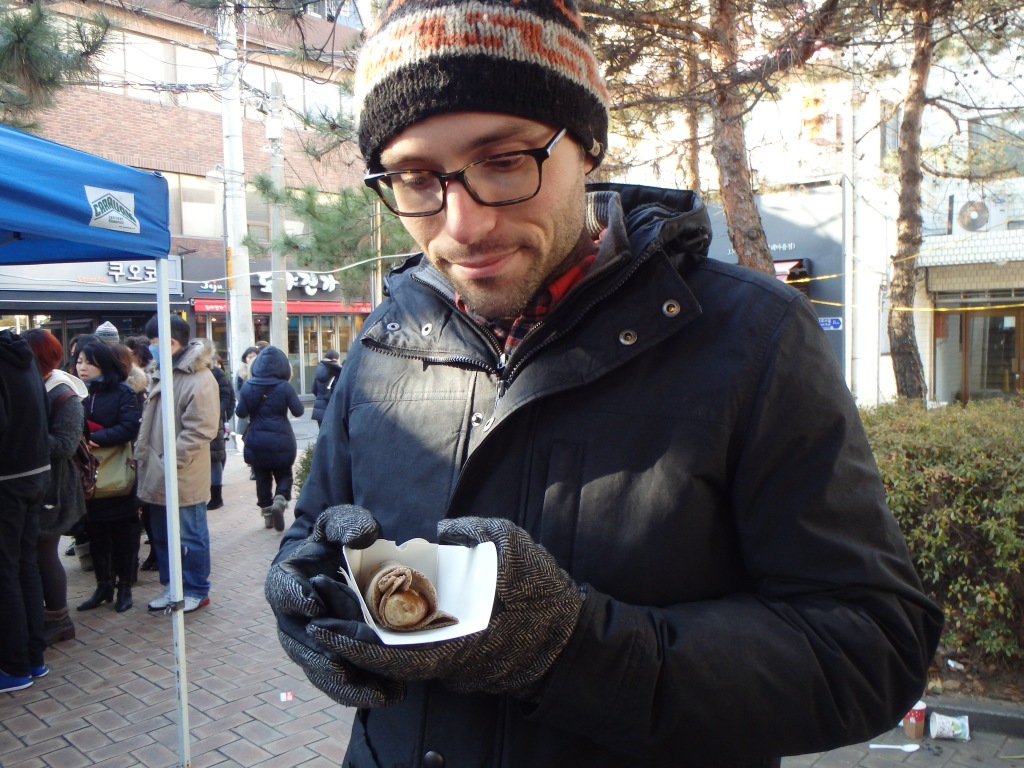 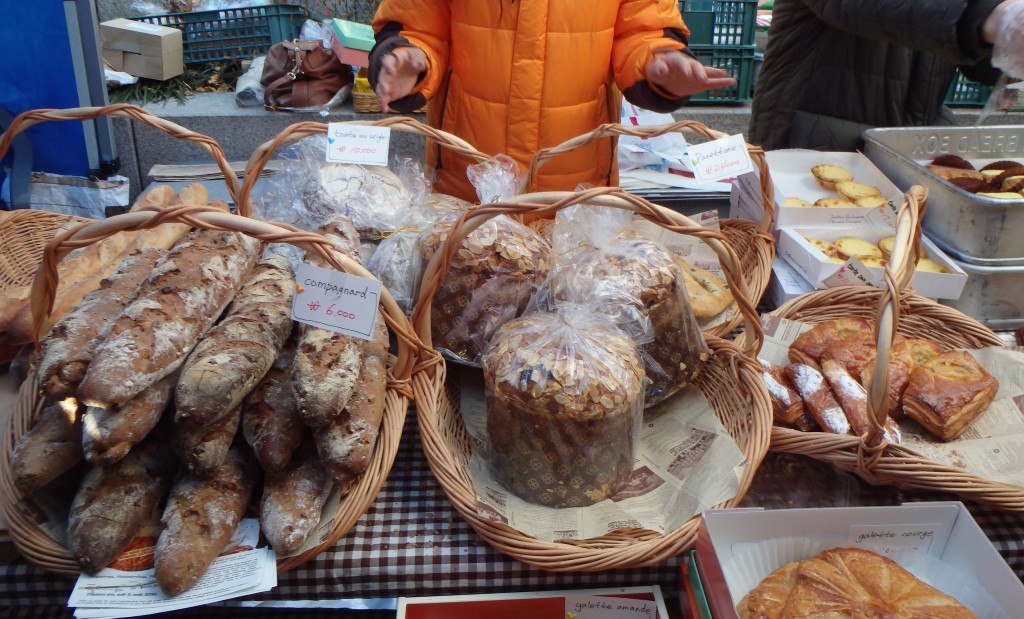 It was a wonderful market and if we hadn’t gorged ourselves on Dos Tacos burritos just prior we probably would have eaten more! There were sausages, sweet crepes, and even some escargot we could have eaten. Oh well. I guess we’ll just have to go to France during Christmas sometime…

checking out the sausage selection

Me with our bread purchase – it was a cold & windy day…

We also had a pretty decent snow on Friday afternoon so I took my kids outside to play. I had a lot of fun and so did they! Here are some photos just cuz. 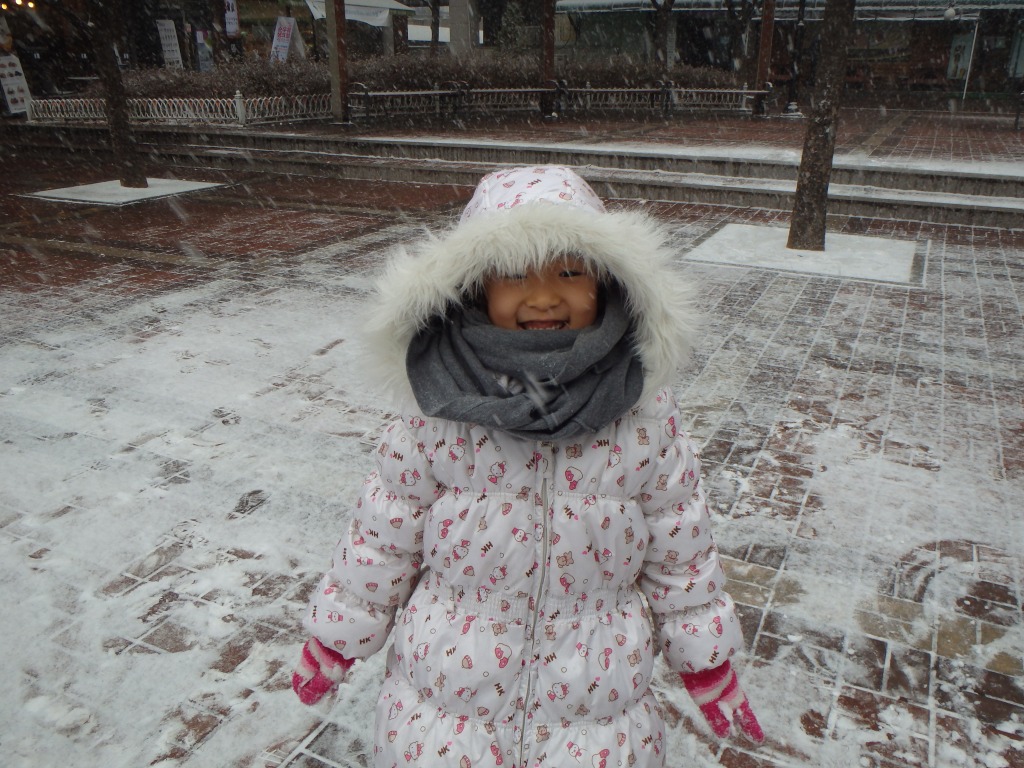 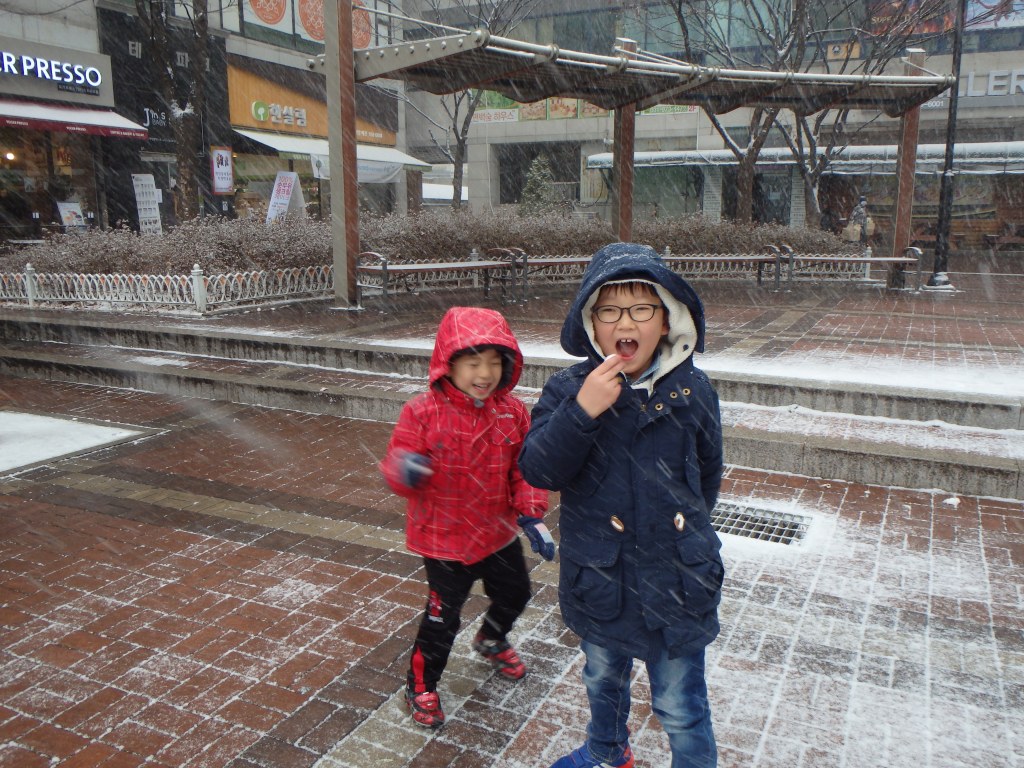