Our last temple of the day was Ta Prohm. Thankfully we weren’t feeling any fatigue even though we had already spent several hours walking among ruins. I didn’t have too many expectations for Ta Prohm. All we really knew was that it was one of the essential temples to visit and that it had an “Indiana Jones” feel to it. So, with that small introduction we proceeded to Ta Prohm, arguably the second most popular tourist destination at Angkor.

Peeking at the entry tower through the greenery

Restoration was on-going during our visit 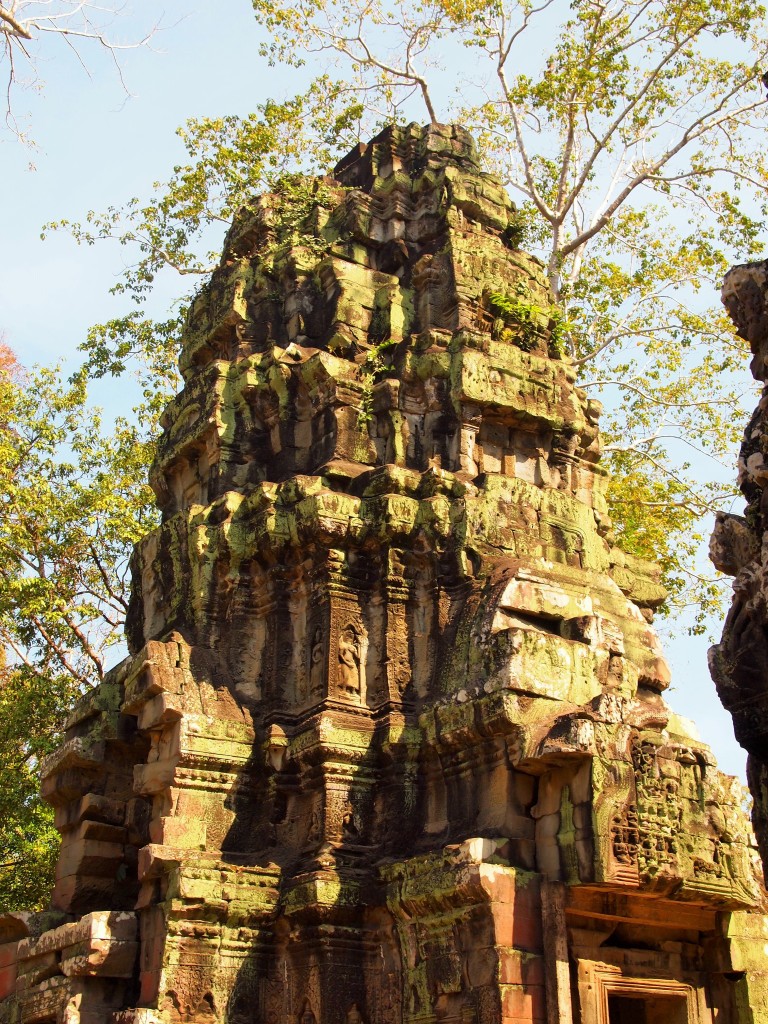 Ta Prohm was built by Jayavarman VII in the latter half of the 12th century. It was a Buddhist monastery that he dedicated to his mother and one of few places in Angkor that had an inscription which provided information about the complex. According to the inscription, Ta Prohm required almost 80,000 people to maintain the temple.

This was the busiest area we saw 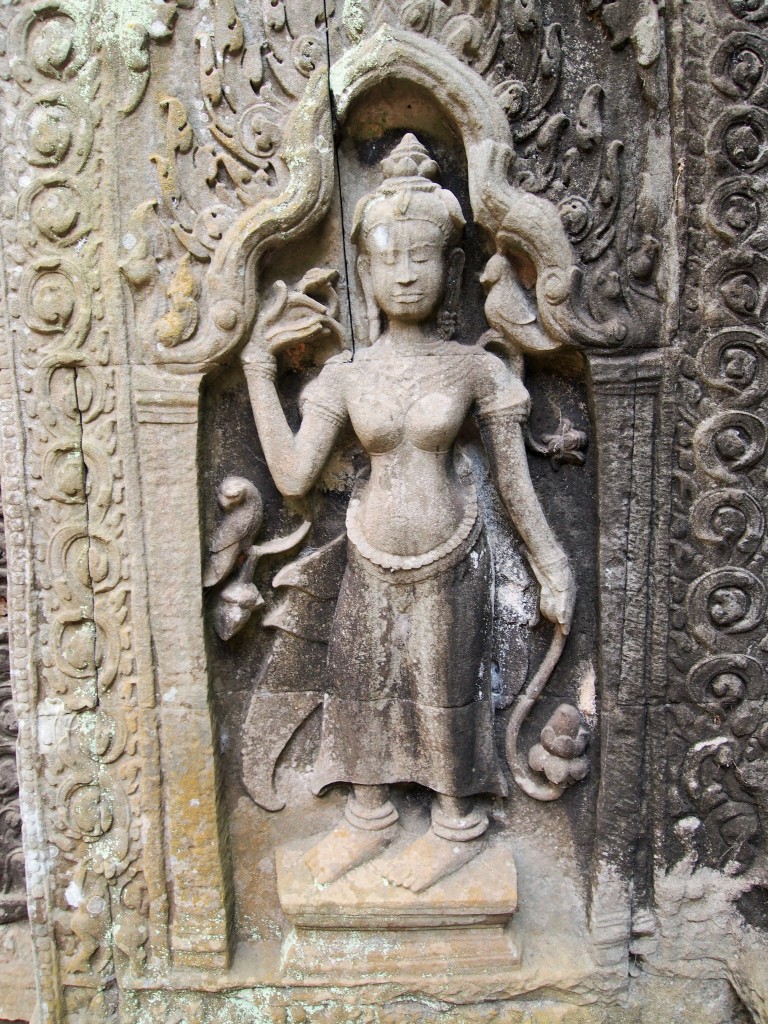 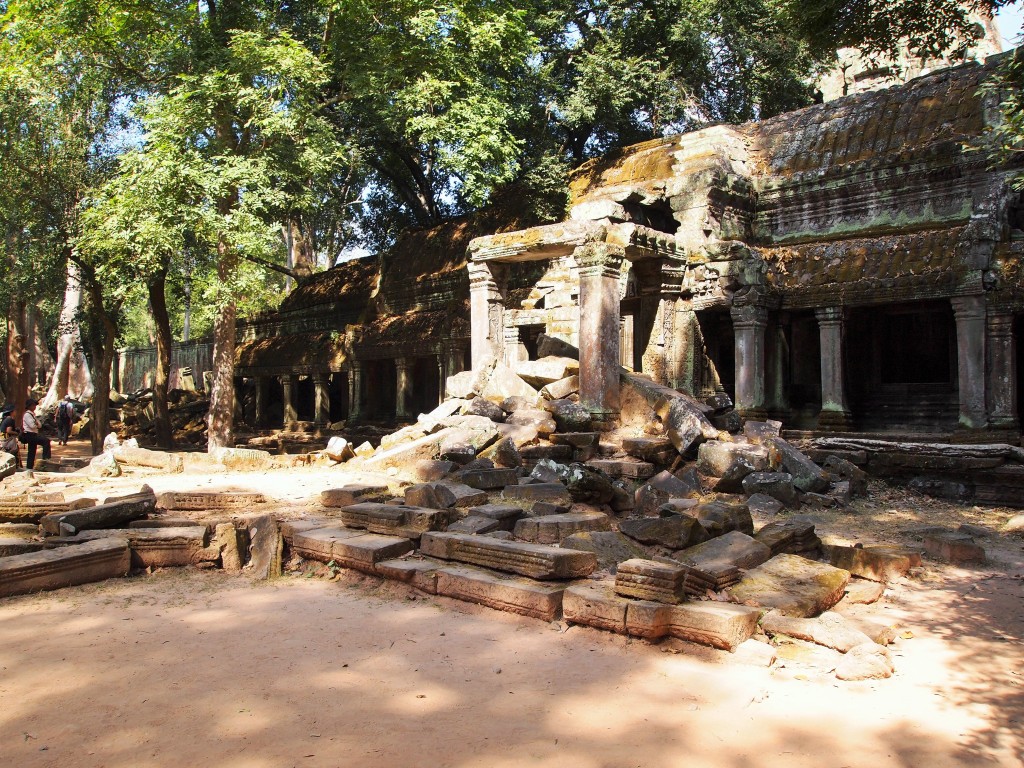 Ta Prohm is what every tourist hopes to see when they visit Angkor – a crumbling ruin still in the forest’s embrace. However, Ta Prohm isn’t quite left to the jungle anymore. Although it is still incredibly atmospheric, the jungle is kept at bay to prevent any further destruction to the temple. In front of the more popular photo ops, platforms and railings have been erected to keep visitors off of the trees, too. There was also on-going restoration work being done to parts of the temple. Even still, it was easy for us to wander in and out of the narrow corridors and escape from the more crowded areas. We found ourselves often alone in the stillness of the ruins. Ta Prohm gave us a glimpse of what the ruins would have looked like to the explorers who found them in the midst of the jungle, ravaged by nature’s slow encroachment. It was mesmerizing. A powerful reminder of nature’s dominance. 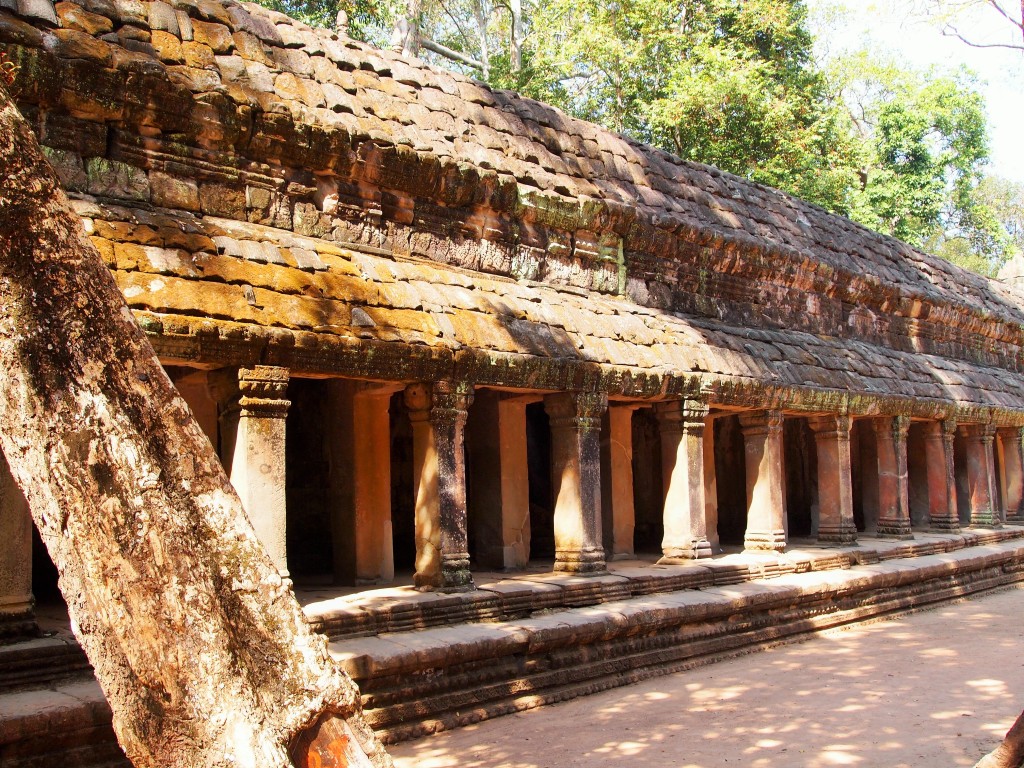 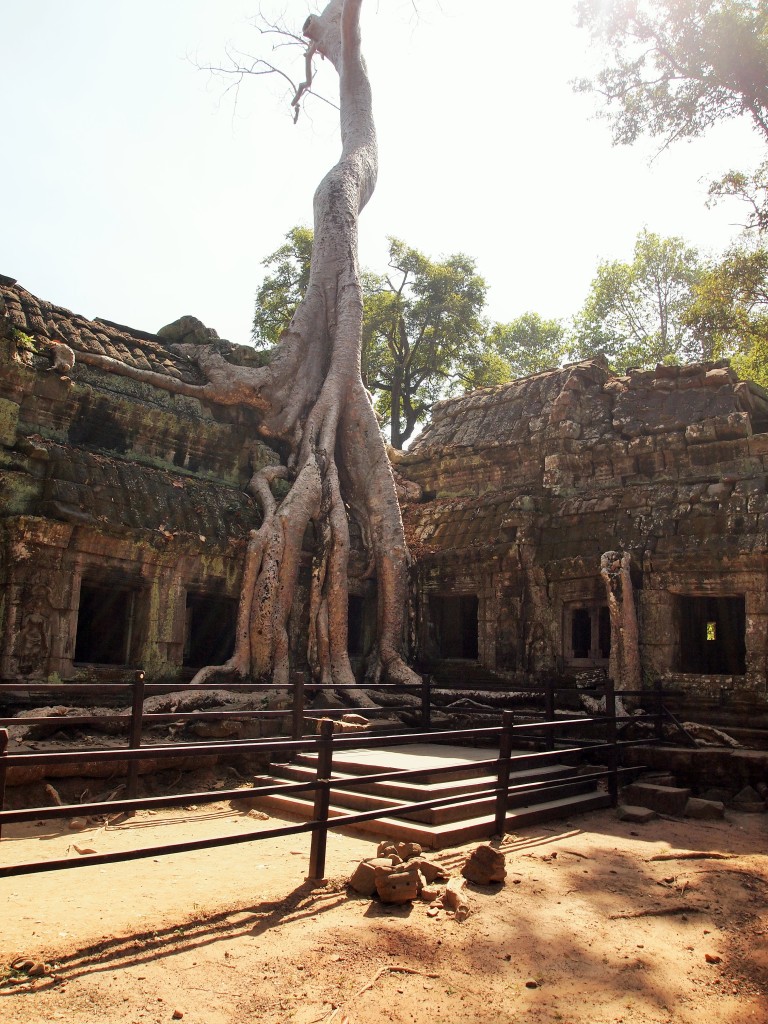 Some of the restoration work 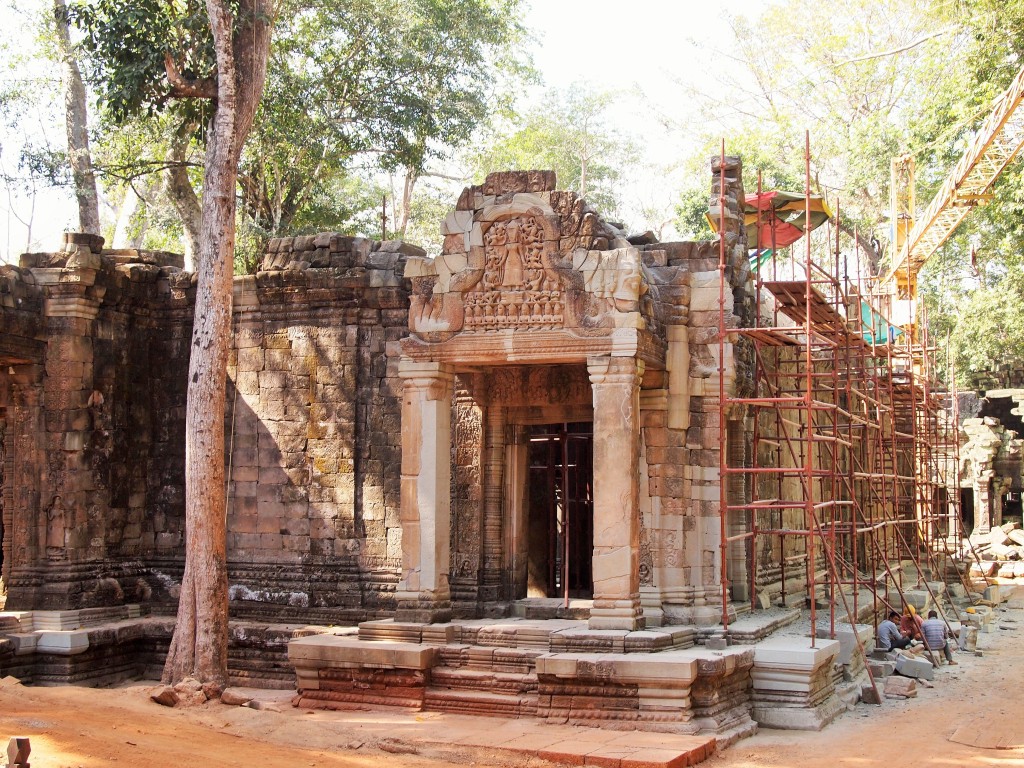