I’m a little late writing this because I was lazy during Seollal and school was quite busy this past week as we prepared for the new school year. But here it finally is – Kindergarten Graduation! 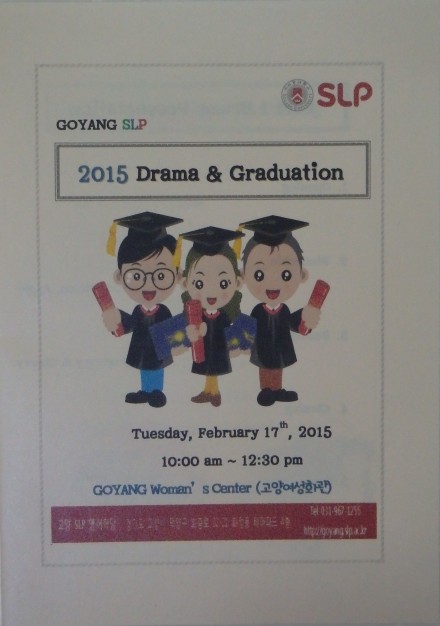 Kindergarten Graduation is a whole other animal in Korea. I expected a cute ceremony where we paraded them across the stage to accept their diplomas and then maybe they sang a song. This was an entire production, and it was exhausting! Included in the ceremony were two plays put on by the kindergarten classes: Beauty and the Beast performed by Cherry and Blueberry and Pinocchio by Plum, Apple, and Melon. After the plays, superlative awards were given out for the graduating students – Super Scientist, Most Responsible, Best Artist, etc. Then each graduating class was presented with their diplomas, returning students with certificates of completion. THEN, the 3 graduating classes each gave farewell speeches. And somehow we still ended the program with 2 songs! It was a whirlwind.

We had a rehearsal on Monday, and our ceremony was the Tuesday before Seollal break. At rehearsal my camera was ripped from my hands and most of the following photos are the product of various kindergartners. 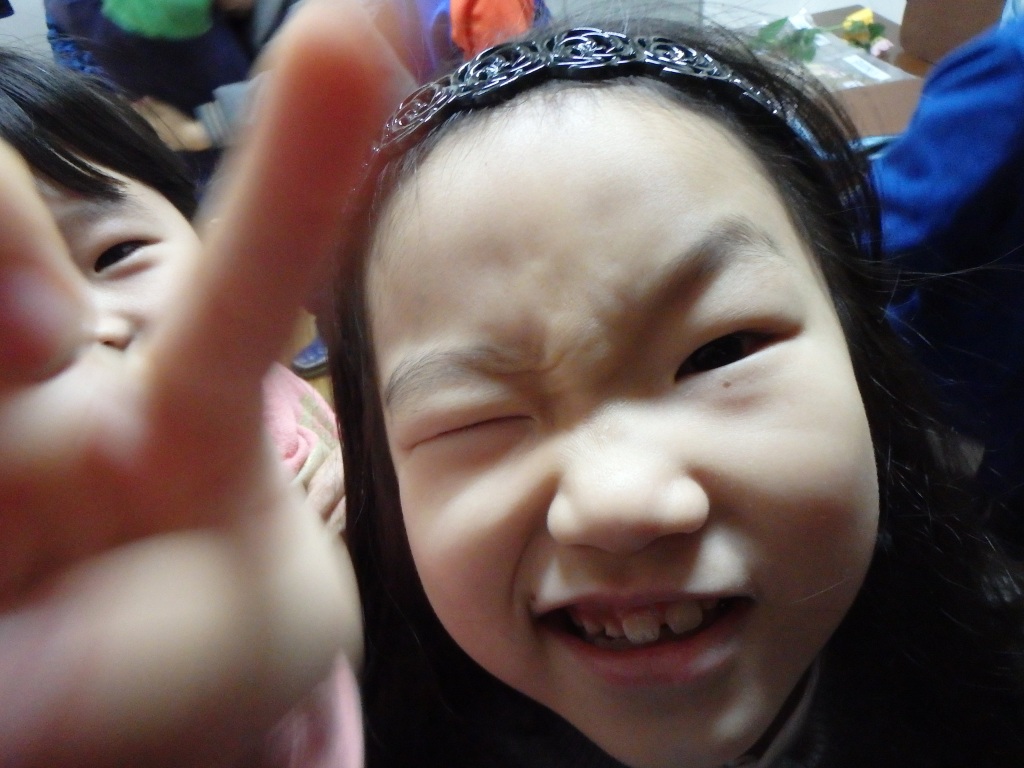 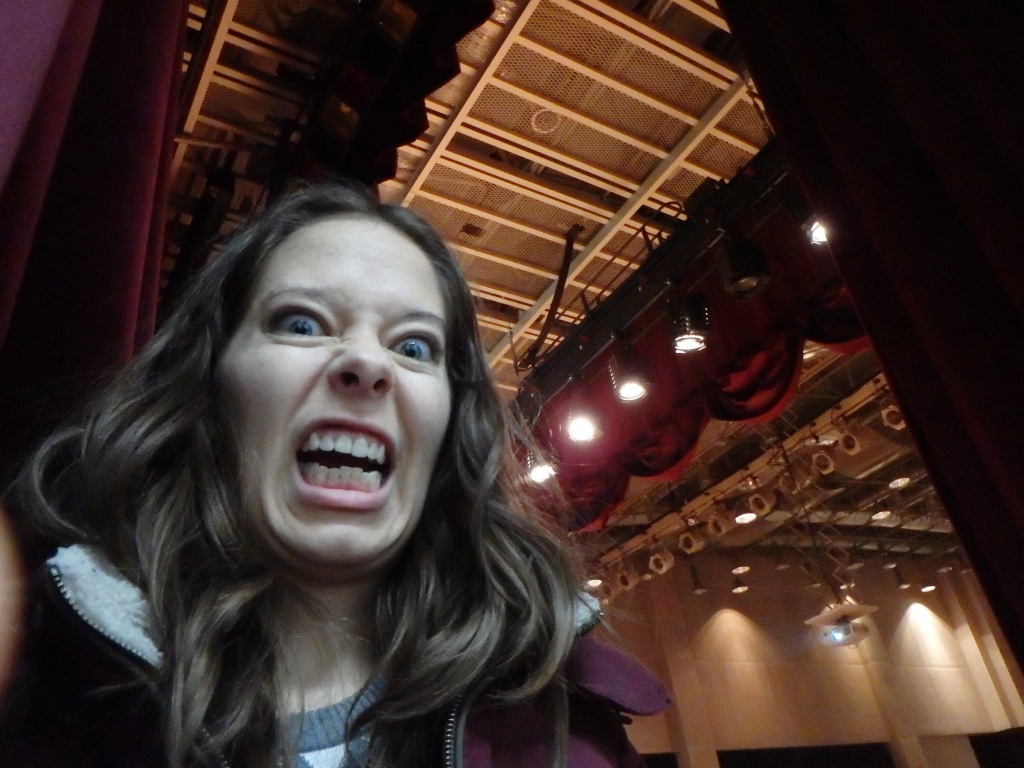 This is really what I look like all the time 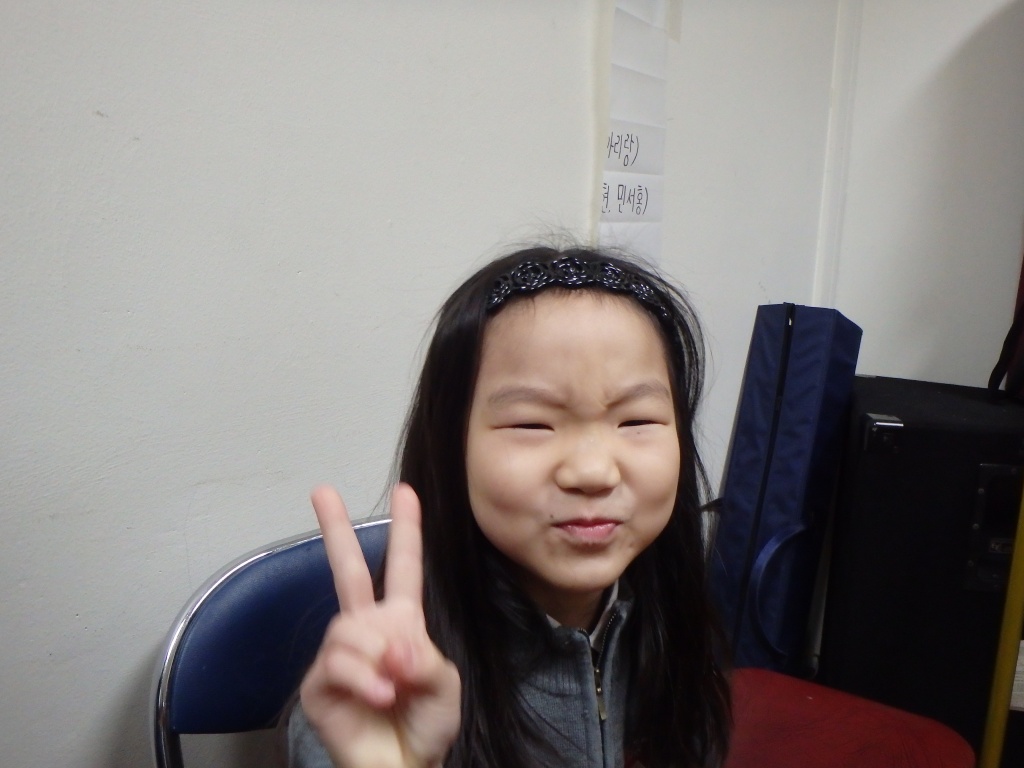 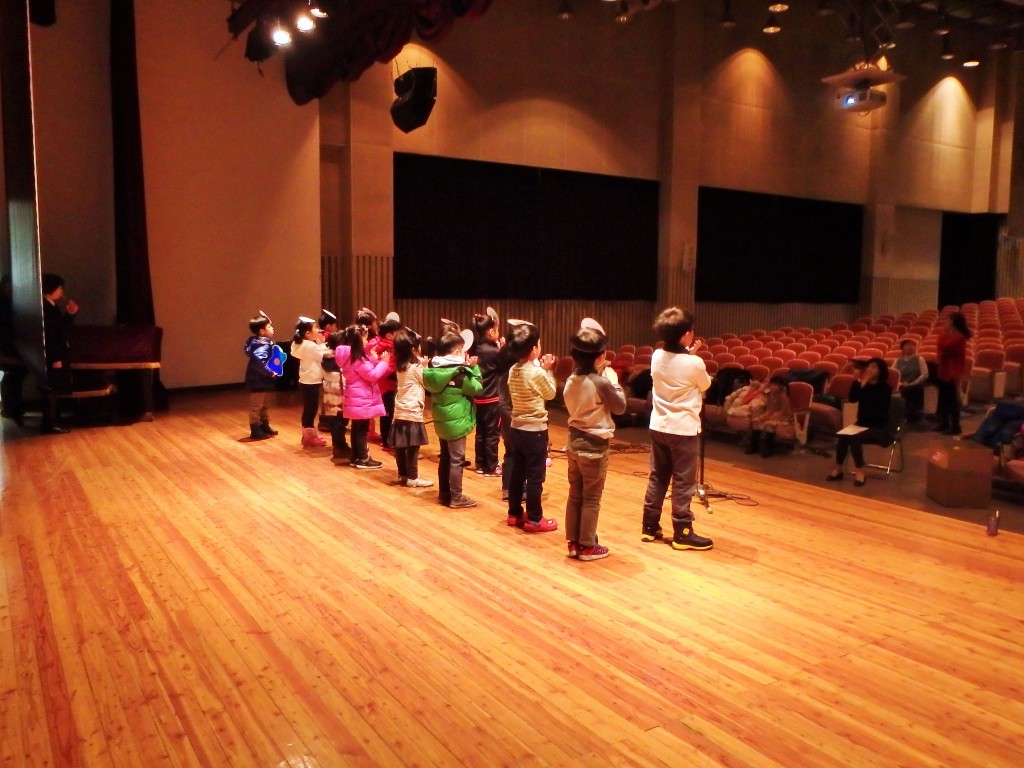 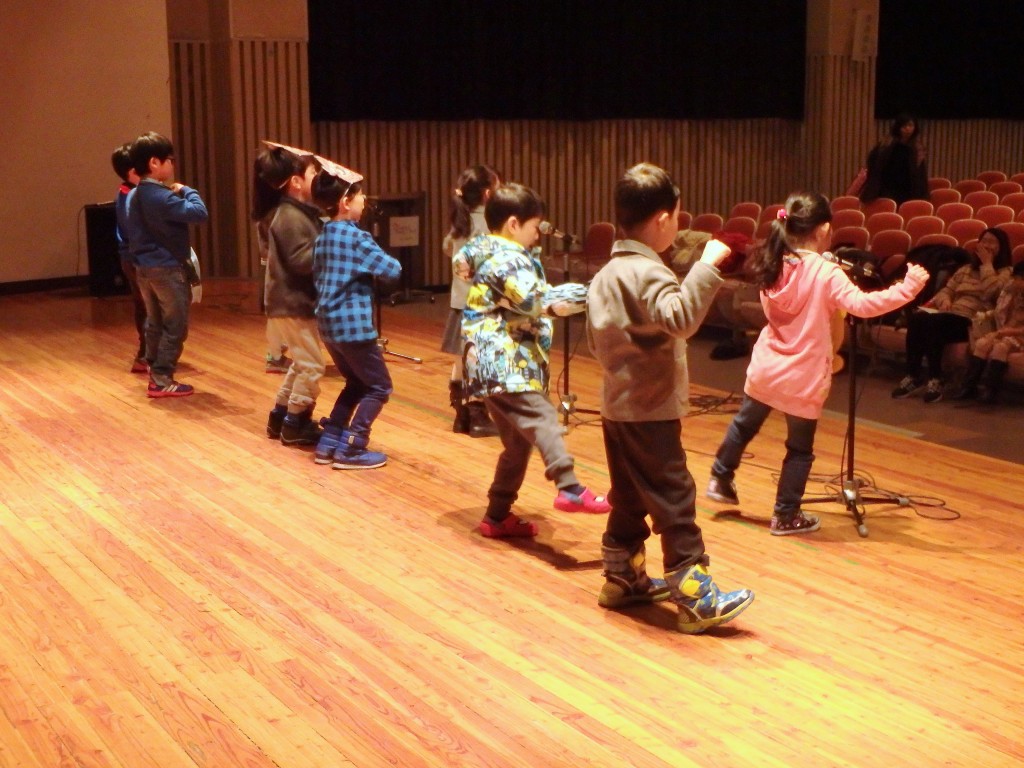 Beauty and the Beast rehearsal 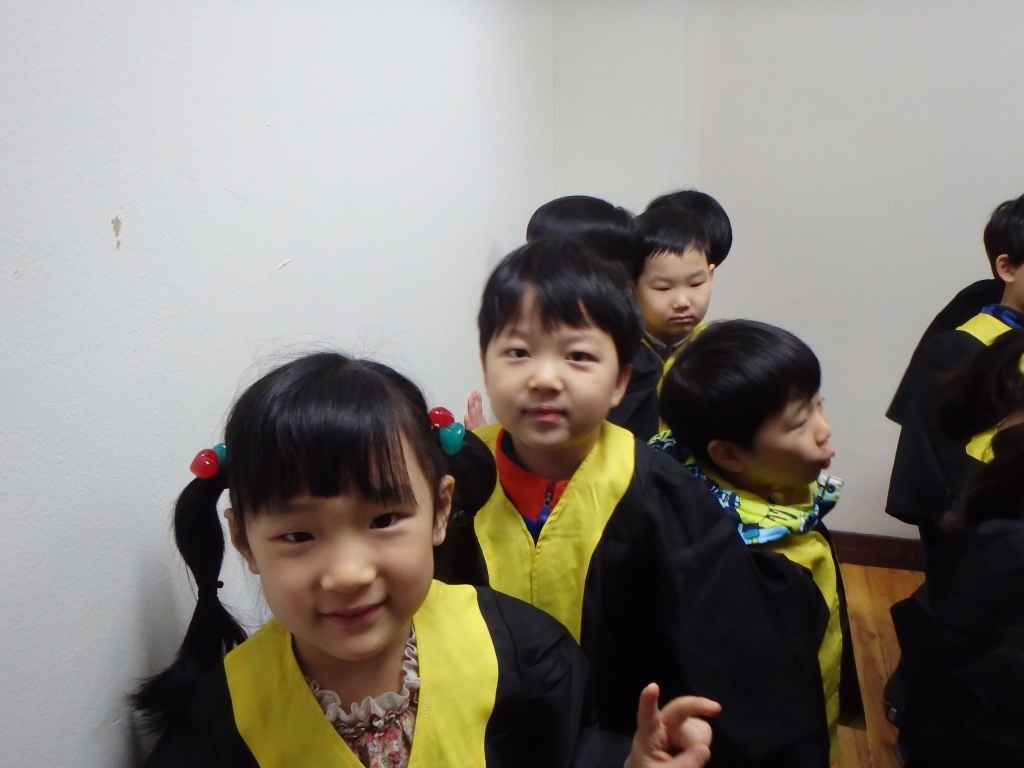 Ready for Part 2 in their graduation gowns

The natives are restless…

Going back to school!

Unfortunately the lighting at the women’s center was fairly poor. I didn’t have a chance to capture any of the action from the floor because I was busy backstage keeping the kids contained and quiet (sort of). So, here are the photos I was able to take of the ceremony (along with more student photography) and some that I got from others.

As you can see, the stage lighting wasn’t great

Me, as captured by a student 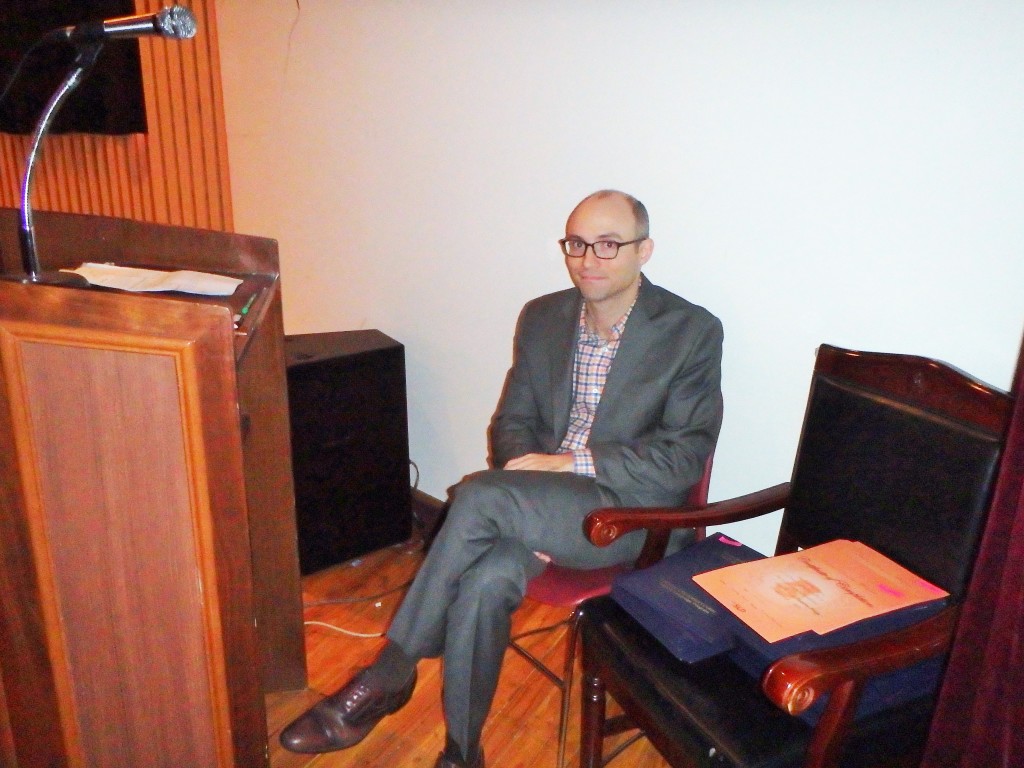 waiting for the show to start 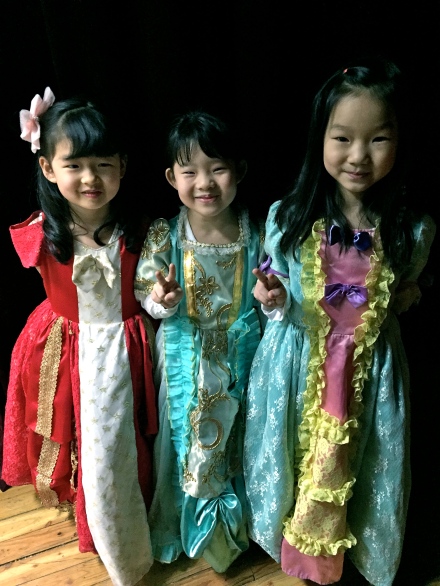 The Beauties – courtesy of Pam 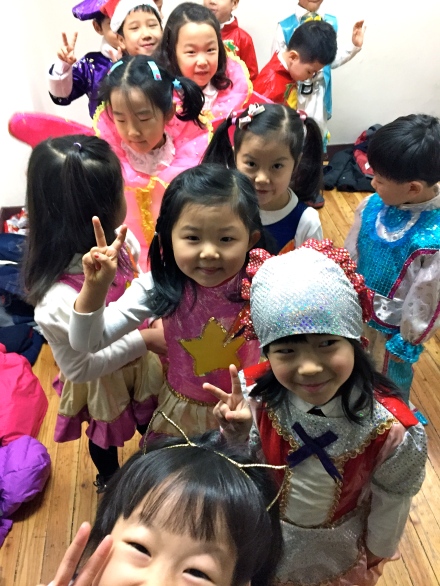 The Pinocchio cast was all sequined – courtesy of Pam 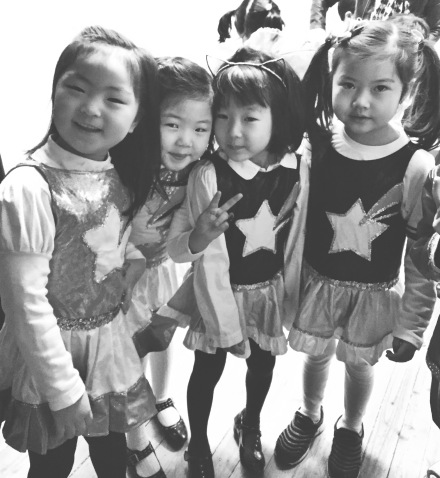 The graduation was incredibly hectic but a little bittersweet. I’ve enjoyed teaching those kiddos and it was sad to see them move on. In the new school year I won’t have a kindergarten class so it was sort of my goodbye to kindergarten, too. Due to the lighting I didn’t get ANY good photos of me and my class at the end. Thankfully I have plenty of photos from the school year. 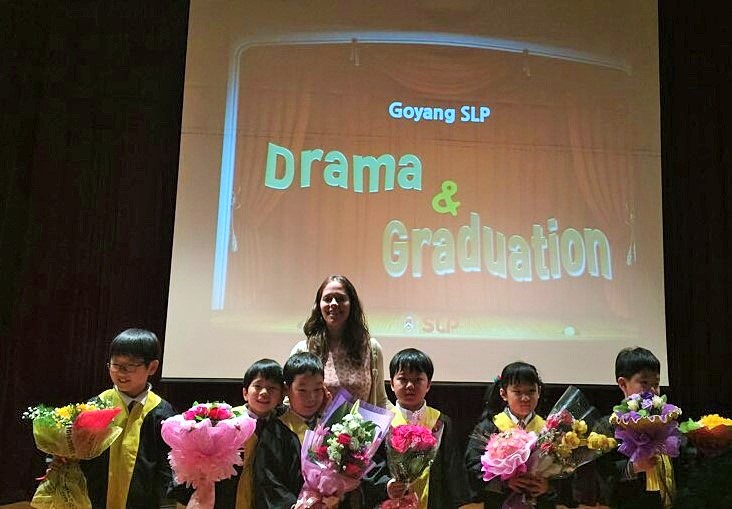