Last Tuesday was Children’s Day so we had the day off from school! We ended up in Jongno and decided to pay a visit to Tapgol Park. 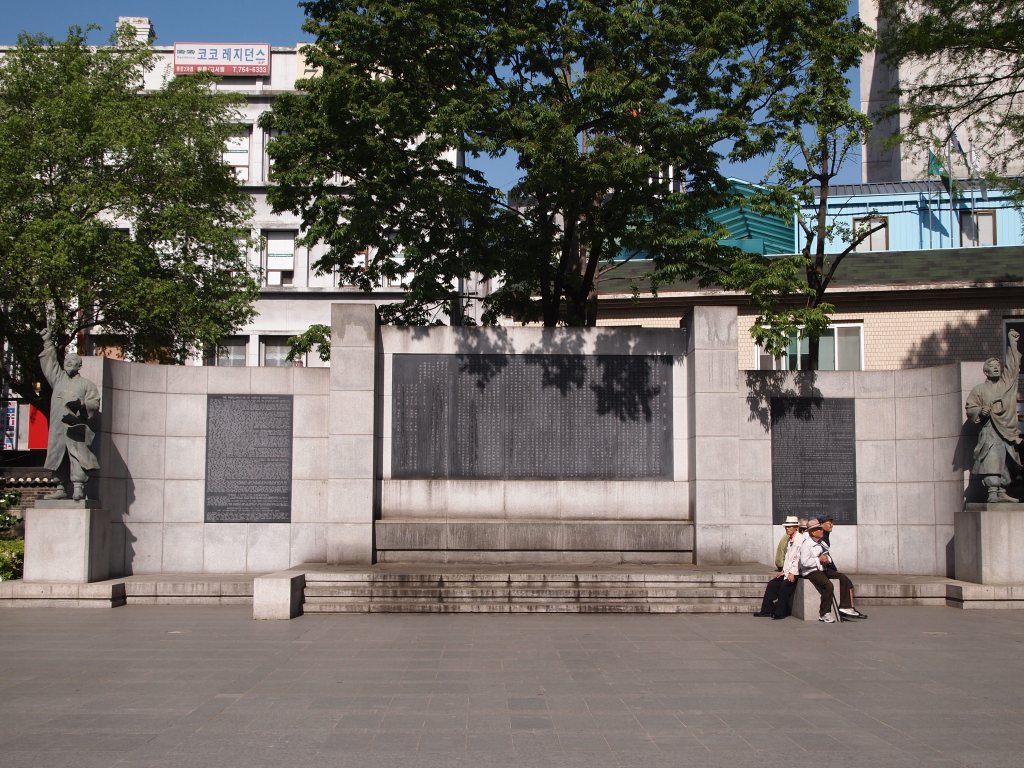 Also called Pagoda Park, Tapgol Park is an important site in Korean history. It is where the March 1st Movement began. Fueled by US President Woodrow Wilson’s Fourteen Points at the Paris Peace Conference in January 1919, Korean nationalists felt that it was the right time to shine a light on Japan’s aggressive occupation and hopefully gain the world’s support. On March 1, 1919, 33 Korean nationalists signed a Declaration of Independence at a nearby restaurant. Although they had hoped to avoid a large-scale protest, people had begun gathering at Tapgol Park. The Declaration was read aloud by a college student at the park and the demonstrations began. At other points across Korea, the Declaration was also being read and other demonstrations began. For the next year, nearly two million Koreans openly demonstrated against the Japanese occupation.

However, Japan did eventually gain control of the protests and many activists were jailed (at Seodaemun Prison) or killed. Although Korea didn’t gain its independence until after WWII (with Japan’s defeat), the March 1st Movement did cause Japan to replace its military police with a civilian force and allowed a degree of press freedom (until Japan’s invasion of China and its entrance into WWII). The Movement also turned Korean eyes toward the West and its democratic governments and away from its tradition of royalty. But most of all the Movement united Koreans all over the country and kept the hope of eventual independence alive. 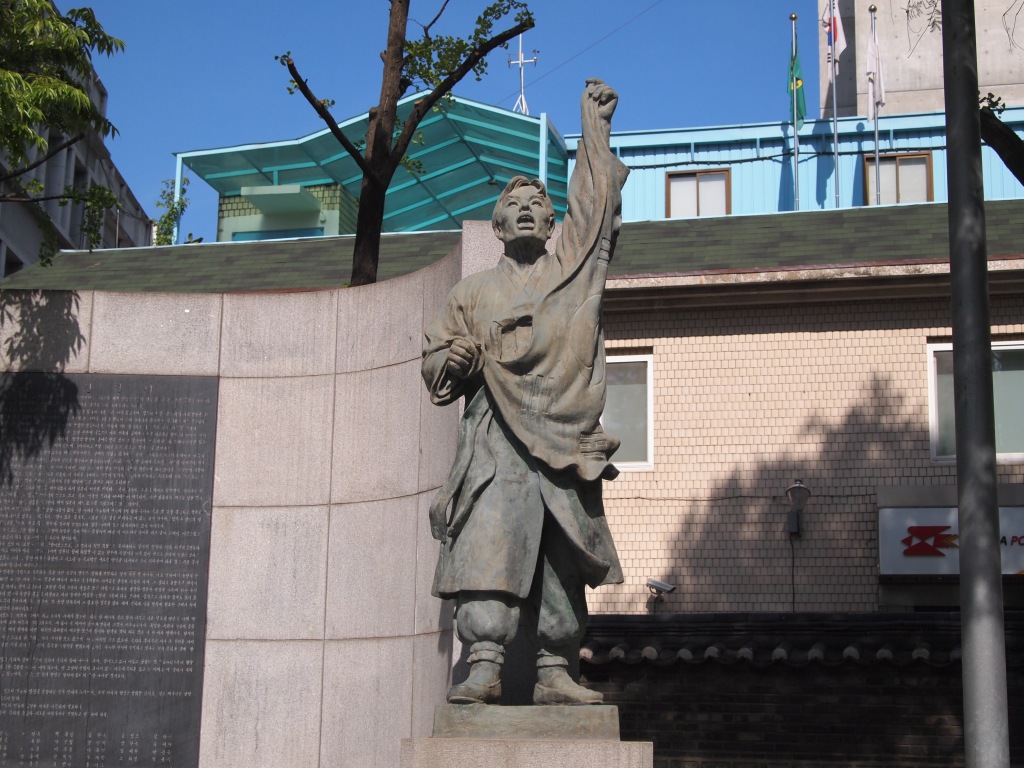 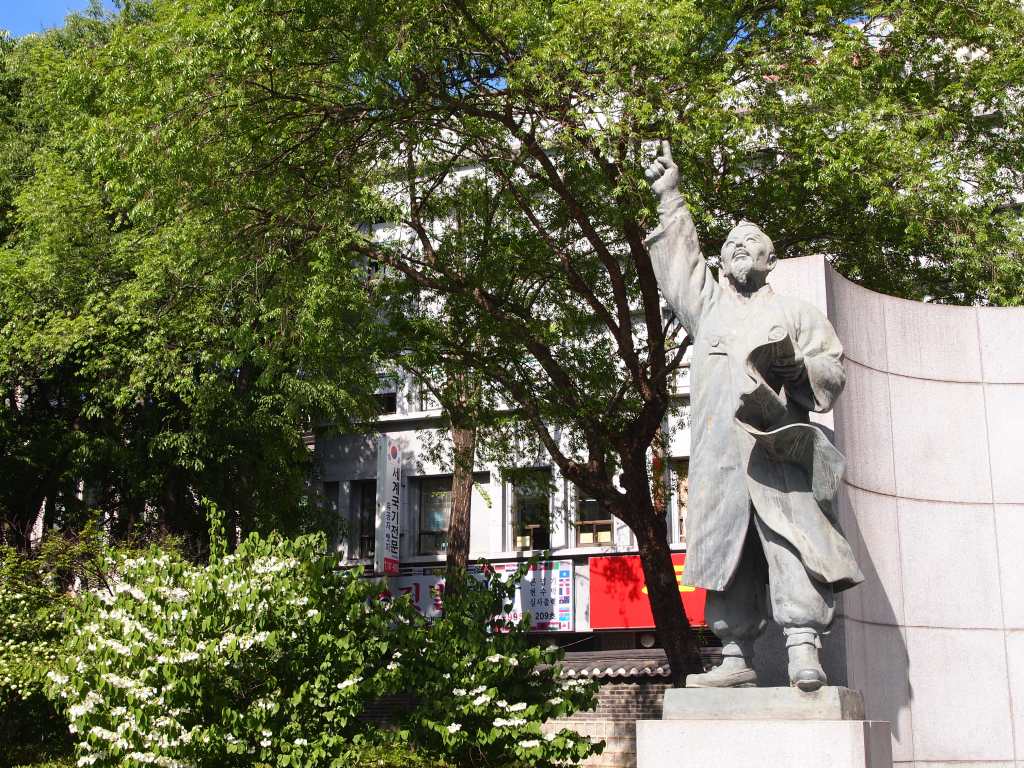 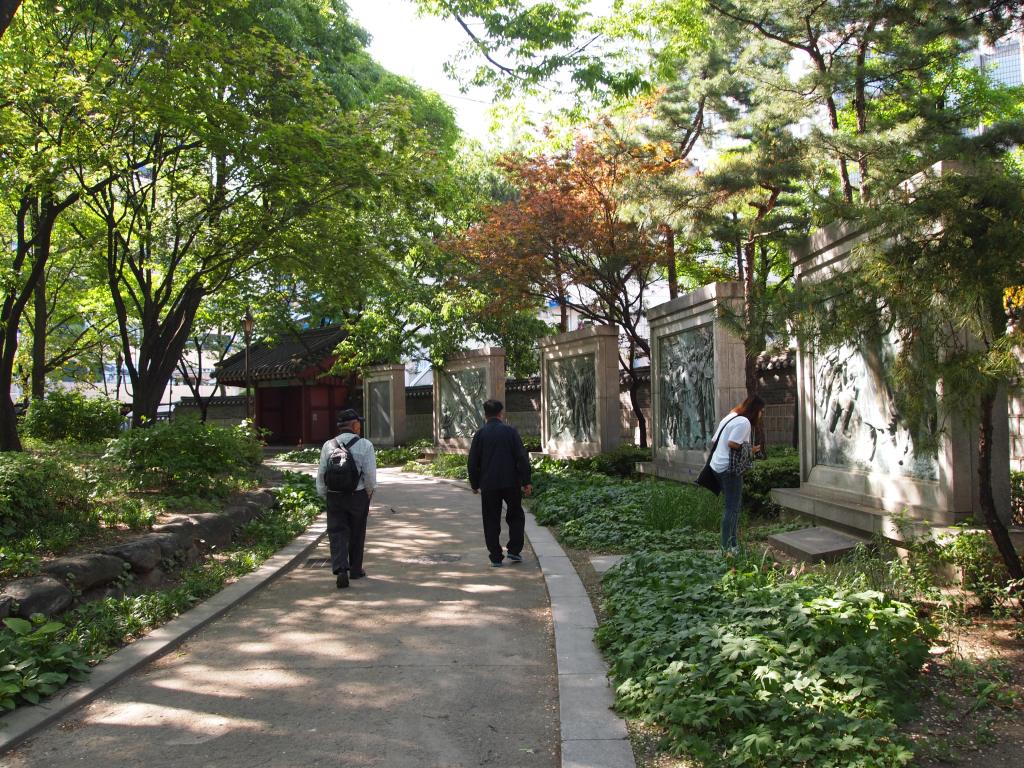 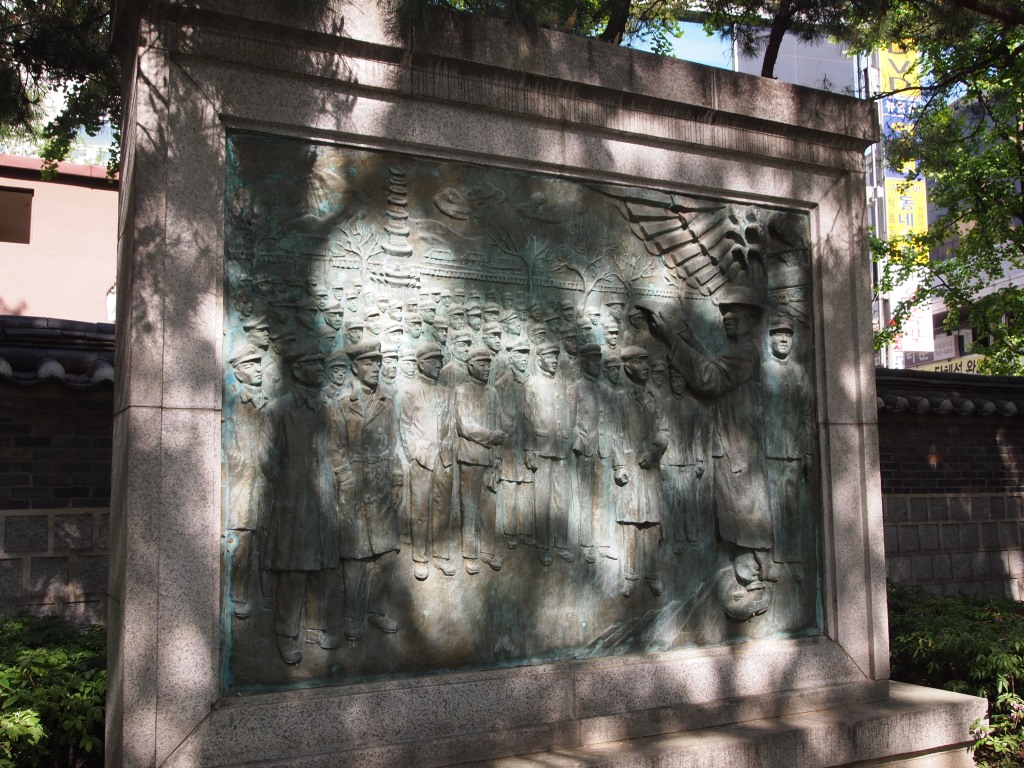 Tapgol Park was also the former site of Wongaksa (temple) which was built in 1467. The Wongaksa Pagoda is all that is left of the temple today. It is remarkably tall at 12m (40ft) high and is the only stone pagoda remaining in Korea from the Joseon Dynasty. It is now housed in a glass structure to protect it from further deterioration. It was really beautiful in person and of course, difficult to capture on film. 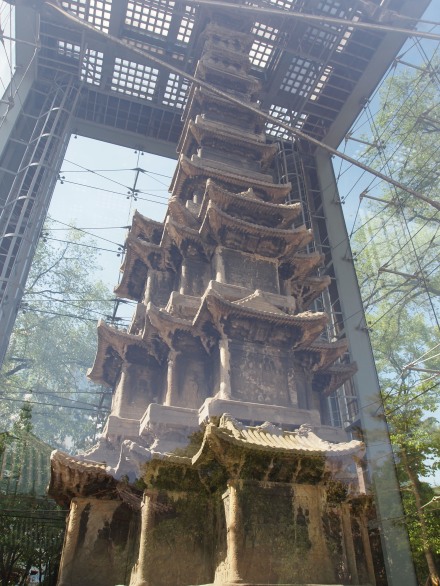 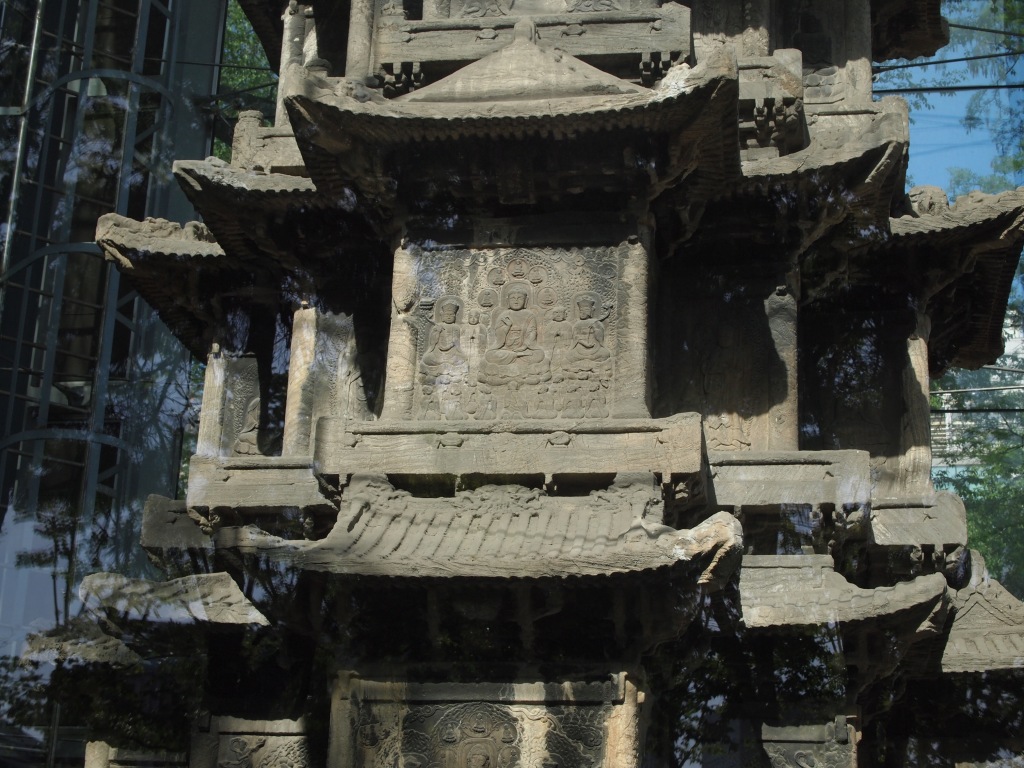 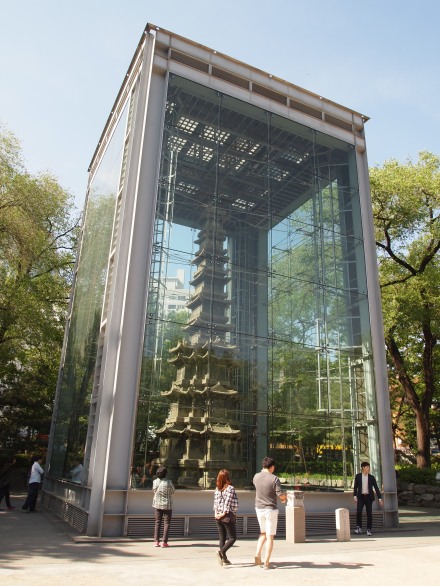 Now the park is mostly a quiet hang out for old Korean men. They are scattered all around the park sitting in the shade in their fedoras. Once the site of demonstrations and the struggle for Korean Independence, Tapgol is now a serene green space to relax and unwind in the middle of Seoul’s highrises. 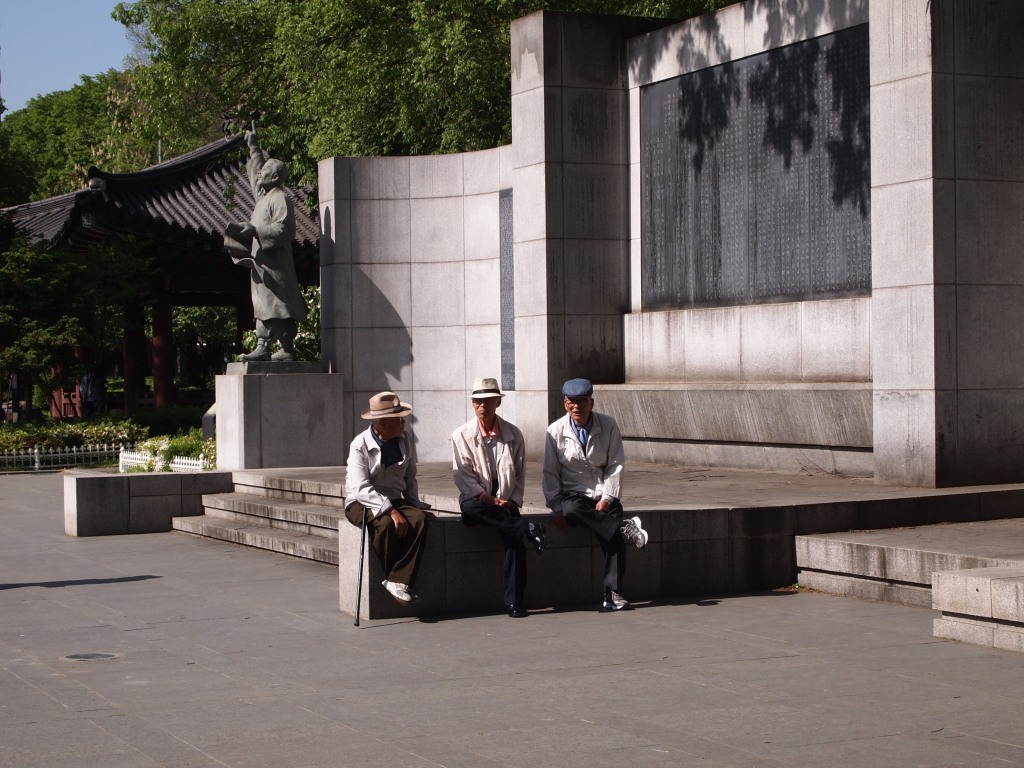 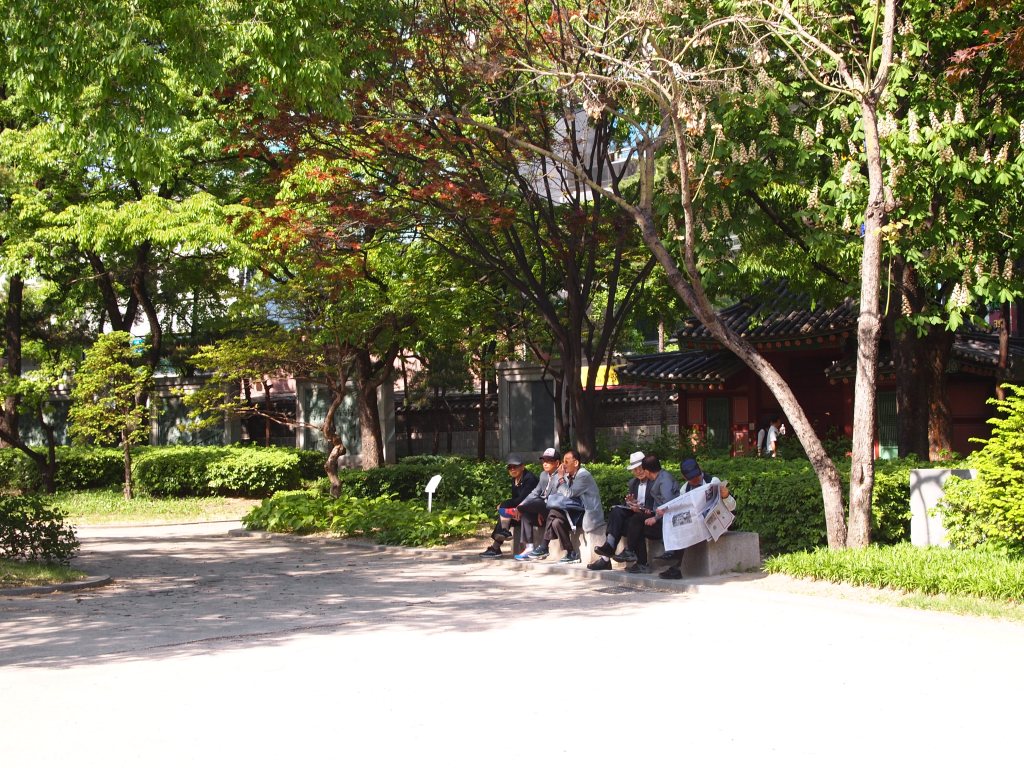 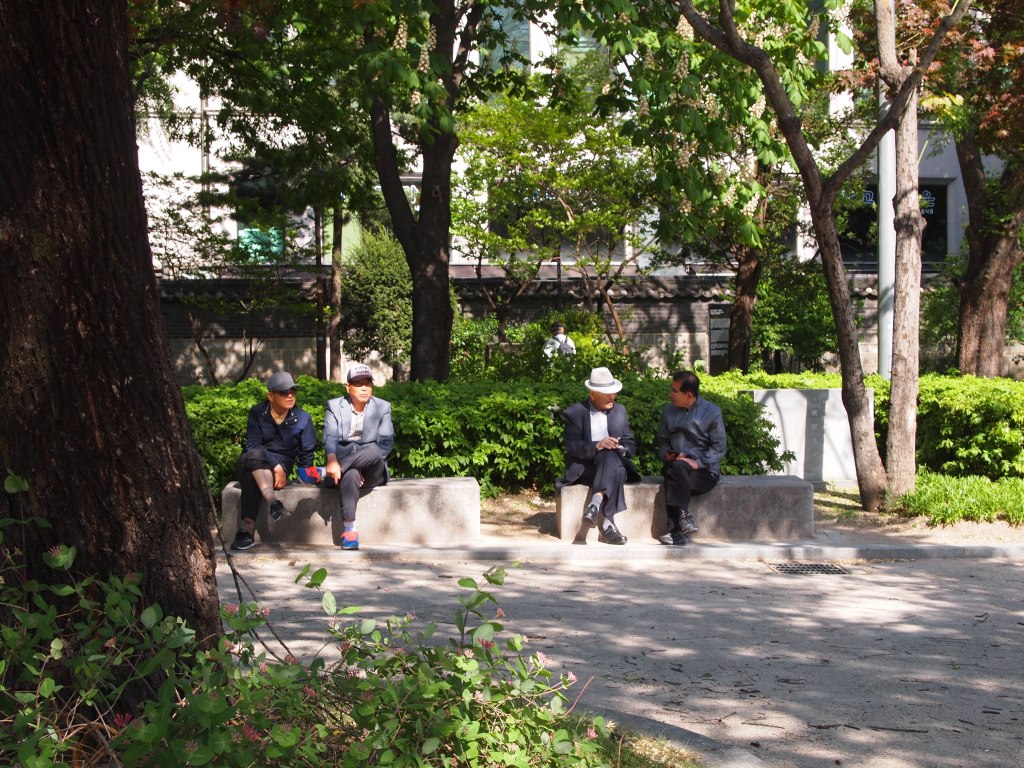 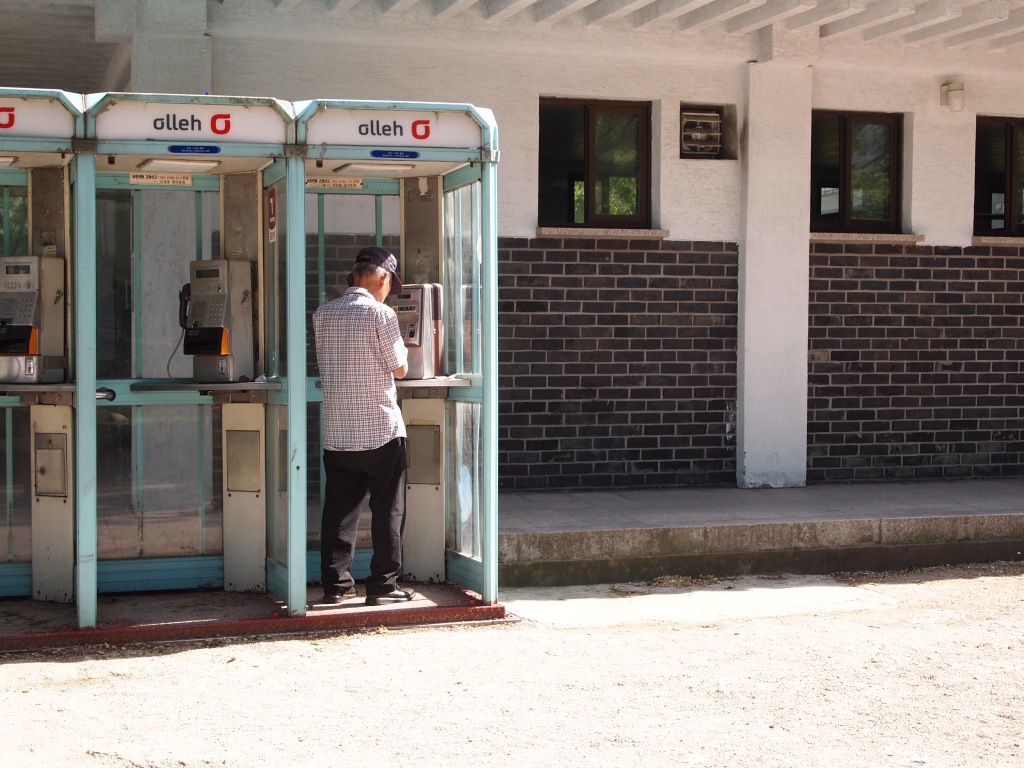 Not everyone in Korea has a cell phone I guess