This past weekend, while the heavens poured rain over the Salt Lake Valley, it snowed in the Wasatch Mountains. This is all very new for us: snow in September?! So, of course, it’s all very exciting and not yet a burden. I practically giggle at the sight of snow – though I’m sure, over time, this sensation will fade. Anyhow, since the front moved out of the area by Saturday morning, we were able to hike in Big Cottonwood Canyon in wonderfully sunny weather on Sunday. We chose to hike to Lake Mary. We were in the mood to get outside, but were getting an afternoon start due to a teaching commitment Zach had, so a short trek was in order. 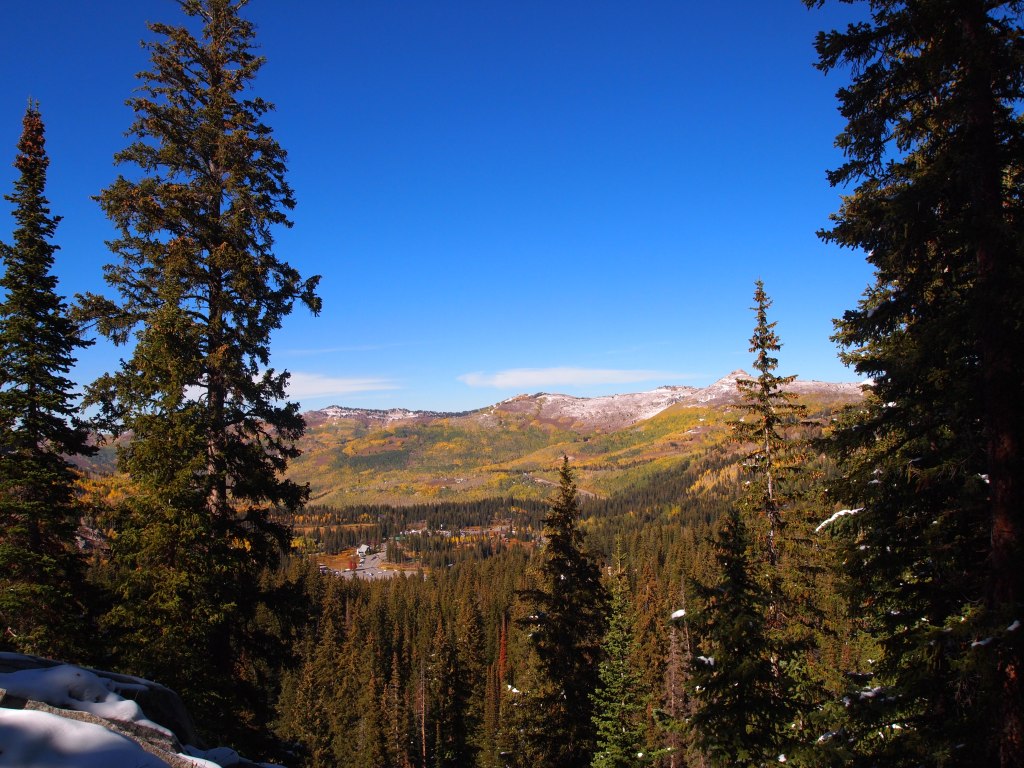 The changing aspens made for a lovely drive up the canyon

The trail for Lake Mary begins at the Brighton ski resort. The first part of the trail is a steep trek up Lower Mary ski run. It was a little surreal for us since we had skied that exact run last November. The trail was muddy and became increasingly slushy the higher we went. Some parts of the trail were still covered in snow, but for the most part, it was a soupy and slippery mix of mud and slush. 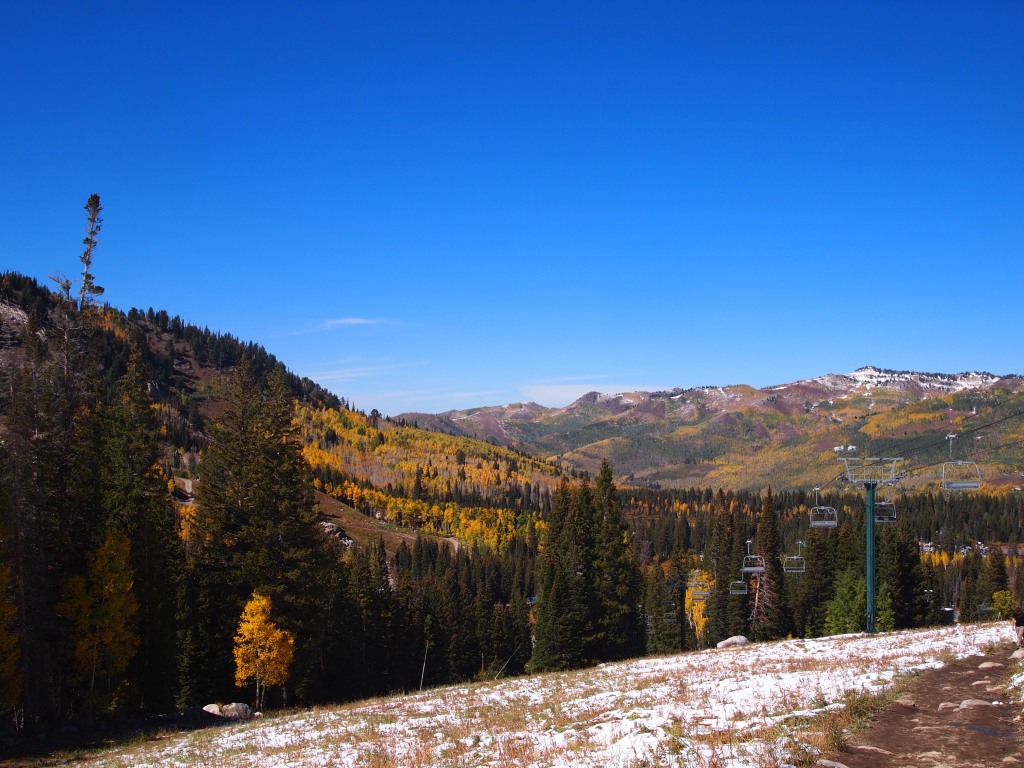 The snow increased as we climbed higher 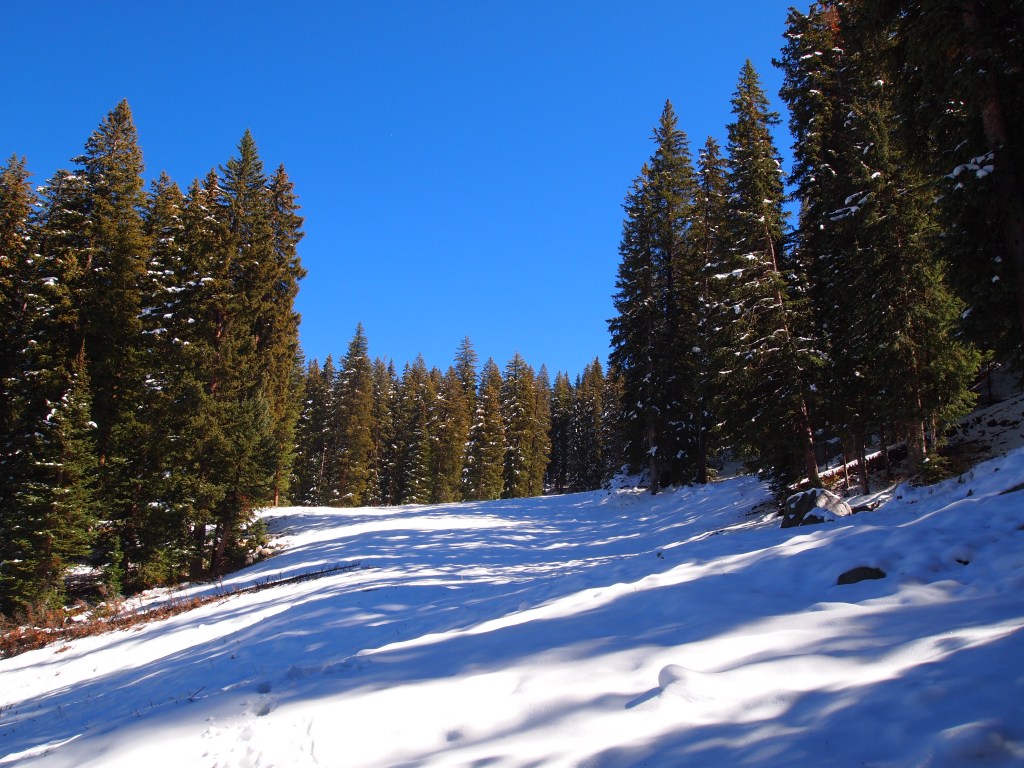 Once we broke away from the ski run, we branched off from the Lake Mary trail to peek at Dog Lake. It was a brief, tenth of a mile detour, and led to a very small pool of water. It did give us a chance to walk around in the snow though – still a thrill for me. Due to the warm temperature, the snow on the evergreens often fell from the branches in miniature snow storms around us. 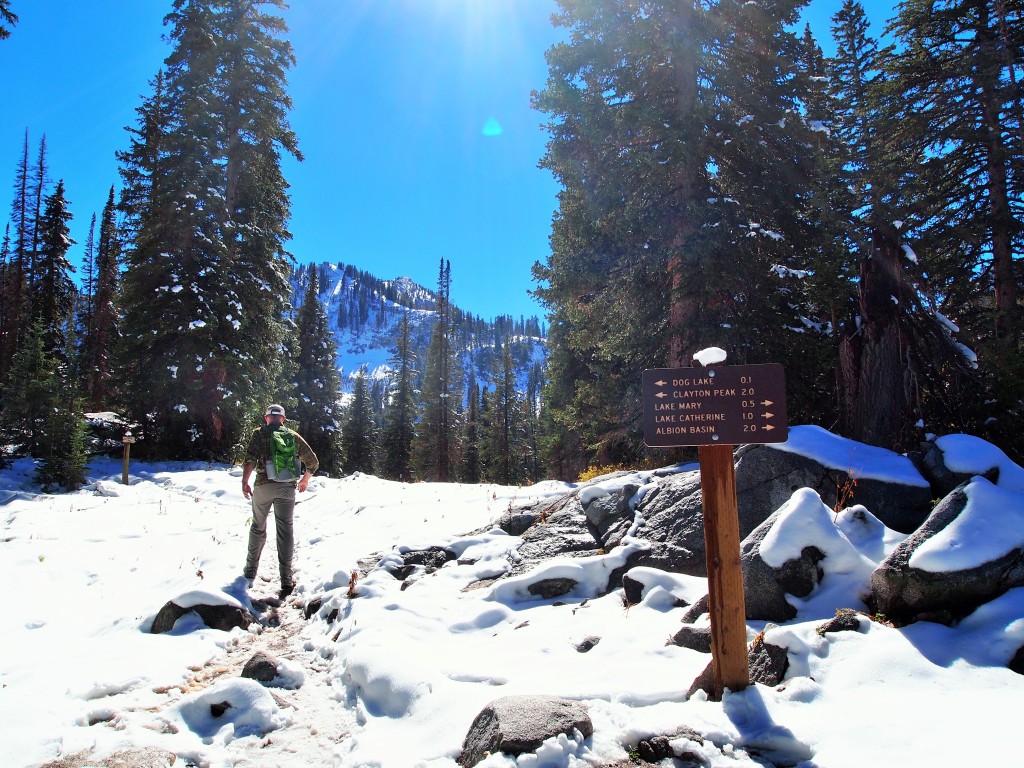 Taking a side trail to Dog Lake 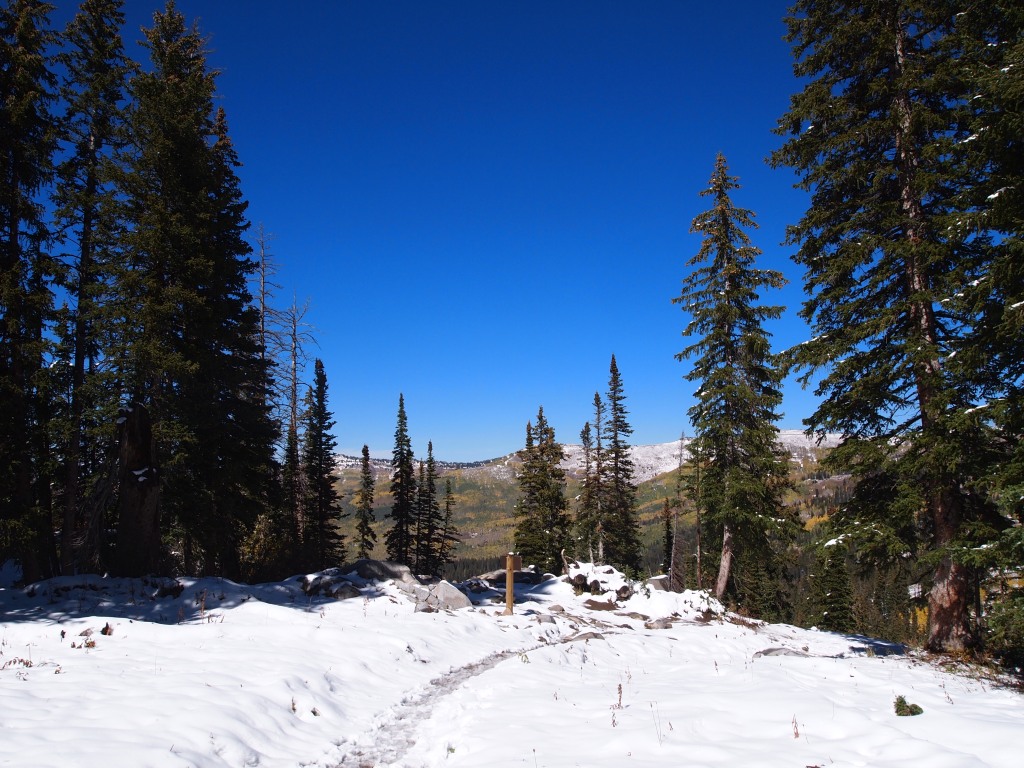 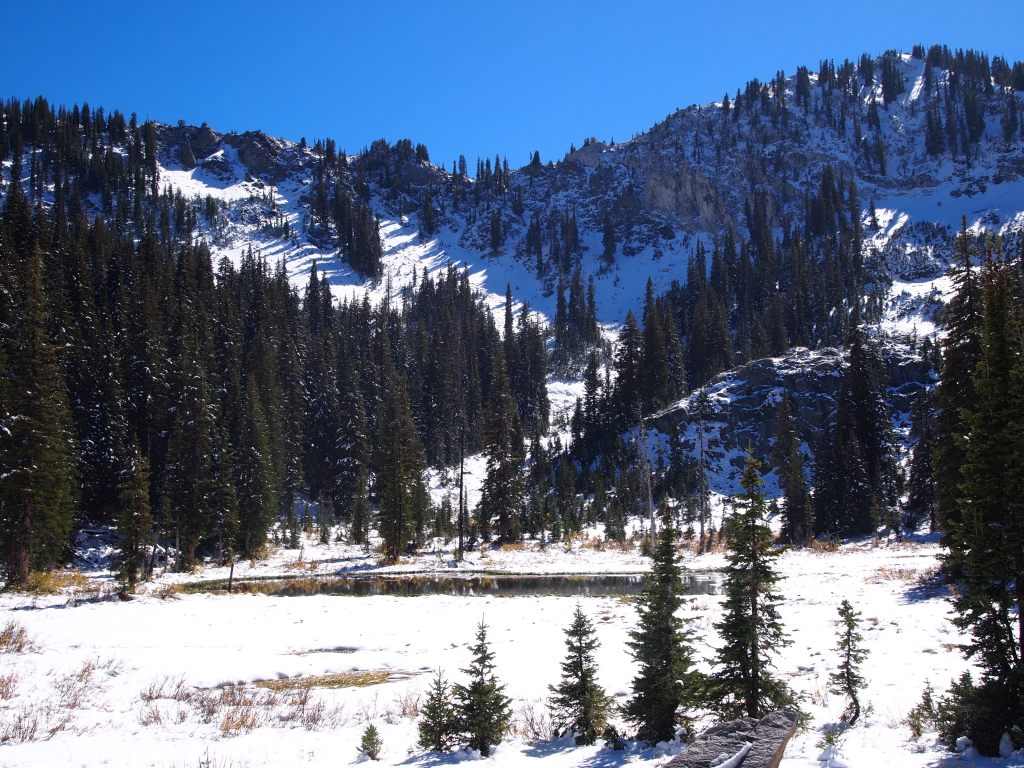 Yes, he did throw that at me

We continued along to Lake Mary nimbly climbing up some wet and rocky parts of the trail. The lake is used as a reservoir and its levels vary depending on the supply and demand. It was fairly low during our visit but quite picturesque. We hiked around to the side of the lake, at parts the trail was a dangerous mix of slush and ice, but it gave us a better vantage point, and sort of a place to rest. 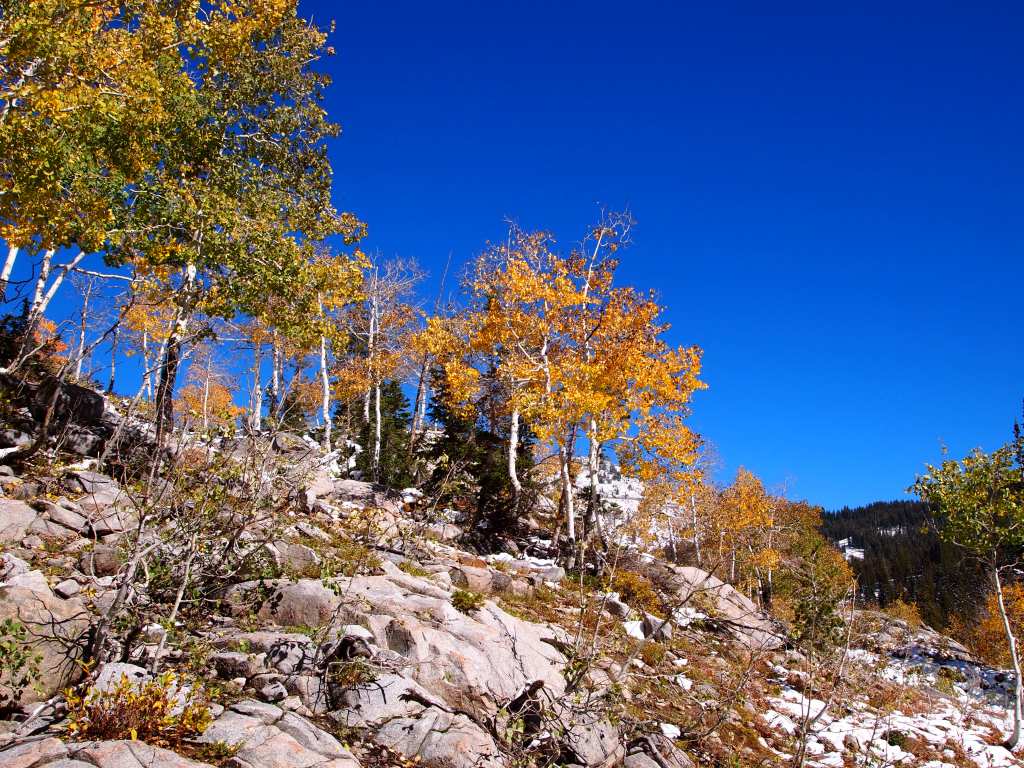 Changing aspens dotted the trail here and there 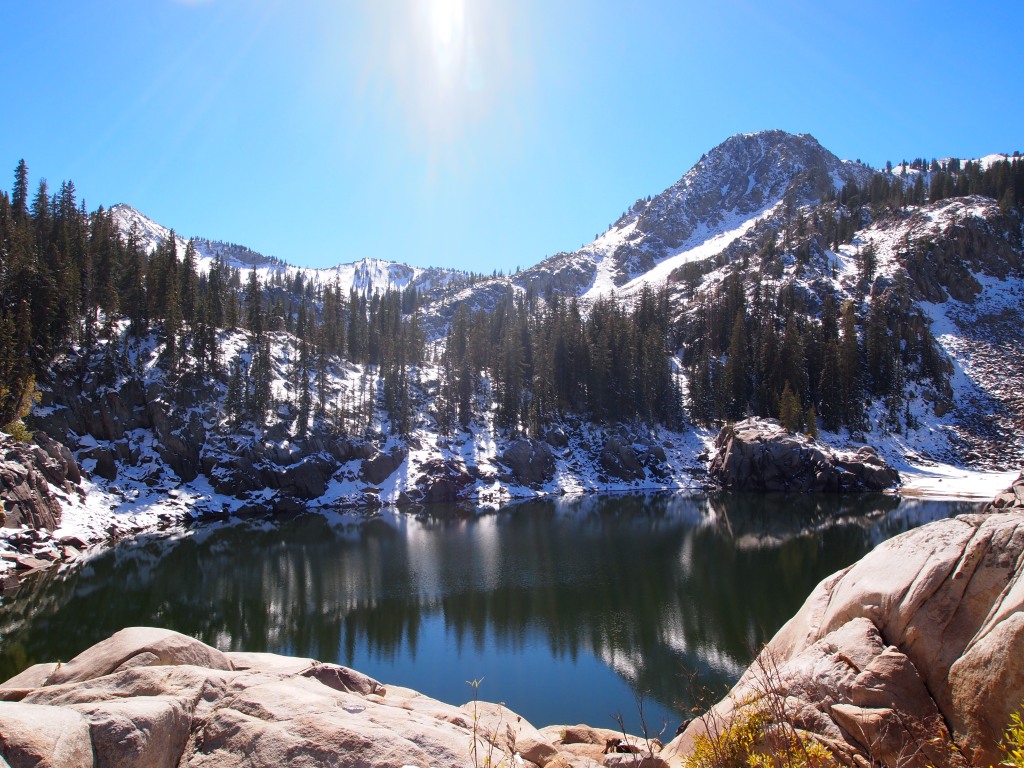 Skirting around the edge of the cliff-side 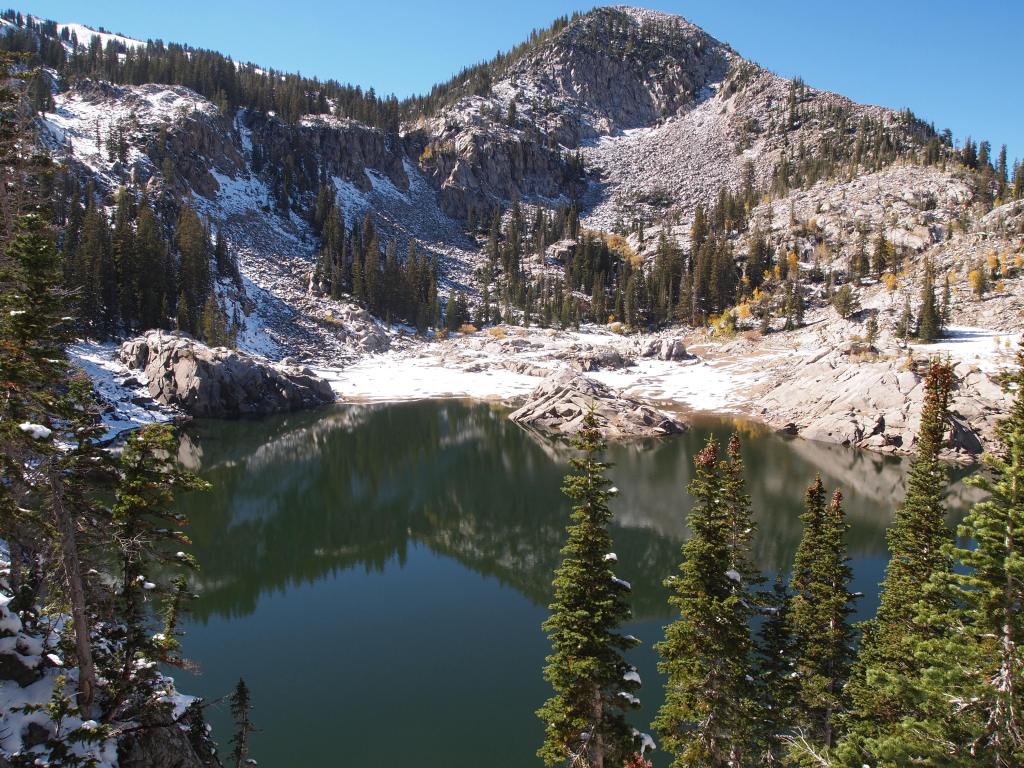 A higher view of the lake 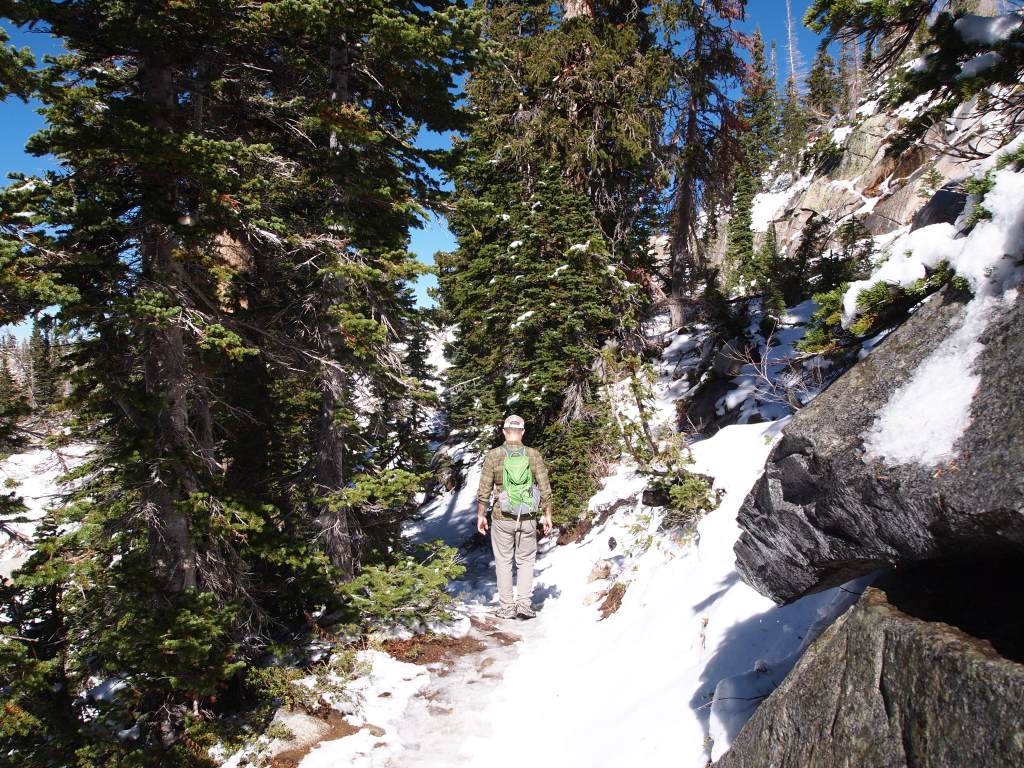 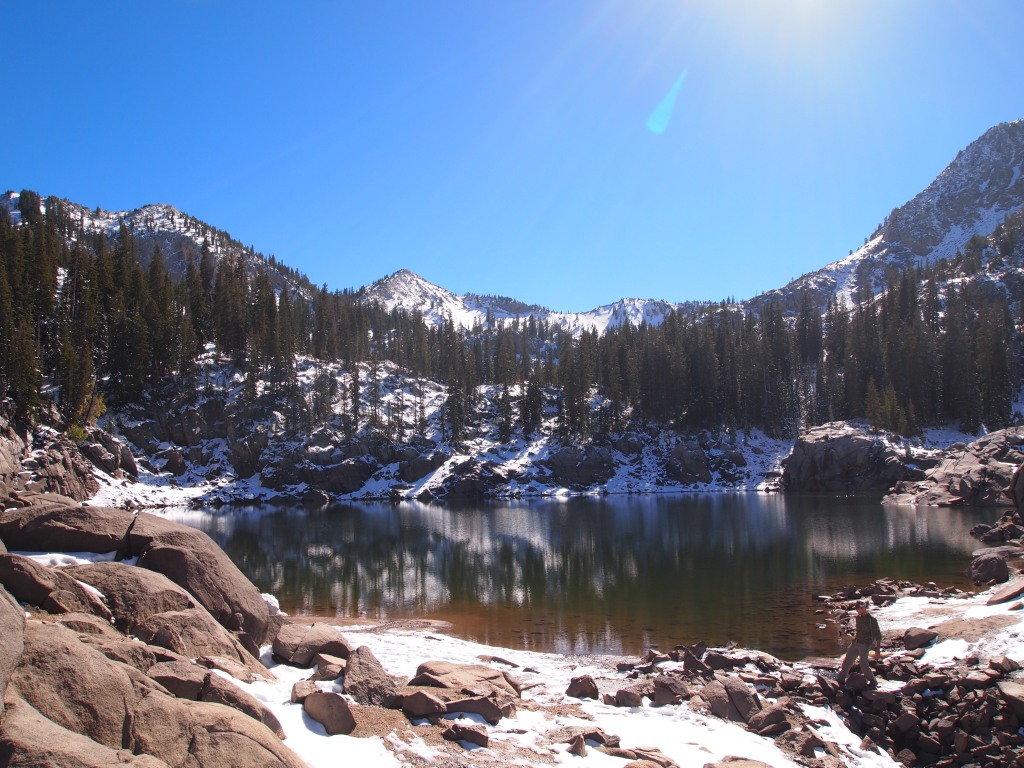 At the lake’s edge

We scrambled down the rocks and trampled near the shoreline before hiking back out. It was a great, short day hike for us but could be combined with other area lakes – like any of the lakes on this hike, or Lake Martha and Lake Catherine – to make for a longer day hike. At only 1 mile, Lake Mary is a great hike for anyone. 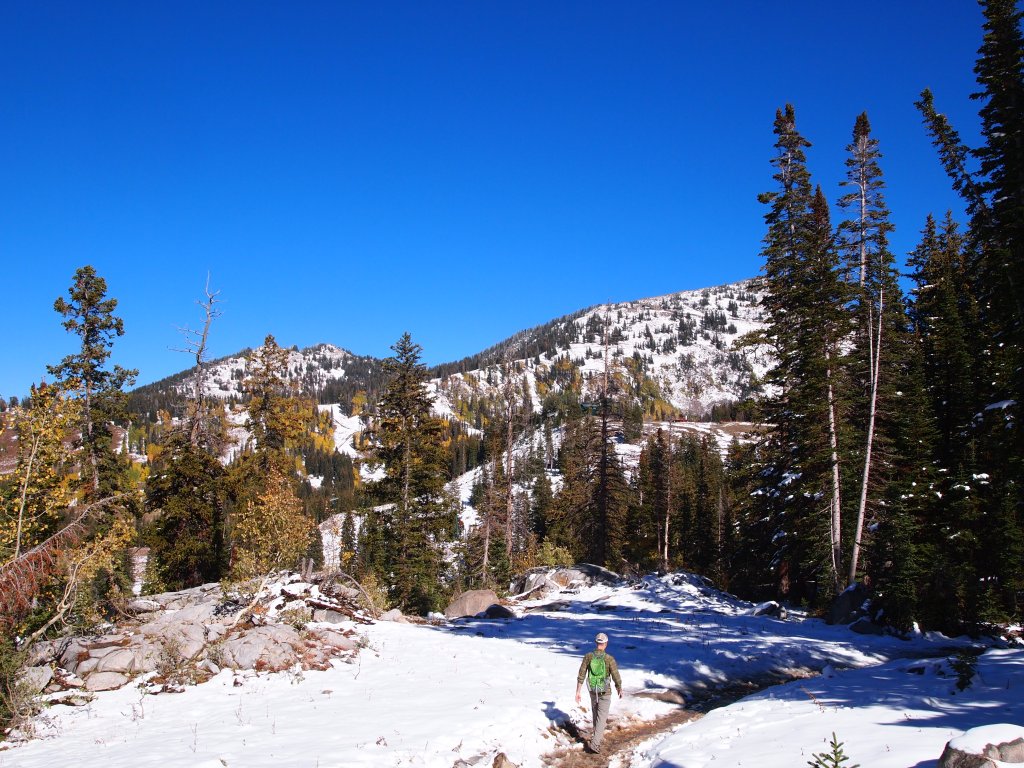 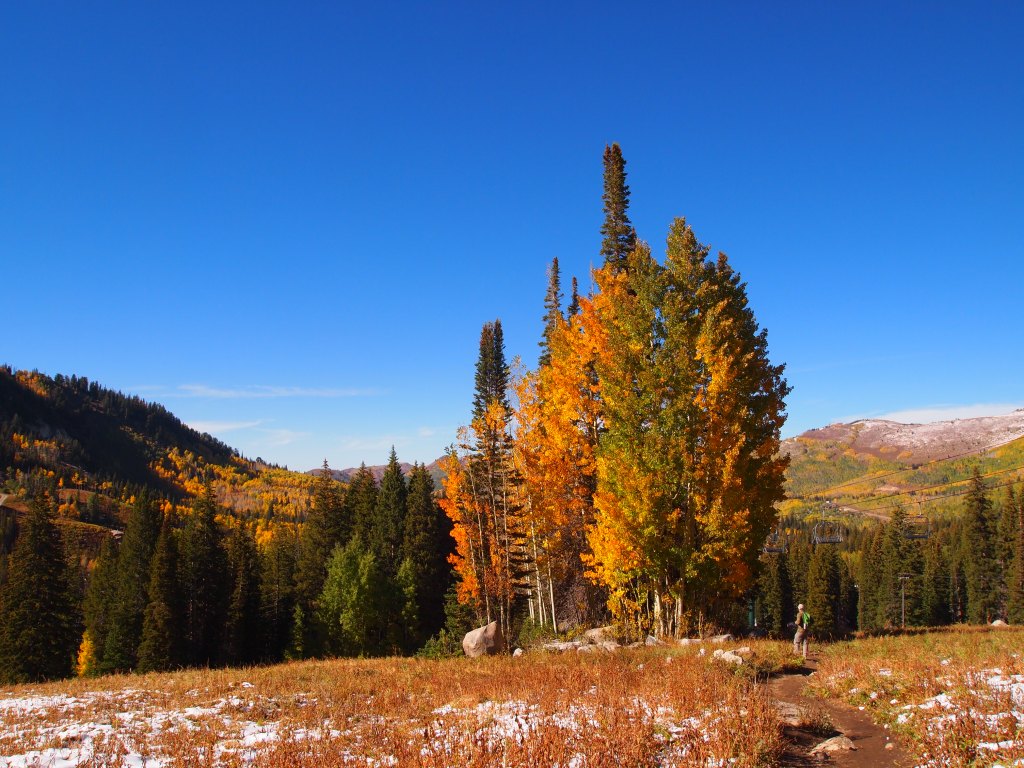