I wanted to sneak in at least one more camping trip before colder weather took hold in Utah. We had already missed the window for anything in the mountains but we could still go south (I’m not excited about camping once the lows hit the 30s). I’ve been saving a trip to the San Rafael Swell for cooler temperatures, and late October was the perfect time. 60s during the day, 40s at night – you can’t beat the desert in the fall.

The San Rafael Swell is a magnificent geologic area in central Utah created by a structural uplift 40-60 million years ago. Lesser known to those outside of Utah, it’s protected and managed by the BLM. The Swell has an impressive seven Wilderness Study Areas (WSAs). This designation helps the BLM preserve large areas of federal land and maintain its natural state as best as possible. The Swell is dissected by I-70 into northern and southern sections, so even people driving through should notice the impressive San Rafael Reef, a defining feature of The Swell. The San Rafael Reef, a ridge that juts out of the earth creating an array of canyons, pour-offs, slots, potholes, and other incredible geologic formations, is on The Swell’s eastern edge.

Driving along The Reef down Hwy. 24

I originally wanted to camp at Goblin Valley State Park, but it was already full by the time I got around to looking at their reservation calendar. Instead, I decided we could camp on BLM land near the park. There are two developed camping areas within the Swell, Temple Mountain Recreation Area on the south side and San Rafael Recreation Area on the north side. I wanted to focus on the south side for our first foray to The Swell, so I figured we could grab a spot at Temple Mountain RA.

Since Zach had a concert on Friday night, we drove down early on Saturday morning. The developed recreation area at Temple Mountain wasn’t as sparse as I thought it would be, but it certainly wasn’t a typical campground. It was more akin to dispersed camping except there were two pit toilets and some scattered picnic tables. Oddly, the picnic tables were clumped in groups of three. A couple of friends were going to meet us, so we chose an area on the far eastern side with the only shaded picnic tables. Our chosen site sat on higher ground overlooking the South Temple Wash below and Temple Mountain to the northeast. By late afternoon, a couple of other campers had left leaving the entire area with only five clusters of campers. It ended up being a wonderful place to camp, just off the beaten path enough, but not too far from the hikes we wanted to do.

A slice through The Reef to Temple Mountain 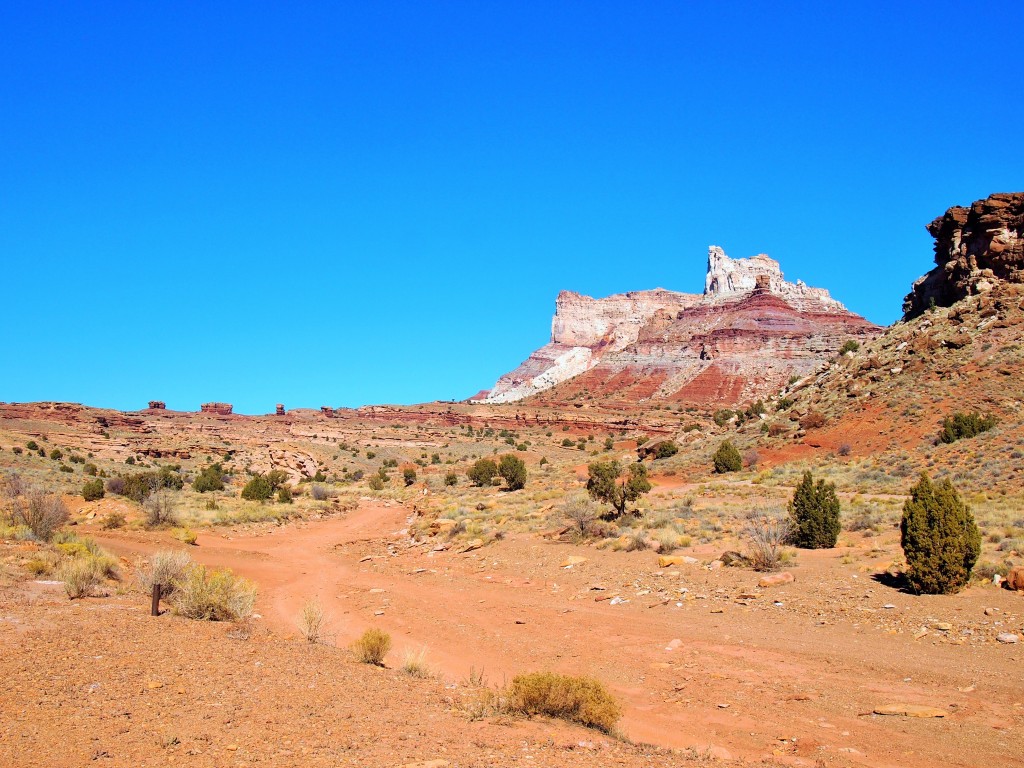 Truman and our friend’s dog, Belle

Temple Mountain Recreation Area was once part of the robust mining industry in Utah. In the late 1800s, both Uranium and Vanadium were mined in and around Temple Mountain. Local mining histories even recall Marie Curie’s involvement with the ore mined at Temple Mountain. Ore mined here was sent to her labs in France for her experiments. Based on local folklore, Curie even visited Temple Mountain and stayed in a nearby cabin. Although there is no written evidence to corroborate whether or not she actually visited, I prefer to believe it. (She did visit the US twice – it’s possible!) The Cold War brought a new resurgence in uranium mining in the area. However, as mining declined and recreation increased in the area, abandoned mines became a hazard to unsuspecting visitors. In 2002, the state worked to seal 141 uranium mines in the area. There is still evidence of some mines – we could spot a few in the ridges around us – and the ruins of a couple mining cabins are nearby, including the one where Curie is said to have stayed. 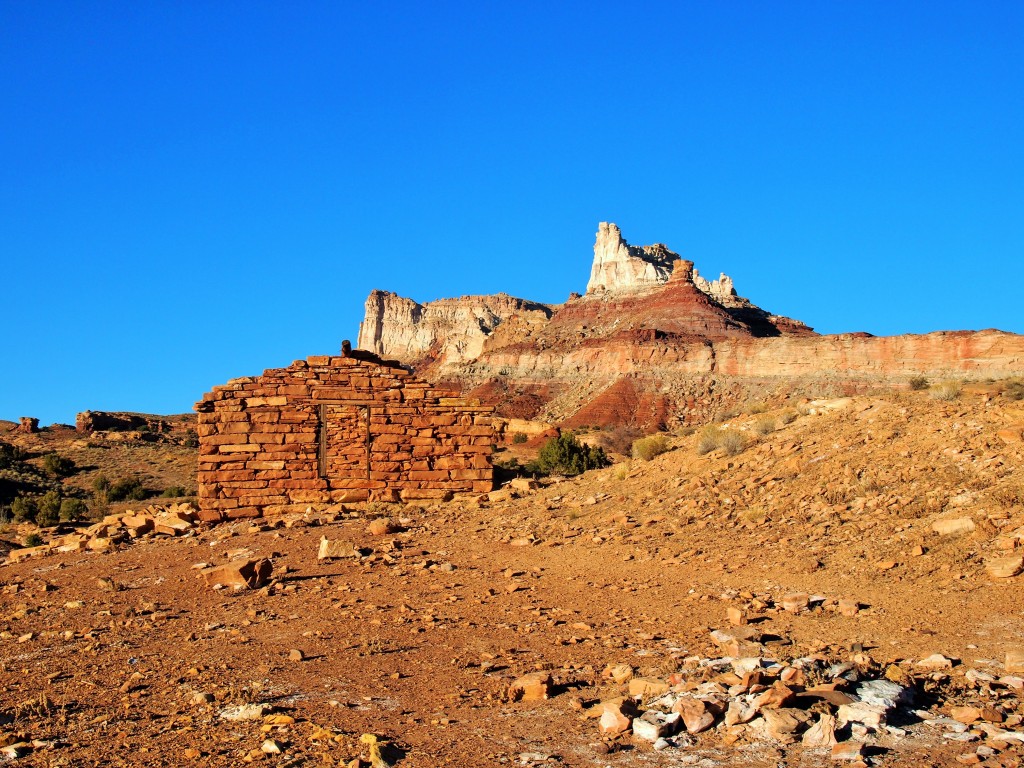 The rest of our trip: