Munich for a Night

We arrived in Munich yesterday around 4pm and went to our host’s home. Michael was really great; he offered to meet up with us later and take us to a cheaper schnitzel place. So we rested a bit at his flat and then decided to do a little sightseeing before meeting him. We walked around the Marienplatz and ducked into one of the city’s cathedrals. We wandered around and stumbled upon a small festival with an American Big Band playing in a gazebo. If we had not already had dinner plans with Michael we probably would have just stayed there. There were stands with beer, bratwurst, Italian food, and trinkets for sale. 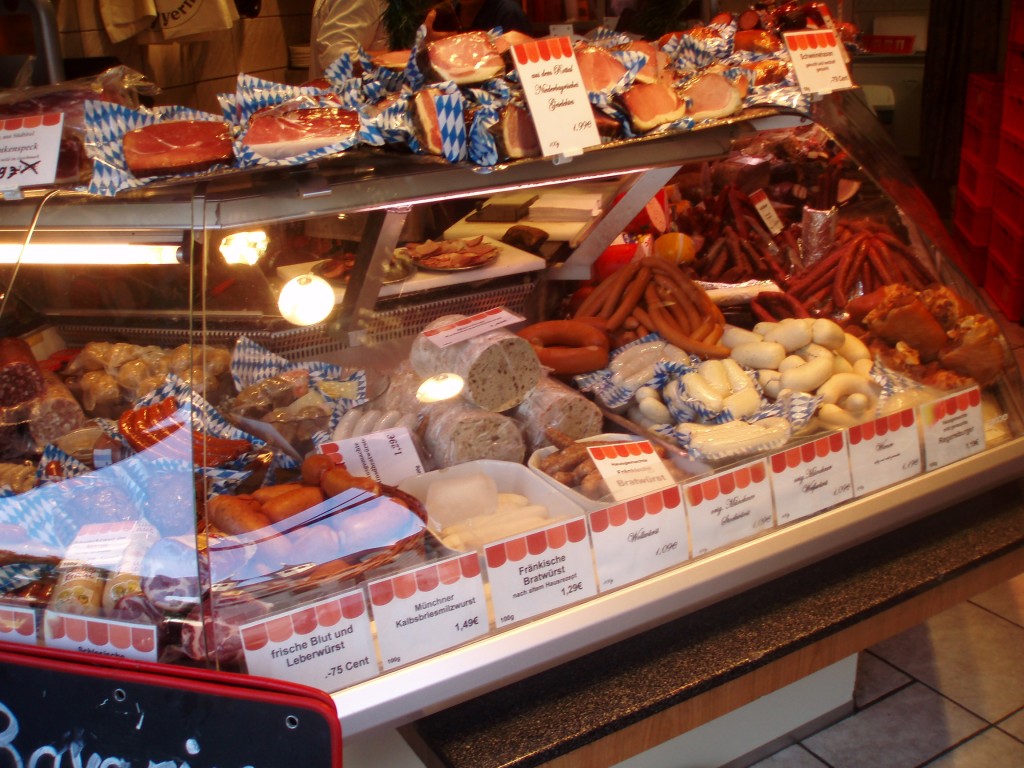 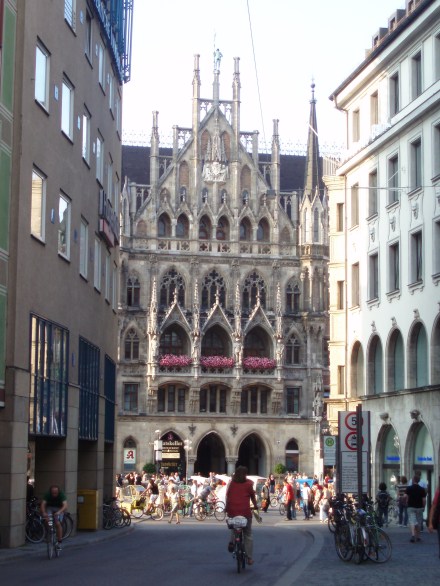 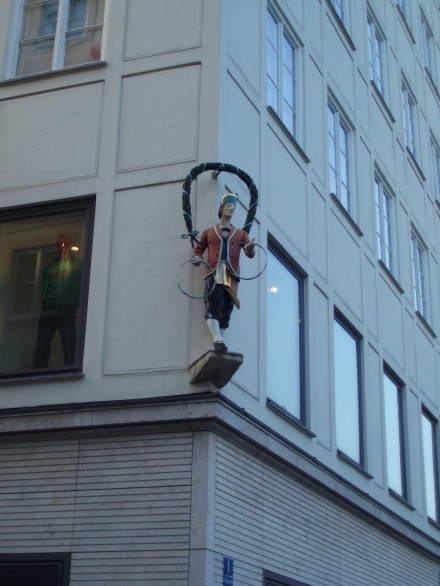 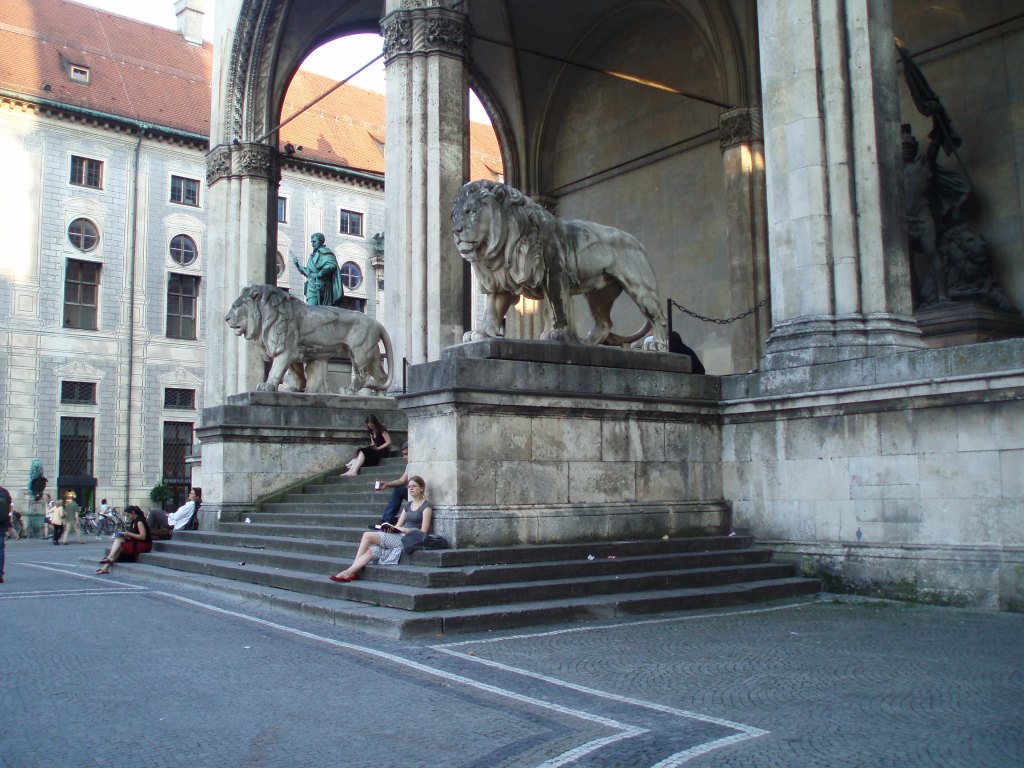 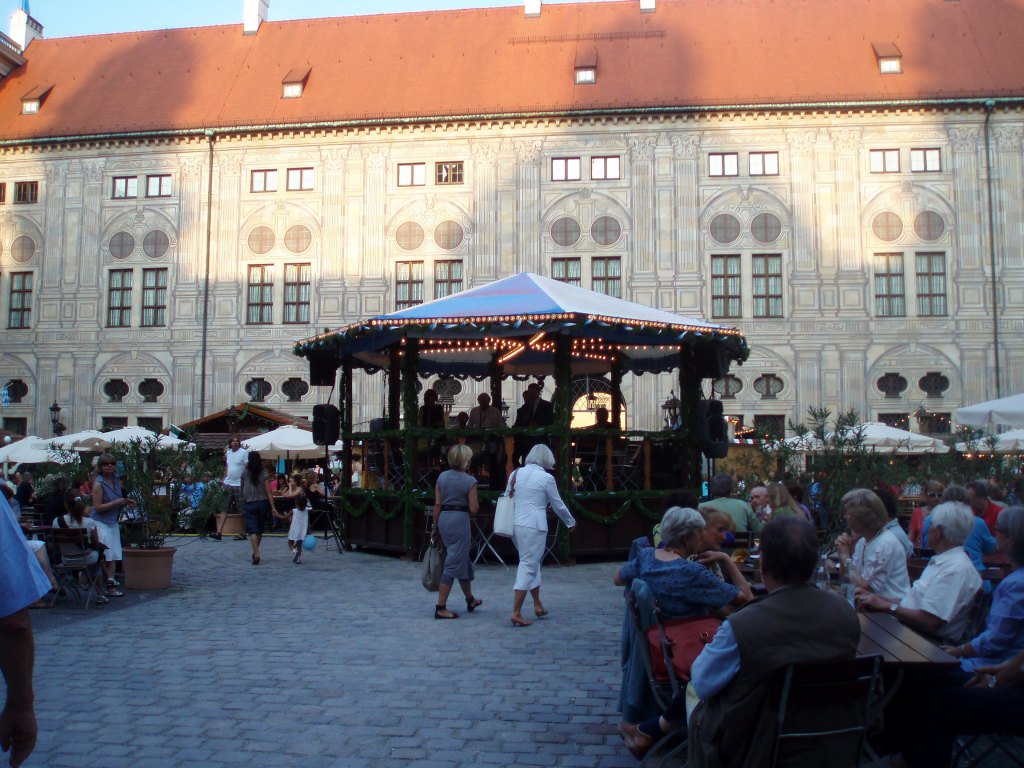 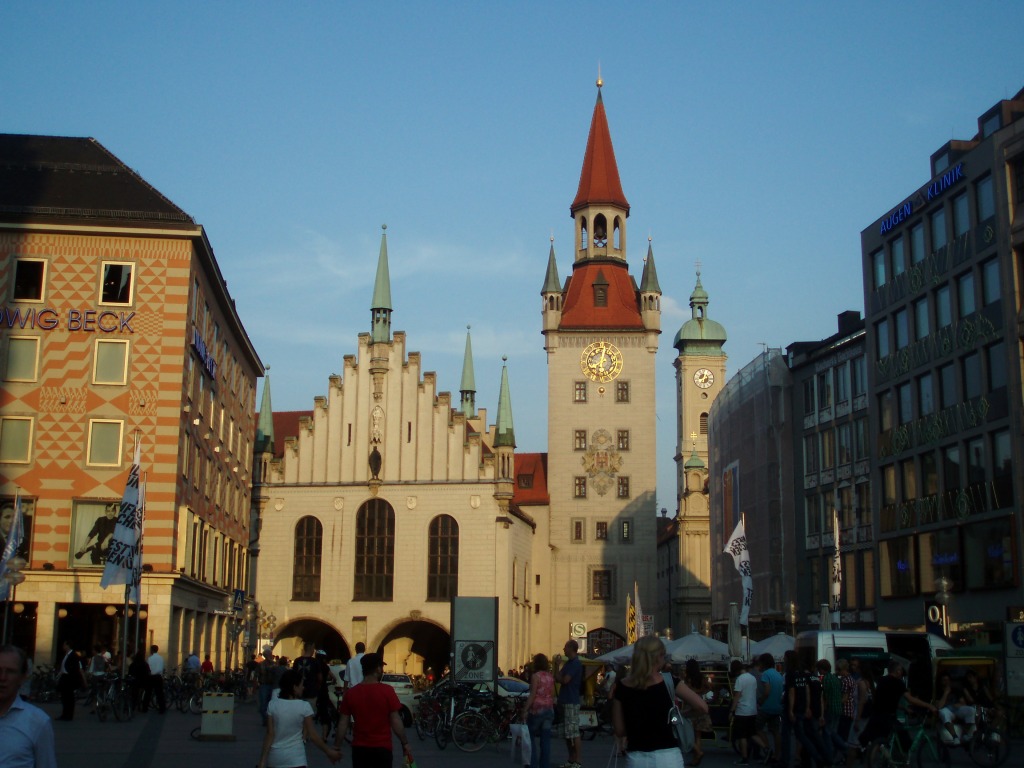 We headed back to meet up with Michael and on our way to our destination he gave us a little tour of the centre. He also took us into the Hoffbrau Haus – the most touristy biergarten in all of Munich. There was a polka band on each floor and tourists everywhere. Michael told us that no German goes to the Hoffbrau Haus. After a ten minute walk we arrived at Lamm’s. Michael ordered us the Bavarian-sized schnitzel (the smallest size) and two big ones (beers). The food was delicious! Afterward he took us to a bar where they serve the oldest beer recipe in the world; it was a doppelbock. We can’t remember the name of the bar… so we will have to do some research, but it was sweet, kind of like a port wine, and it went down very smoothly. Then we returned to Michael’s flat and he had us partake in one of his traditions – whiskey and coke before bed. He used a whiskey from 1986 (my birth year) and filled 3/4 of the cup! Then added a splash of coke. It was a little strong for us, especially after all that beer, and kind of insane. He basically drank ours for us.

We got to sleep in the next morning and then caught our 12:30 train to St. Gallen! 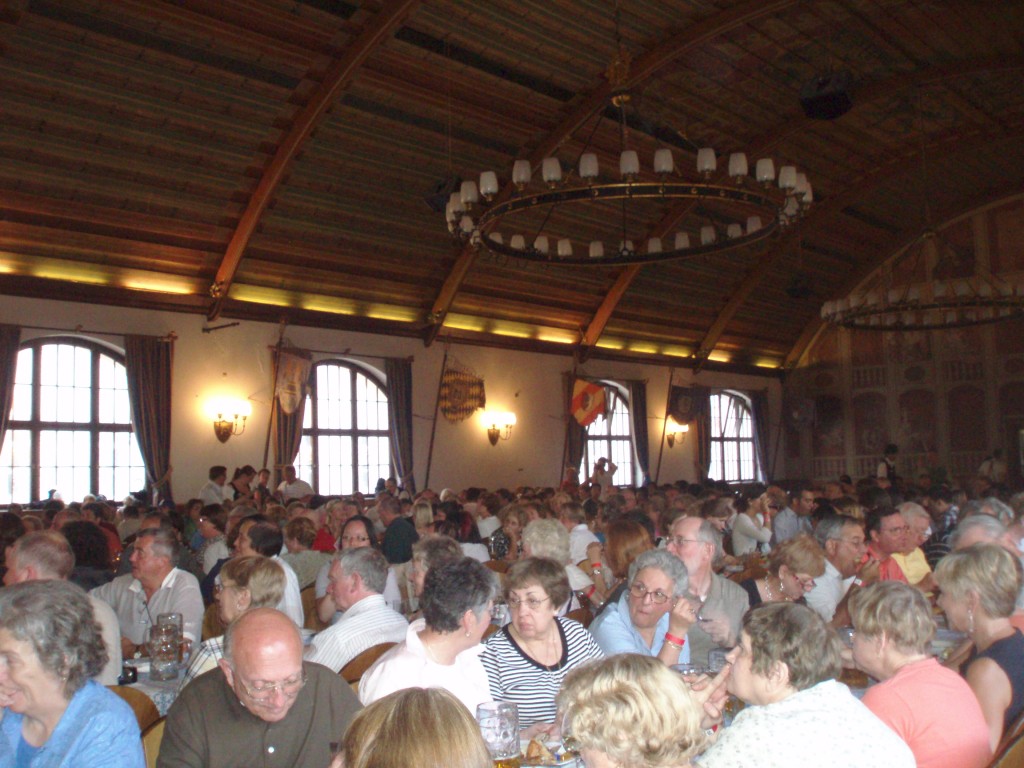 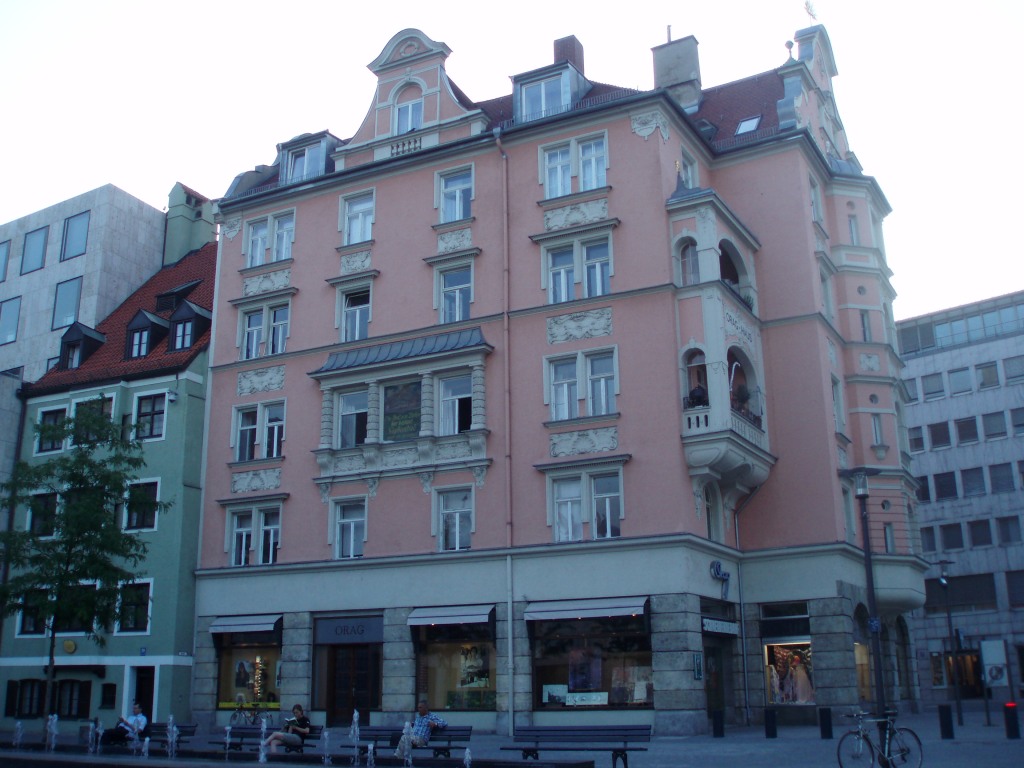 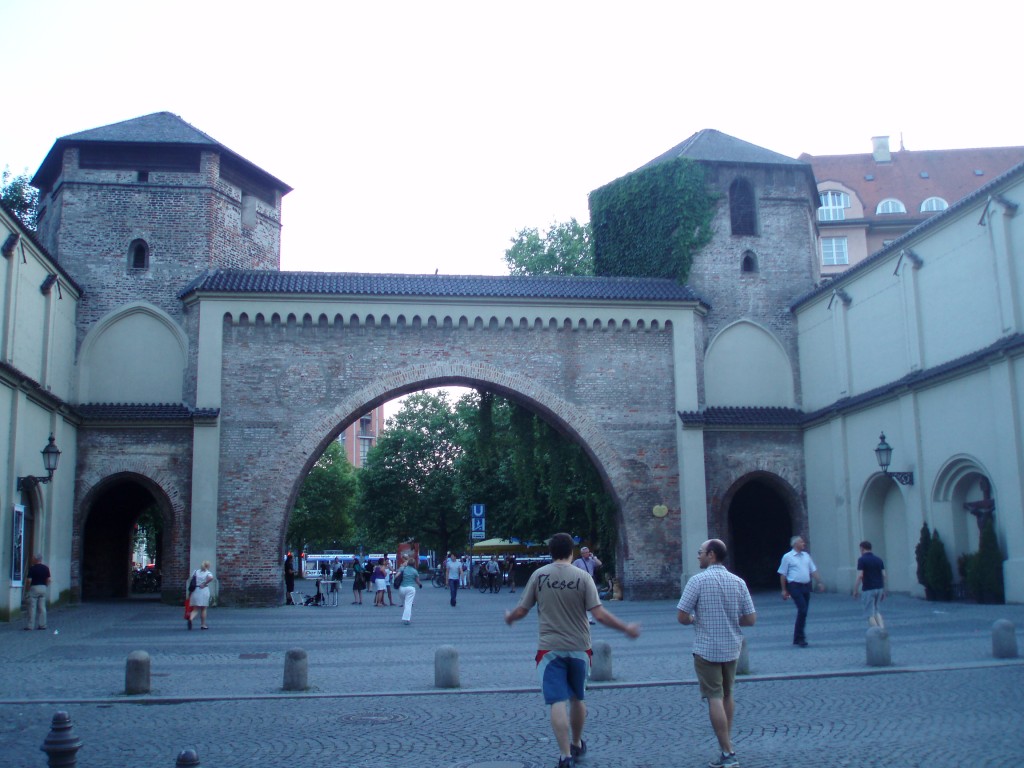 On our way to Lamm’s 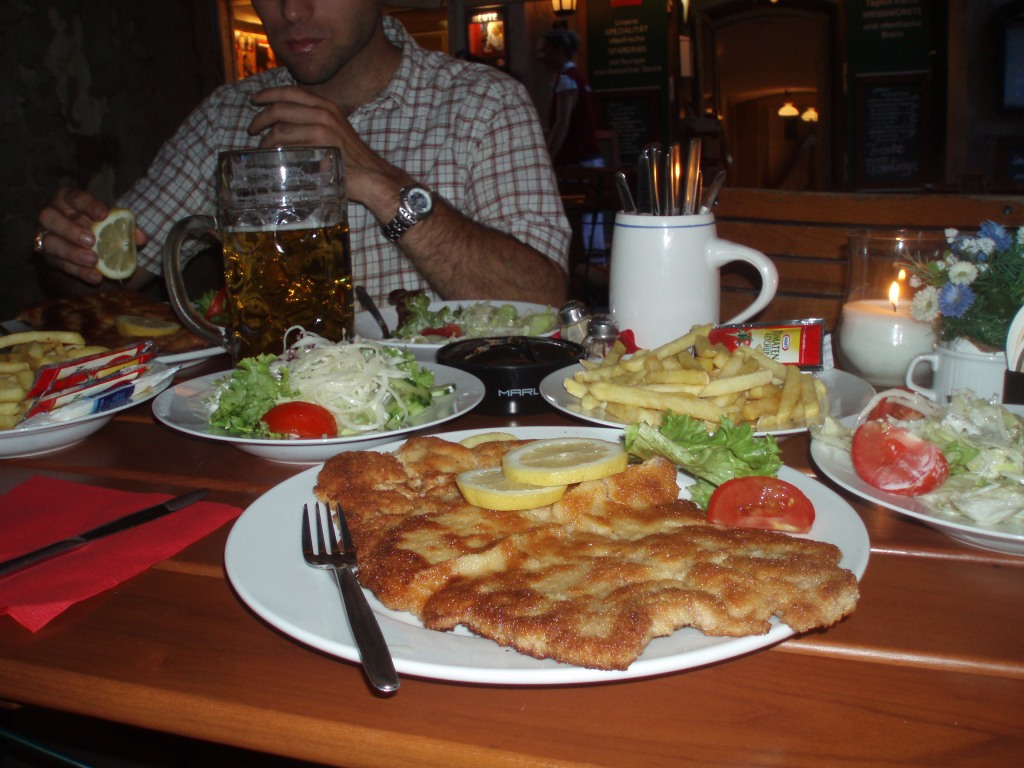