It’s really enjoyable to wake up sweaty and sticky in the morning- gives a great start to the day! It’s been more than hot here. Yesterday it was 103 in the house. When we went to bed last night it was 86 inside, with no fans, no air circulation. In the basement though it is consistently cooler. Zach and I were almost glad to work most of the day and into the evening because it was a more comfortable temperature. When we went to bed it was 77 in the basement. Not sure how much planning went into the layout of the house, but since it was gutted when they started working on it, I imagine they could have done things a bit differently. A screen door would make such a difference at night; then we could leave the door open, enjoy the slight breeze that stirs the air in the house, and not worry about the bugs flying inside. But there is no screen door and instead the door remains shut at night, keeping all the air inside hot and still. Last night wasn’t as bad as Wednesday – when we had flying ants attacking us – but it’s still very difficult to get comfortable. 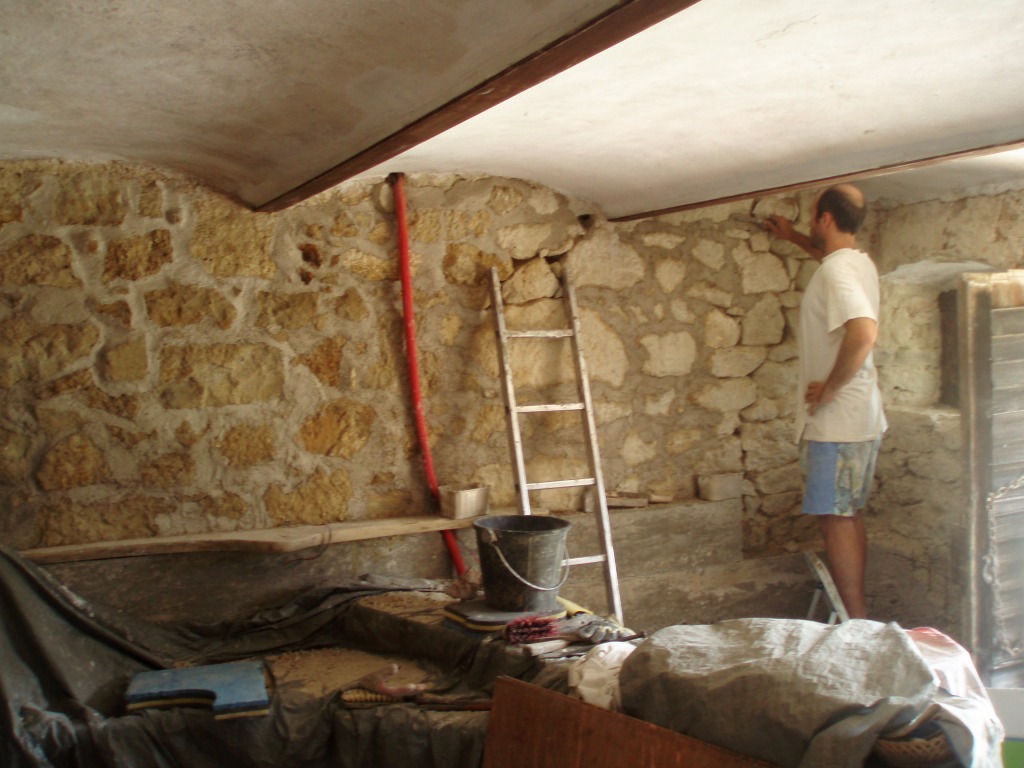 Doing our work in the basement

Our trip to Jarun Lake on Wednesday was nice. We had to run some errands on the way and the lack of A/C in the car made it that much more desirable to arrive as soon as possible. John took an “alternative” route and then “it didn’t feel right” so it took double the amount of time to get there. But once we ate, got in the water, and rested in the shade it was a very relaxing end to the day. 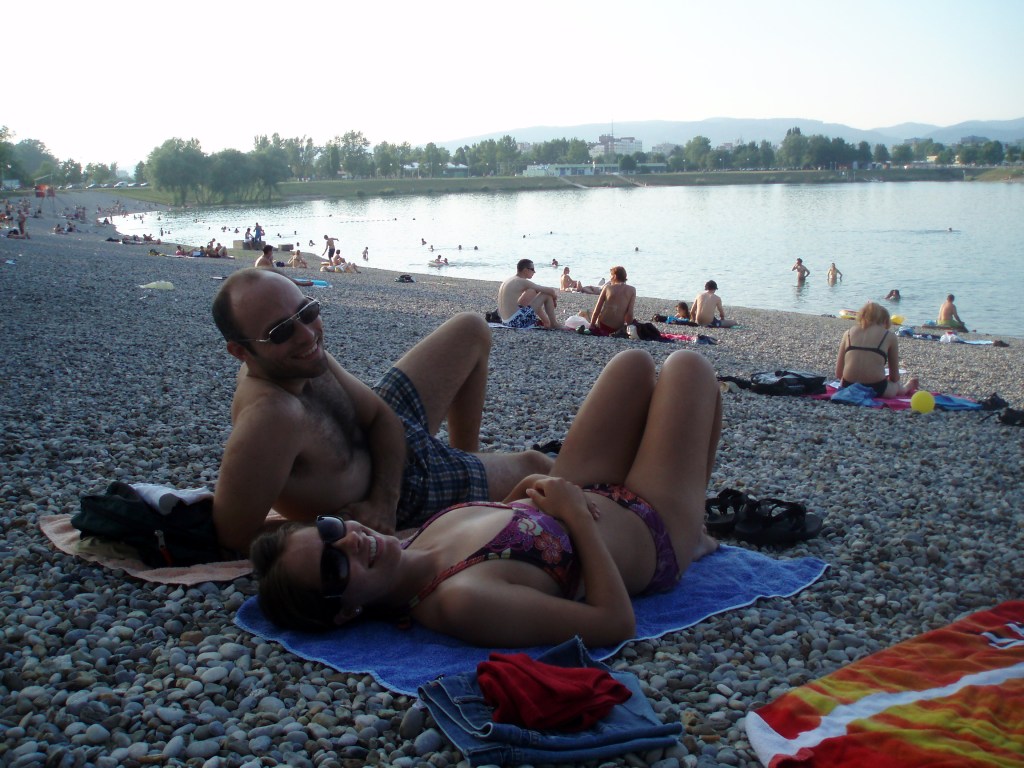 The drive home from Zagreb

That is until we tried to cross the border again. As it turned out the border crossing we used was for EU and Croatian passports only. Earlier in the day the Slovenian guard had waved us on without checking our passports and the Croatian guard let us through. So as we attempted to cross back we ran into a bit of trouble. The Croatian side let us through, no problem, but the Slovenian side refused. He wanted us to go back to the highway, pay the toll, and cross at the main gate. (After spending a few hours with John we realized he has quite a temper and an extreme distaste for everything Slovene.) John, in his anger, after making a few remarks – “Welcome to Slovenia” – turned around and sped off, passing the Croatian guard. After Nathalie yelled and John realized what he had done, we backed up to the gate, but the damage was done. The guard was pissed that John had not stopped and told us to turn around, go back to Slovenia, and then stop at his gate. So, after trying to decipher his broken English with Nathalie’s broken Croatian and John yelling in the middle, we did just that. But when we approached his gate the second time he told us the same as the Slovene guard – to cross at the main border on the highway. So there we were stuck between borders. We couldn’t get through to Croatia to get to the highway and we couldn’t get through to Slovenia to go home. And all because Zach and I are Americans. My heart was pounding and we were both simultaneously annoyed and worried. So we approached the Slovene border again and told the guard that we couldn’t get through to Croatia. He told us to park and took our passports inside. After about ten minutes he came out, handed John the passports, and simply said, “Thank you.” Thank you? For what! But we were free. So after a 30 minute delay, we could finally enter Slovenia and get back to John and Nathalie’s.

Yesterday was a little less eventful! We worked most of the day in the basement, trying to stay cool. We brought the computer down with us and listened to some tunes on NPR, which was nice. Today we are doing the same. Then once Nathalie gets off work we are going over to a British couple’s home for dinner and ping pong. Hopefully their home will be a bit cooler. If not, at least there will be running water!! We look forward to using a real toilet again…