On our final day in Amasra, Zach and I woke up early to walk around the town in its post-dawn calm. It seems in Turkey everyone gets started a little later in the day – shops open later, people eat breakfast at home with their families, and things stay just a little more quiet in the mornings. So it was nice to enjoy Amasra before the tourists came back out to play in the sun.

Even the bazaar was closed

Amasra was once an important trading port for the Genoese (they rented it from the Byzantines), but under the Ottomans lost its importance and has since been a laidback spot for Turkish tourists. It’s a small town situated on a peninsula that juts out into the Black Sea. There are two islands – one connected by a Roman bridge (Büyük ada) and another off the coast a bit called Tavşan adası or Rabbit Island. There are small black rabbits hopping all over the island which we could even see from our boat tour.

Zach and I walked through the castle walls and over the Roman bridge to Büyük ada (big island) where we received spectacular views of Küçük Liman and the main part of Amasra. The morning light and the general quiet of the island made it an incredibly rewarding view. 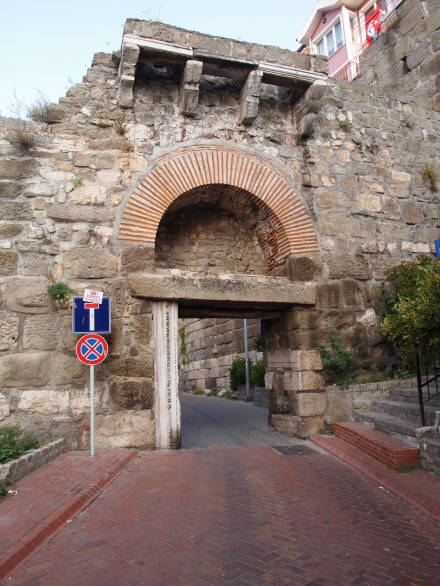 A nice view of Küçük Liman 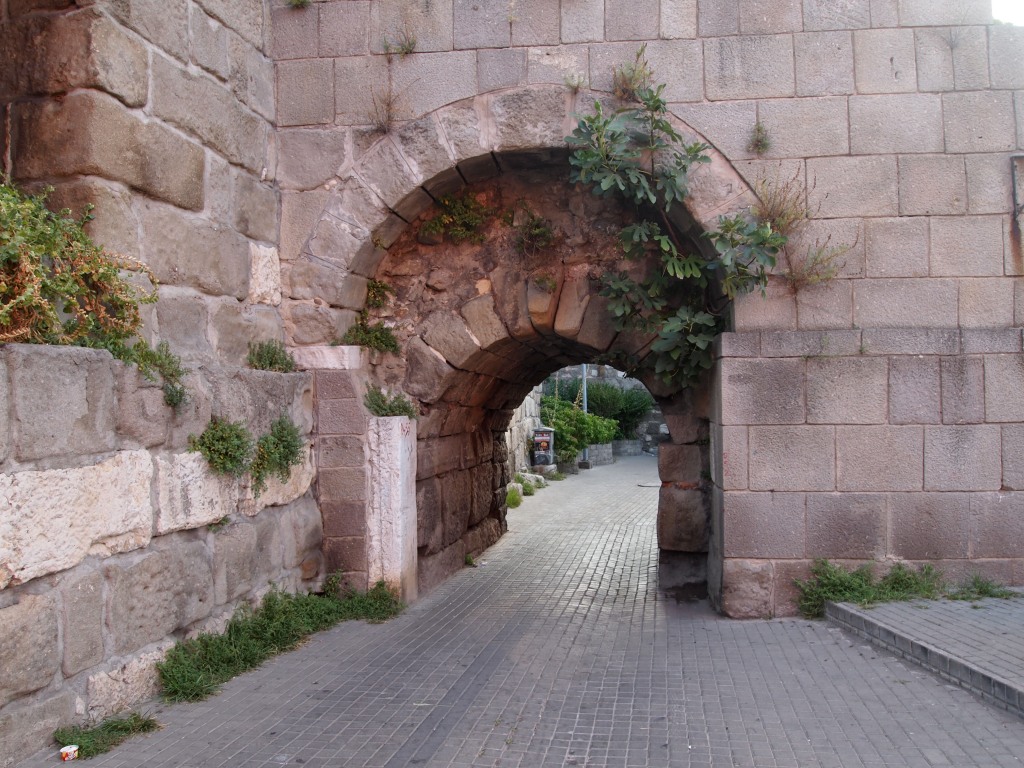 The Roman Bridge under renovation 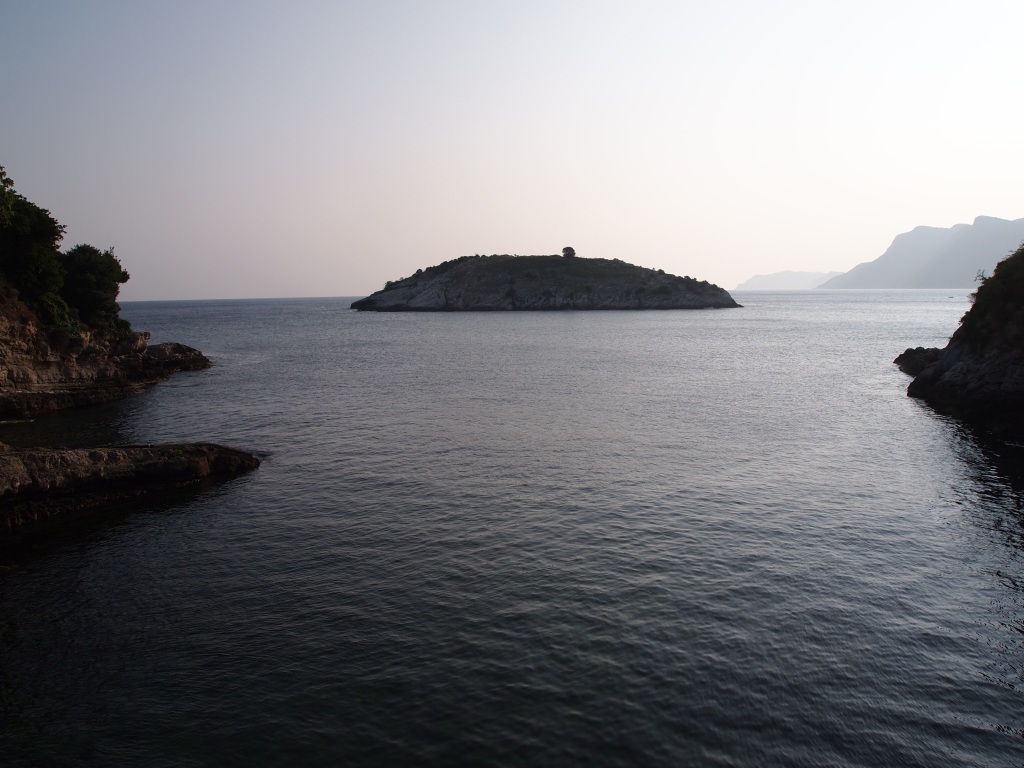 The peninsula where we stayed 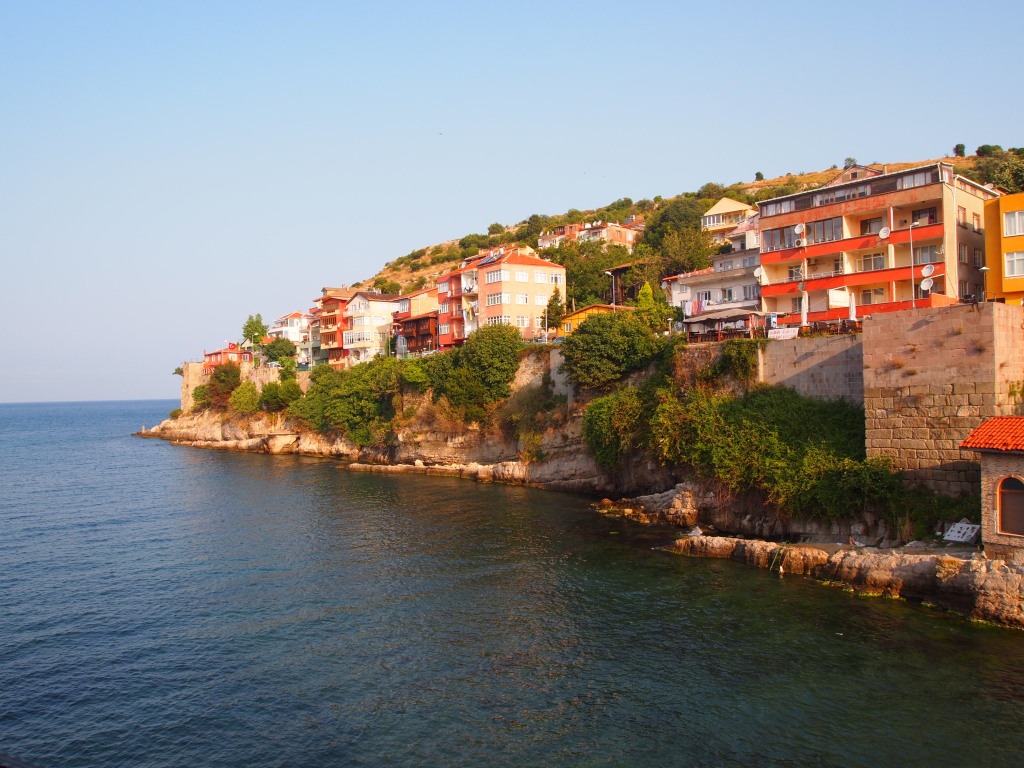 As we walked back into town we stumbled upon the local farmer’s market! We walked around admiring all of the fresh produce – vibrant greens and reds – and available products. We ended up with a couple jars of honey and the itch to come back for more with the rest of the group. 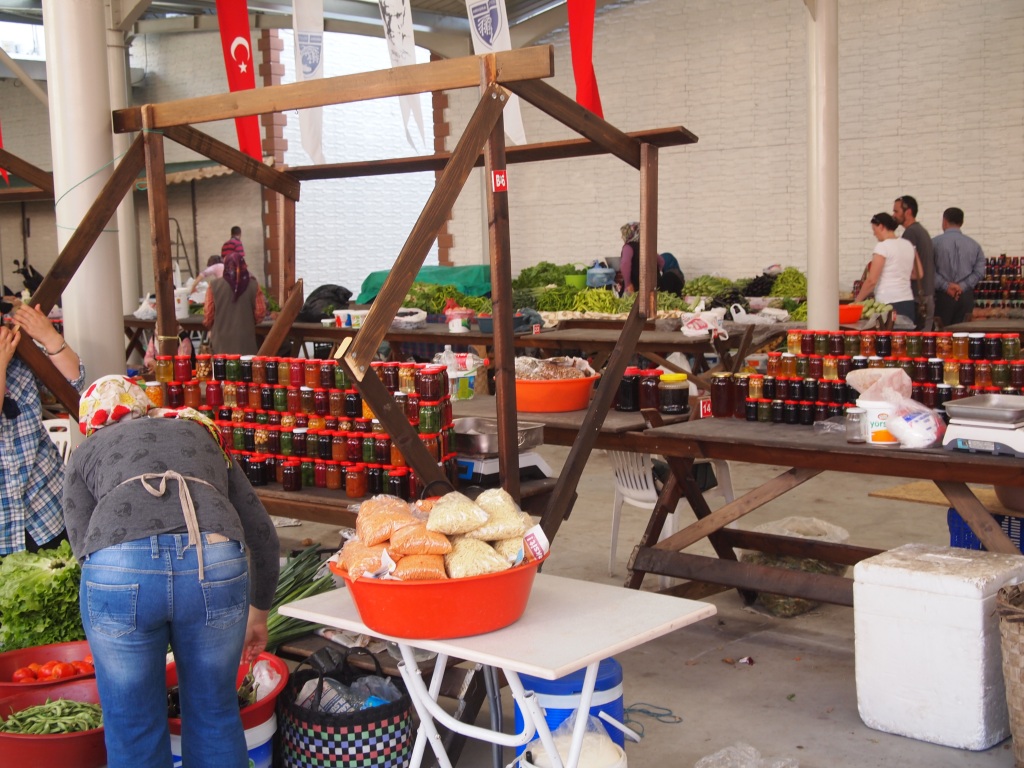 We stopped at the local farmer’s market

We stopped and had some breakfast at a café where Zach could have an espresso and I could have a chocolate éclair. It was great to have something other than cheese and bread for once! We went back to the pensiyon to collect Tim, Jenny, and Rudy and we headed back over to the farmer’s market. We bought several more jars of honey and some blackberries and strawberries to snack on around town. 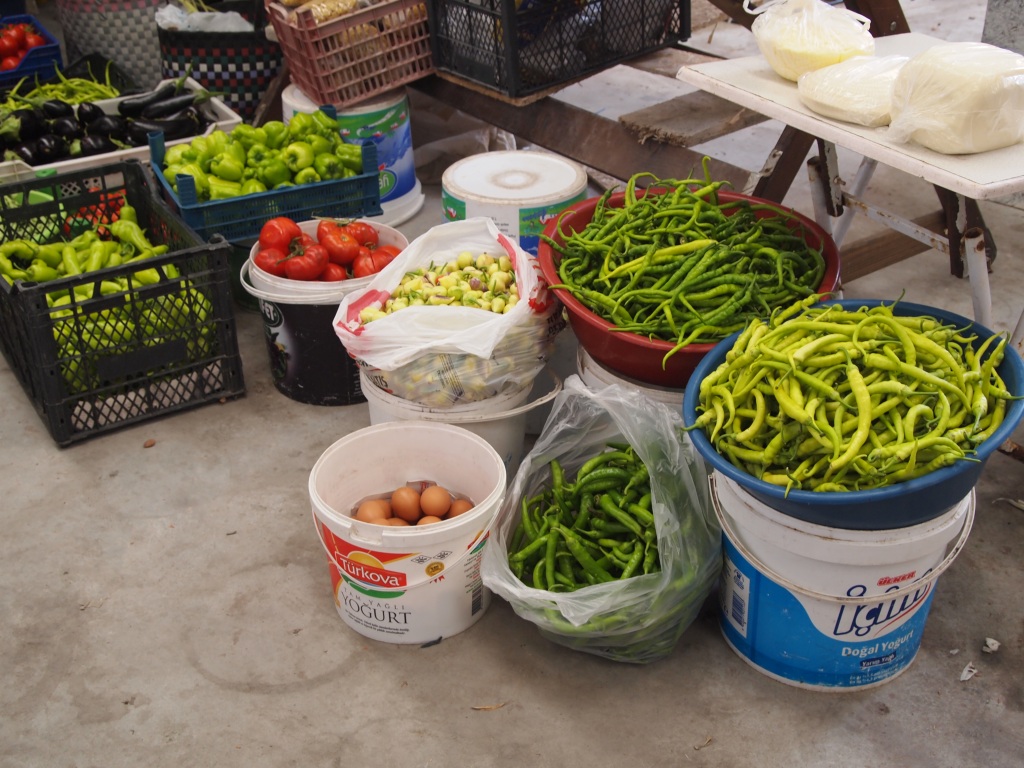 She instructed me to take her photo 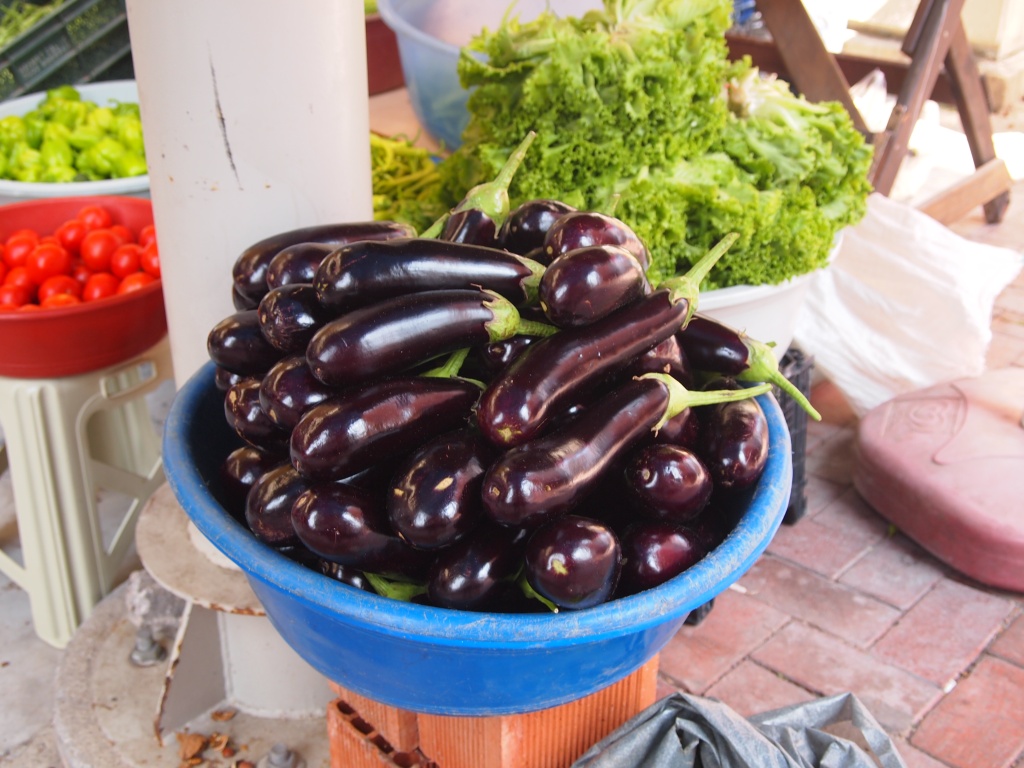 The guys wanted to get a shave at the local barber shop so we stopped in so all 3 of them could clean up before heading home.

The guys all wanted a shave 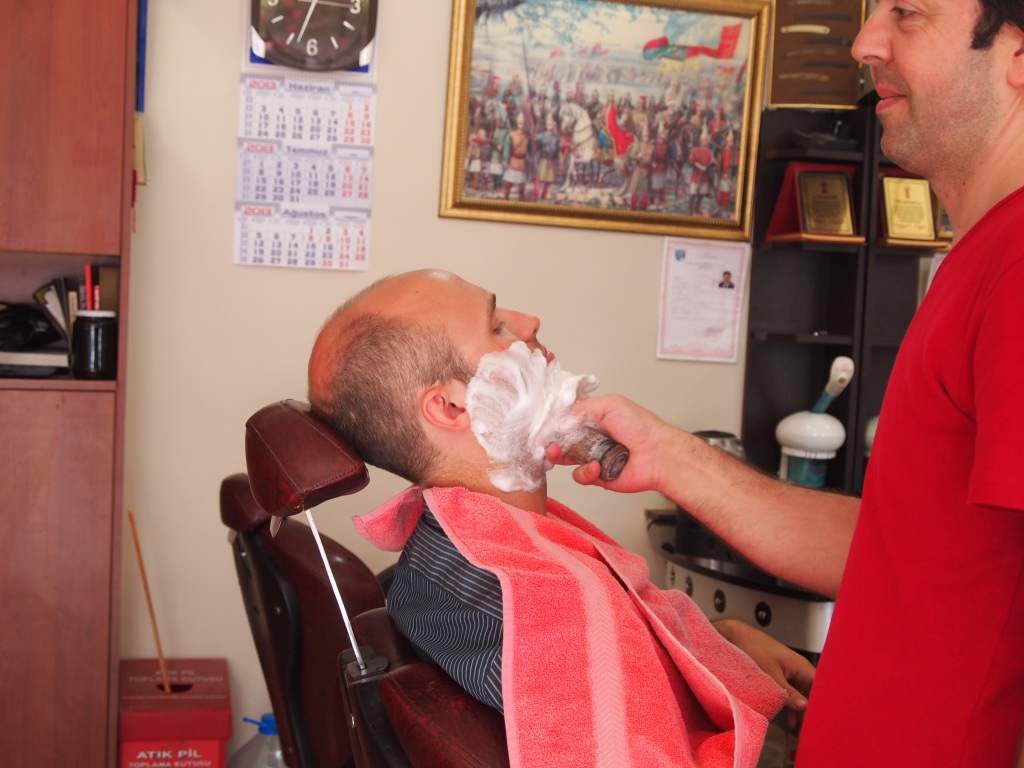 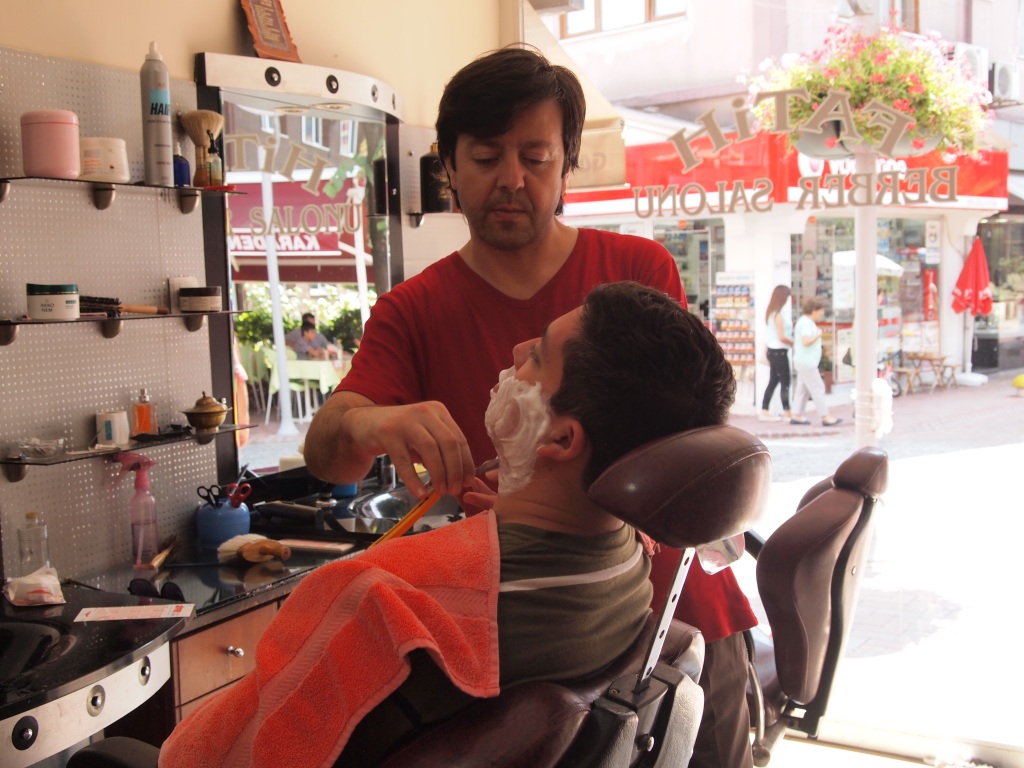 After their shave we picked up our bags from the pensiyon and made the short trek to the bus station for our 3:30 bus to Istanbul. What should have been a 7 hour journey turned into 9 hours! As we got closer to the main bus station in Istanbul we encountered horrible traffic. One lane of traffic was taken over by parked cars while the remaining lane stood at a standstill. There were people walking around through the traffic and cars making U-turns to get away. We couldn’t get an explanation from anyone either. Before we knew it our bus was also making a U-turn and we went off in another direction only to encounter more traffic. Eventually we made it into the bus station, but were again stalled, this time by massive crowds of people (mostly young men) chanting, cheering, and shooting off fireworks for a specific bus’s departure. We never could find any information online about what we witnessed.

Luckily, our bus finally made it past the huge crowd and we were able to disembark. We grabbed our belongings and headed for the exit – which was thankfully away from the crowds – to look for a taxi. Our flight from Istanbul was scheduled to depart at 6:15am so we headed straight to the airport. We initially planned on getting two taxis since there were 5 of us, but the first cab driver we found decided he could fit all of our luggage and all 5 of us into his cab. He managed to get most of our luggage in the trunk before strapping the back down with a bungee cord and then cramming 4 of us into the back seat. Thankfully we weren’t far from the airport.

We arrived at the airport around 1:30am which gave us a little down time to nap or wander around. We were able to check in around 4am and go through passport check to wait for boarding to begin. From there we were only 3 planes away from home – the first leg to Rome, the second to Atlanta, and the third to Dallas.

Now that we’re home I think about the people of Turkey the most. Everyone we encountered was wonderfully friendly and full of life. They were eager to interact and learn – just like we were. If you have the chance to go, go soon. The culture, the language, the people will capture a place in your heart that cannot be surrendered.