Halloween is not widely celebrated here. From what I gather it is only celebrated in the areas expats frequent and in the English schools. Halloween isn’t something I really celebrated when I was growing up so I’ve never really cared that much for the holiday. In fact, I’ve never been trick or treating! However, this year was a more exciting because the kids were really looking forward to wearing their costumes and eating candy!

We decorated our kindergarten classrooms and had a Halloween Party on Thursday and Friday for the younger classes. They “trick or treated” (sort of) by lining up and getting candy, we sang the Trick or Treat song (which I did not know!), and we had a costume contest. It was an exhausting day for me but a really fun day for the kiddos. 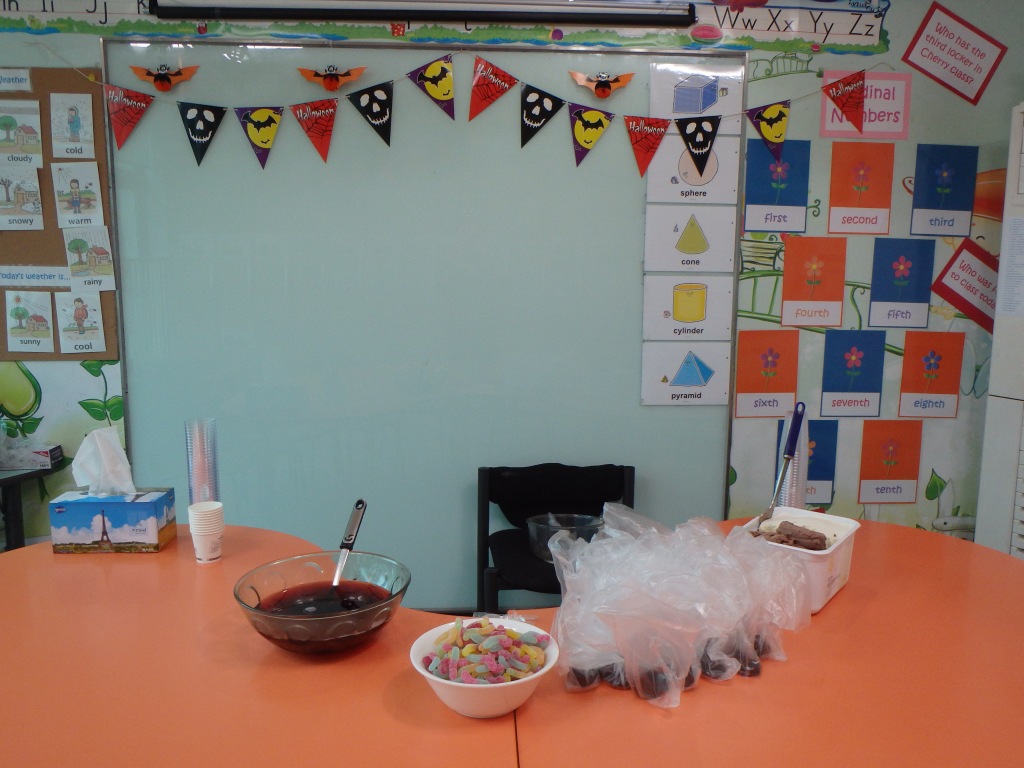 For the morning kindergarten classes, I operated the cooking class where we made a cup o’ worms 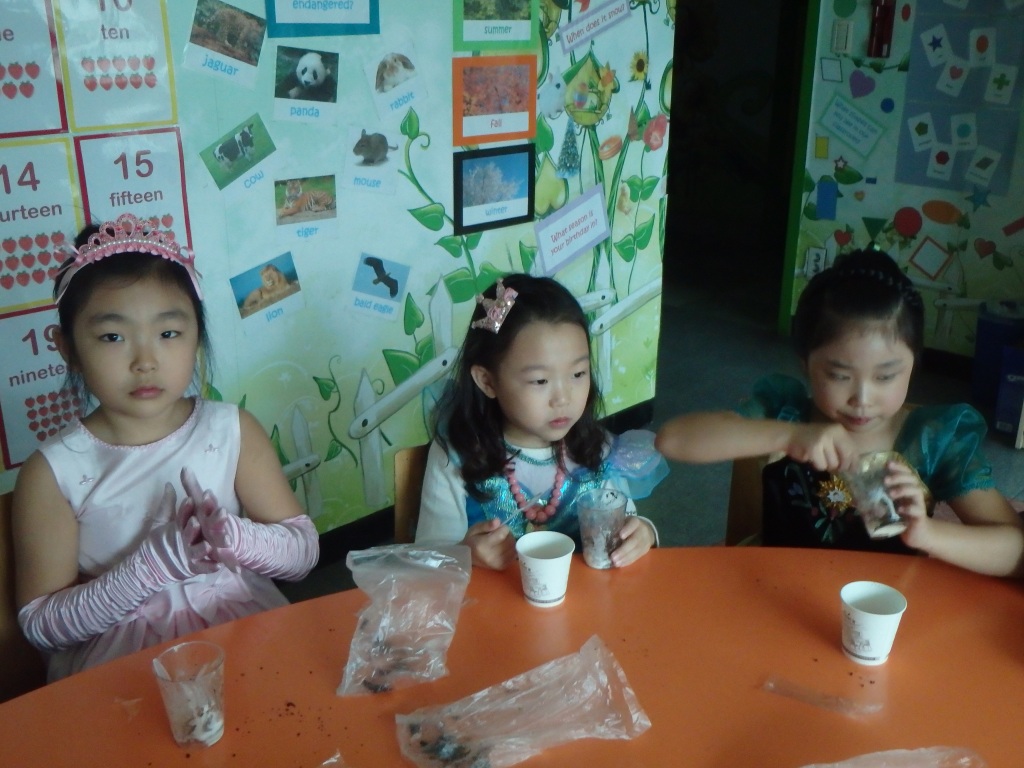 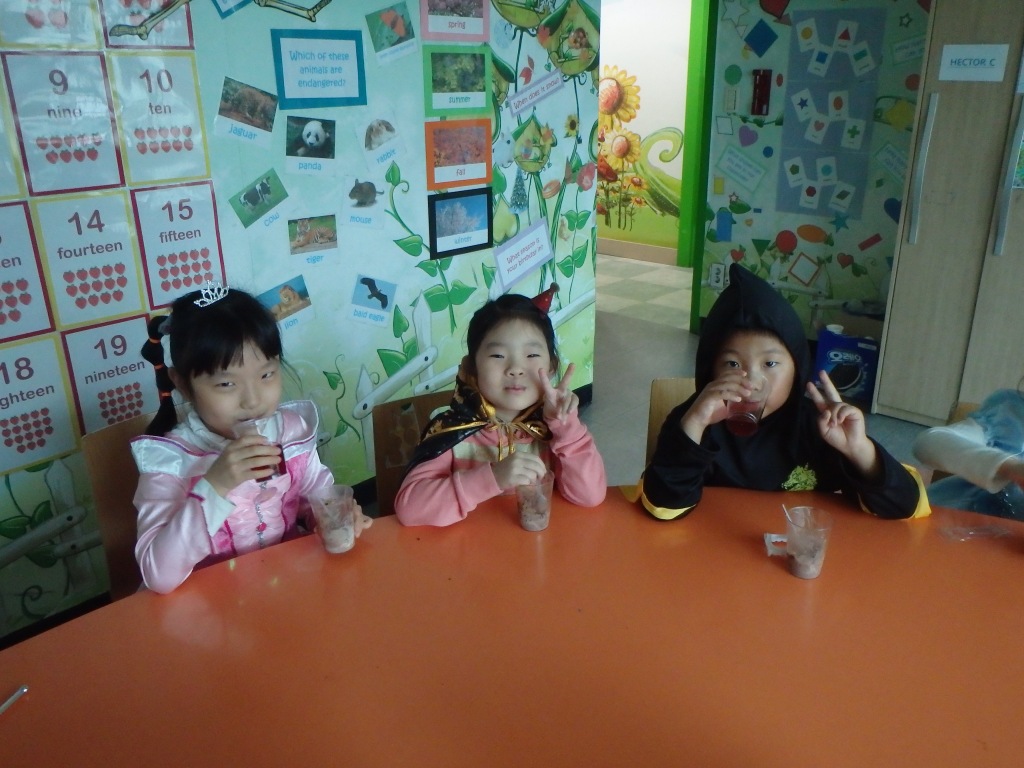 There were a lot of princesses in the morning classes and a ton of witches in the afternoon. I think there’s probably a pretty limited selection of costumes available here and the concept of creative costumes is a little bit lost on them. 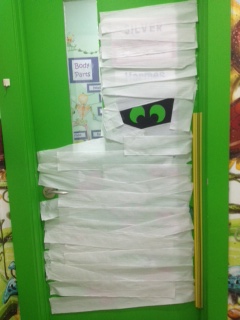 I did a mummy door that was promptly destroyed 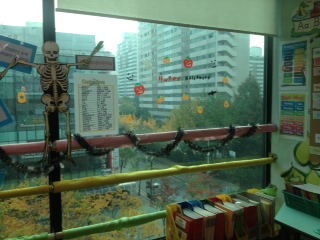 Some of the decor in my classroom 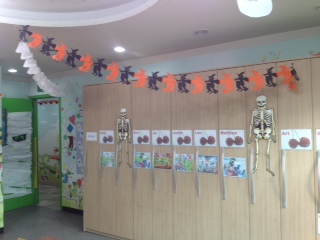 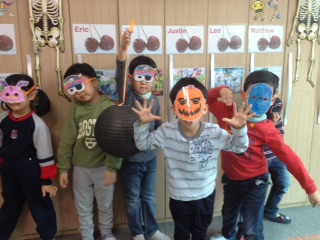 My kinder class in the masks that we made on Thursday 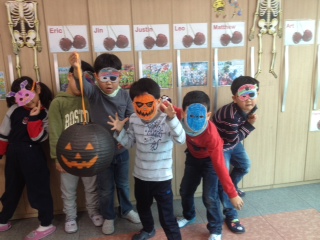 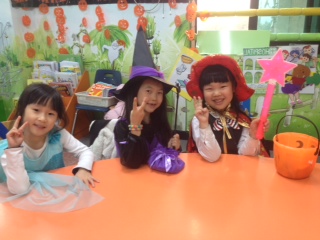 Lily, Esther, and Ellin from my afternoon kinder class 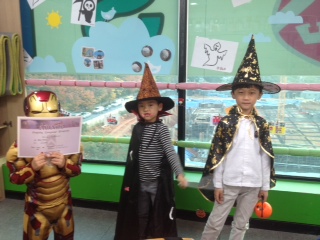 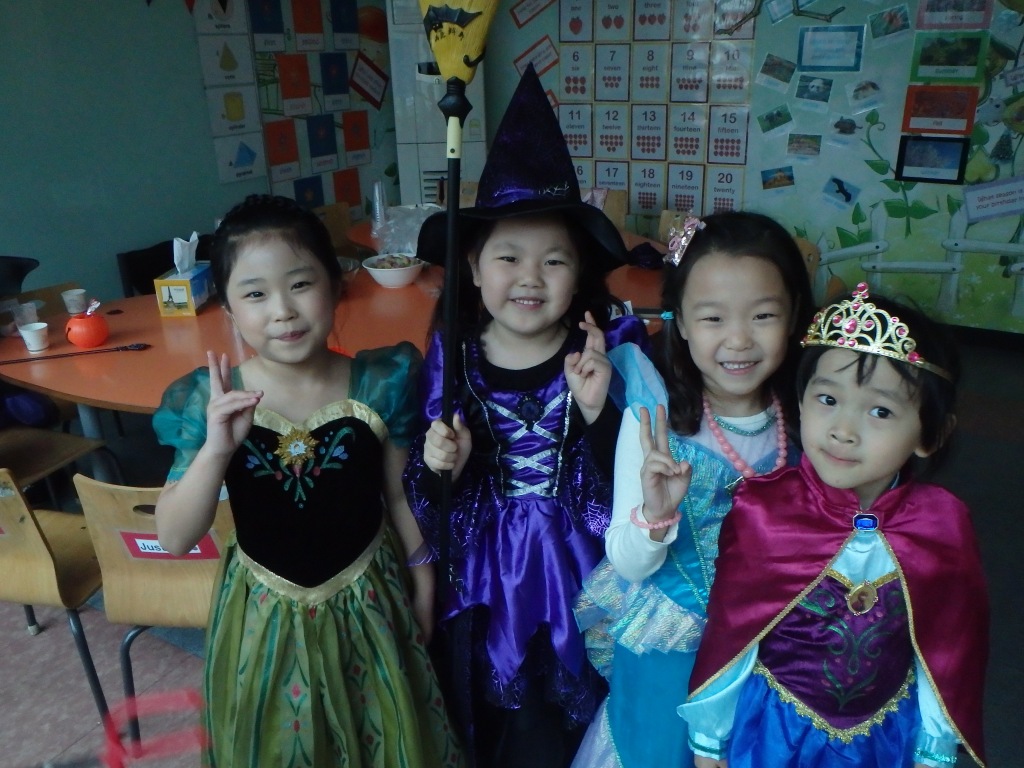 These girls are in Plum class 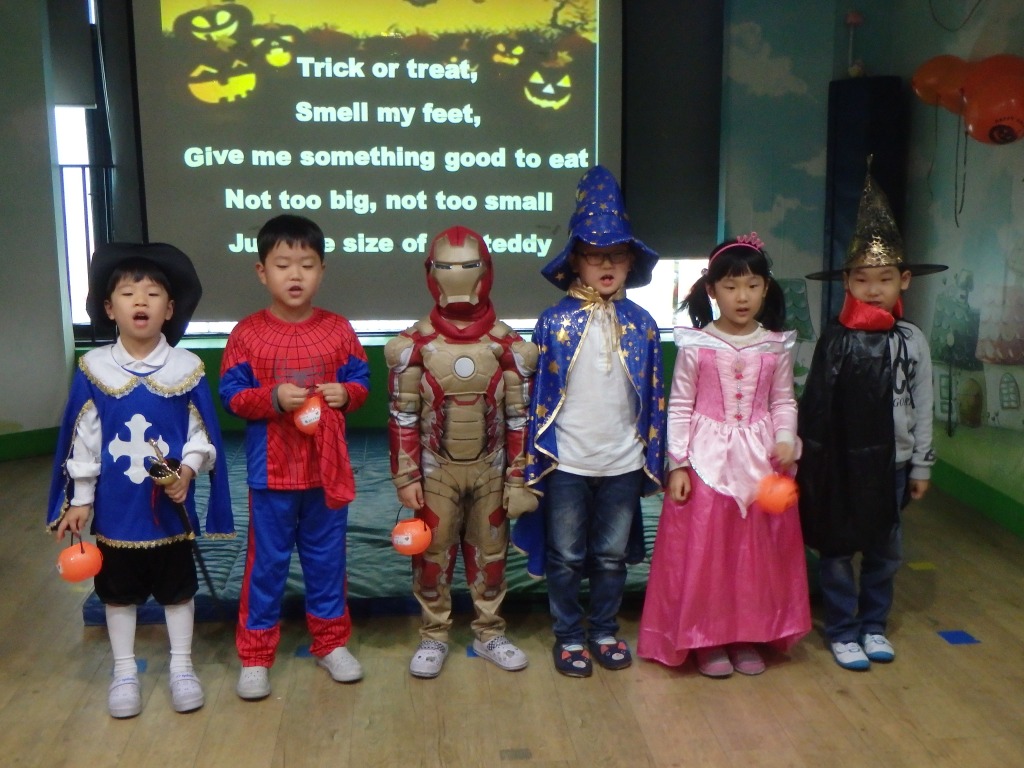 My class singing the Trick or Treat song 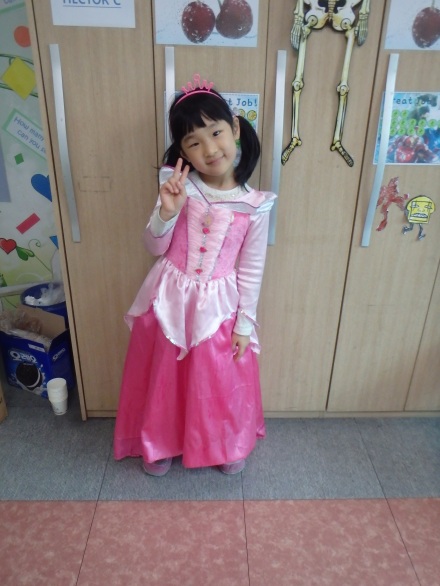 Alina as Aurora from Sleeping Beauty 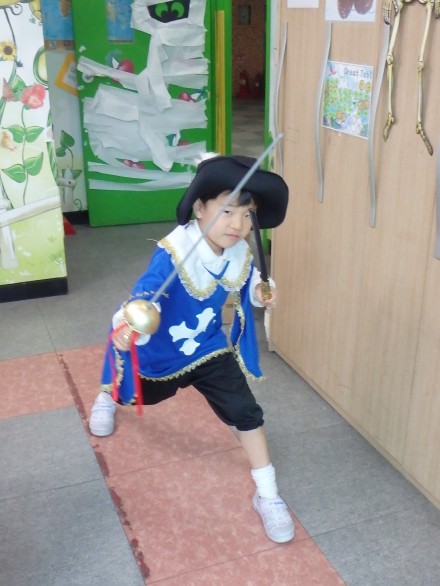 Jin as a 3 Musketeer 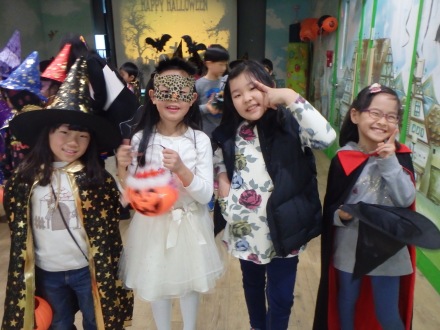 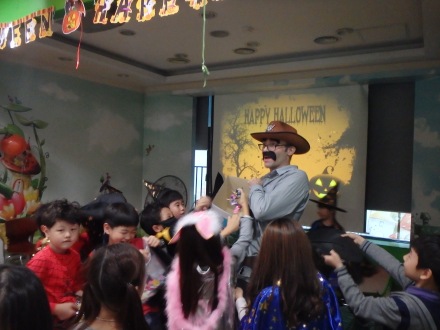 Zach was attacked by the kids! 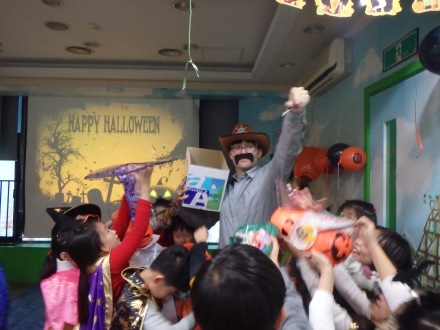 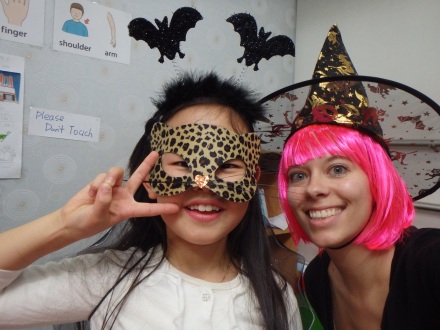 With my student, Sally 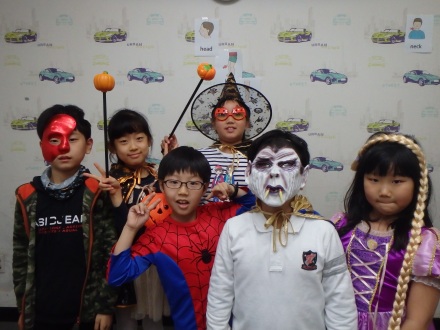 These kids are from one of my favorite classes 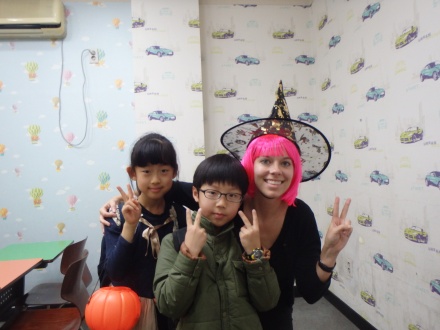 Two of my favorite students, Jack and Alisa 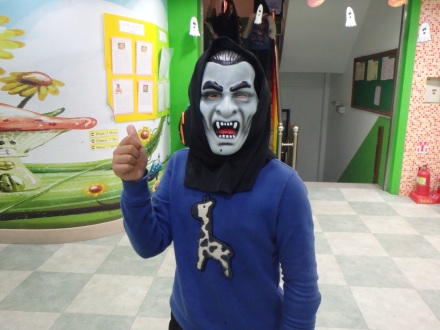 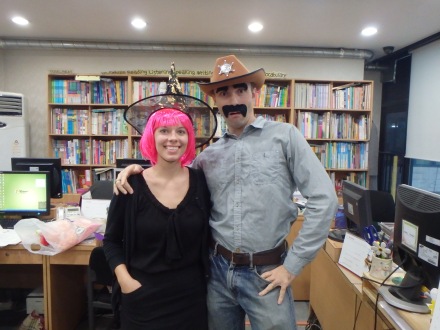 Our makeshift costumes – several of my students told me how ugly my hair was!

Tagged as: expats in the ROK, Halloween, SLP, South Korea, Texans in Korea