Spring is finally here! Everyday I see new buds on trees that looked dead the day before. It’s been exciting to watch the transformation. It’s also been really nice to be able to get back outside without having to bundle up. We’ve already seen several cherry trees blooming in our neighborhood but on Saturday we got up early to check out the blossoms in Seoul. Every spring Yeouido, a small island in the Han, hosts a cherry blossom festival, but I’d read that the crowds can be in the millions! Yuck. So we got up early and decided to view the blossoms in the morning before the crowds got too intense.

We arrived at Yeouido around 8:45am and as we walked through the park it was pretty dead. At first we weren’t sure where to go so we followed a small walking path which had some small cherry trees in the center. We were really hoping they weren’t the reason we got up so early.

the trees shone in the morning light

Thankfully at the end of the walking path we saw the line of cherry trees across the road. I was giddy with excitement and sincerely thankful that we had come early. The sidewalk under the trees wasn’t empty but I can only imagine how crowded it would have been later in the afternoon. We were able to stroll leisurely under the trees and stop for photos when we wanted. 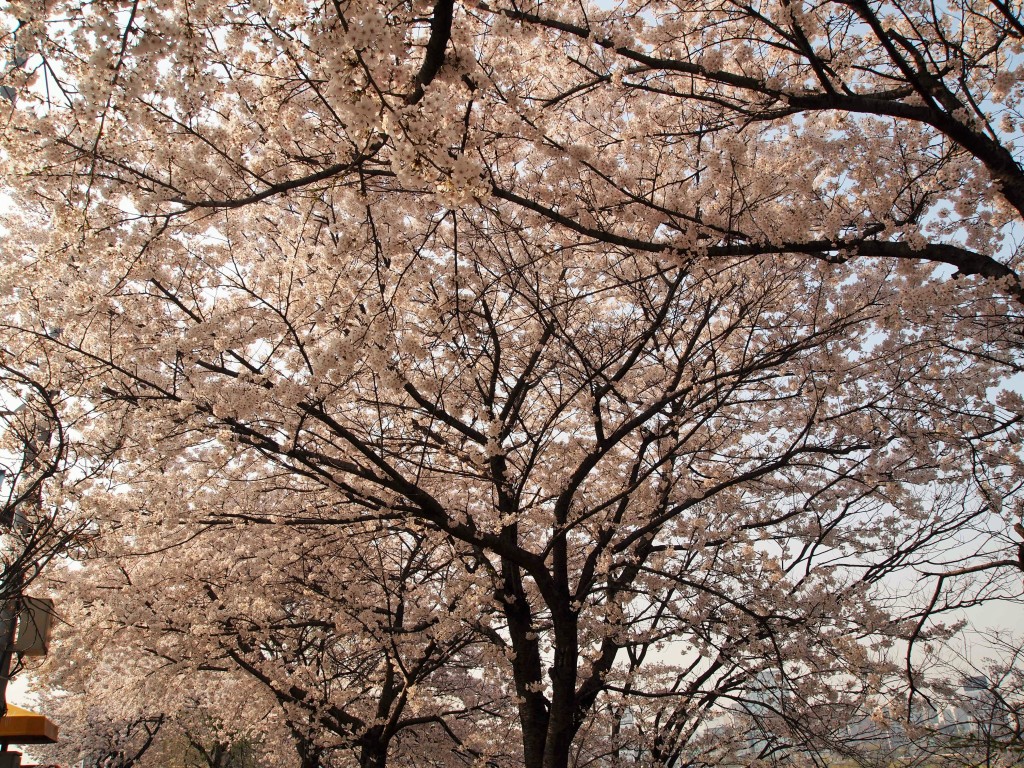 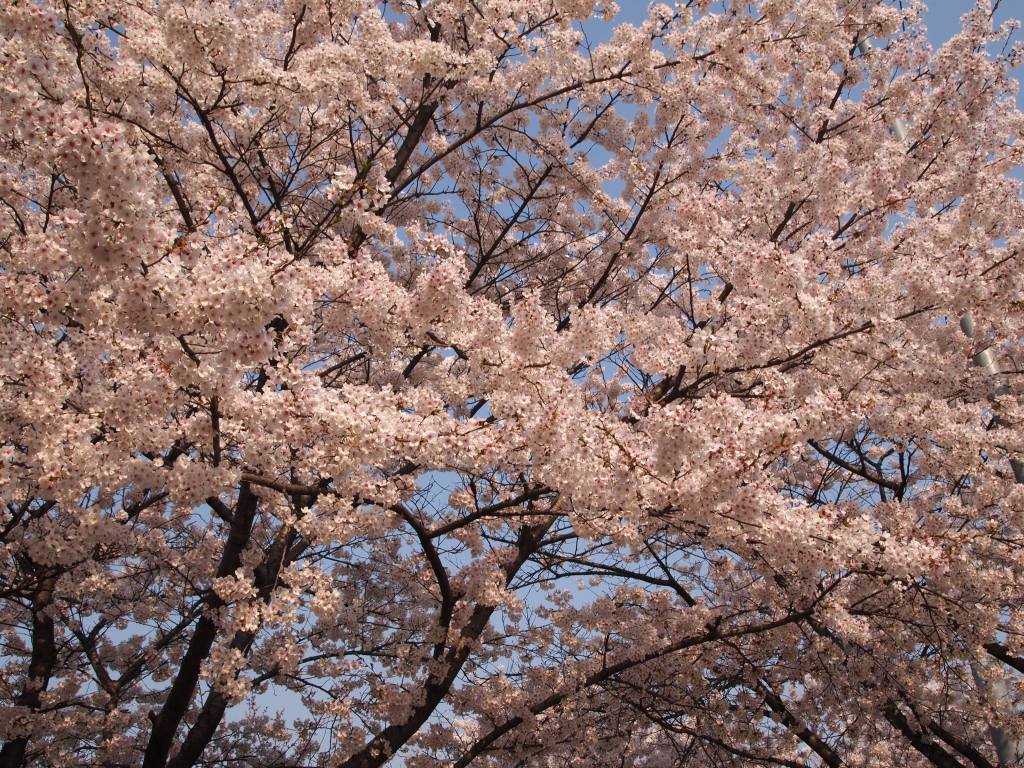 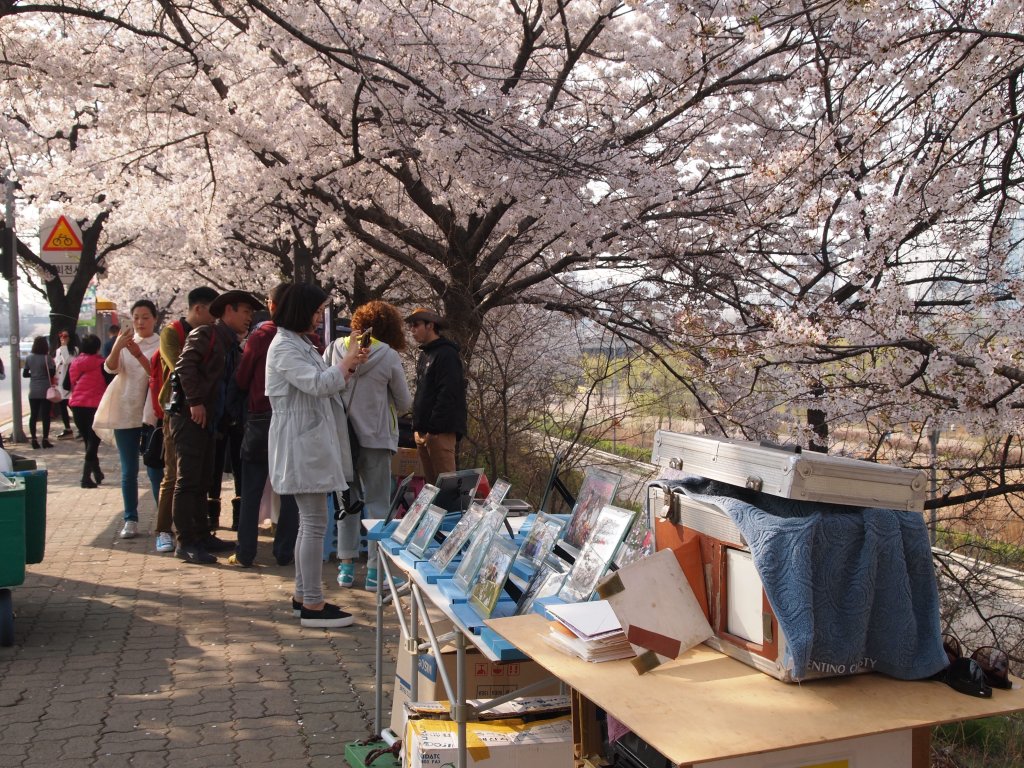 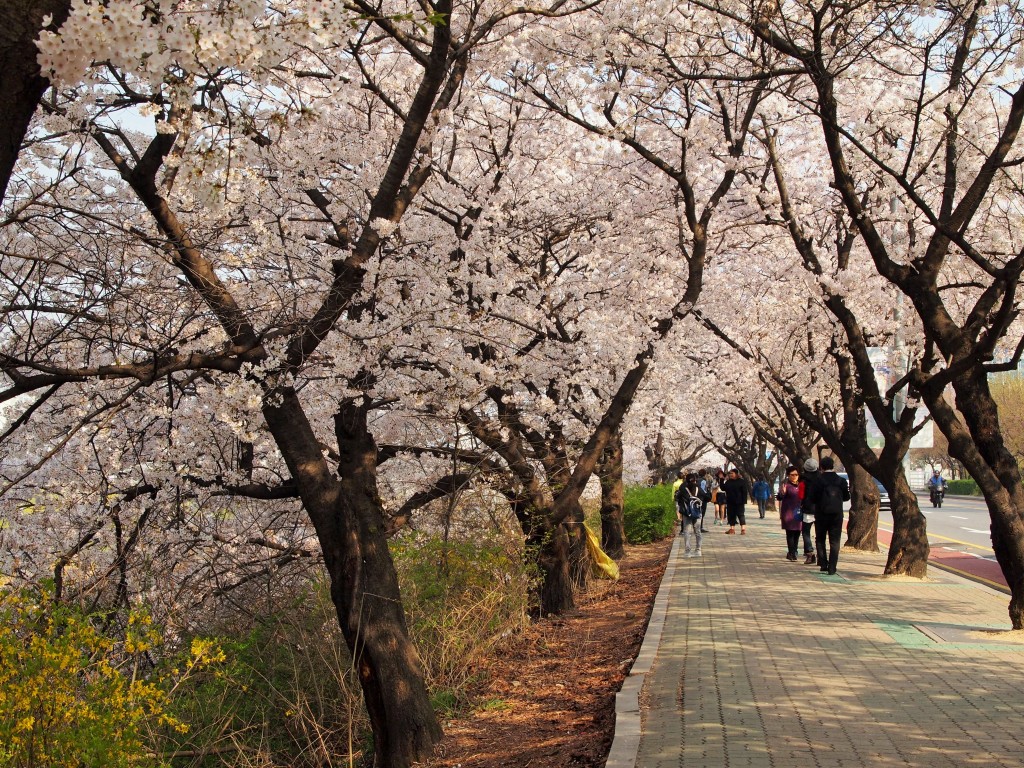 This is going on our Christmas card… 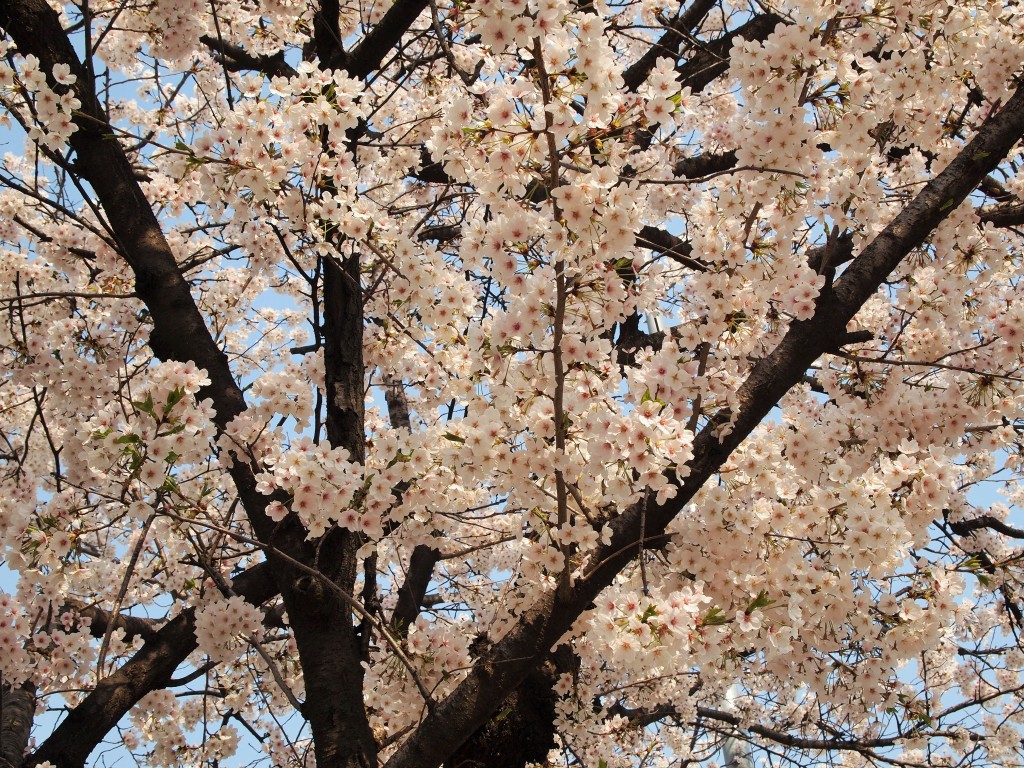 One of my students called them popcorn trees 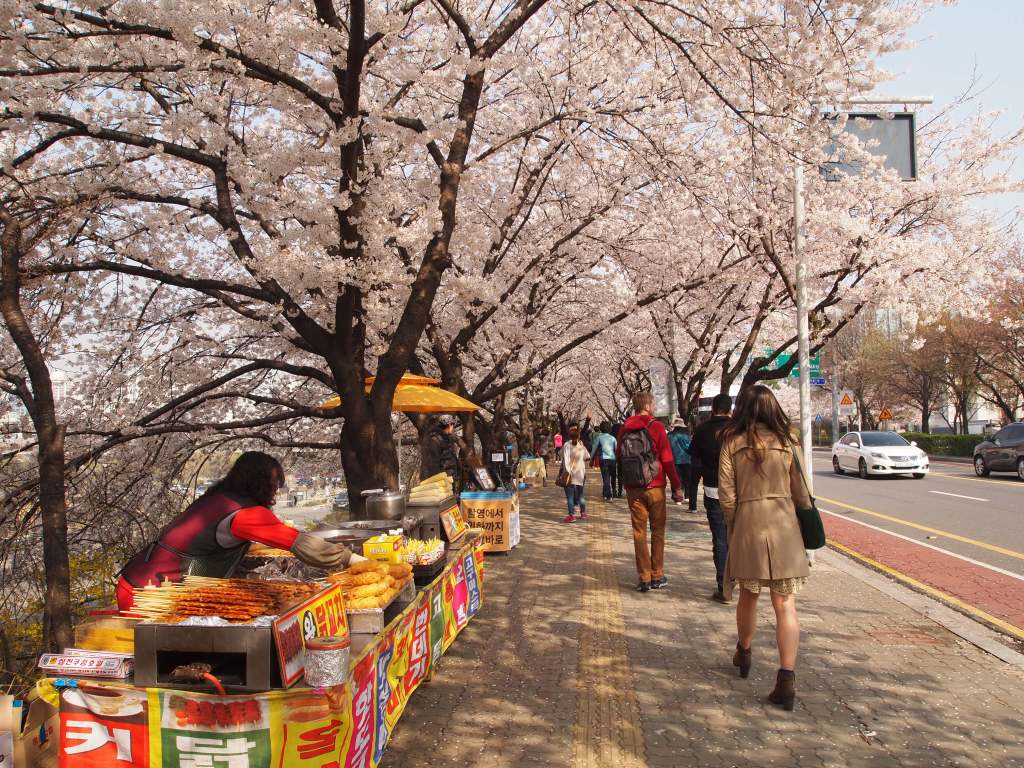 There were also concessions along the way

Zach got a corny dog

I got a hot homemade donut!

After we had walked for a little while we came up to an intersection where the road had been blocked off. So for the rest of our morning we were able to walk in the street and admire the trees from afar. At this point the sidewalk had become more crowded so we were pleased to be able to avoid it. As we left the festival area hundreds of people were heading in that direction. Going in the morning was a really pleasant way to enjoy the blossoms. We had the advantage of the soft morning light and a cool breeze to make our viewing that much better. Plus, it was easier to take photos without hoards of people! Even though I missed out on Texas bluebonnets this year I’m glad I got to usher in spring with gorgeous cherry blossoms.

There still weren’t too many people 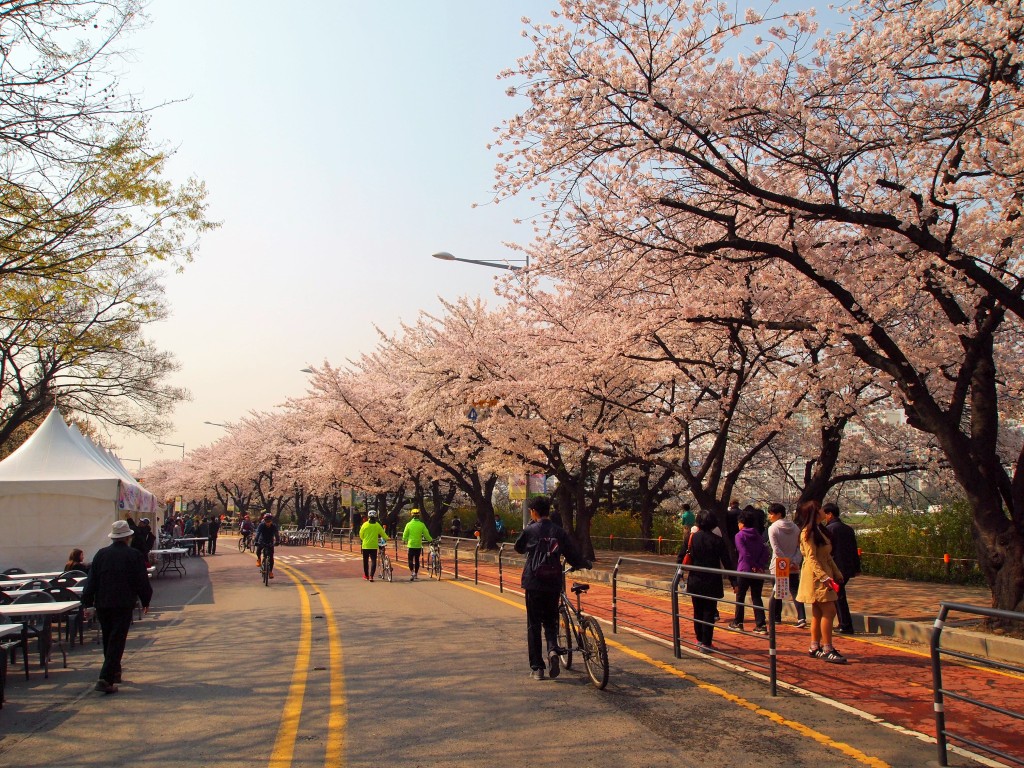 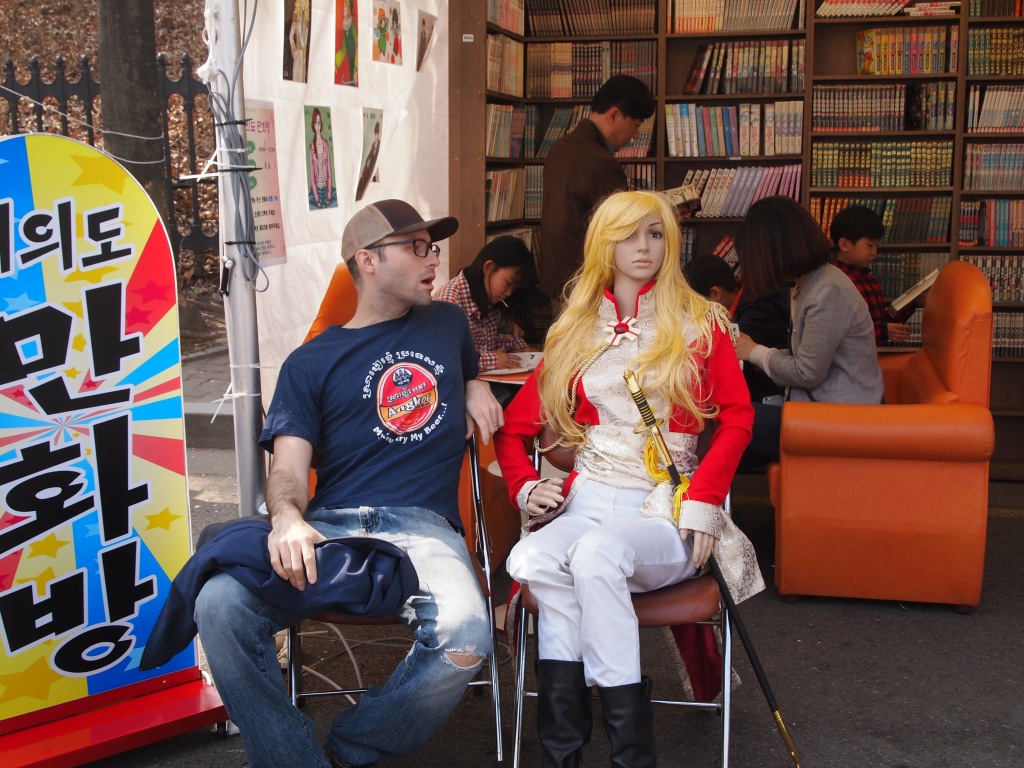 Zach chatting up a lady

The crowds started filling in as we were leaving 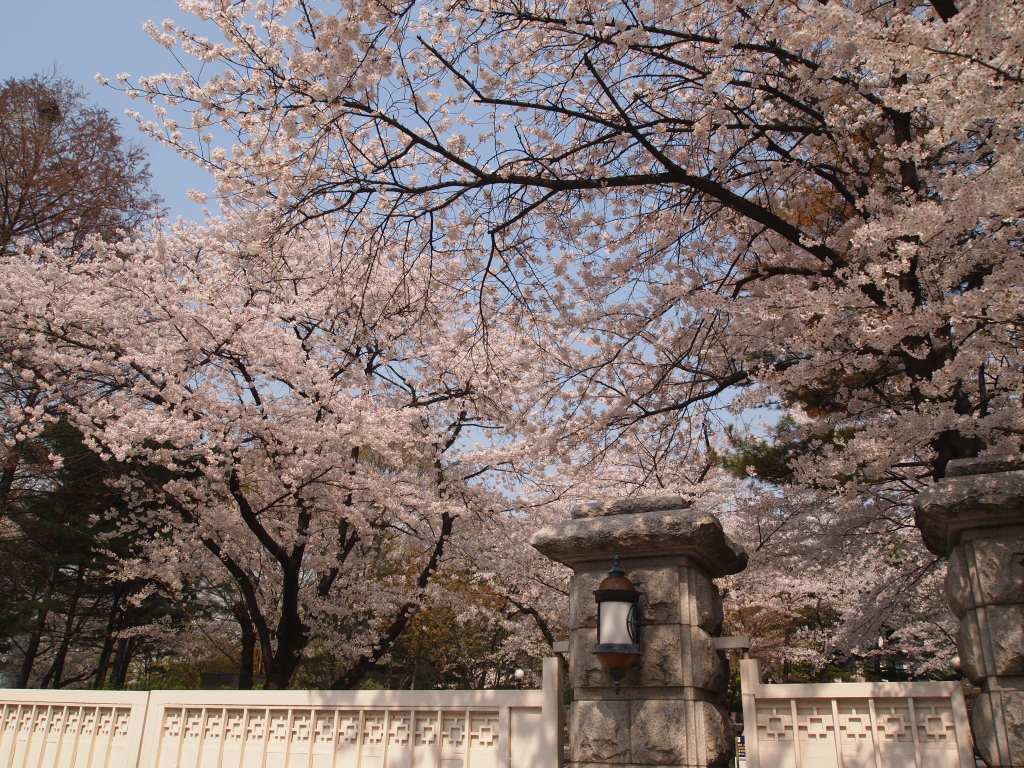