Museum of Modern History of Korea

The past two weekends we have gone out to one of our favorite places, Heyri Art Village. Although it takes us about an hour to get there via train and bus, it’s the perfect way for us to get away from the city and its mess. Heyri is becoming more commercialized than was initially intended I imagine. Even though it is supposed to be a haven for artists, it seems to be a place where people skip from cafe to cafe sipping expensive coffee. Even still, we enjoy Heyri because we can wander around in a less crowded area and meet artisans in their shops.

We wanted to visit a museum we had noticed on our previous trips, The Museum of Modern History of Korea. It has an eclectic front yard like one you might find driving down a country road in the American South. It’s brimming with paraphernalia from Korea’s modern history – 1950s and on. Zach and I are suckers for antique stores back home so this museum seemed right up our alley. 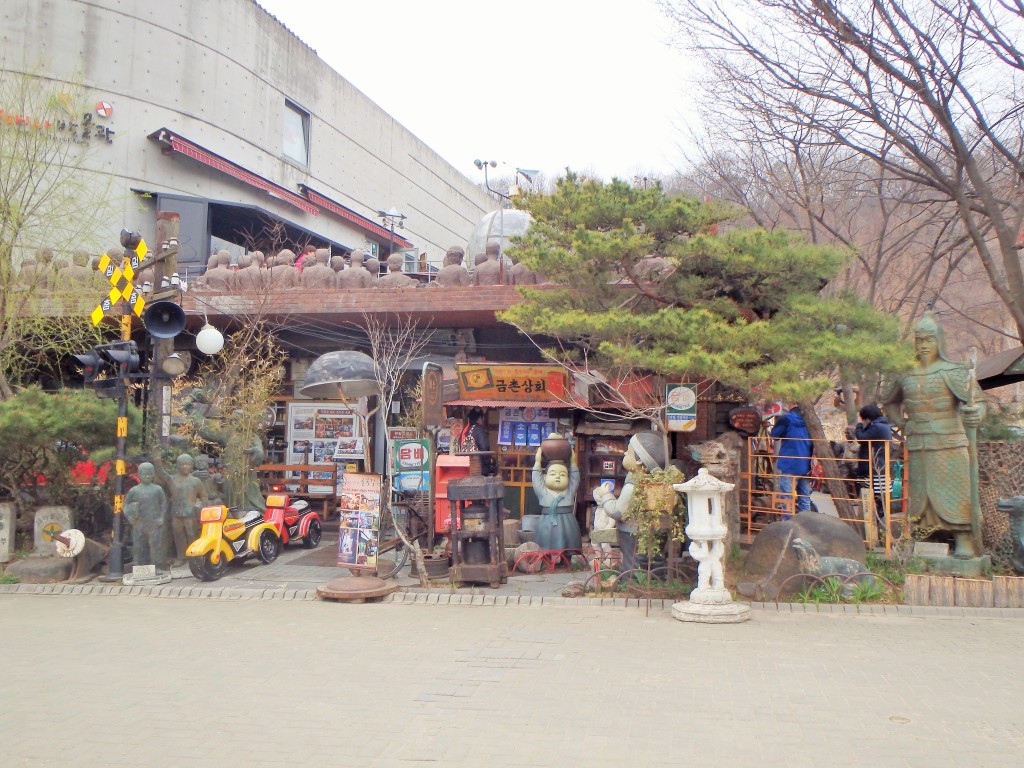 The entrance to the museum – see what I mean?

Tickets were 7,000₩ a pop but included 3 extensive floors of exhibits. It’s well worth the money. Once inside I felt like I was back in Texas admiring old junk in a musty antique store. Visitors begin at the bottom and work up to the top before turning back around to exit on the ground level. The majority of the museum is set up like a neighborhood from the 1960s. The passageways are narrow and dimly lit, and it can get a little stuffy when there are several people in one area.

Going down to the town

The passages were small and dim 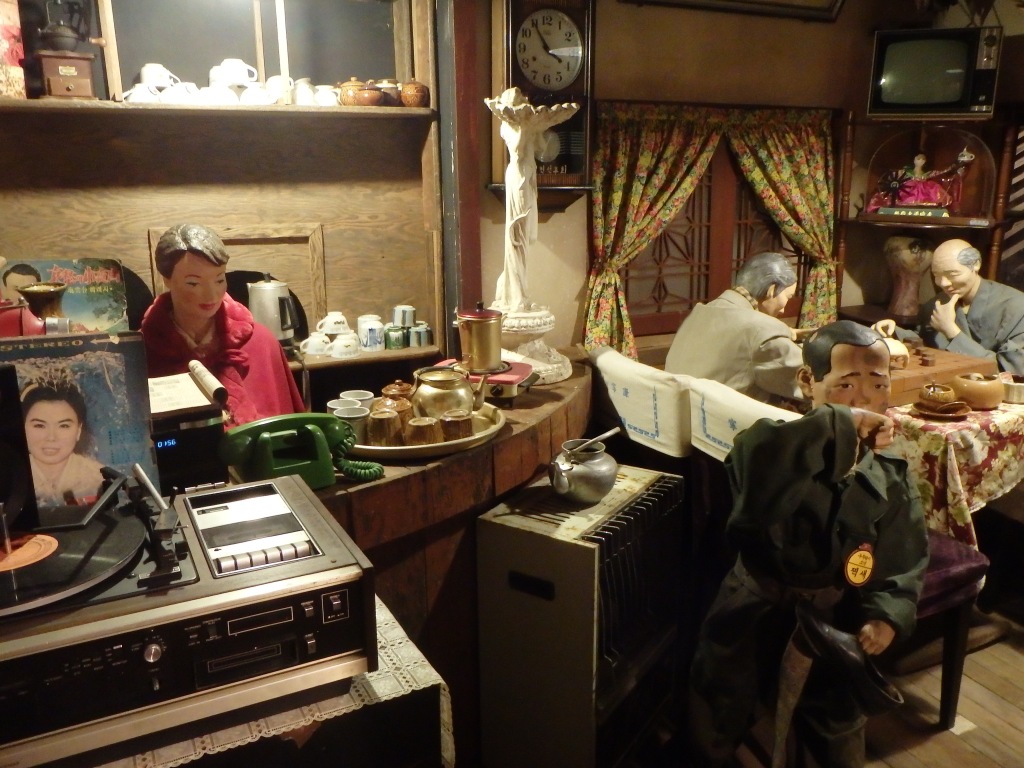 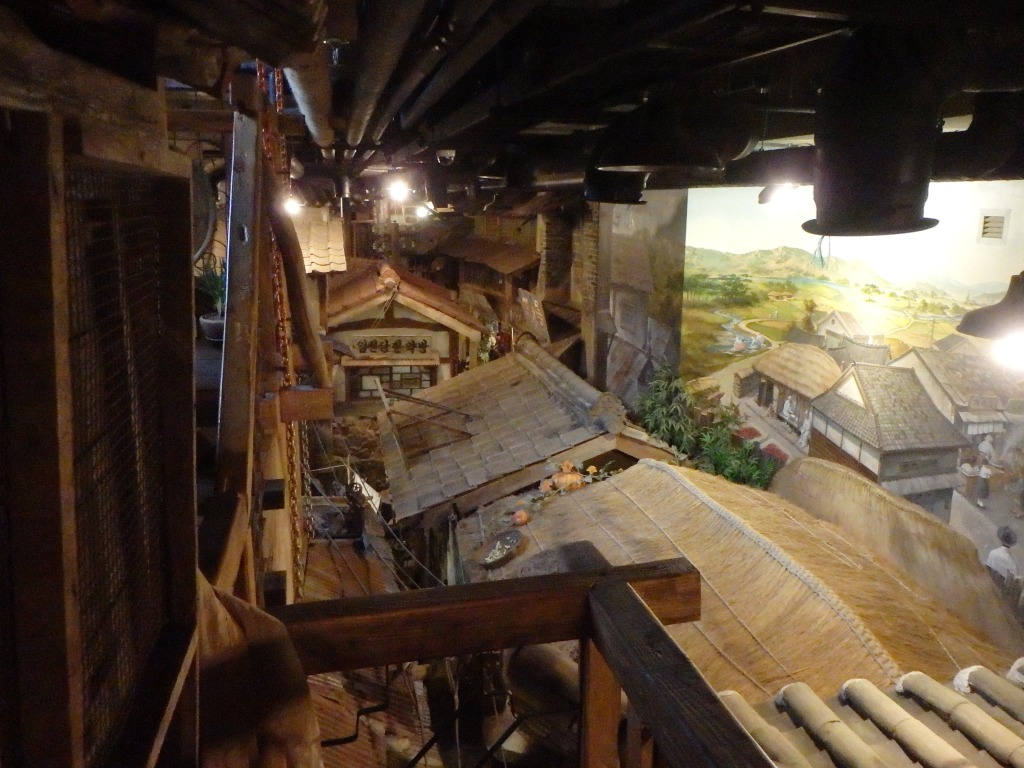 The rooftops of the village

We thought this was a strange photo…

Each scene was thoughtfully laid out and painstakingly detailed. It was a great opportunity to put images with what we knew about Seoul before rapid westernization took over. In the years following the Korean War, Korea was very different than how we’ve come to know it, and I’ve often wondered what it would have been like. The museum went all the way up to the early 2000s highlighting the 2002 World Cup Korea co-hosted with Japan and recent presidents. I was really impressed with the depth of the museum’s collection. The owner has certainly put his hoarding habits to good use. With how rapidly Korea has modernized, it’s nice to see that there is a place for its older population to reminisce and its younger population to learn. 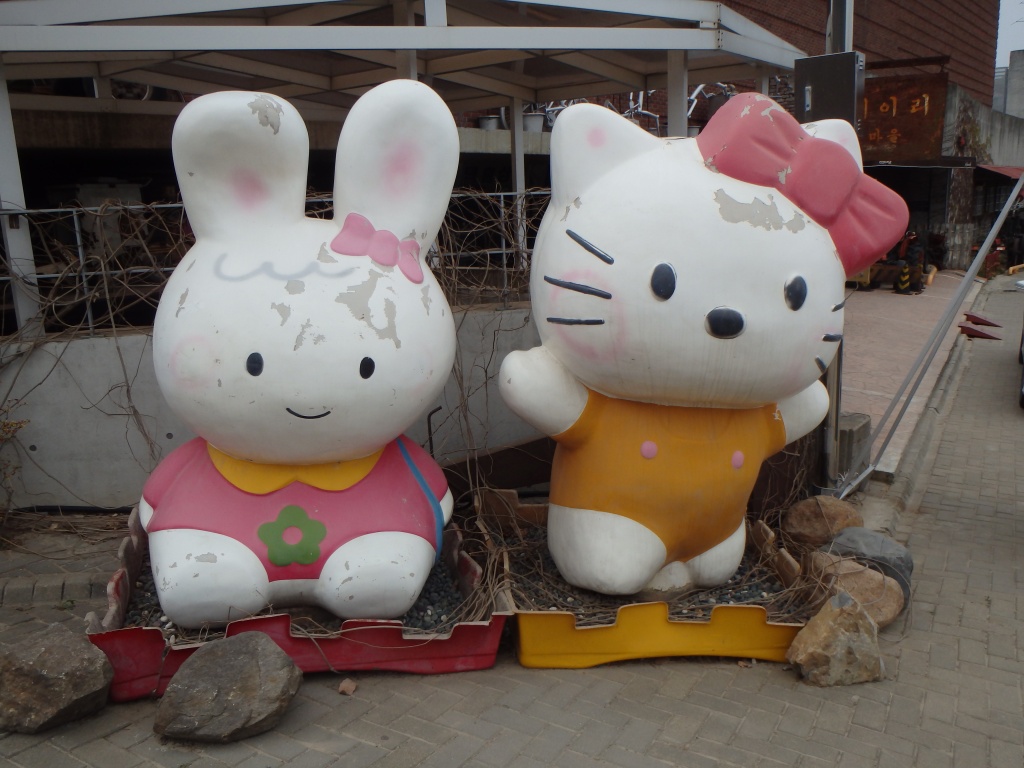 We did do a bit of shopping and reading which is always mandatory when we visit Heyri. Over the past two weekends we have tried out two different coffee shops and purchased a nutcracker and a couple coasters. (I also ended up with some handmade earrings and a clutch…) 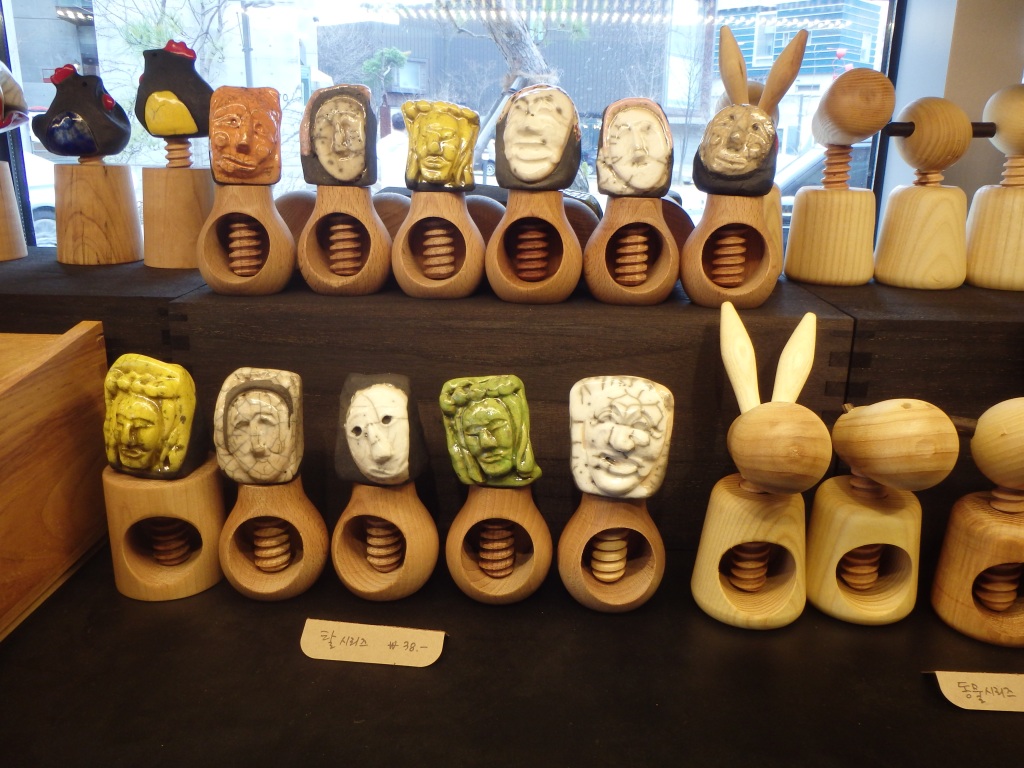 The nutcracker and pecans we bought

Tea, coffee, and Kentucky pie – bliss on a Sunday afternoon

Handmade coasters, a strawberry smoothie, and a good book

I’m sure it won’t be long before we’re back at Heyri again.