Several months ago, during a visit from a friend, we began a tour of Fort Davis. I wasn’t all that interested in seeing the Fort, but after walking around I became caught up in the history and austere beauty of the place. We weren’t able to finish our tour that day so we went back a few weeks ago to wrap it all up.

Fort Davis from the entrance

Fort Davis was established in 1854 and named for then Secretary of War, Jefferson Davis. It was intended to provide support to travelers along the San Antonio-El Paso Road since the Gold Rush had increased the road’s traffic going west. Travelers feared attacks by Kiowa, Comanche, and Apache, and the increased road traffic only drew more frequent attacks. Though Fort Davis was considered one of the largest forts on the frontier with 400 infantrymen and officers between 1855-56, they could do little to prevent attacks. With the start of the Civil War in 1861, the fort was abandoned and the Second Texas Mounted Rifles moved in. Confederates used the fort as a supply depot for General Sibley’s New Mexico Campaign until the Union recovered control of the fort in August 1862. The fort sat abandoned under Union control until June 1867. As traffic along the San Antonio-El Paso Road resumed, the fort was reestablished and moved slightly east of the canyon.

Ruins of the barracks

What the enlisted men’s barracks would have looked like

Fort Davis was similar to other western forts in that it had no walls. While the presence of soldiers kept raiding Comanches and Apaches away from the fort, it did not deter them from attacking travelers, mail outposts, and new settlements. Through 1881, the fort used scouting trips into the Big Bend region and Guadalupe Mountains to try and establish their presence in the area. The end of the Indian Wars in Texas in 1881 brought peace to the fort. Although the fort remained in use for the next ten years, its purpose had been served. In 1891, the Army decided that the fort was no longer useful and one of the largest forts in the Southwest was abandoned. 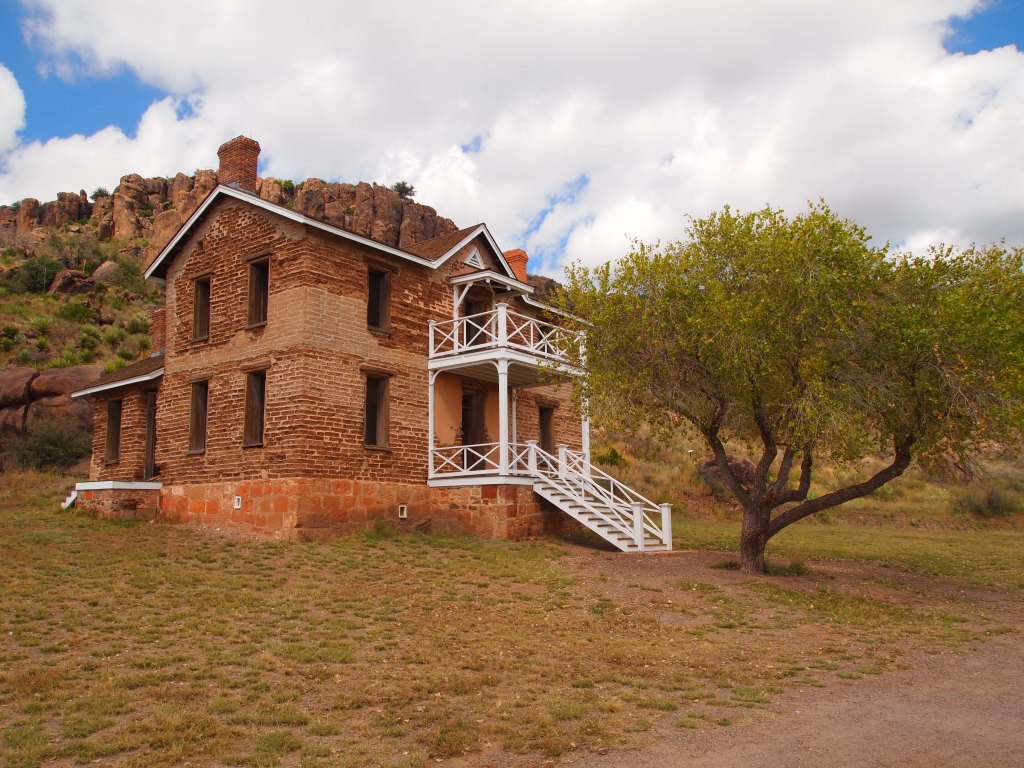 One of the best-preserved two story officers’ quarters

Only one story remains 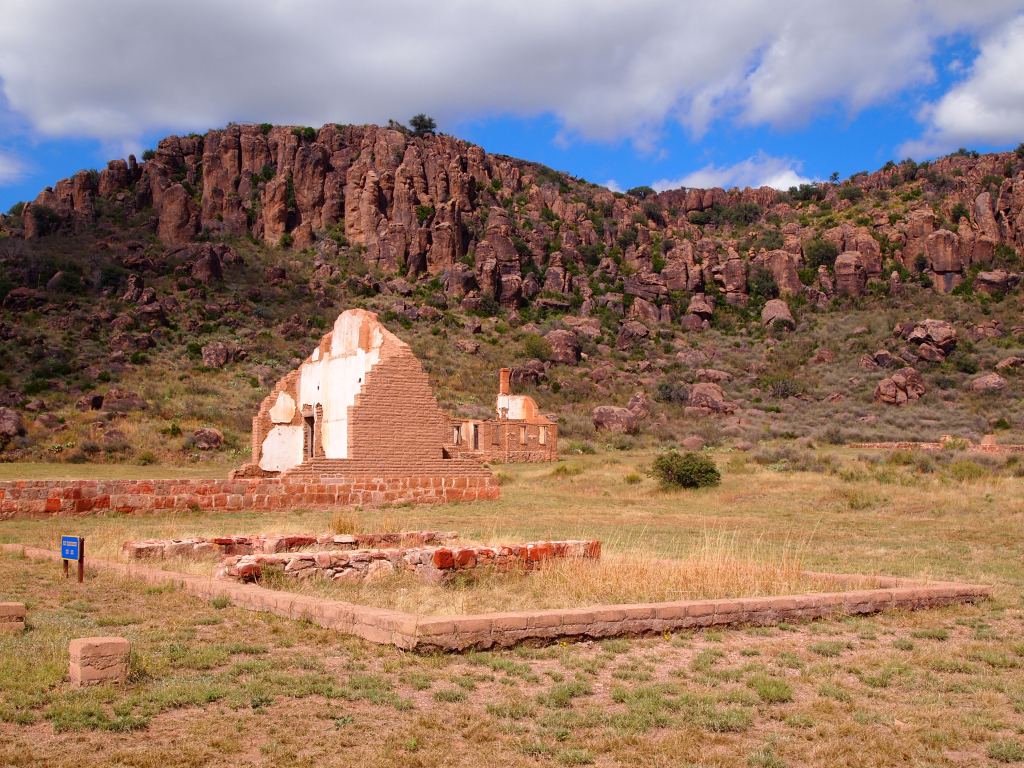 Remains of the fort 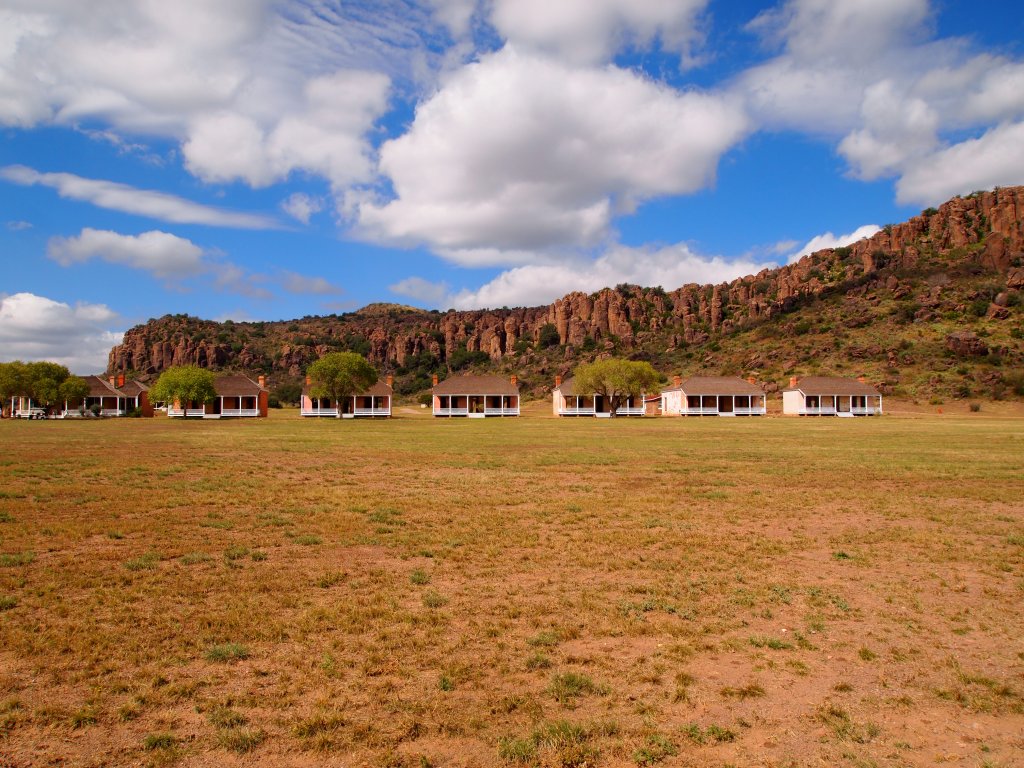 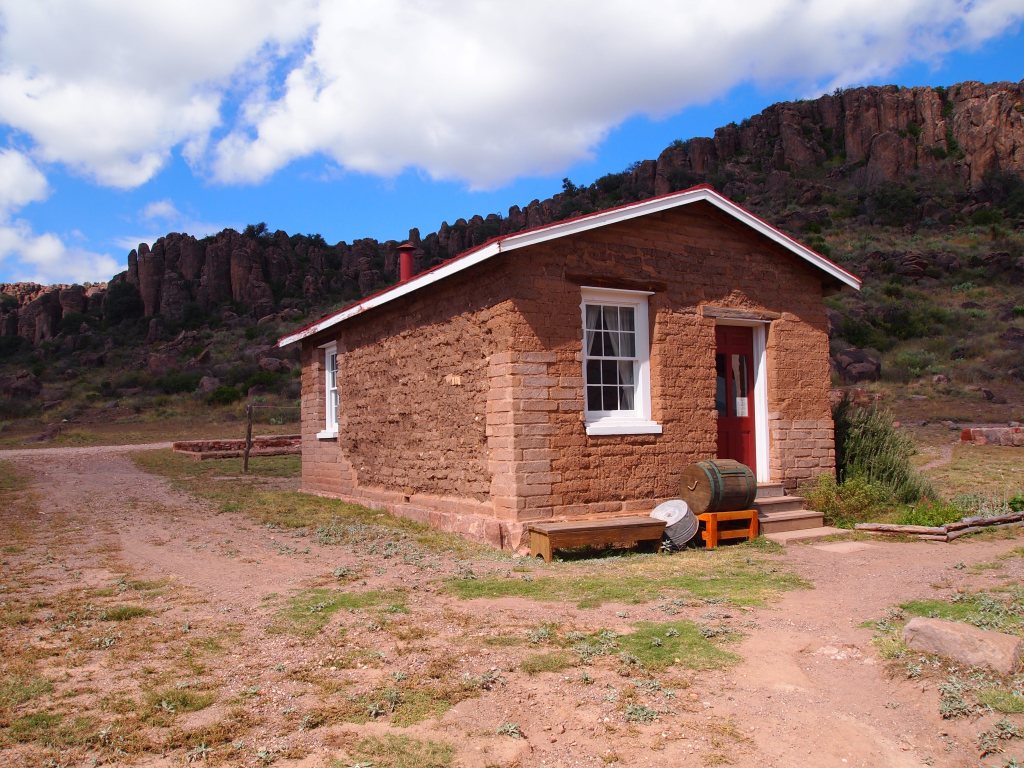 Behind the single story homes were kitchens & quarters for servants 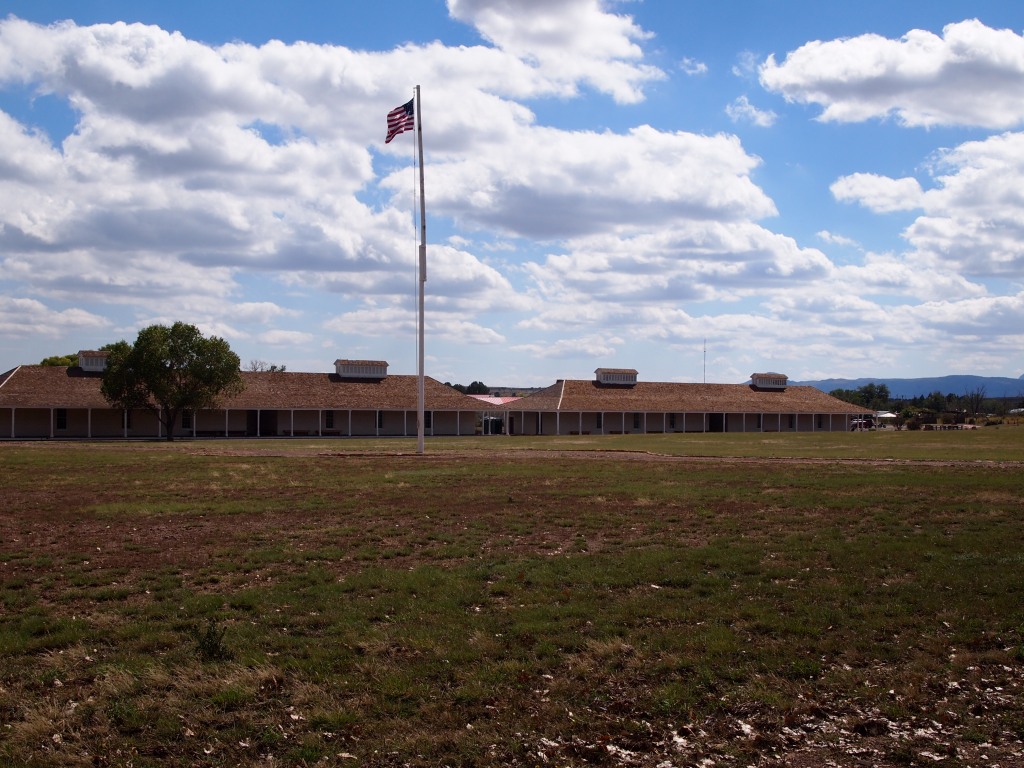 Barracks across from the officers’ quarters

Fort Davis is rich in history and a wonderful example of a western military fort. After the Civil War, the fort continued to expand and encouraged the growth of the nearby town of Fort Davis. Before it was abandoned in 1891, the fort had a telegraph, gas lighting, running water, and even an ice machine. Fort Davis was also home to several units of the first African American soldiers. Units of the the 9th & 10th Calvary as well as units of the 24th & 25th Infantry all spent time at Fort Davis. 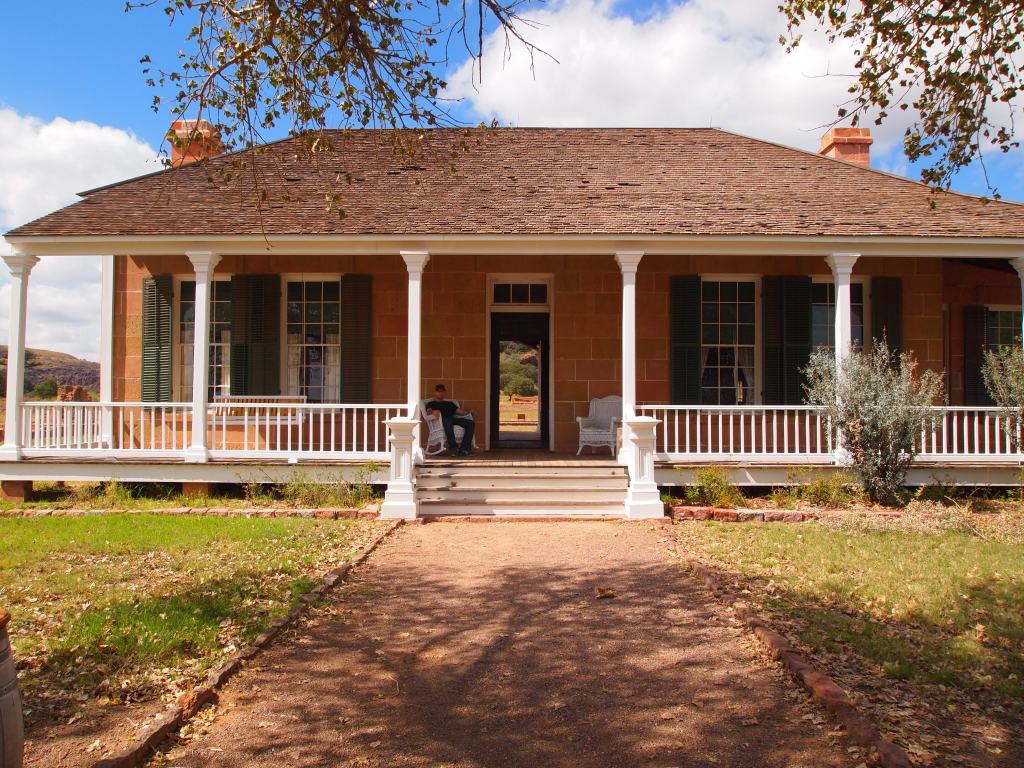 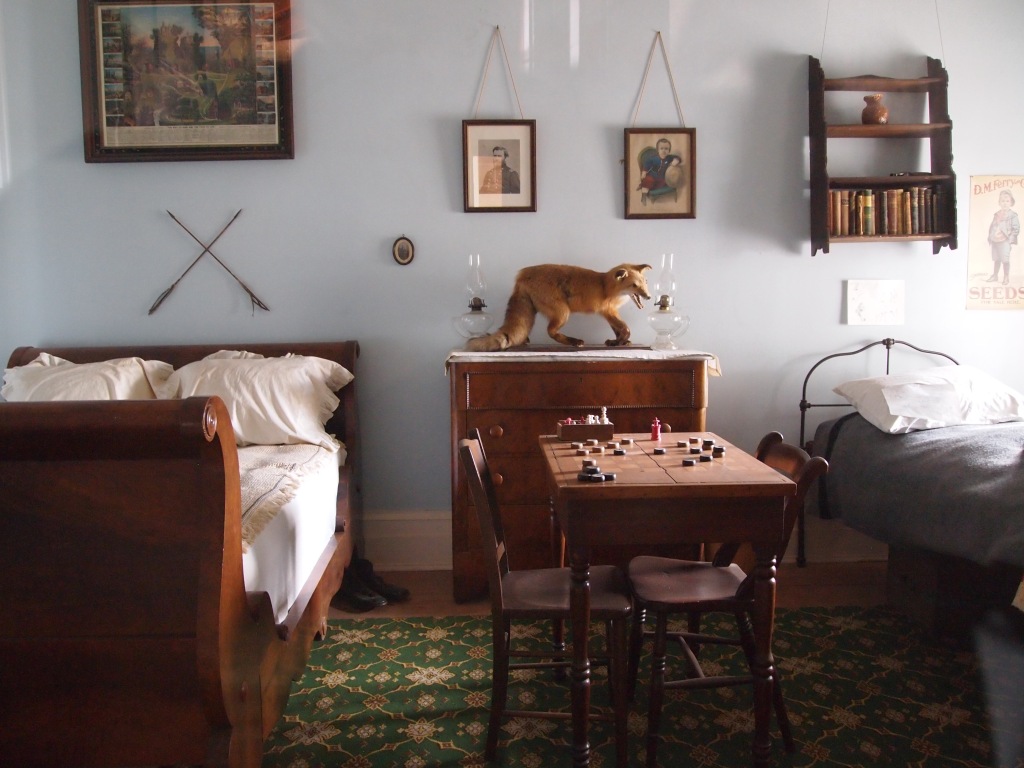 One of the quirkiest things about Fort Davis is the US Army’s experiment with camels in the late 1850s. The Army was interested in possibly replacing mules with camels, so in 1857, twenty-five camels from the Middle East arrived at Fort Davis on an expedition to Arizona. Other tests were conducted in the next few years and found that the camels performed well. They could carry more weight than mules and didn’t need as much water or food. However, they weren’t quite suited to the Southwestern desert. Sharp rocks cut their soft-padded feet and horses were terrified of them. The experiment was deemed highly successful, but the beginning of the Civil War overshadowed its achievement.

At the end of our visit we decided to hike up the short trail to the overlook for an aerial view of Fort Davis. It was definitely worth it and gave us a great perspective of how remote the fort would have looked back in its heyday. Fort Davis is a must-stop spot in West Texas. 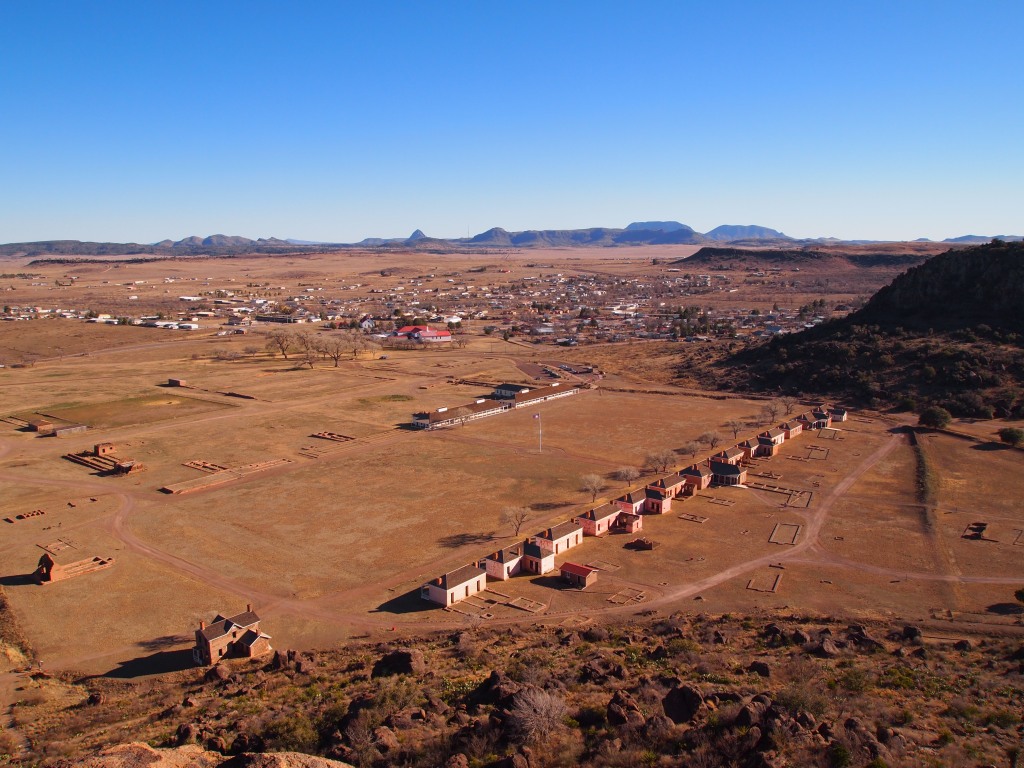 Our view from the overlook