It took me a while to get this one done. Between work and Truman’s latest disc episode, I’ve been preoccupied and I vacillated between writing about our trip or leaving it off the blog altogether. Ultimately, I decided to get it out there – so here goes.

In the middle of October the University of Utah has a fall break. The university was not closed so I still had to work, but I decided to take advantage of the slower pace and take Friday off so that we could get away for an extended weekend. We chose the Teton Valley as our destination, and even though the forecast wasn’t great – rain all three days – we decided to just enjoy being out of town. I booked a dog-friendly cabin-room in Driggs, Idaho, as our home away from home and we left Friday morning with Truman travelling in his crate.

Road trippin’ with a new perspective

By the time we arrived, although it wasn’t raining, the clouds had moved in and blocked most of our view of the valley and mountains. We checked into our cabin, settled in, and then went to nearby Victor for beers at Wildlife Brewing and later back into Driggs for an incredible dinner at Teton Thai. 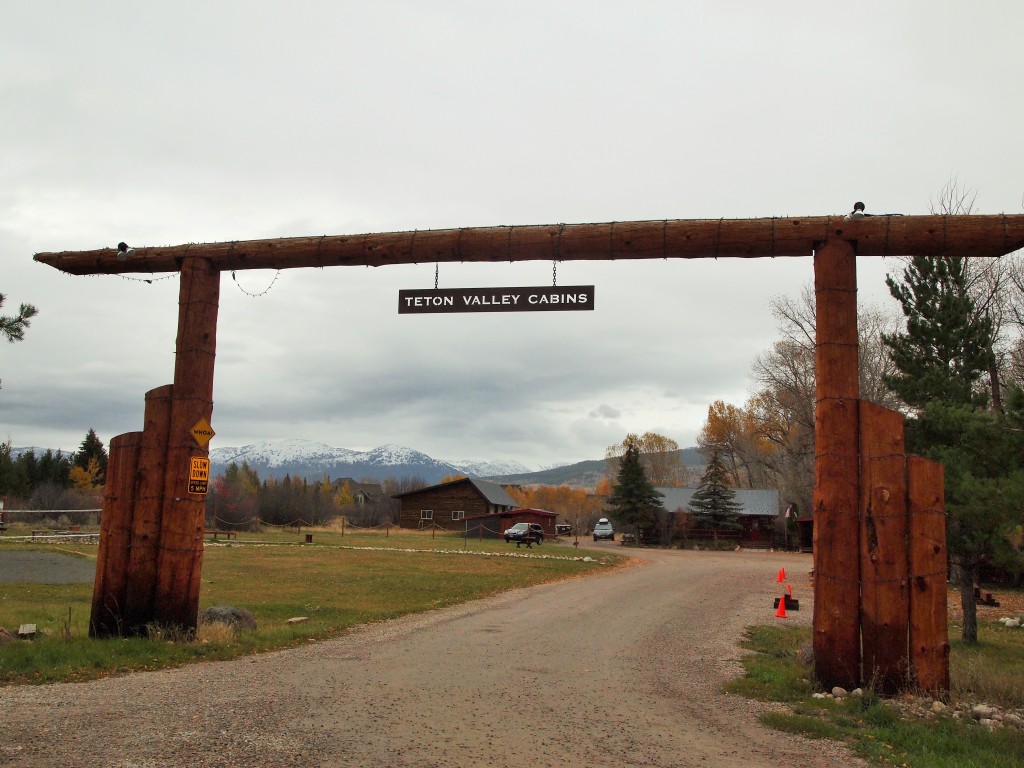 Our room was the first in this row of three

On Saturday we decided to drive over the pass into Jackson, Wyoming, and potentially into Grand Teton National Park. However, the weather was not in our favor. Although the rain was slight, the clouds blanketed the mountains erasing any kind of view. So we spent the morning and early afternoon in downtown Jackson visiting the historical museum, shopping/browsing around the Square, and having lunch at Snake River Brewing Company.

It was snowing at the top of the pass

Zach was not dressed for snow 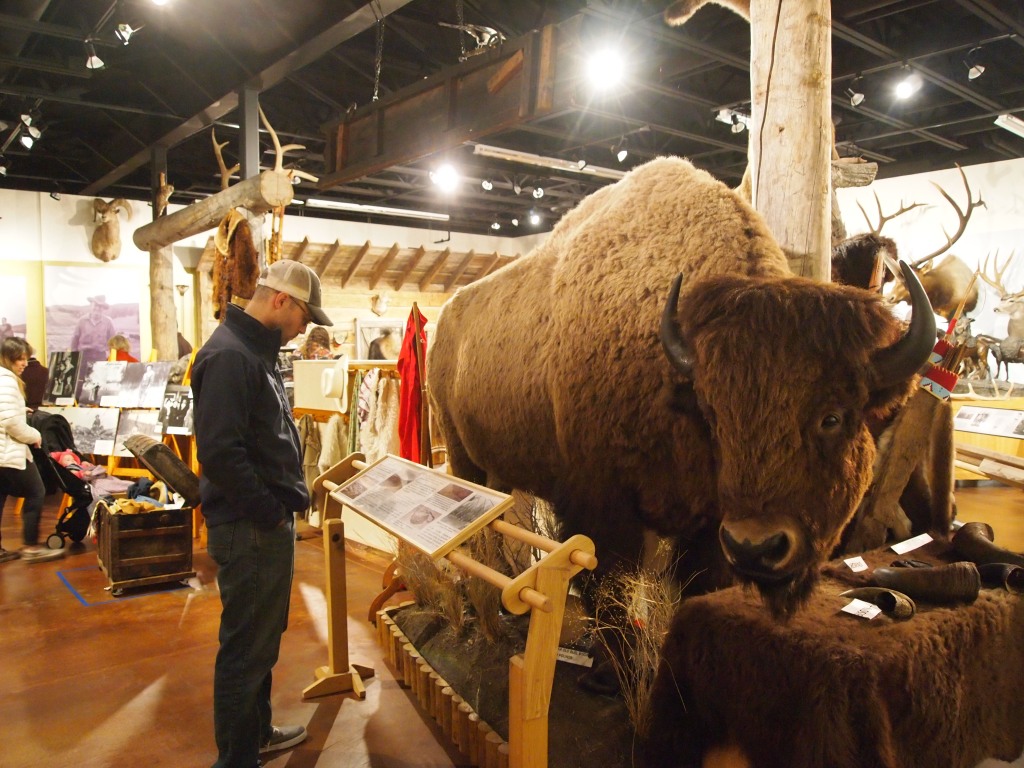 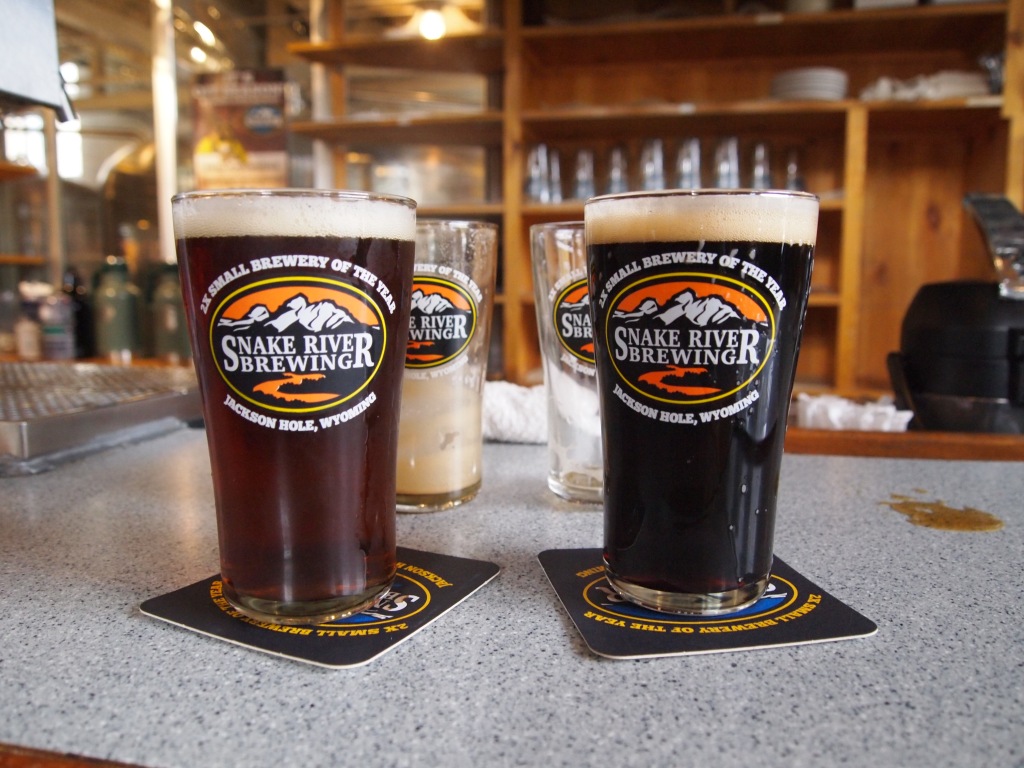 I truly regret not filling a growler with Pumpkenbush…

We ventured back to Driggs for the afternoon to check in on Truman and were greeted with clearer skis on the other side of the range. In the evening we visited another brewery in the area, Grand Teton Brewing, and had dinner at a great burger joint, The Brakeman American Grill.

Clearer views on our way back to Idaho

At Brakeman’s for a burger and a Bitch Creek

On Sunday we woke up to a gorgeous clear sky. Unfortunately for us it was time to head back to Salt Lake. We packed up the car and decided to take the scenic route instead of the Interstate. We drove over the Teton Pass once more, this time with clear views over the Jackson Hole Valley, then followed the Snake River south of Jackson to Alpine, drove along the Wyoming/Idaho border until we crossed back into Idaho, and finally drove south alongside Bear Lake into Utah. Our drive took us through three National Forests – Caribou-Targhee, Bridger, Cache – and was absolutely gorgeous. It was definitely worth the extra travel time. Plus, we would have never seen the World’s Largest Elkhorn Arch – crossed that off the bucket list.

Judging by the photos, it may seem as though our entire trip was a beer pilgrimage, but that was only a fringe benefit. We truly enjoyed our time away from SLC and the chance to explore a new region even if it wasn’t in the best weather. We’ll be back Teton Valley – get ready. 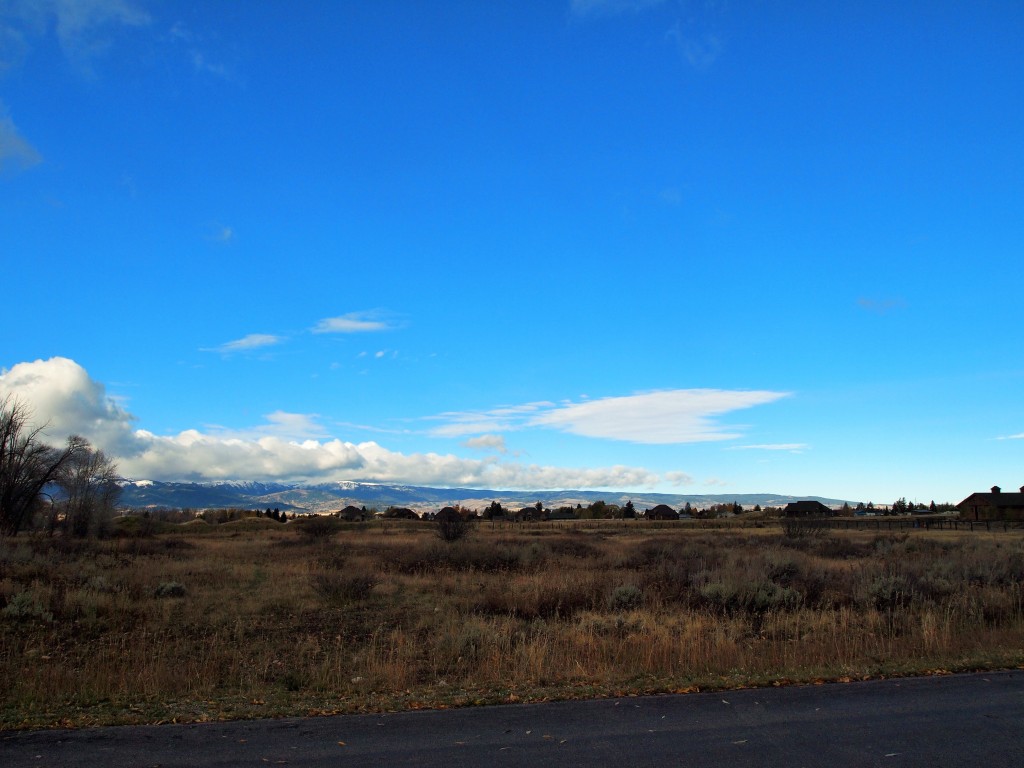 We had a view at the top of the pass this time! 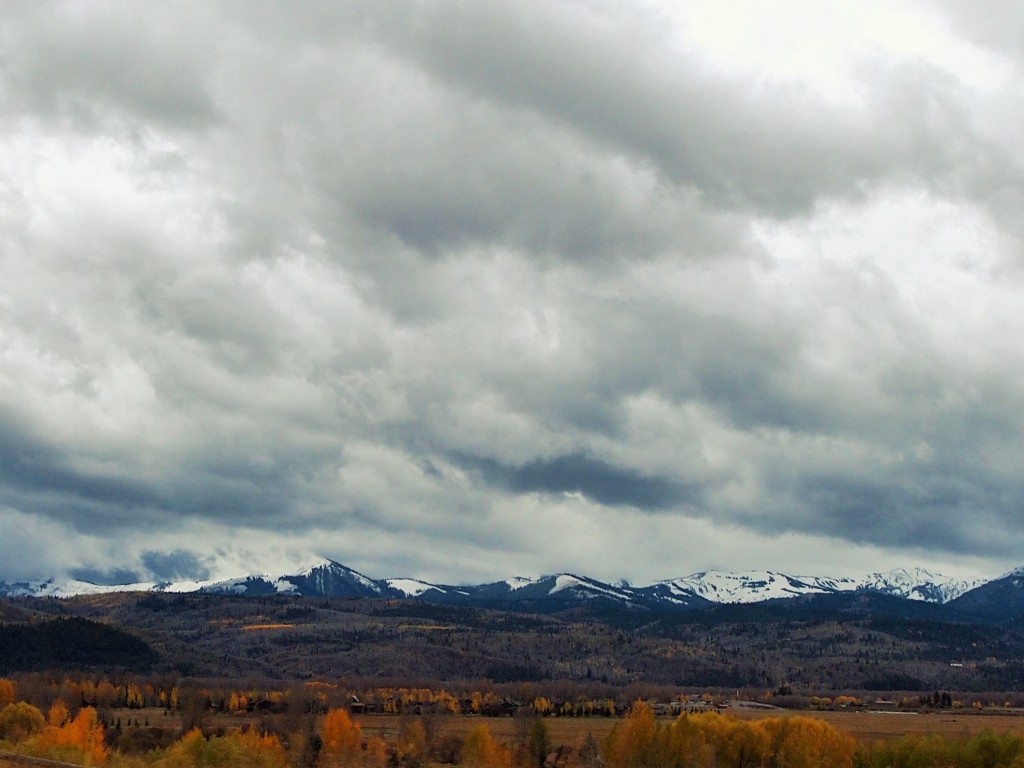 Nice scenery outside of Jackson

Driving alongside the Snake River 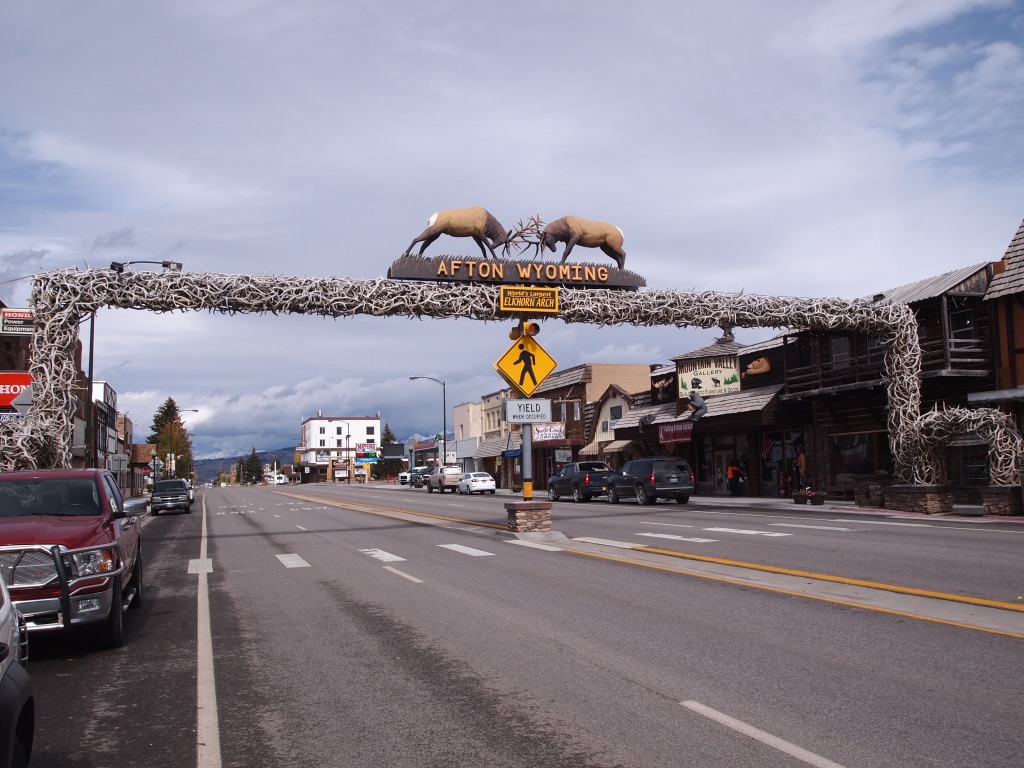 The largest elkhorn arch in the world…

Our best view of Bear Lake before more rain