For my final day in Macau, I had an ambitious agenda. There were still several places I wanted to check off my list plus we had a Macao Orchestra concert to attend in the evening and dinner reservations at Macau Soul. Needless to say, we got an early start.

Our first stop was A-Ma Temple. Though I was a little tired of temples (and churches) at this point, I’m so glad we made the trek to A-Ma Temple. On the waterfront next to the Maritime Museum, A-Ma Temple is an incredible layer of pavilions built into the hillside. Macau’s oldest temple, it was established well before the Portuguese arrived, though in its present state it dates back to the early 19th century. The temple is dedicated to A-Ma, or Tin Hou, the goddess of seafarers. Preparations for the A-Ma Festival (on April 19th this year) had already begun as evidenced by the large bamboo tent, colorful banners and ribbons, and the decorated entrance. The temple was one of the few places we saw a large crowd in the morning. Oddly enough, I was even asked to pose with a Chinese couple for several photographs. I’m not sure who they thought I was… but Zach and I got a real kick out of it!

The entrance was a little more festive than usual 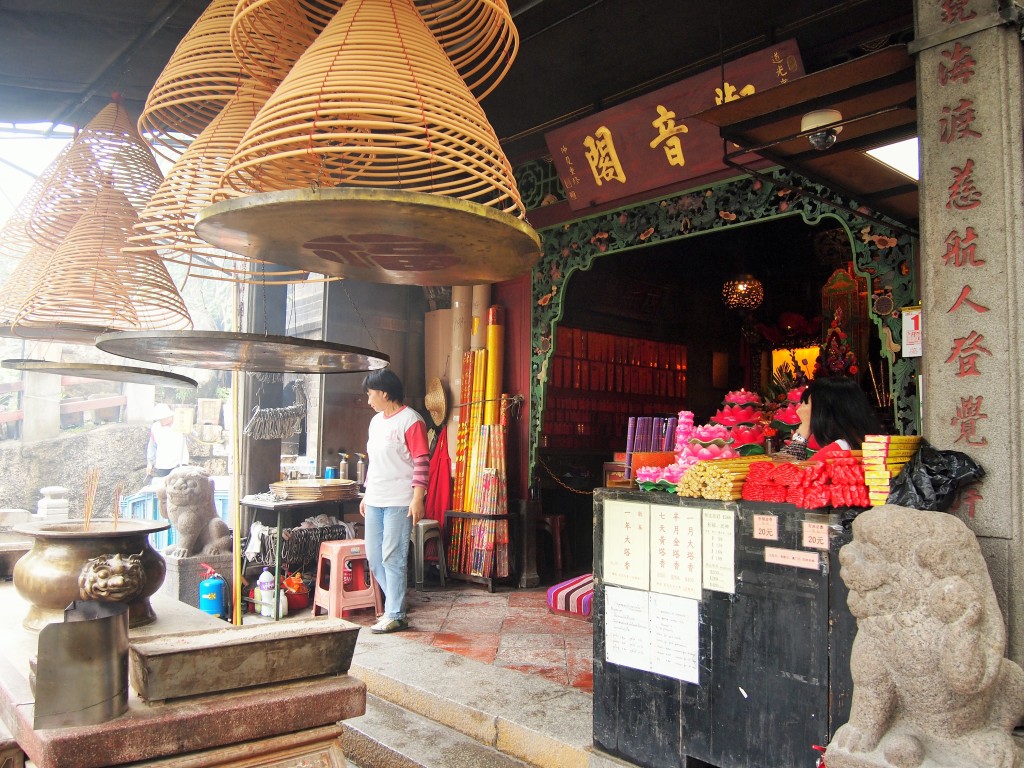 Love these – would it bother my neighbors if I burned that much incense?

For a small price, visitors can purchase an ornament to write a message of prayer or thanks

From A-Ma Temple, our objective was to walk back uphill to Largo de Senado stopping at various places along the way. Our first stop was the Moorish Barracks (Quartel dos Mouros). The building was constructed in 1874 by an Italian architect to house an Indian regiment from Goa, another of Portugal’s colonies. At the time of its construction, the building’s high stance above the street allowed soldiers a clear view of the riverside below. The structure is now used by the Harbor Authority and wasn’t open when we passed by, but was gorgeously lit by the soft morning light.

Moorish Barracks rise above the street 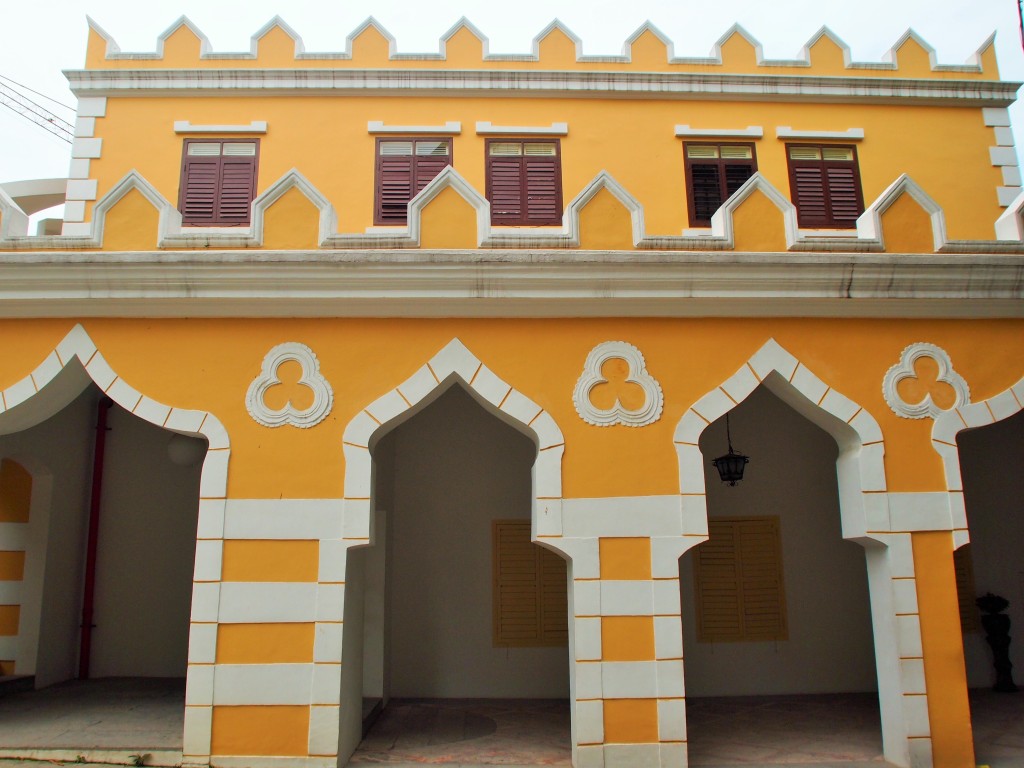 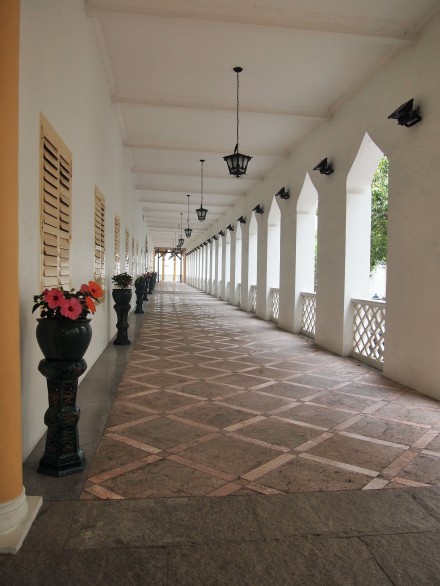 From the barracks we made a bit of an uphill slog to the Chapel of Our Lady of Penha which overlooks Sai Van and Nam Van Lakes, Macau Tower, and southeastern Macau. The chapel, built in 1622, once served as a place of pilgrimage for sailors about to undertake a dangerous journey. The chapel had a lovely vantage point over the peninsula and offered us a shady respite from the humidity of the day. 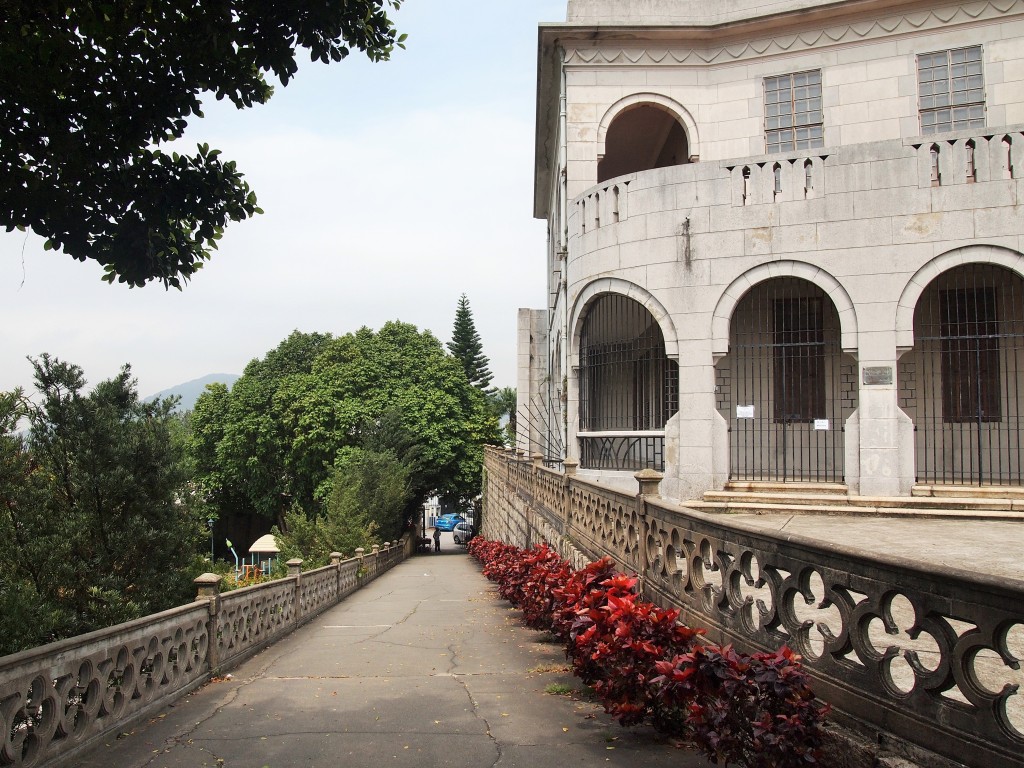 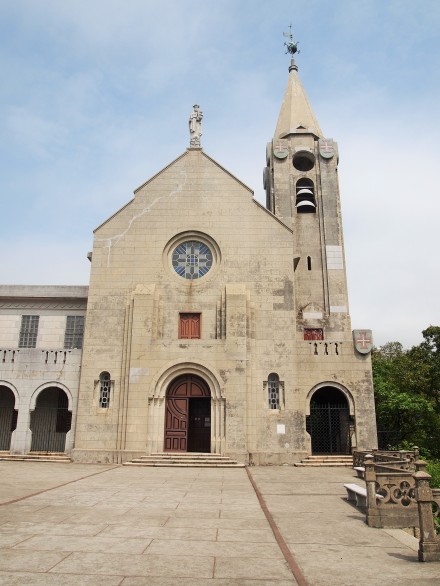 Chapel of Our Lady of Penha

Back down Bishop’s Hill, we passed through Lilau Square, the heart of one of the first Portuguese residential areas in Macau. Across from the square, with an incredibly unassuming front, is Mandarin’s House. Mandarin’s House was so unexpectedly astounding that it became one of my favorite sites in Macau. Built as early as 1869, it was the family home of Zheng Guanying, a Chinese cultural figure during the latter half of the Qing Dynasty. Famous for his work, Shengshi Weiyan (Words of Warning in Times of Prosperity), Zheng Guanying is credited with influencing Emperor Guangxu, Sun Yat-sen, and Mao Zedong with his writing. The home was constructed by his father and incorporated a fusion of Chinese and Western architectural elements. The house occupies a large area (roughly 43,000 sq. ft.) and has more than 60 rooms, the largest of Macau’s residential compounds in existence. Although the house fell into disrepair over the years, an extensive renovation in the early 2000s has restored the home to its former glory. 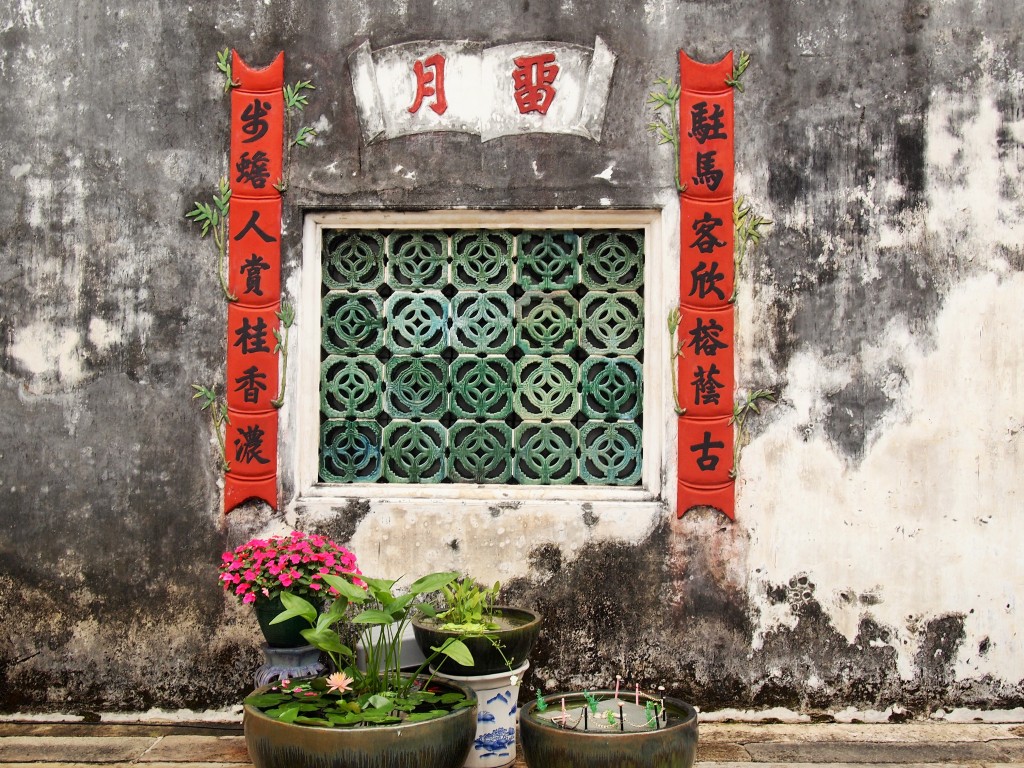 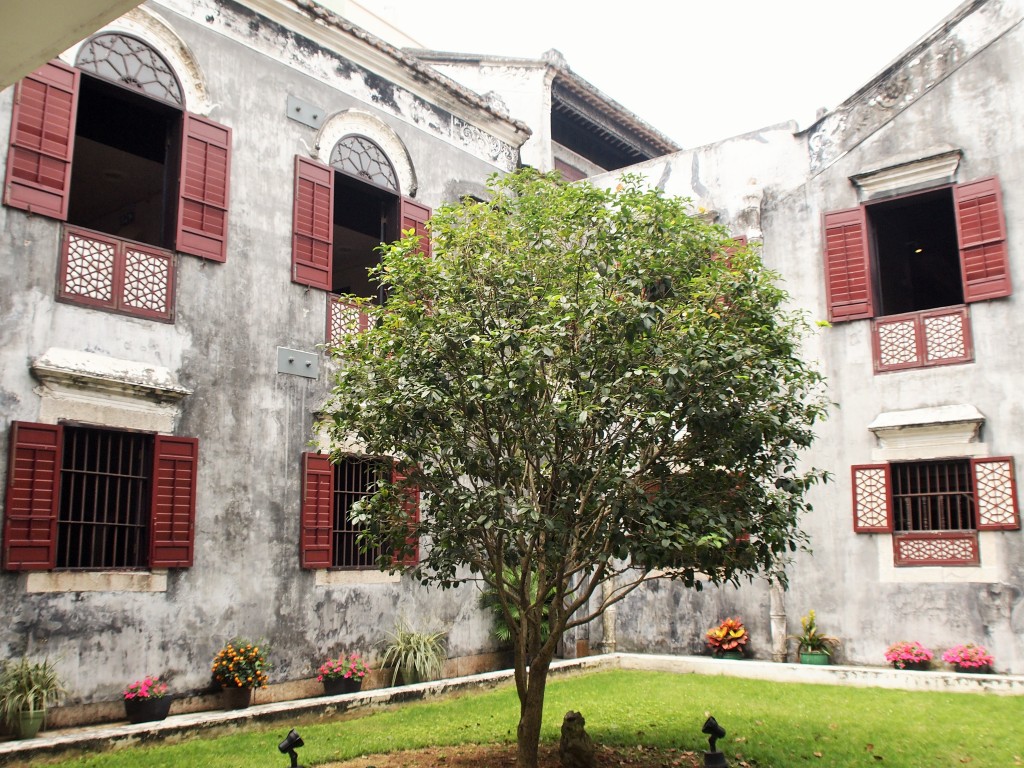 Just up the street from Mandarin’s House, we walked into what we thought was a hip coffee shop but was actually a small cafe, Pedro. We ended up having a bite there before continuing on to Dom Pedro V Theatre. The theatre was constructed in 1860 as the first Western-style theatre in Macau. It can accommodate 300 guests and felt incredibly small by today’s standards. 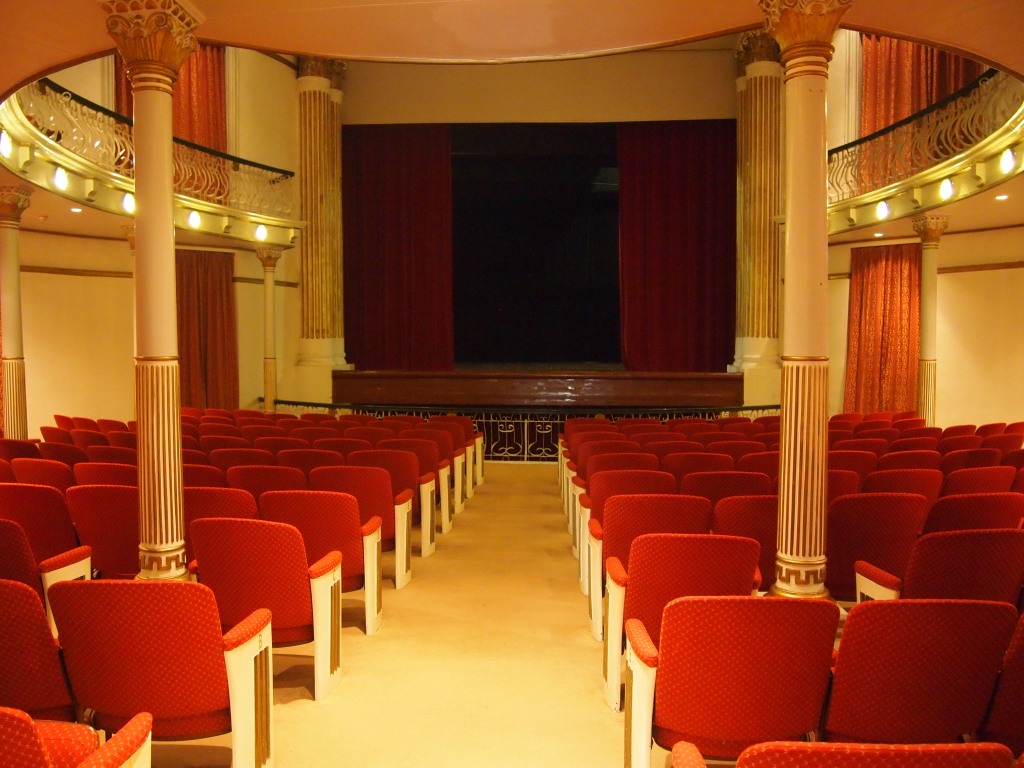 From Dom Pedro V Theatre, we made our way over to Largo do Senado, up to the Ruins of St. Paul’s, and past the fort toward Jardim Lou Lim Ieoc. Along the way we stumbled upon Calcada de Igreja do São Lazaro, the street leading up to St. Lazarus Church (Igreja do São Lazaro). It was a vibrant yellow surprise! The pedestrian lane is lined with Portuguese architecture and a couple stores and restaurants. With a little more work, I think it could become a destination for tourists looking to experience local arts and food.

We were getting a little warm at this point and we knew that another Beer Temple location was nearby. Thankfully we found it after a little search! It was a much-needed cool down. 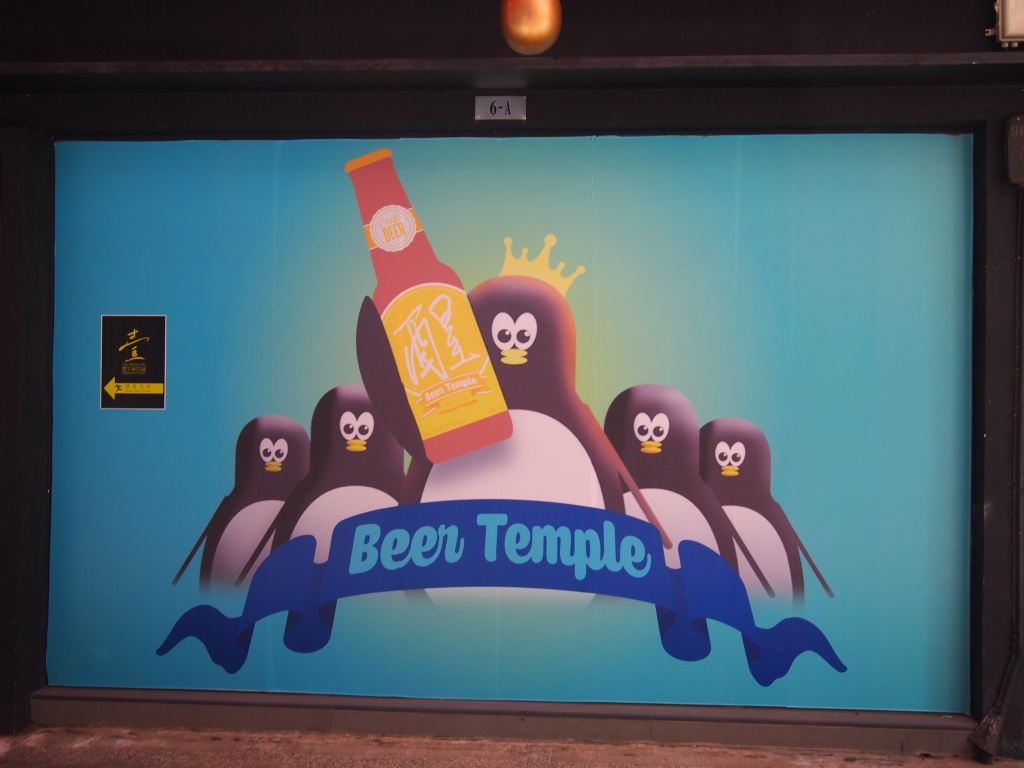 We got a little off course and ended up at Vasco de Gama Garden briefly before finding our way to Jardim Lou Lim Ieoc at last. An nice oasis on a humid day, the garden was built by Lou Kau (of Lou Kau Mansion) and inherited by his son, Lou Lim Ieoc. Made to emulate the classical Chinese gardens in Suzhou, it is the only garden of its kind in Macau. Surrounded by a wall, the garden manages to feel much larger than it is with a carp pond in the center and walking paths around the exterior. Glimpses of the city outside the garden betray the feeling of complete isolation. The bright yellow pavilion in the center of the garden houses art exhibitions; during our visit the focus was on two local painters who are also sisters.

Vasco de Gama and his legacy 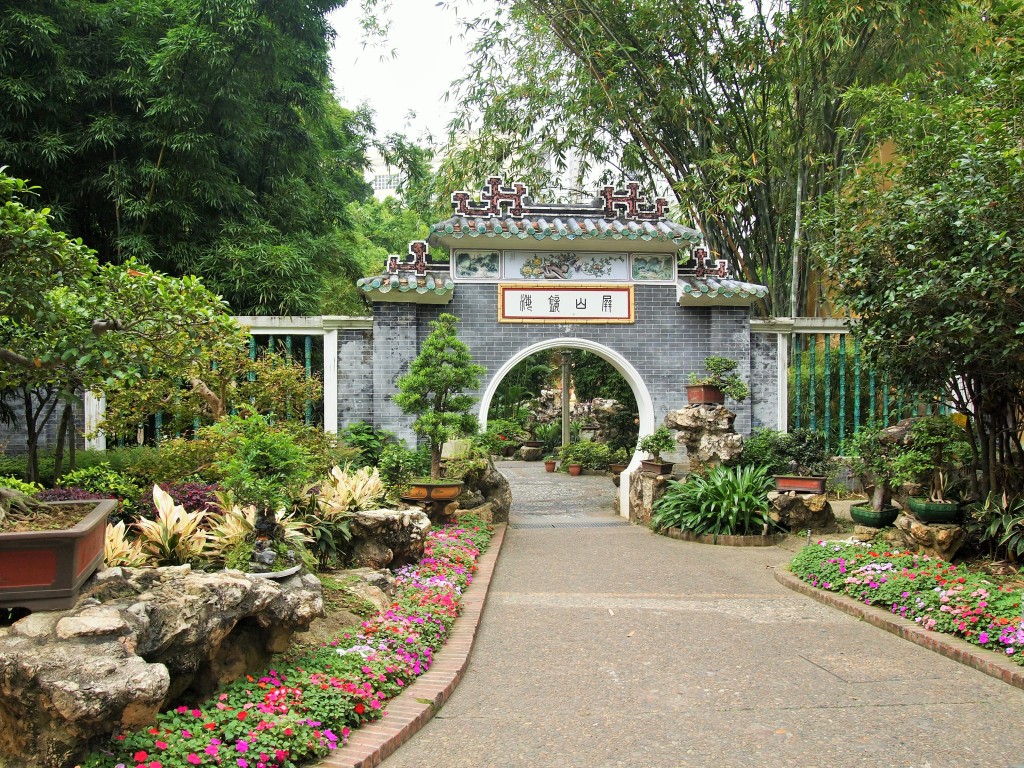 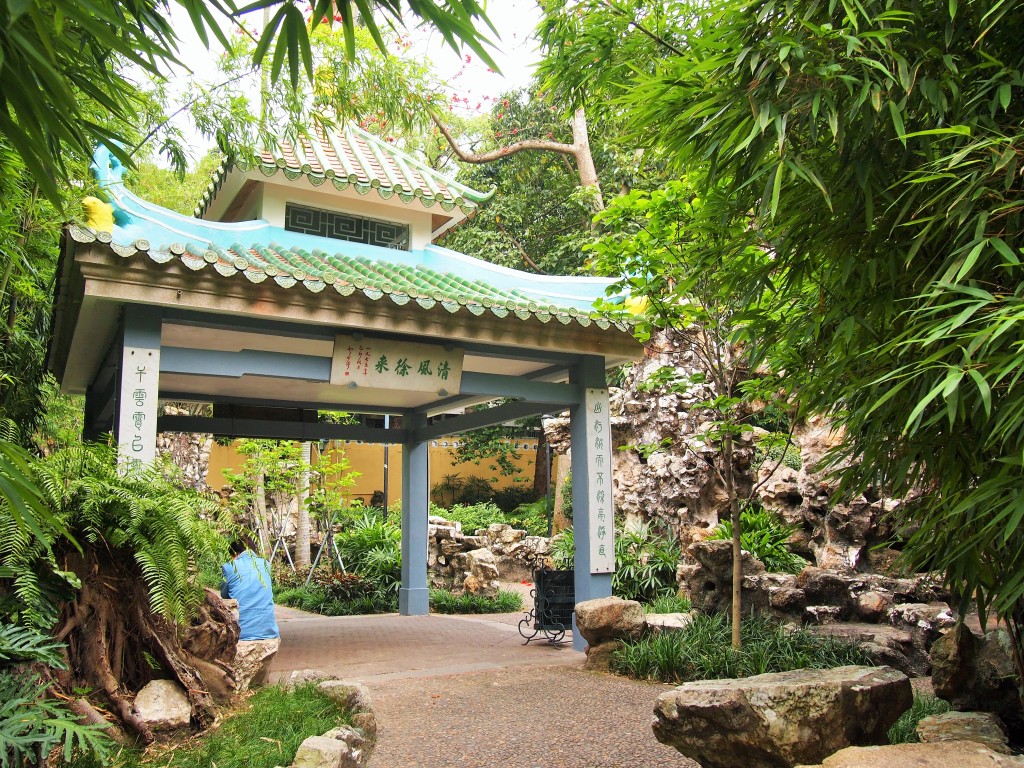 The garden concluded our outing for the day as we were both tired and wanted to rest before the concert. The Macao Orchestra concert was at St. Dominic’s in the heart of the historic centre. It was a gorgeous setting for a concert and our first concert in a cathedral. Afterward we had reservations at Macau Soul, a fabulous wine lounge below the ruins, where we indulged in a bottle of Portuguese wine and some spicy salami, among other munchies, and great conversation. It was the perfect ending to my time in Macau.

The next morning I woke up rather early and walked to the ferry terminal next to our hotel, boarded the ferry to the Hong Kong airport, and flew back to Utah. Zach had one more day in Macau, and he was able to see some of the spots we couldn’t squeeze in together – Guia Hill and the Red Market.

Here are some final images of Macau: 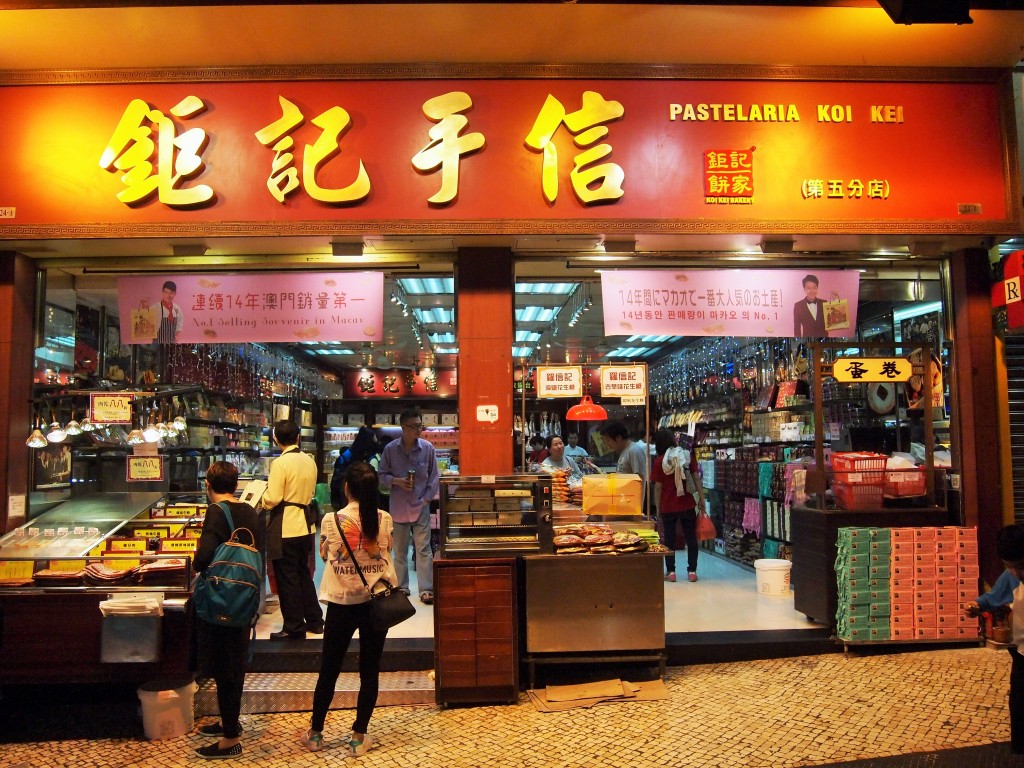 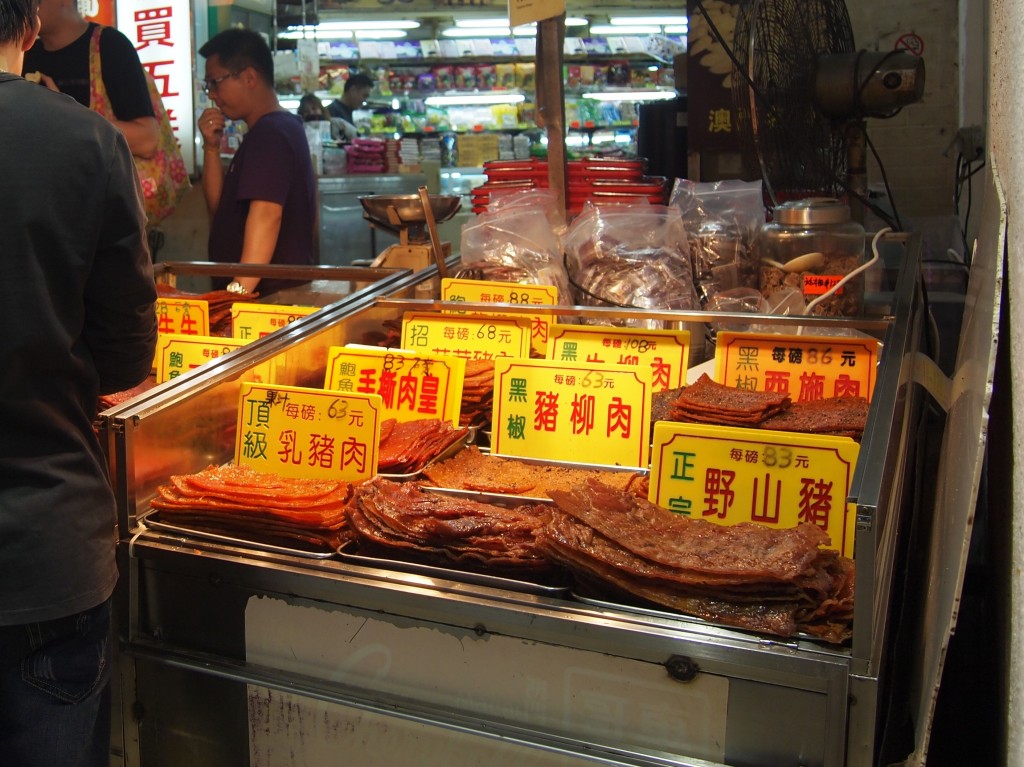 Some fun street art – pick up your dog poop!