It’s a goal of ours to go out to the Uinta Mountains more often this summer. (We only went once last year.) We thought what better way to celebrate the 4th of July than by taking advantage of the incredible public lands in our backyard. We had a Texan visitor in town, Jenny, and she was game for a decent day hike. I ended up choosing Lofty Lake Loop, a 4 mile loop hike near Bald Mountain.

We didn’t get an early start and stopped at the Whole Foods in Kimball Junction to grab some snacks on the way so we didn’t start until close to 12:30pm. But it didn’t really matter. A 100 degree day in the Salt Lake Valley meant a cool 65 degrees at the trailhead. From the Pass Lake Trailhead, hikers can choose to go clockwise toward Kamas Lake or counter-clockwise toward Scout Lake. We went counter-clockwise and in hind sight I think this was the right decision. The bulk of the climbing is in the first 1.5 miles as the trail passes Picturesque Lake, Scout Lake, and then ascends to the saddle between Scout and Lofty Peaks. There was still a decent amount of snow on top of the saddle and we lost the trail for a bit before finding it again though it wasn’t necessary to use it. On the other side of the saddle we could easily see the trail following the edge of Lofty Lake below.

Zach and Jenny on the way to Scout Lake

Hayden Peak in the distance 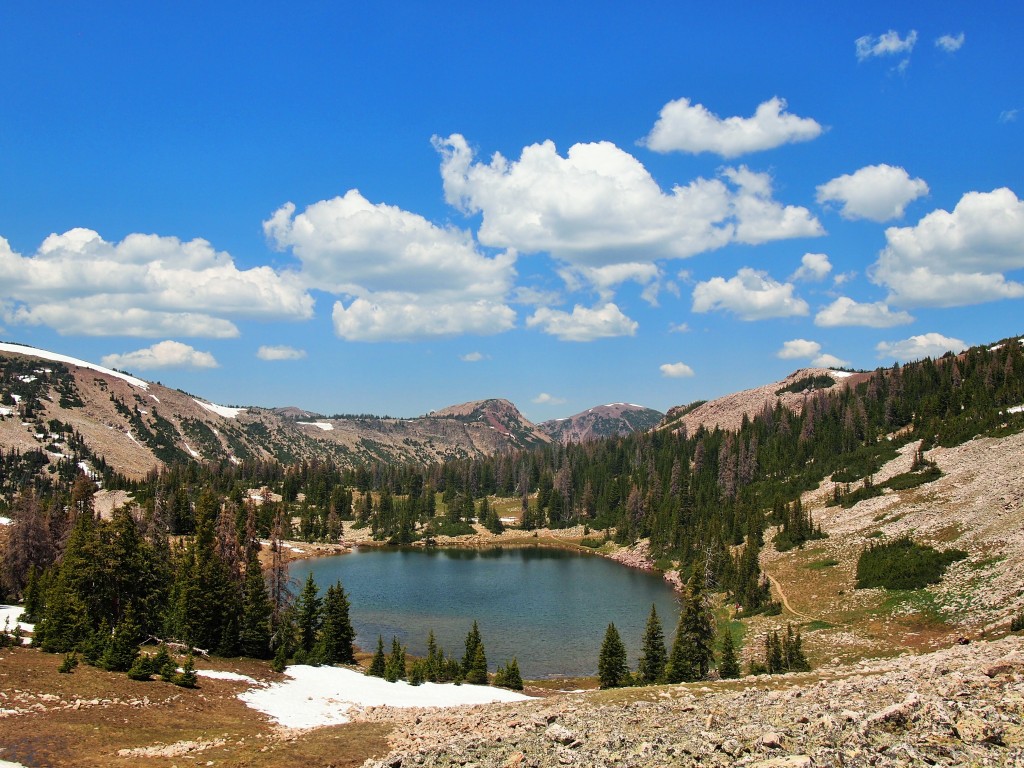 Gorgeous view of Lofty Lake below

The view of Lofty Lake from the saddle was absolutely stunning – a true postcard picture. Lofty Lake was our highest elevation of the hike at close to 10,800 ft. There were several people hanging out by the lakeside, fishing or enjoying a picnic lunch. A hike to Lofty Lake would be great in itself, but we continued on toward the final lake in the loop, Kamas Lake. Just past Lofty Lake we went through a pretty meadow and then encountered more snow muddling the trail a bit more. Before we began our steep descent we sat and admired the view of Cutthroat Lake.

A tiny Zach sits at the head of the lake 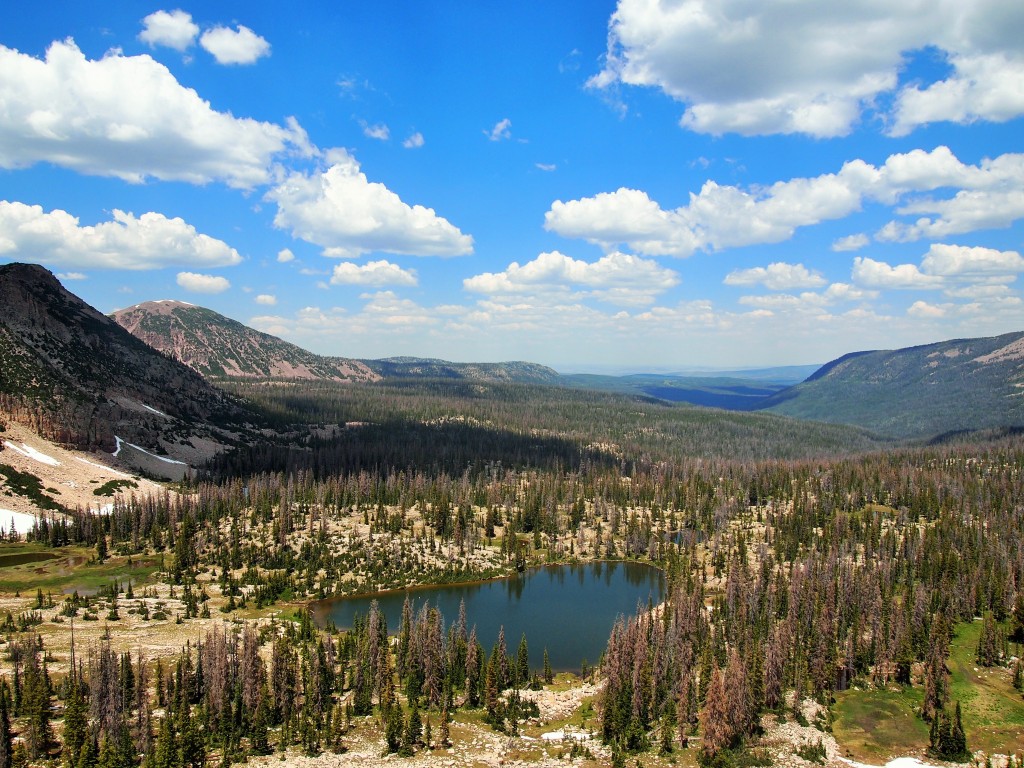 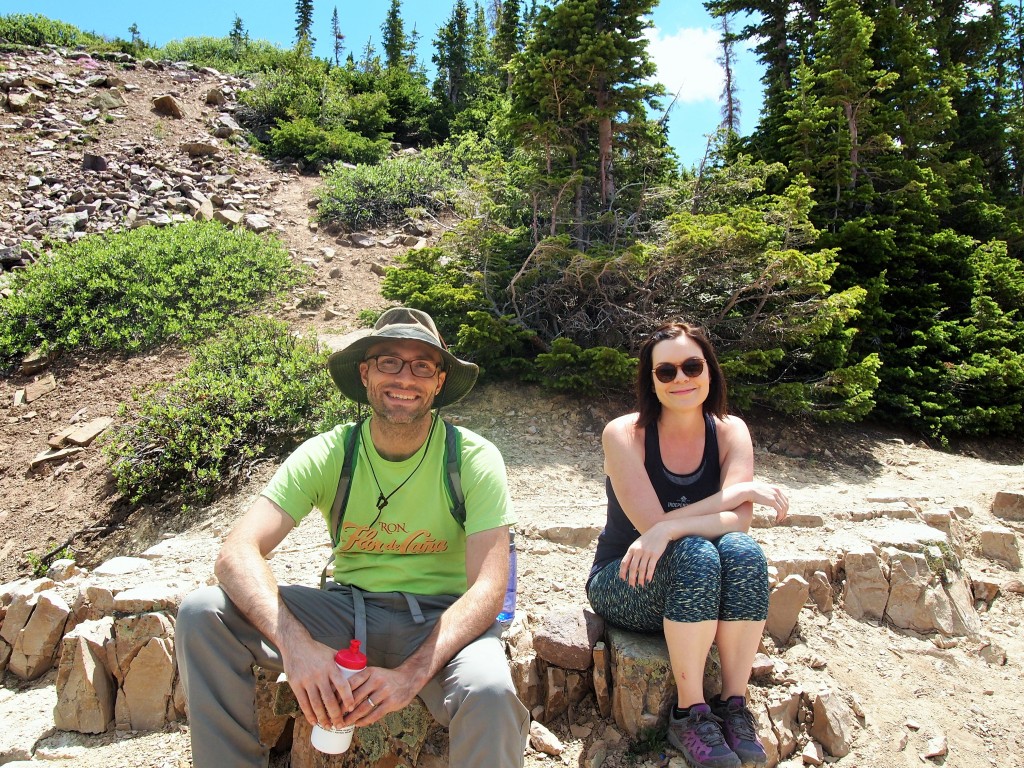 Our descent was rocky and steep and made more cumbersome with patches of slushy snow. Thankfully we were rewarded at the end with a gorgeous walk through a beautiful meadow, the croak of a bullfrog, and a glimpse of our destination, Kamas Lake. 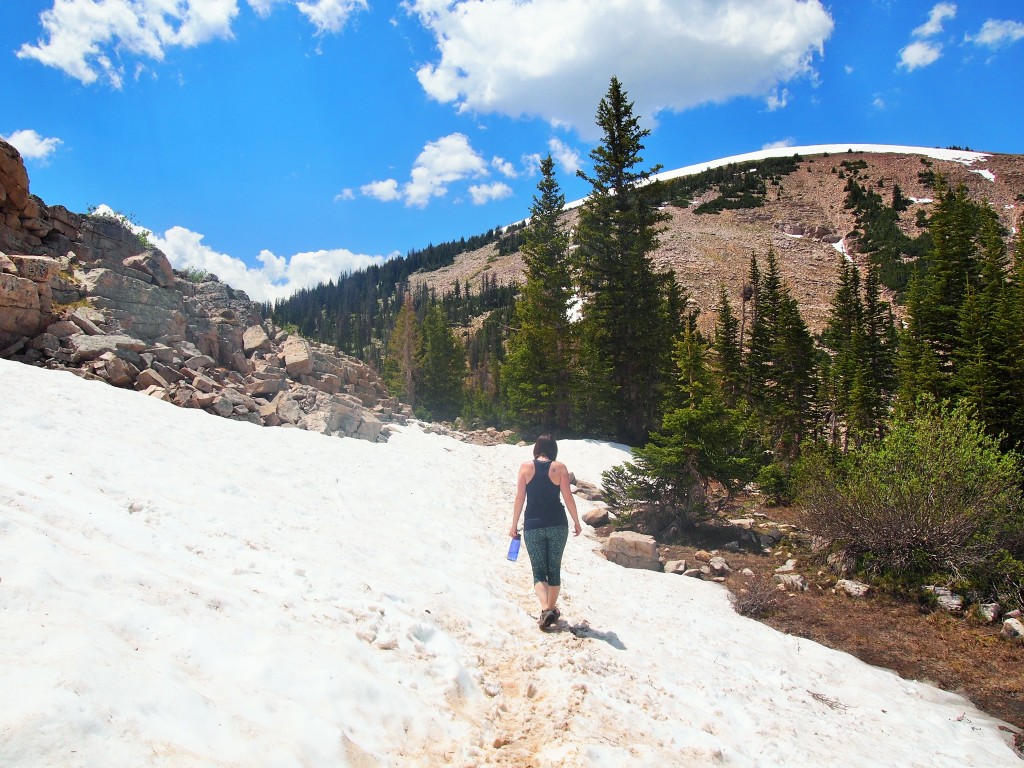 Kamas Lake (L) through the trees, several ponds to the side, and Reids Peak

We stopped at Kamas Lake for our lunch and enjoyed a little break by the water before beginning the final portion of our hike. The last half was mostly downhill, though the trail prevented us from going too quickly at first as it was a steep collection of loose rocks and gravel. We wound our way through a nice shaded forest before coming to Reids Meadow which provided a perfect panorama of Bald Mountain and Reids Peak. Then it was a short way back over babbling streams and a couple felled trees to the parking lot.