We had visitors the previous weekend and did a mid-week hike for the 4th, so we decided to relax a little this past weekend. Temperatures have been high recently and we wanted to escape and spend some time near water. We decided to check out East Canyon State Park in the Wasatch Mountains northeast of the city.

The park is basically just East Canyon Reservoir so its primary uses are recreational boating and fishing. There are day-use areas and campgrounds at the southern and northern ends of the park along with multiple places for people to pull-off and set up along the shore, though some areas can be rocky and without much of a shoreline.The park has two more group campgrounds southeast of the reservoir at Mormon Flat where part of the Mormon Pioneer Trail is accessible.

The park sits at 5,700 ft. so it’s not terribly high but was 10 degrees cooler than the Salt Lake Valley. On our way to the park, we went over Big Mountain Pass, part of the Hastings Cutoff route, which the Donner Party and Mormon pioneers used to reach the Salt Lake Valley. 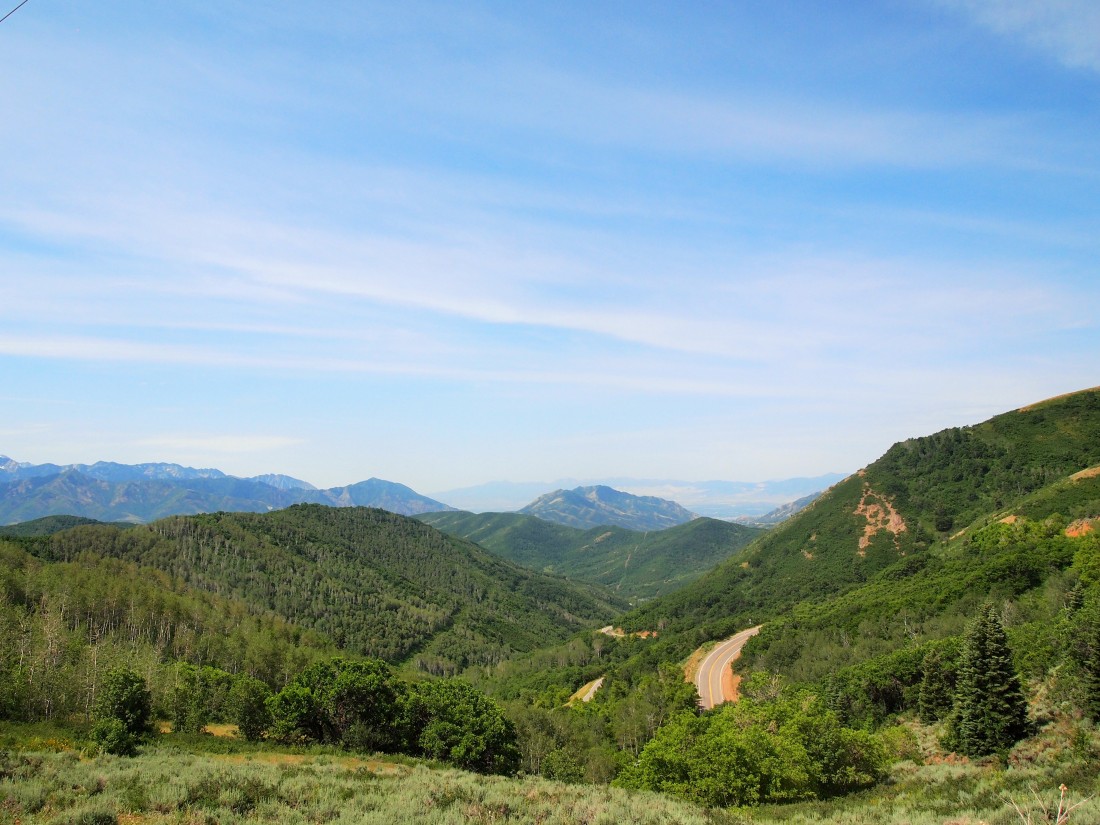 The view of the valley from Big Mountain Pass

We decided to use the day-use area on the northern end of the park instead of pulling off somewhere along the reservoir. The northern end has a marina, convenience store, and 3 yurts in addition to the day-use area and campground. At the water’s edge, there are several small pavilions and all were full or reserved by the time we arrived around 11:30am. 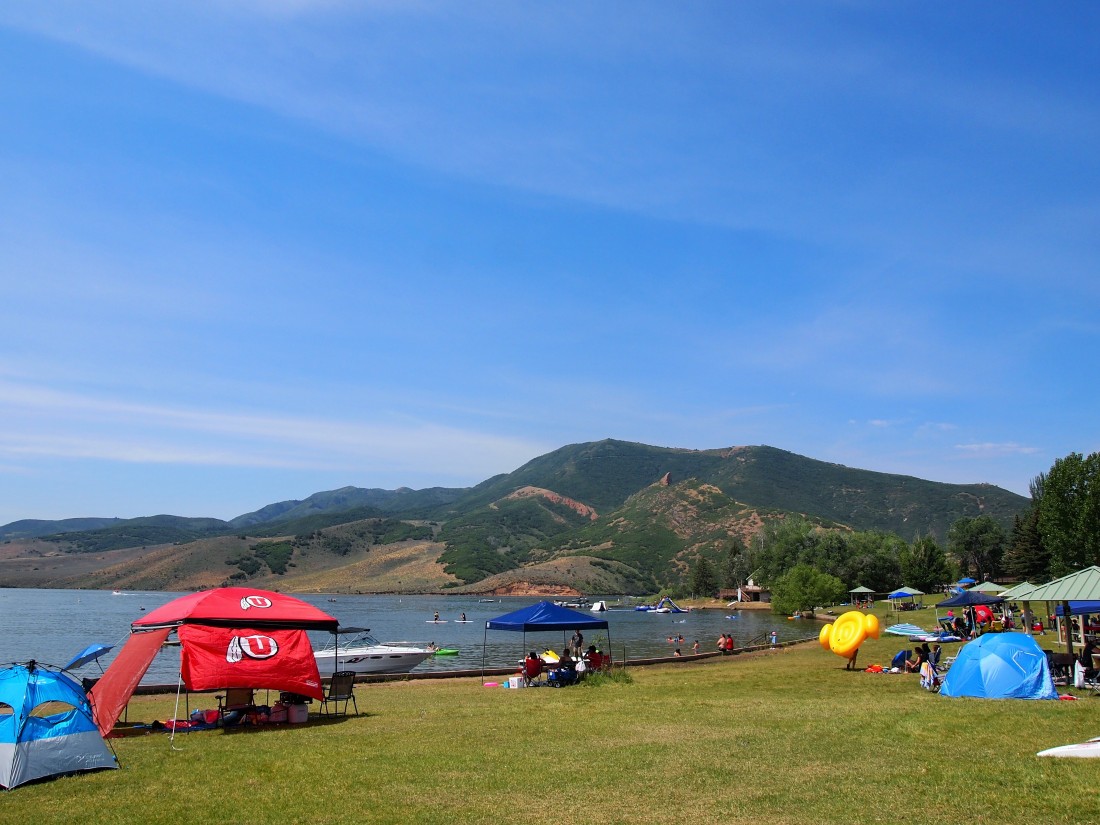 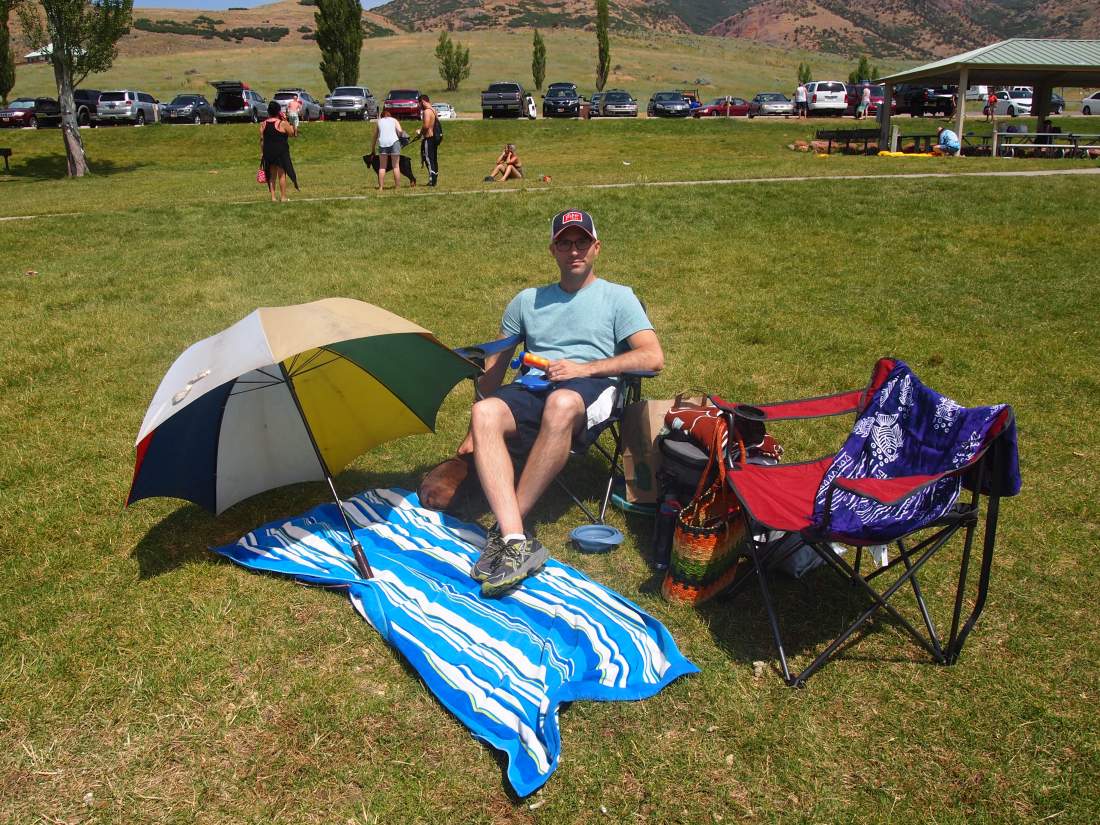 It was a pretty pleasant day. Though it was still quite warm, we were able to sit in the sun comfortably. There was a decent breeze and we could find relief in the reservoir any time we felt hot. Truman wasn’t crazy about swimming but he enjoyed his time outside – mostly sun-bathing after each trip to the water. The day-use area was large, clean, and had plenty of space for people to spread out and enjoy themselves. Though, I can see the appeal in pulling off the road and finding a more secluded space to float around in the water. Maybe we’ll try that next time. 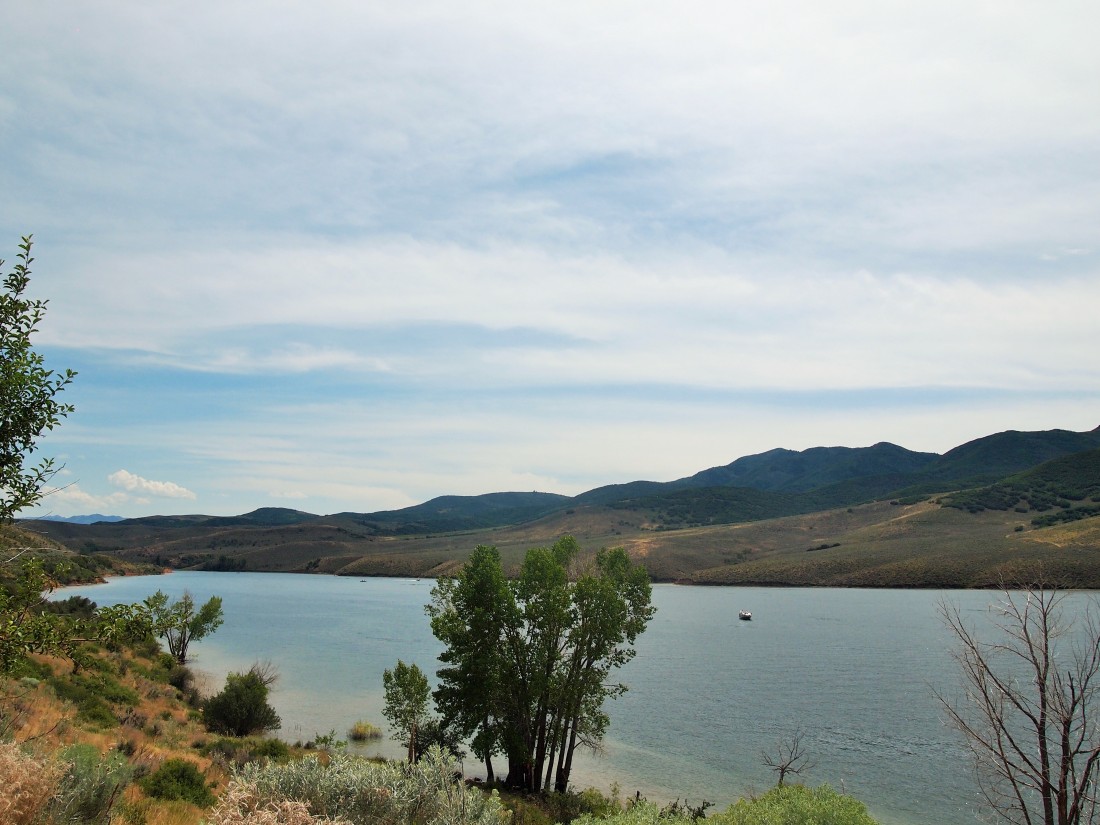