Before heading to Salt Lake on Sunday, I had one last stop I wanted to make: Coral Pink Sand Dunes State Park. It was only a short detour off Highway 89, not far from Kanab, and would delay us about an hour or two.

Coral Pink Sand Dunes is a little off the beaten path, but is well situated between Zion NP and Kanab, so it probably receives a lot of passers by. The park seems to cater mostly to OHV (off-highway vehicles) tourists, but there is a day-use area for those of us on foot to picnic, walk around the dunes, or simply view the dunes from a platform. There’s also a campground which would make a nice/cheap place to stop between other sites in the region.

The dunes from the viewing platform 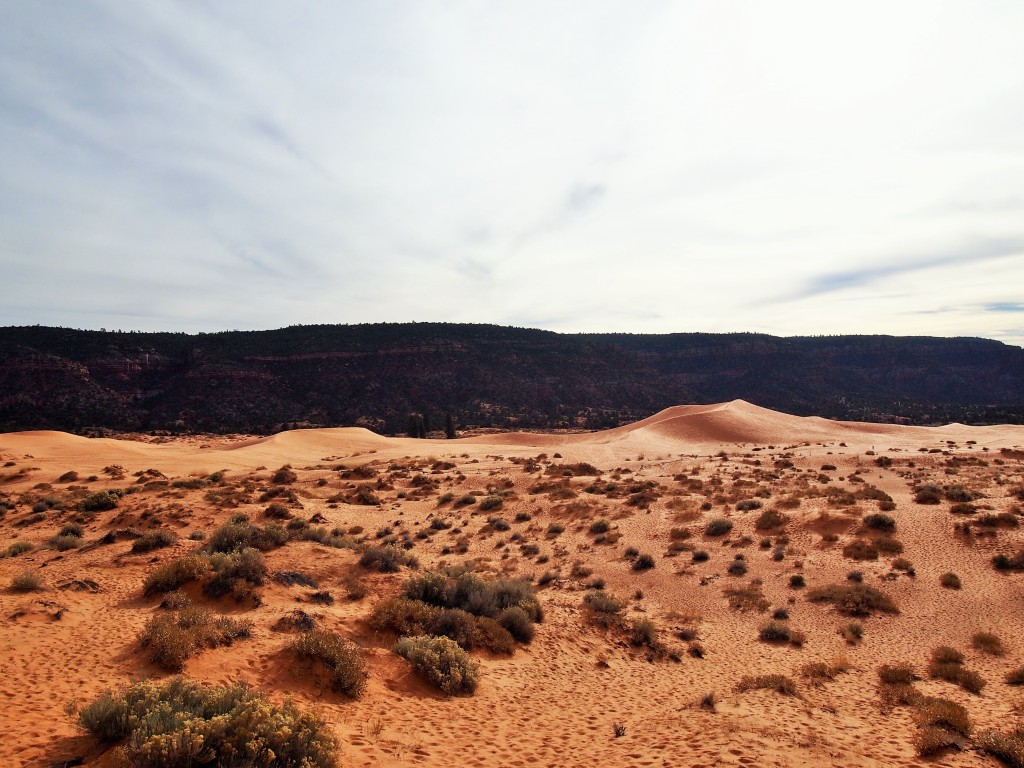 We took in the view from the platform before going off the sidewalk and into the sand itself. There were only four other people when we arrived, so after we reached a more isolated location, we let Truman run around. The sand was incredibly fine and quite cool. It obtains its coral pink shade from the eroding Navajo sandstone in the mountains nearby. A notch between Moquith and Moccasin mountains allows the wind to reach higher velocities. When it does, it picks up fine grains from the sandstone and then deposits them in the dunes. 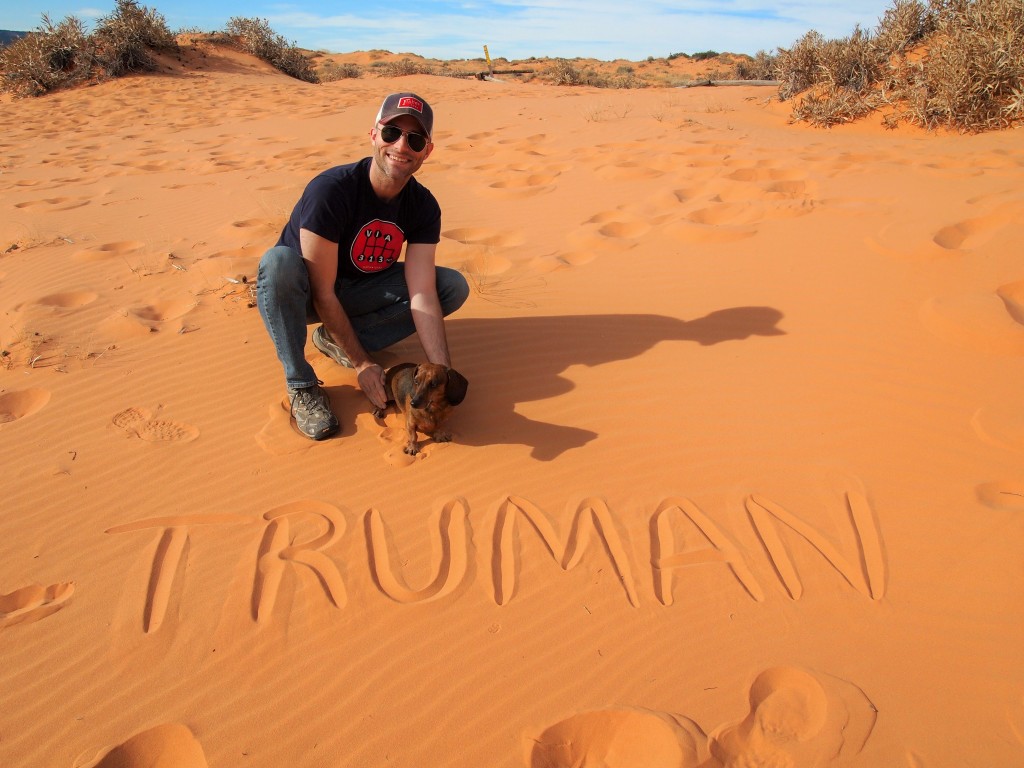 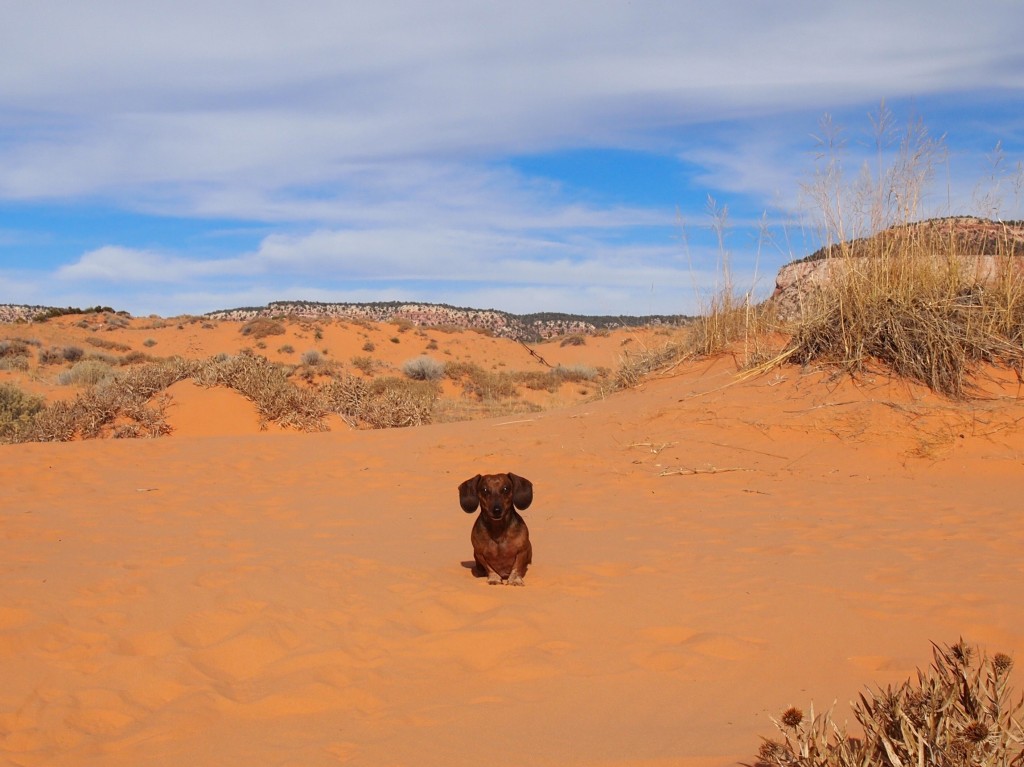 We decided to walk out into the dunes and climb to the top of the tallest one. We easily followed the spine of the dune though it became increasingly more difficult to trudge through the sand. Truman eventually required some assistance. Even I wondered why I had suggested we do it. Thankfully, the views were worth the effort.

View from the top (south)

View from the top (northwest) 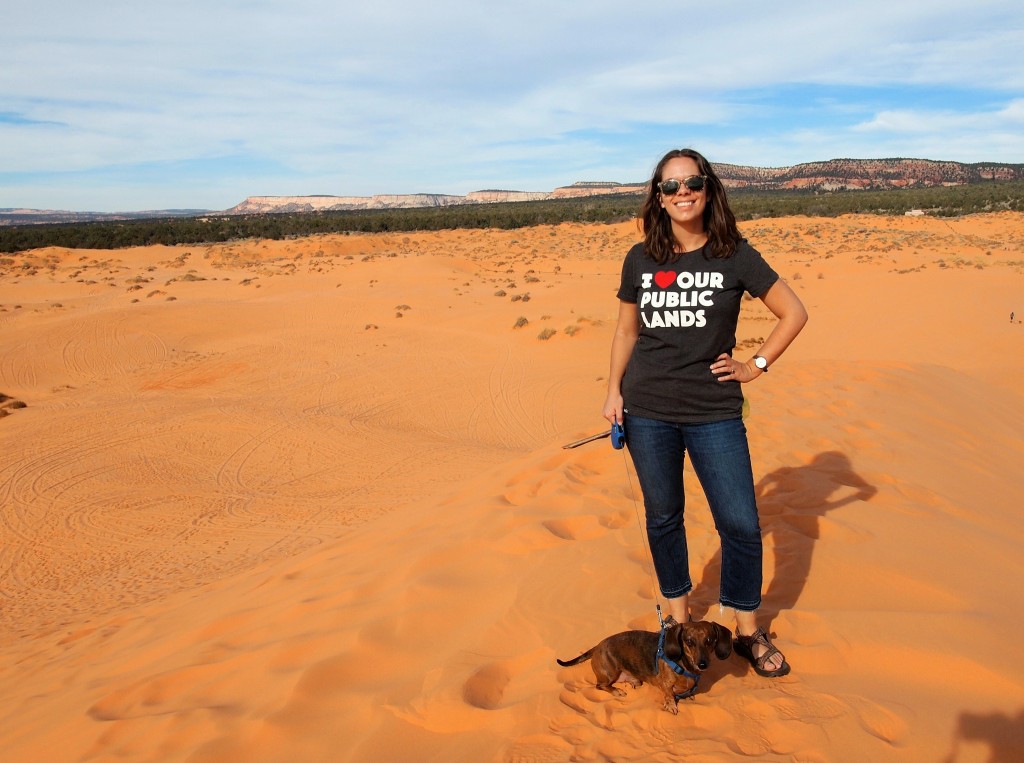 The trek to the top wore Truman out. He was eager to get down but not to walk back to the parking lot. We ended up doing a combination of prodding him along and carrying him. This was really my plan all along. I knew that if I exhausted Truman with a side trip, he’d happily sleep the entire way home. And so he did.