In the French Countryside

We slept in on Saturday morning and then went with Stephanie to Cafe Riche – where they also provide free wifi. We did a little work on the computer and then went back to Stephanie’s to get ready for the day. We had planned on meeting Nam around noon at a tram stop near his parents’ home (with whom he was staying on holiday). We went to the grocery store to pick up picnic items and then caught the tram. Nam picked us up in his car and we headed out into the Cevennes (pronounced Sayvin) Mountains, north of Montpellier.

We went to a portion of the Vis (pronounced Veece) River, Cascade-a-Saint-Laurent-le-Minier, to go swimming and have our picnic lunch. It was really pretty. There was a wide waterfall and rocks all around – to jump from or simply lay upon. We had a little feast of avocado, goat cheese, baguette, olives, salami, and cider. It was delicious. Then we each took turns jumping from a small cliff – I may have taken a bit longer than the others, but eventually did it… We hiked up to the top of the falls and explored the area a little too. It was a very relaxing and reminiscent of places in the Texas Hill Country – although the water was much colder. 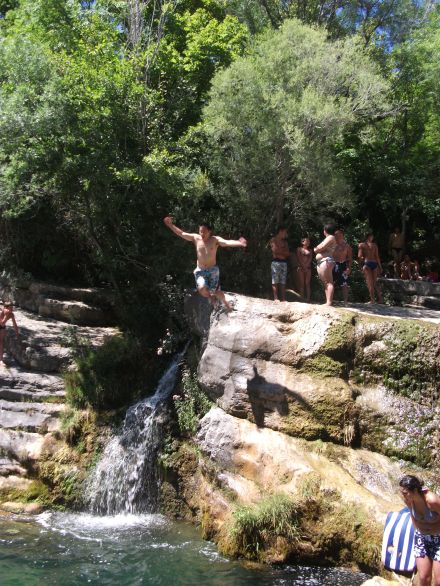 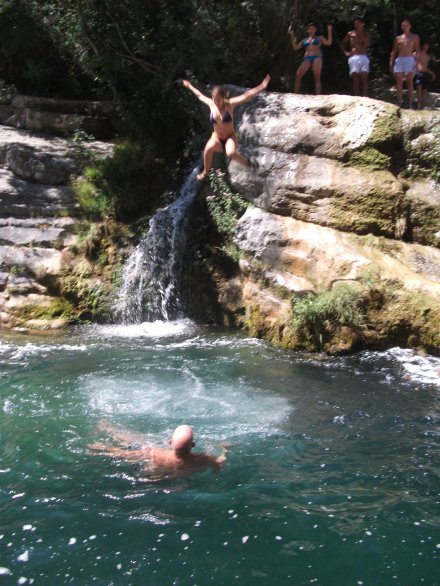 We left after a while and Nam took us to Cirque de Navacelles. There is an observation center at the top of a mountain, so first we had to wind our way up a one-lane road (with two-way traffic). The view was breathtaking; Nam called it the French version of the Grand Canyon. The canyon certainly was beautiful and in the bottom we could see the “cirque.” The cirque is a circular path the Vis River used to flow around a rock outcropping, it now flows through the valley, but its former path is still incredibly visible. As we started driving down the mountain we turned toward the town of Navacelles for more swimming and our dinner picnic. This time two of Nam’s friends met up with us. We found a great rock above the falls and feasted again, this time with the addition of a roasted chicken, peaches, chips, and wine. Stephanie and I felt the water was a little too cold this time around, but the boys all went down the falls for a dip in the water. They jumped into what Nam termed “The Bowl,” a small, round hole of water surrounded by rock in the middle of the falls. 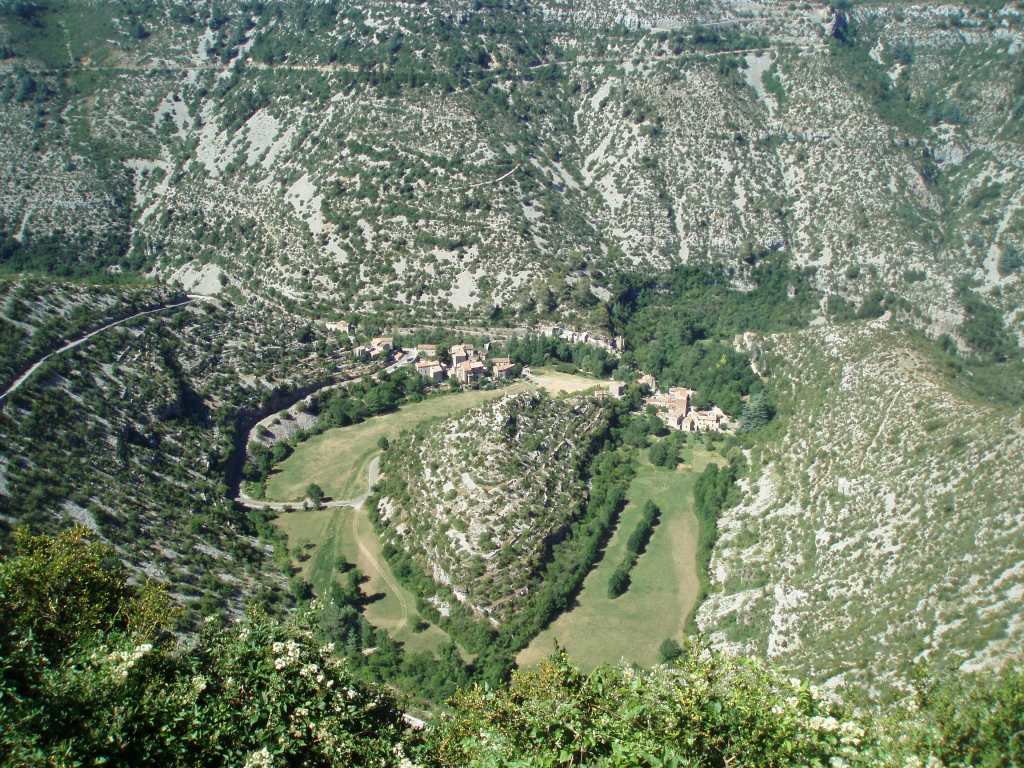 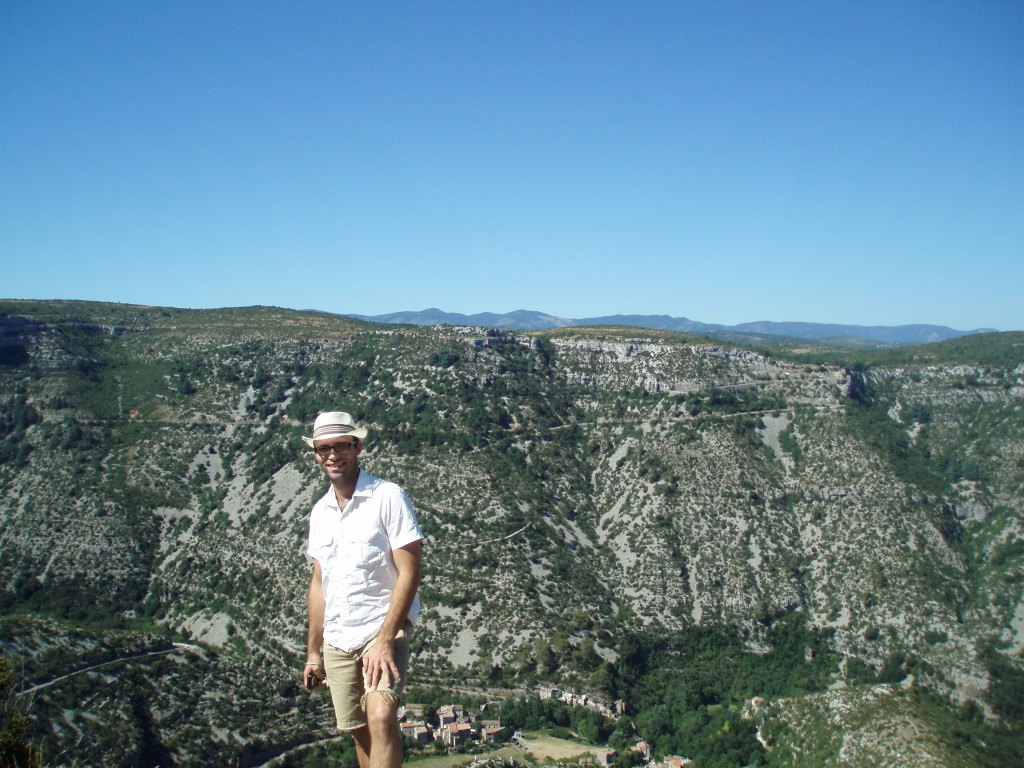 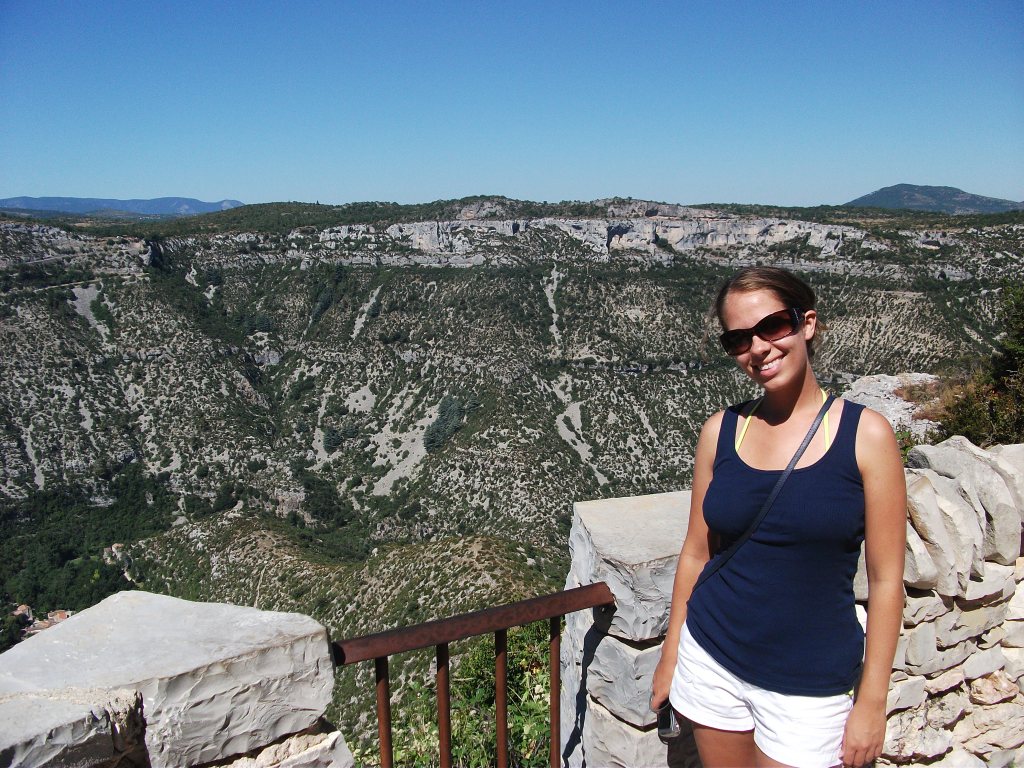 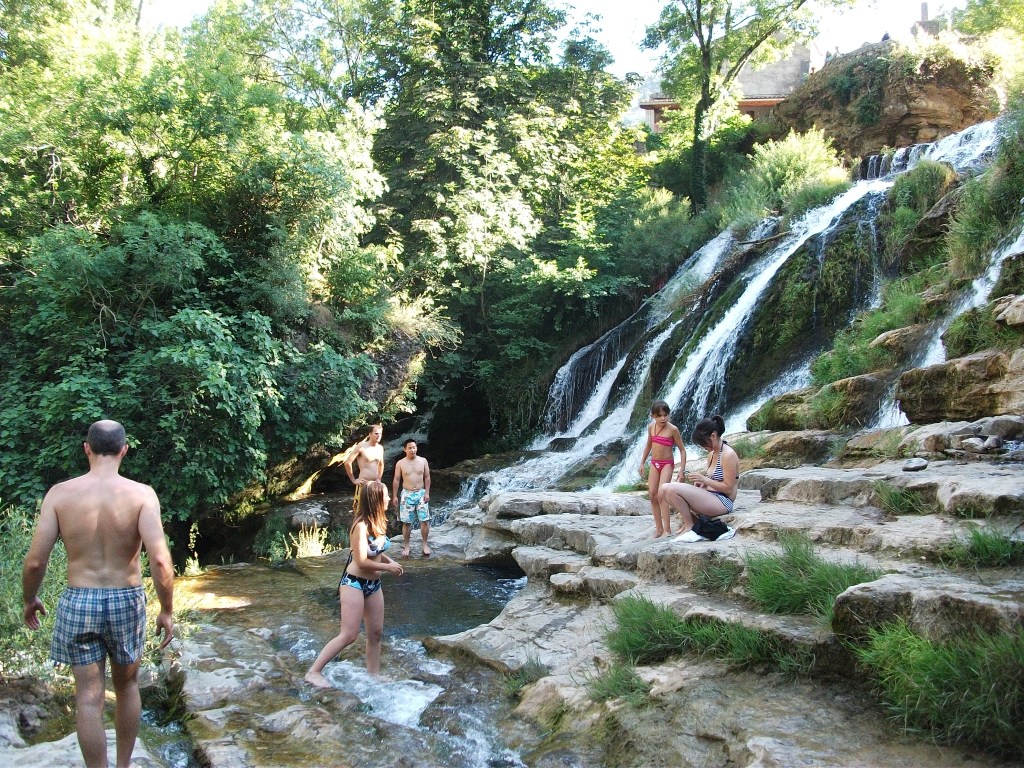 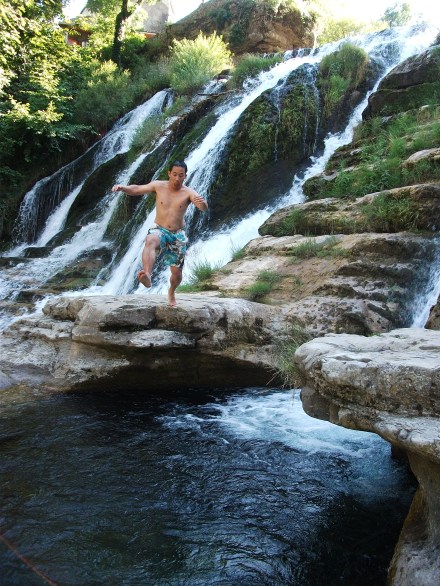 Nam jumping into The Bowl

Then, after the repeated insistence of a French child, both Nam and Zach jumped from the rocks into the waterfall. They did it not once, but twice. According to Zach it was one of the most exhilarating experiences of his life… it was one of the most tense of mine. After a few hours we packed up and headed back to Montpellier to end our perfect day in the French countryside.

Zach jumping in the waterfall

Nam in the waterfall 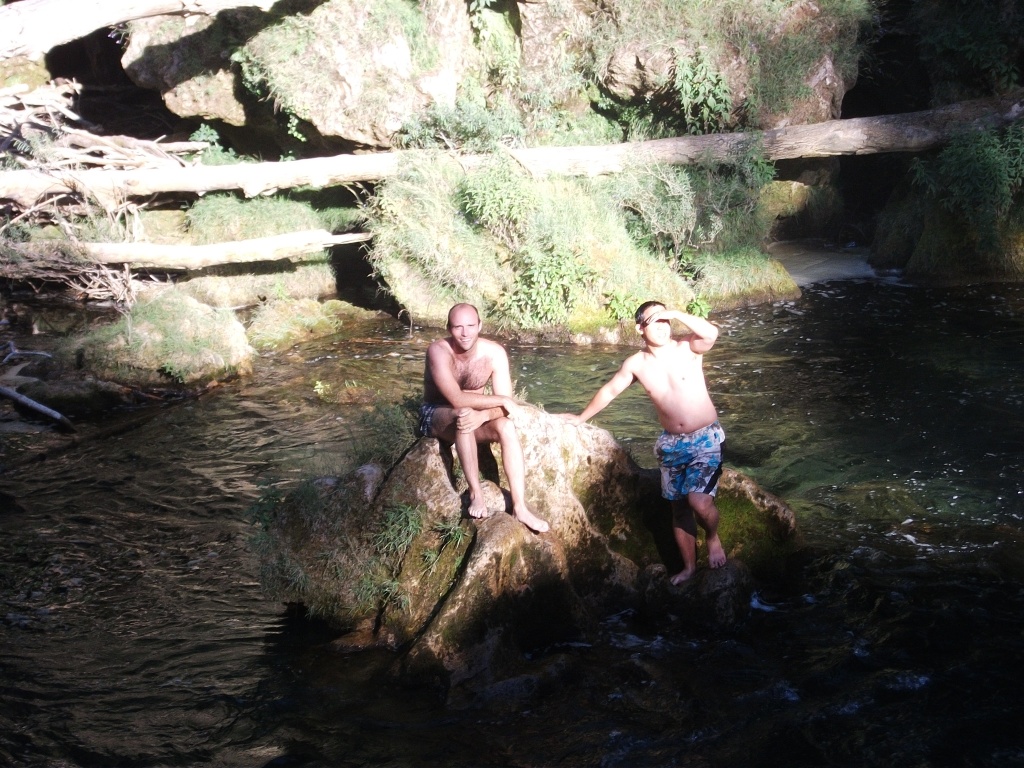