For our second evening we decided to land in Moab, Utah. Moab is the base for two national parks – Arches and Canyonlands – but also plenty of BLM campgrounds along the Colorado River. Just outside of town, Hwy. 128 runs along the river. There are various campgrounds, hiking trails, a bike path, and picnic spots along the way. We didn’t quite know what to expect, but we hoped we would be able to get the truck down the canyon and into a camping spot. 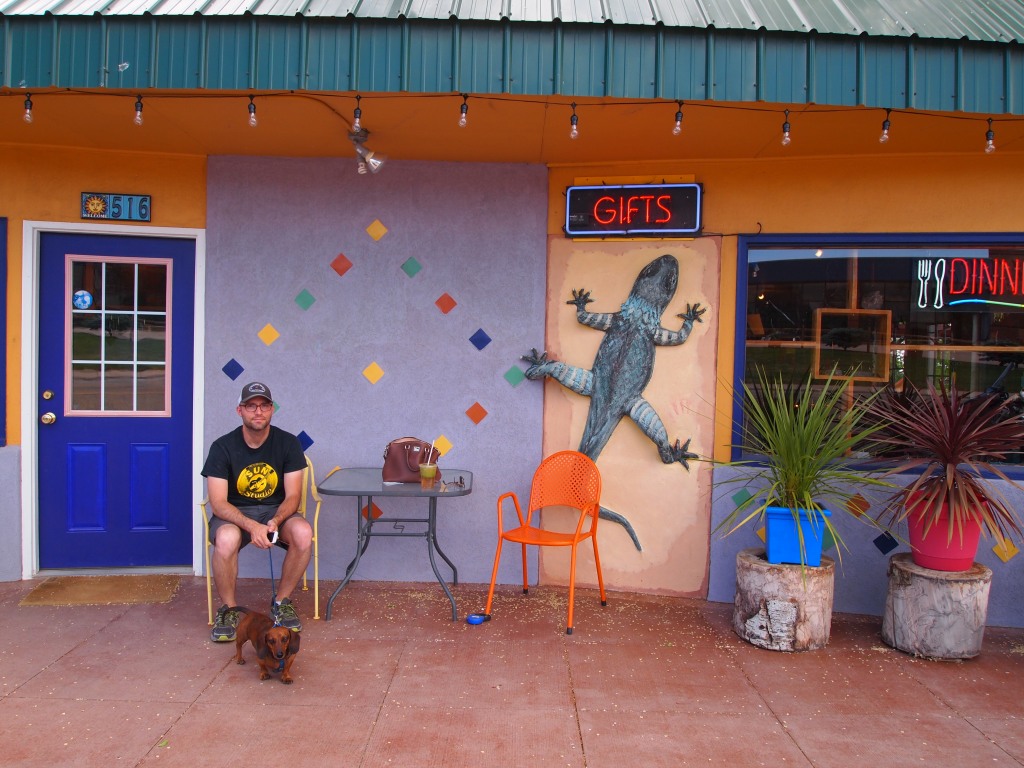 Church Rock on the way to Moab

Thankfully, Hwy. 128 is a fairly wide road. We left the truck at the entrance to the canyon and decided to scout out a campsite first. There were a couple tent only campgrounds that looked nice but we continued to Big Bend Campground which had a nice large site still available with room for the truck and the Subaru. We decided to set up camp first and then bring the truck back later.

Bike path along the river 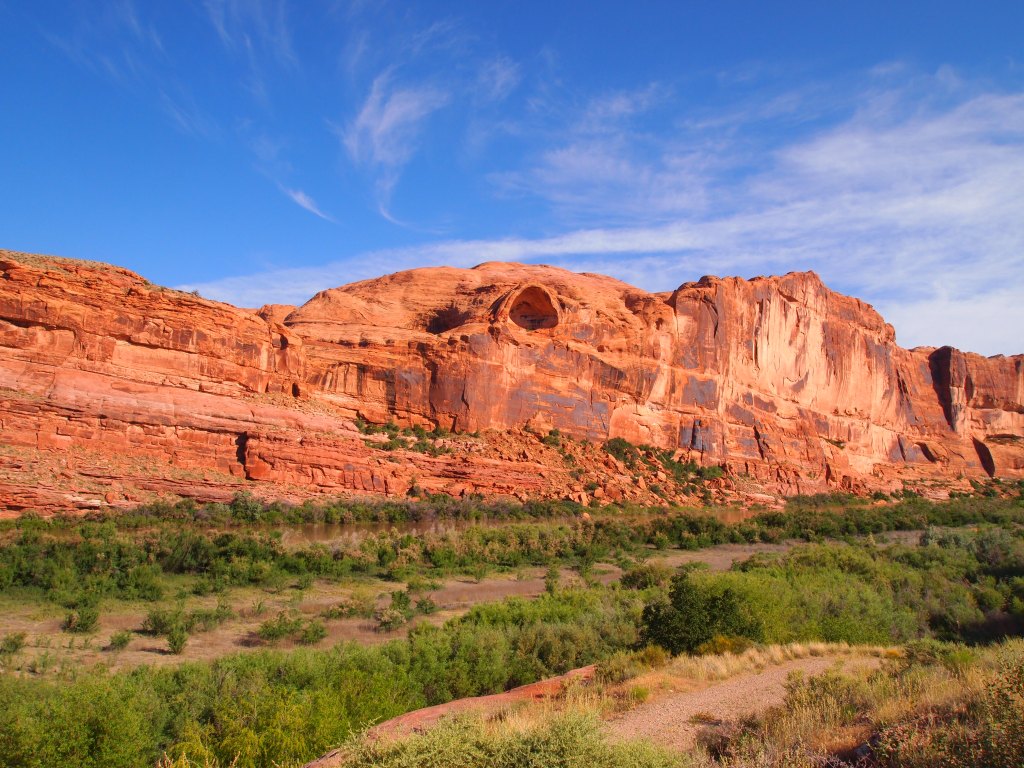 Even though the scenery was gorgeous, the temperature was much higher than we had hoped. It was 100 degrees at least and our site had no shade. So after we set up our tent we drove back into town for some frozen yogurt. We sat on a mist-covered patio for a while, enjoying the cool breeze from the fans. Then we popped into a grocery store to grab a few things for the evening and ventured back to pick up the truck. I’m sure it seemed strange to our neighbors when we pulled into the campground with a moving truck. However, the truck provided us with an unexpected benefit: shade! Once it was pulled into our spot, we had ample shade to sit in, and although it was still hot, it was much more bearable. The only real drawback to the site was Truman’s intense hatred of the desert spiny lizards of which there seemed to be an endless supply.

Enjoying the shade from the truck

Admiring the view together

Having a Real Ale in Utah

Hwy. 128 runs along the Colorado River for quite a while until splitting off to meet Interstate 70. We drove a bit farther down the road in the evening and then strolled around our campground a bit as well. It ended up being a quaint little place. 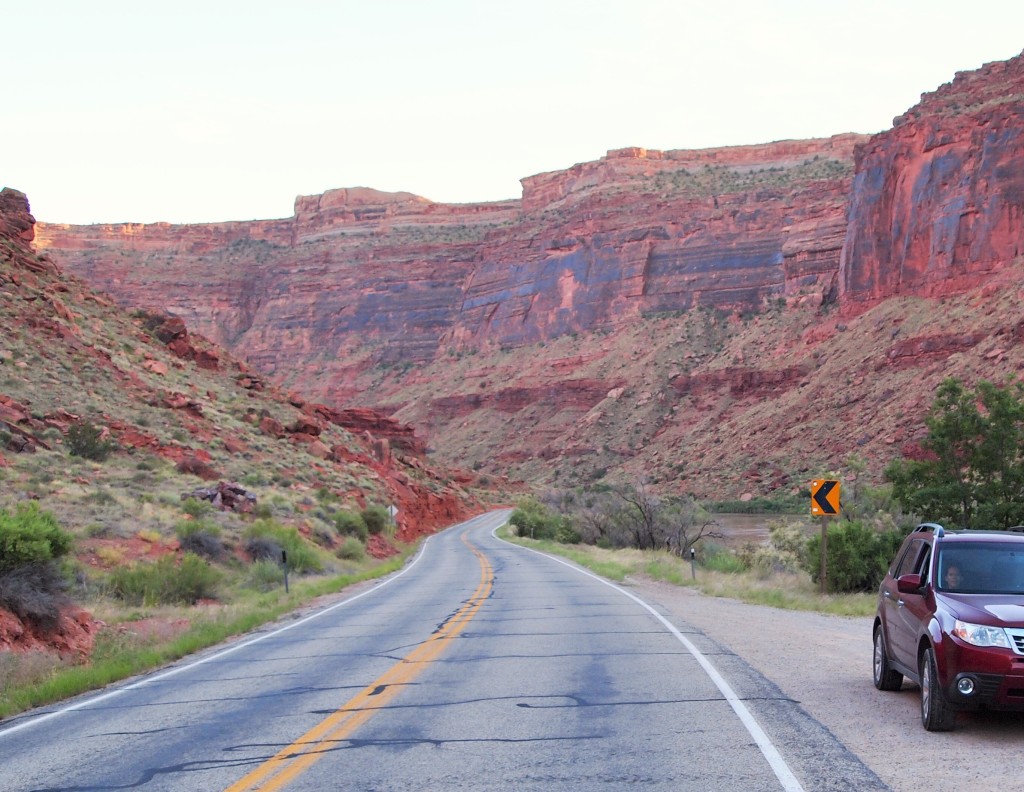 Out for an evening drive

The next morning we packed up for our last day of driving. We only had a three hour trip to Salt Lake City, our shortest so far. Unfortunately, that meant the journey was over and unpacking would be imminent. Truman and I stopped along the highway to take some more pictures of the river and canyon, and then we were off to our new home. 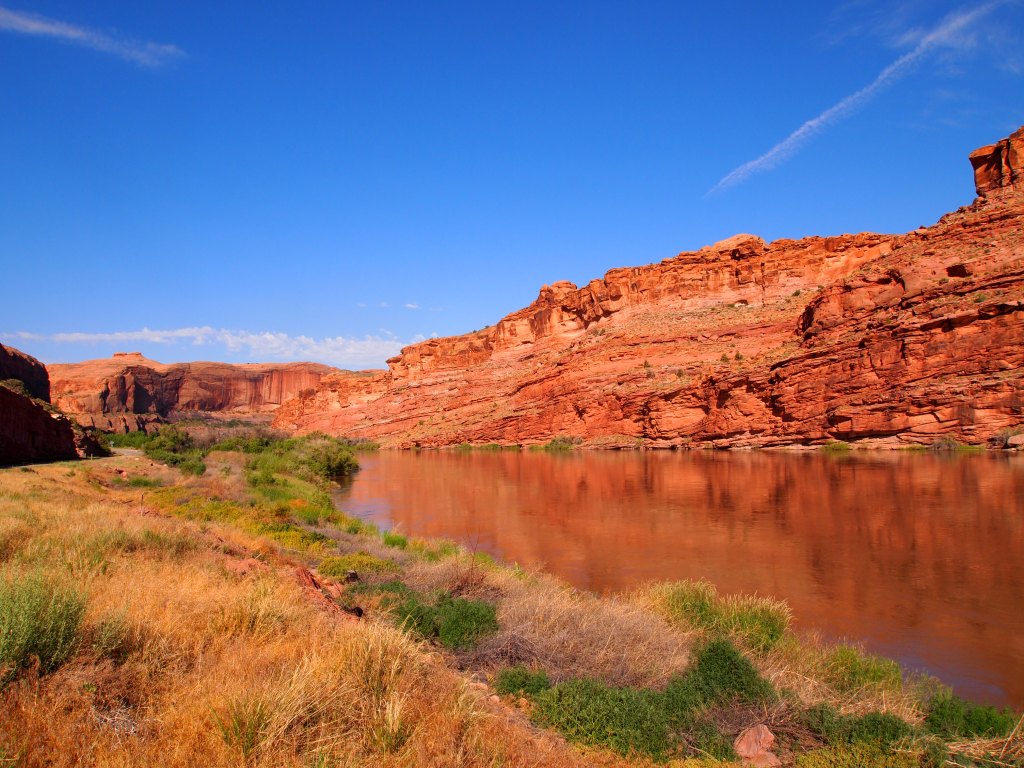